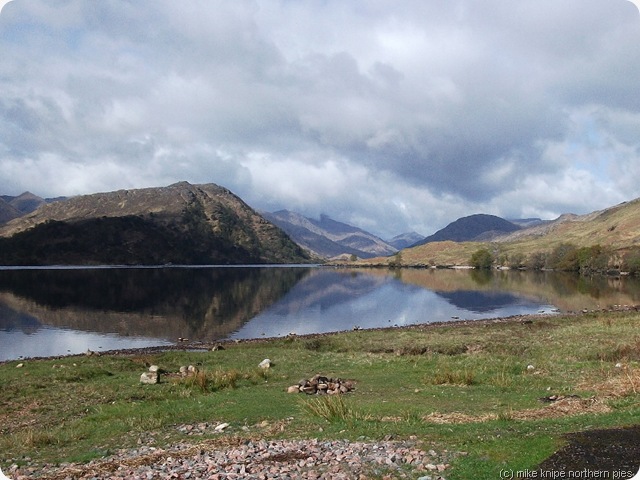 Sooner or later, probably sooner, I suspect, I’m going to run into trouble with this current style of titling the blog posts.

Can I keep it up for another three or four posts?

Anyway, day 3 of the TGO and I decided to get to Spean Bridge. I’d been warned that the walk along the road by Loch Arkaig was a bit of a plod.  Its probable, though, that most people walking along here are starting to suffer the  compulsory sufferring allocated to Day 3 of most long distance walks. 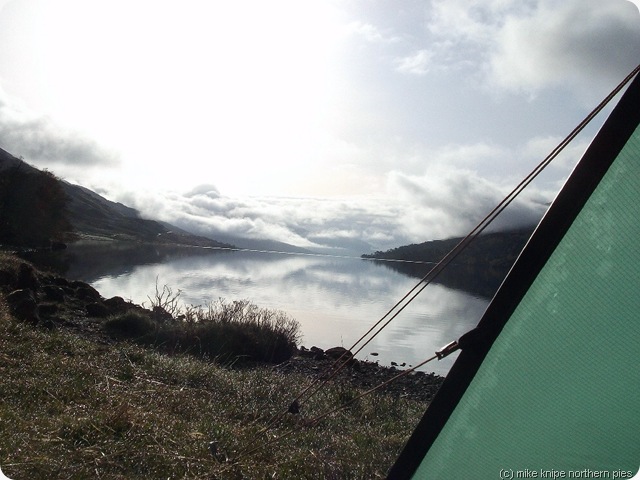 But, as I’d done bugger all the day before, I thought it was, in fact, quite fab. There was no traffic and the views and the sound of the small birds singing sweetly/threatening each other with violent death/offering nice nesting places and worrabout a dirty cuddle etc. made it all quite pleasant.

I stopped often and brewed up.

Sometimes I snoozed for a while. 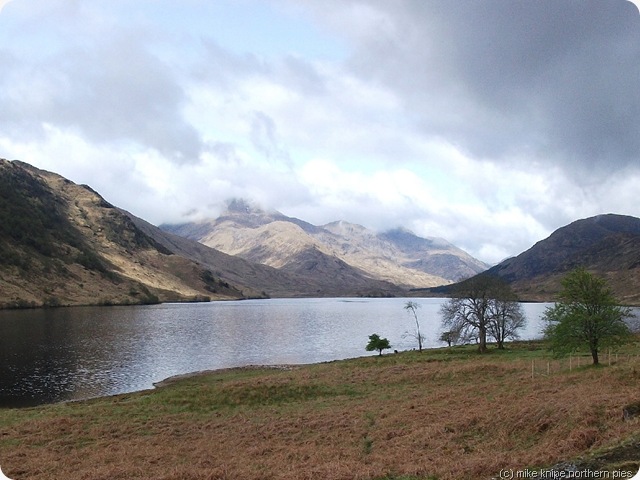 Aftre four hours of this, I did get a  bit grumpy, but it al came to an end and it was time to wander up the Great Glen Way to Gairlochy. Unfortunately, this was closed due to dangerous trees or something and I followed the “diversion”, which basically involved walking up the road.

Heading up the road towards Spean Bridge, I turned off into a field full of frisky beef, whom I treated to a bit of shouting and stick waving, and then discovered a new path which goes by an ex general Wade bridge wot has fallen down and was where just eleven lightly armed highlanders and a piper scared the willies out of 80 members of the British army intent on reinforcing the garrison at Fort William. 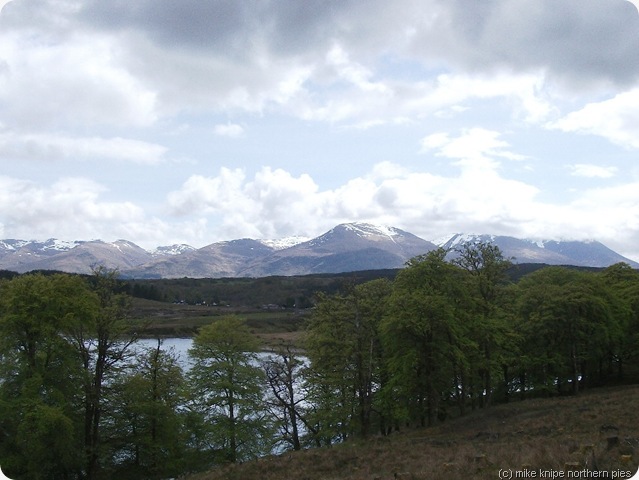 Then I was in Spean bridge where I got a place in a B&B managed neurotically by a rather strange little man, and I briefly met Ken Knight in the pub. Ken was having a tough time and had changed his route.

I slept badly. Spean Bridge has very noisy roads. The idea of moving up from Birmingham to run a B&B in the Highlands only to be faced with the noisiest road junction for twenty miles must , I suppose , be the reason for the neurosis.

Kylie was a no-show yet again. I’m beginning to think she’s playing away….. 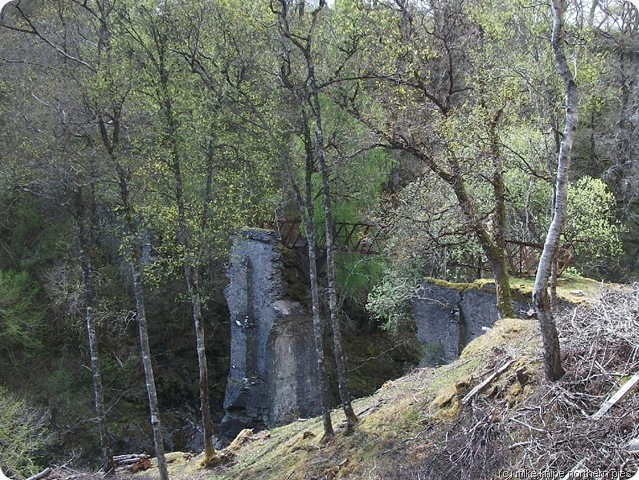 Breakfast was well cooked but sparse in comparison with later breakfasts. The plug hole in the shower was bunged up (presumably by previous people’s pubes)  and even I could have grouted the tiles better than that.  I was ripped off for coin-in-the-slot sock-drying facilities (it probably would have cost me the price of several pairs of new socks to dry two pairs of old damp ones)  I left as quickly as I could in the morning.  The local tourist industry starring system is clearly a joke.

I’m much happier now, thanks, what with all the tablets and the cognitive therapy.