The Sound of Silence (Taking LTD Away From Fireworks) 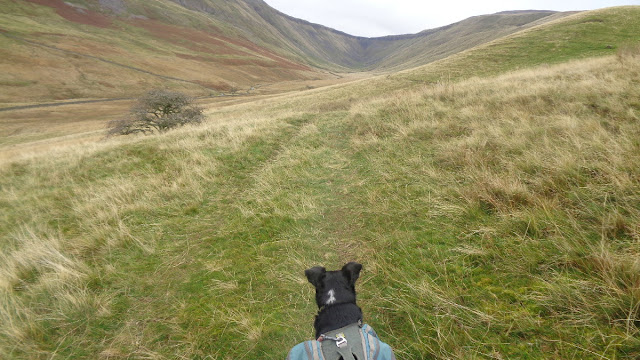 LTD is scared of the noise of fireworks. He's also scared of the noise of war films and documentaries, especially those involving the whistling of dropping bombs. He doesn't know where to hide and it all gets a bit frantic. So, every year, around Gunpowder Treason and Plot time, I take him as far away from the chance of hearing bangers or rockets or roman candles or any other kind of whizz-bang as possible and this provides an ideal excuse to find a quiet spot and camp-out for a night or two. In previous years, others have joined me, but this year it was just me and the dawg. 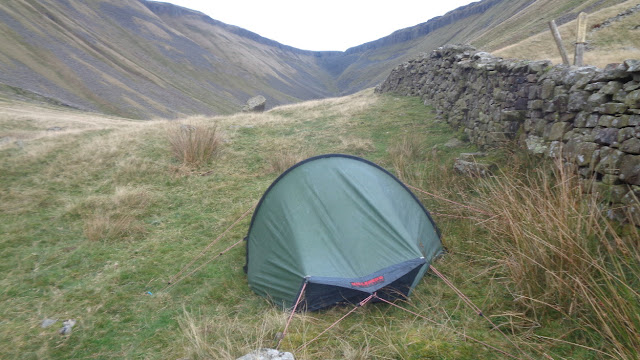 I doubt if I need to detail exactly where this year's camp was, so I won't. I will say that the walk-in took just about two hours. A shorter walk-in is possible, I would have thought.

So, Friday afternoon I erected my tabernacle close to a wall in anti.........cipation of November gales (which didn't arrive) , settled the dog into his woofbag (by Chrissie Crowther - look it up and get one for your camping pooch!)  and put the kettle on. In the chill of the supposedly mild late autumn, we were both soon snuggled in our respective bags - I'd brought an extra snugpack thermal blanket for extra thermal  retention of therms.. or whatever they are (look, I'm not a scientist, innit?) - which I could put over both of us.  And for the following night, the next day, and most of Sunday morning, this is pretty much where we stayed, apart from the odd foray into the rain and dark for a wee or to get more water for the water bag. 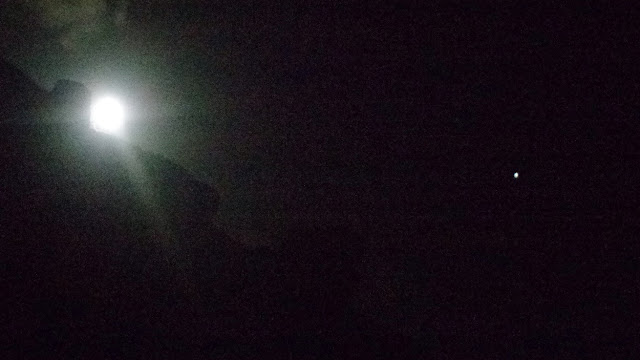 And what happened, I hear you probably ask if you've managed to read this far without drifting off into a reverie. Well, nothing happened. I had a significant amount of food (still too scared to approach the bathroom scales), I had the radio - with just Radio 4 and RTE - RTE has better music by the way - and I had a Famous Five Go Hiking book, which didn't take much effort to read, I must say. I should explain that my  reading addiction from the age of about seven and a quarter and two days, was Just William and the Outlaws. I had qualified in Enid Blyton from Noddy and Big Ears, but never progressed to the Famous Five so I felt the need to find out what I had missed. I have to say that Richmal Crompton was a much more challenging writer for a sub-eleven year old boy, with much more believable plots, humour and stories just long enough to be read between the hours (hour) of putting on the jimmies and drifting off into snoozy-sleepy-dreamyland under the covers with a torch which could also provide a red or green light at the touch of a little lever on the side.

LTD had his usual kibble and doggy food, plus some bits of dried duck (don't ask), bonios and dentasticks. He amused himself by snoring, groaning with pleasure at the sheer luxury of his nest and farting very quietly but with devastating effect. 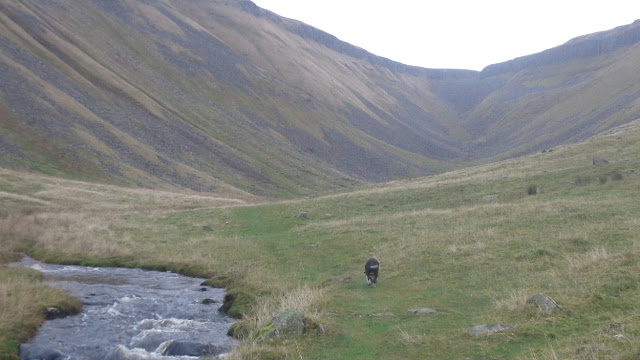 I was parked next to a stile on a path to a popular spot, but a path which was very quiet - just one group of 3 on Friday and 2 people of Saturday. The poor weather and clag on the hills was, no doubt keeping people away. On Sunday morning, about three hundred metres away, downstream, seven or eight tents had appeared. They had, apparently, arrived during the night and consisted of what seemed to be a school group with two instructors. They used the stile in the morning and the instructors were chatty and friendly. I had no idea they were there and were showing no lights when , at some point in the wee small hours, me and LTD felt the need to nip out. Wee small hours, though eh? 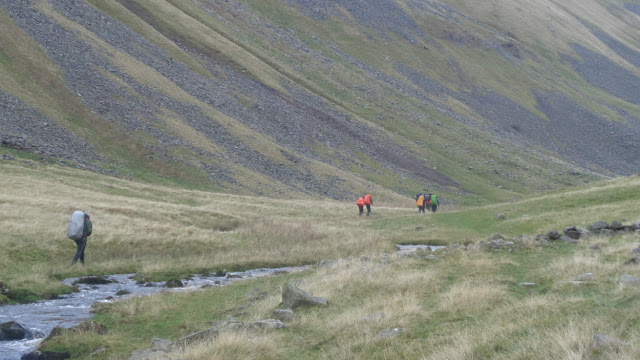 In between all of this, there was, apparently, nothing. The beck was in a lively mood due to all the rain and was providing a white-noise which blanked most everything else out. Maybe somebody fired a shotgun on Friday night. A fox barked high up in the crags. The silent moon came out for a bit and was light enough to walk without a headlight, should the notion of walking anywhere arise, which it didn't. I did open the tent doors, though, to watch the sky.  And at one point a shooting star moved from Outer space in the approximate direction of Barnard Castle. And the wind moved. And the dog snored and growled. And the radio became faint and crackly and irritating. So we both drifted away into some kind of half-dream state for hours and hours, whether it was day or night. Only visits by Mr Bladder forced us out into the weather. 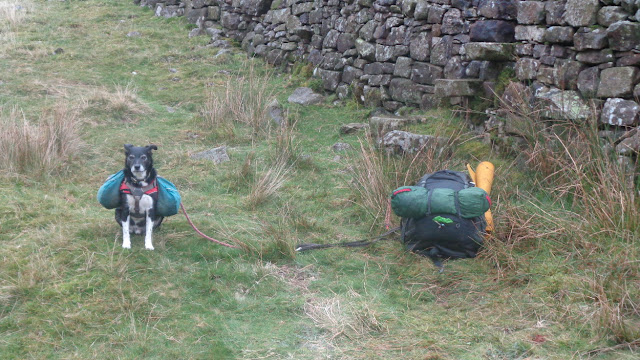 There was no boredom. In the end I could have stayed longer But I pretty much ran out of food.

But, I noticed, or was reminded, that if you listen to a beck, burbling away, it has lots of noises other than the obvious. It has little thumps and rumbles and there's some singing there. I was once camped by a stream above Glen Tilt and was listening to music on an MP3 player - quite loudly and in-between songs, I heard some singing. I thought it was a fault in the machine, so I turned it off. But I could still hear it. It was almost like a choir. Tonight's beck had , apparently, some men gently humming a vague rhythmic wordless song as if, maybe whilst performing some gentle routine task. It was there all the time should you tune into it.

I'm not mad, it's everybody else who is daft, but if there is a reason to be spiritual, it's lying somewhere in the nothingness. I would call it silence, but when the wind moves, or a stream runs, or a fox decides to bark, there is no silence. If you can tolerate doing nothing for a couple of days and you are able drift into a state of waking-dream and not get pins and needles in your arm....   turn off and tune in.... Just an idea. (Probably not a good idea to take a chatty friend or a lively pup, though) 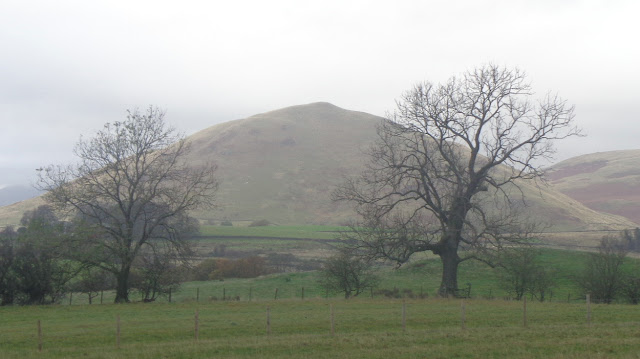