Blogging Mojo Found Inside The Sofa 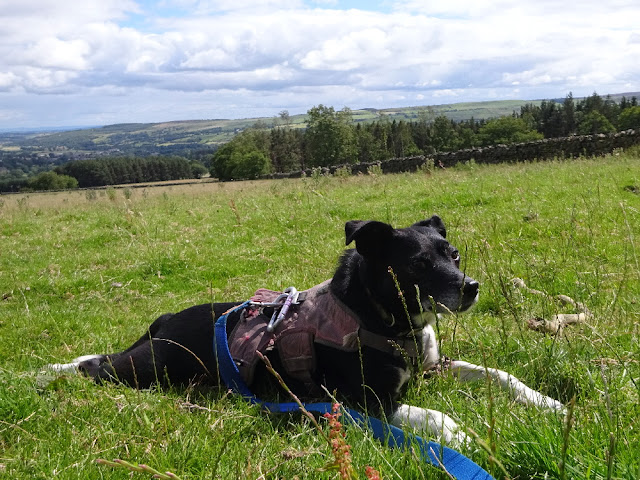 Its been a while since the last blog post. This does not mean that I've been idle - although I have been a little bit idle. The pictures in this blog post are from some of the expeditions I've not blogged about. But the point of this post, really, is not to dwell on the past but to look forward, once again, to the future. It seems that some of the shackles which have been placed on the hillwalking and backpacking, specially the inability to visit Scotland, which is temptingly close to Pie Towers, are getting ever looser. 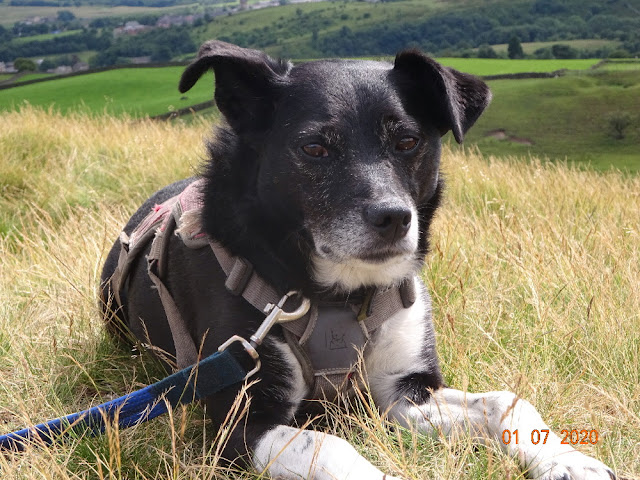 Once again, though, pictures in this blog are refusing quite pointedly to behave themselves and are either left or right justified or in the middle. This is a "blogger" thing. Sometimes they won;t go where you want them to ho and sometimes they just like to lean to the left or the right. So apologies if this spoils your entertainment but me and my mouse seem powerless in the face of intransingence. 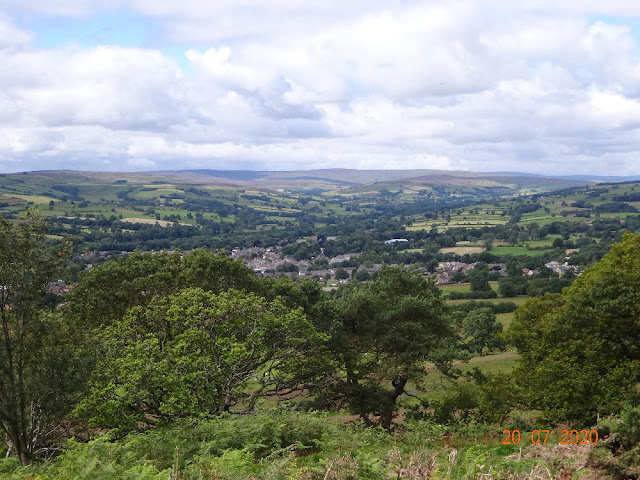 In the last few weeks, we have re-instated group walks in the Crook and Weardale Ramblers group. We have been limiting the group sizes to six, meaning that so far we have been having two groups of six on a walk. The walks have been fairly local and all around 10 miles. And whilst we're looking forward to having a "propah" walking programme as soon as we can, these have been all Good Clean Fun. 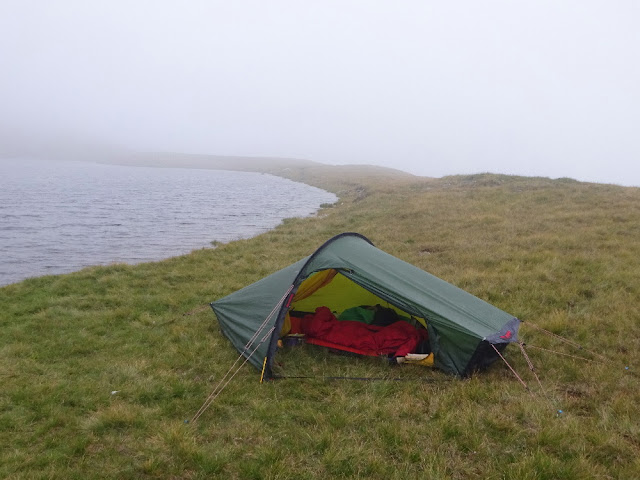 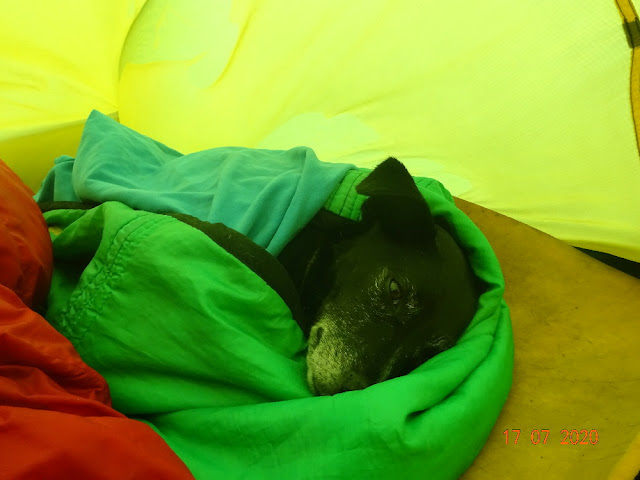 And me and LTD have had two camping trips: Two days in Lincolnshire for the bagging of the only Lincolnshire Marilyn, Normanby Wold. We got wet. It rained.
Then, we had a couple of nights by the shores of Sand Tarn , a lovely spot on a little shelf near the summit of Wild Boar Fell. This time it rained and we got wet. Even so, it had to be done. And it was nice to see the cafe/outdoor shop Mad About Mountains open again in a socially distant sort of way. I bought gas and dry bags. 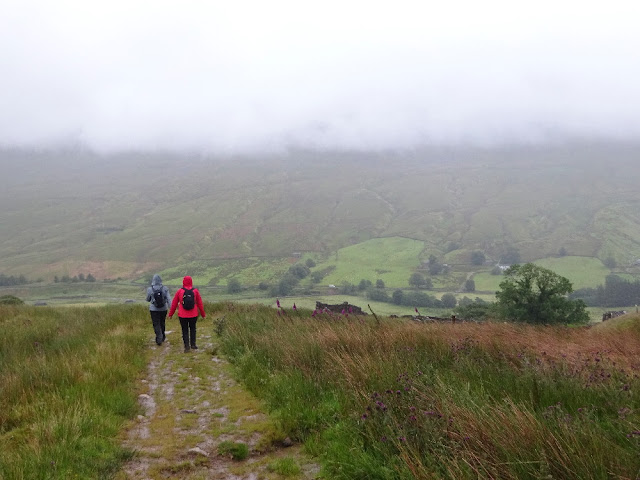 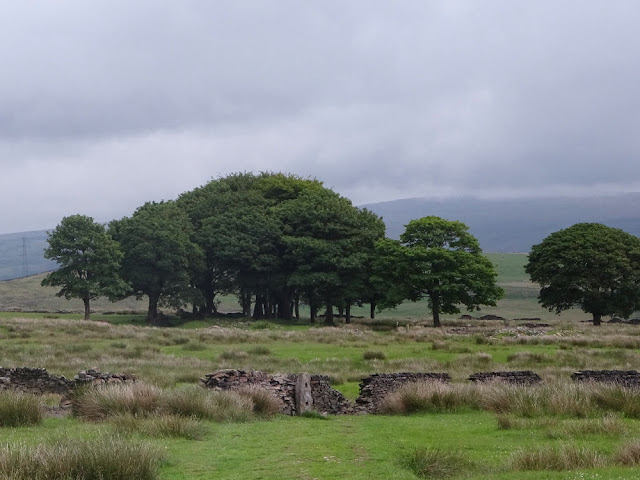 And I had a walk at Wardle, just outside Rochdale on the occasion of a visit to Halifax. Wardle is not more than 14 miles from Halifax so it can be reached by knipemobile quite quickly, even though it's technically in a foreign part of the country and completely on the Wrong side of the Pennines. Locals were quite friendly though and the cattle on the hill weren't bothered by a small black and white dog. 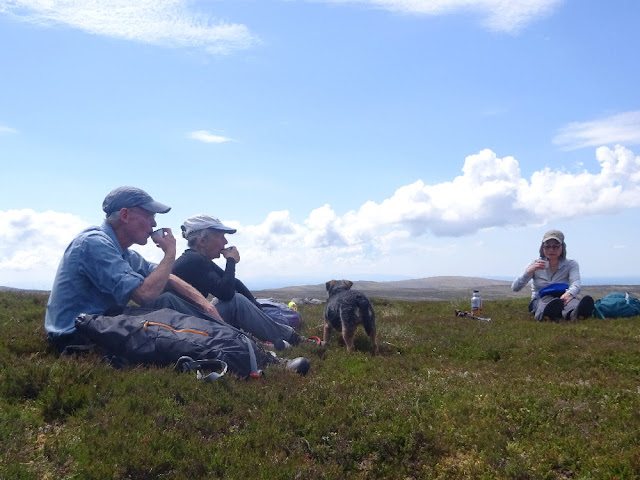 And there's been long walks with Li Yang and Diane and David and bagging walks in Northumberland  and North Yorkshire and even a pickernick with Dawn during which I got fatter and browner. But what about the future? 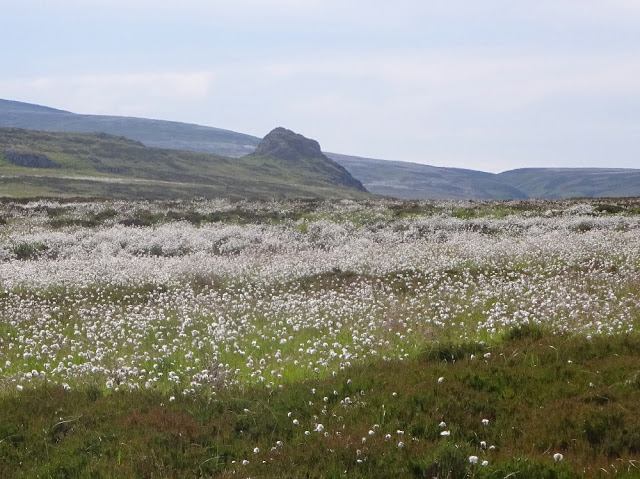 There's some more "interim" quite small group walks to be done with Crook and Weardale Ramblers and a litter-pick and lots of other important stuff.  There's no sign, yet of Wolsingham Wayfarers starting to walk again  or, indeed the Wednesday and Saturday Walking Group (Wednesday Walkers Walking on Saturdays). And, based on the theory that this new freedom and spare time could all go badly wrong at any point, specially, probably in the winter to come, I have a feeling that Things Which Can Be Done Now Really Need To Be Done Now. (Hence Lincolnshire and Sand Tarn) - so , quite soon, I'm intending to do the trip that was cancelled last March - a 3 or 4 day backpacking walk in South Lanarkshire/East Ayrshire. And I'd quite like a couple of nights by Loch Dochart for some remaining Munros and to lay the ghost of the cancelled TGO challenge, which would have seen a camp by the sandy shores of this lovely spot.
And, these things done, plus, maybe a beach bivi, thus clearing my "me time" cache, leaving the space open for some more sociable trips and, perhaps, some more Long Walks. 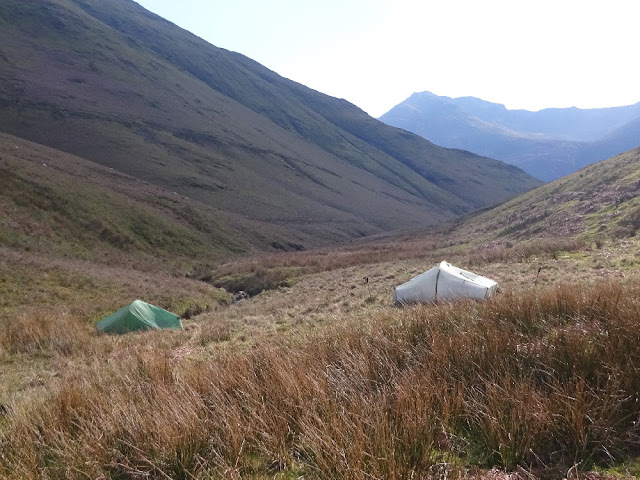