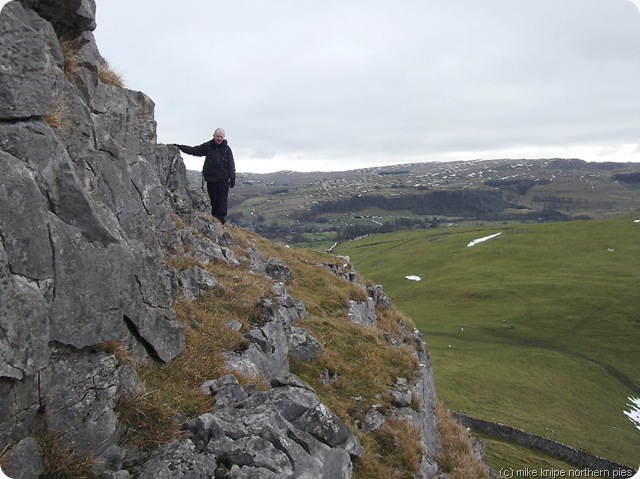 Today’s little trundle was a pre-Christmas card-swapping and cuppla pints in a pub walk. Unfortunately, the effect was reduced a bit by the fact that Mrs Pieman had posted the Bro’s card some time earlier…
But me and the brother met anyway.
We met in the outrageously priced pay and display car park in Stainforth. (Incidentally, there seems to be bad news from Stainforth that the pub is closed at the moment and awaiting a new tenant. This will not be specially good for Christmas celebrations in Stainforth, I shouldn’t wonder) 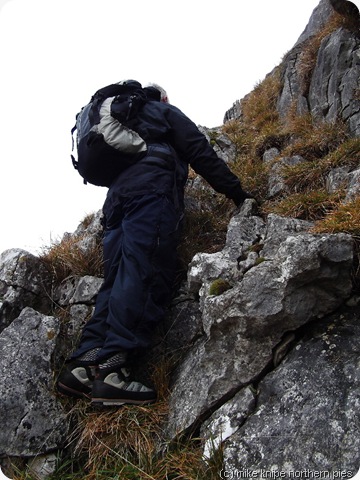 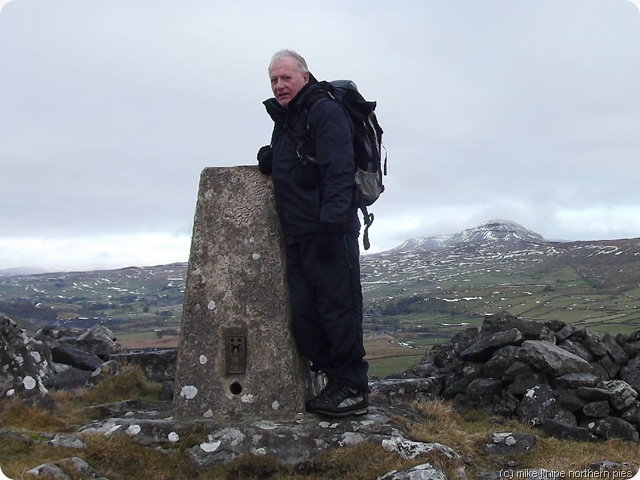 Anyway, we slithered off over the globally warmed black ice and up through Knight Stainforth to attack the mighty ramparts of Smearsett Scar – a carb limestone lump which was  likely a reef at some point in it’s 350 million year history. Smearsett Scar has a very obvious craggy South face and this provides a not-very-well-known-but-nevertheless-quite-exciting little scramble on mainly good and spiky holds but which aren’t available at the scariest spot. However, using some frozen rabbit poo, and with a bit of Anglo-Saxon,  I managed to teeter up and we were soon at the trig on the top. The scramble is about 25 metres with a ledge half way and is, maybe, Grade 2. It’s also perfumed with wild mountain thyme. And wabbit poo. 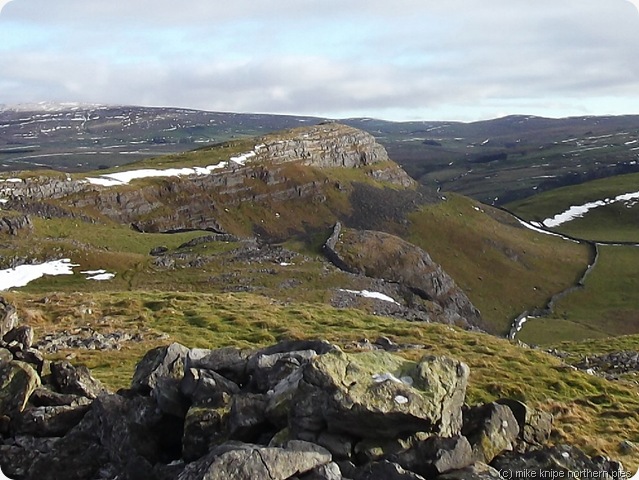 The walk along to Pot Scar feels like a high level ridge walk in the mountains, but isn’t. We repaired to Feizor to Elaine’s tearoom and cafe for coffee and toasted teacakes.
Feizor, incidentally, had a family of Knipes living in it in the 16th Century. they were described in church records as “husbandmen”. this is a farm labourer. There were more Knipes living in villages nearby and they seem to have spent about 300 years marrying people called Metcalfe. Metcalfe is the Yorkshire dales farming name. The Knipes, however, seem to have left the area. 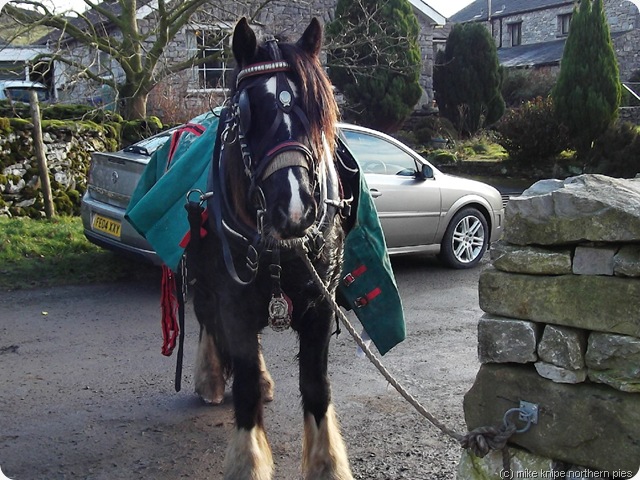 Down the lane a bit, we assumed that a Christmas choir was assembling. We wondered about asking for a request. Silent night, maybe or, While Shepherds Washed Their socks By Night, or maybe a bit of Cliff Richards. its lucky we didn’t as it turned out to be a funeral party. we should have known by all the hanging around and smoking they were doing. the old chap’s horse was waiting patiently nearby to transport the coffin to it’s final destination. Nice touch, that. The Holly and the Ivy were perhaps not appropriate. 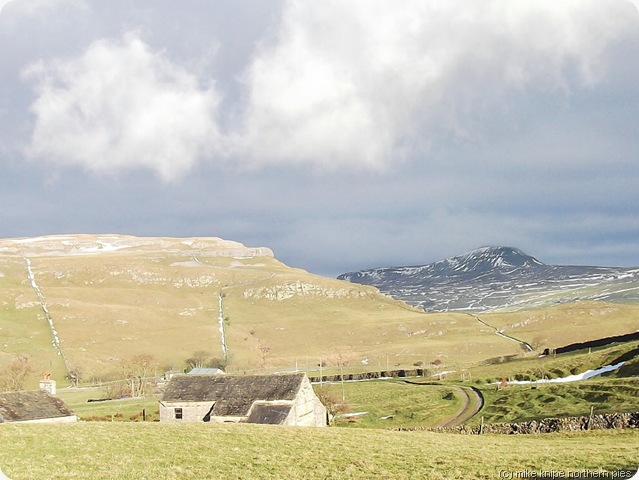 We were informed that the arduous trek to the local shrine dedicated to the Great God Bachus – alias the Helwith Bridge Inn , shouldn’t take us more than forty five minutes. Unwilling to be benighted in Elaine’s tearoom (although, on reflection there are worse places to get stuck) – we marched off, stopping only in a sunny spot behind a barn for lunch for about half an hour.
We duly arrived at Helwith Bridge half an hour before the bar opened, which it did twenty minutes later. We worshiped bachus to the tune of two pints of Helwith bridge ale each. It was very nice. They do pie and peas too. Its very civilised around here.
A plod down the road brought us back to Stainforth.
8 Miles and 1400 feet, including one short period of excitement. 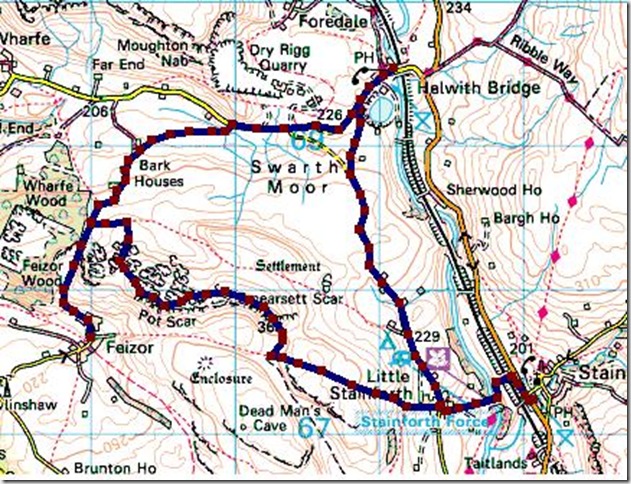 How DO you balance a coffin on the back of a horse?

And Smearsett always makes me think of Smear Test.

Mike Harding once spoke to me in the Helwith. He said sorry after treading on my foot trying to get to the bar. I supose it was better than being ignored completely.

They put wheels on the coffin, Tony and pulled it along. D'you know nuffink about funerals?
It was all going OK till the pony took fright at a milk lorry - last seen hurtling through Wigglesworth with an empty coffin at the back. The body will likely turn up eventually.
Its what he would have wanted.
MH did a free concert at Airedale Hosp after he had his wrist broken.