Moffat to Peebles Yet Another Walk 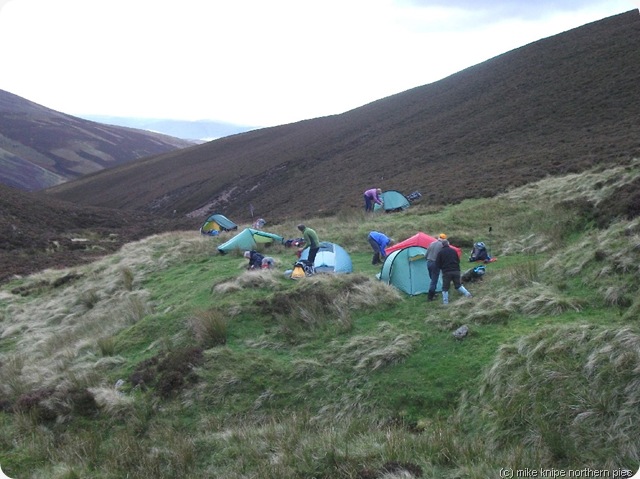 I’ve just sent out an email invite to several people, mainly TGO-er types to test interest in walking from Moffat to Peebles next April.

Avid readers and those who are just a bit psychic, not to say psychotic, will remember that we had a badly failed attempt at walking from Peebles to Moffat last April, and a successful walk from Peebles to Moffat in September, during which bits of Mr Sloman were removed and left dangling on a fence just above Moffat.

Now its time to think about completing the circle and walking back to Peebles from Moffat by a different route.

If you have not received an email and you got one for the last walk, its probably because the email meant for you has bounced. There are two of these at the moment. Let me know if you think you should have received an email, but haven’t.

I’ve also invited Fight Club Hiker members through their internet forum and there’s a couple of interested people there.

I’ve got the thinking cap on for further invitees, given that we had quite a lot of late wastage last time and we can manage a reasonable-sized group I think. 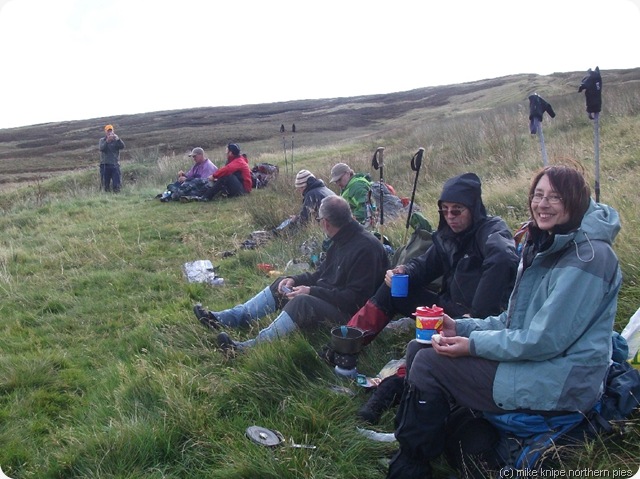 The dates for Moffat to Peebles will be 15 to 18 April 2011. Walking will commence from Moffat on Saturday 16 April 2011. It seems traditional to visit the Bridge Inn for good luck festivities before hand. This could be done on the Friday.

The route will include bits of the Southern Upland Way, a long and mainly grassy ridge including a bunch of 2000 foot tops, Tibbie Shiels Inn , more SUW and Glen Sax.

Piggly and I would love to go if we're free at that time, but my old email addy isn't working ATM. If you replace 'peewiglet' with 'weepiglet' then it'll get through.

That walk we had last September was the best 2-3 days running that Piglet has ever had! With hardly any sheep around, it was absolutely perfect for her. She still dreams about it: I know it's happening when she kicks me in the ribs and wakes me up in the middle of the night.

Shirl - Coincidentally, Andrew gave me your new email address, so I forwarded the original email to you. Hopefully, you've now got it.
The contents aren't much different from the blog post anyway...
It'll be fab - the route is a bit easier than last September's....
..will the winter end in time...?
Mike

Mike,
If you could find space for us 2, maybe in someones rucksack, we would love to join the congregation. Please don’t order as much snow as last time and leave the barbed wire to the cows.

I dare say we could fit you two in Alan.
Bring wire cutters.

Cheers Mike, thats great. We will look forward to it. Alan & Sheila

Fine route ! I've done most of that as parts of other walks, and if you get good weather it will be brill. Looking forward to the foties !

Email replies are rolling in with mainly positive results, so it looks like we'll have a party.
And I mean that most sincerely.
Those who reply will be placed in the loup.... or maybe even the loop....

Weather - Your post looked like spam and didn't seem relevant ot this particular blog post, so it's temporarily parked in a spam box. I may fry it later and smear it with brown sauce.

Mike, could you give me a clue as to your approximate route....pretty pleez. As you know it's unlikely I'll be able to make Day 1.

I have a Plan.

Word: disemose....as in 'I don't want to disemose the details of my Plan just yet'.