Red Pike with Rye and some Thirlmere Birketts 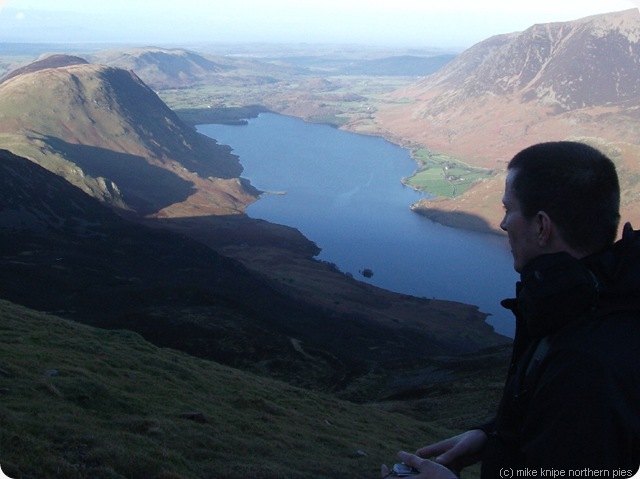 First of all, after much prevaricating and cancelling and moving of dates around , I eventually managed to meet up with Martin Rye in Buttermere and after a brief rest in The Bridge Hotel, we strode off up the outrageously steep path up Red Pike.
Martin was on a mission to do a spot of wild camping and wandering about around Buttermere and Grasmoor and,there's a link to his account of his adventures at the foot of this post. 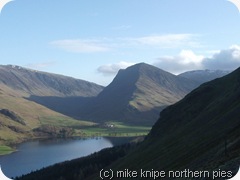 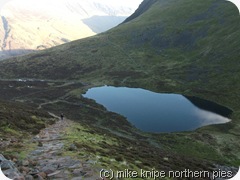 We achieved the top of Red Pike without too much fuss and very little in the way of cardiac emergencies and, such was the measure of our success that we went on to bag Starling Dodd, not too far away to the West. 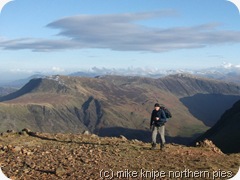 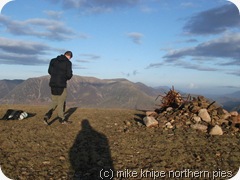 It was here that I had to take my leave of Martin, so he went that way (towards Great Bourne) and I went this (towards Scale Force.  It was nice to walk with Martin for a while - its always good to meet other bloggers and backpeackers and TGO-er -types. put a face to a name and all that kinda stuff....  I expect he had a fab time wandering the Western Fells. 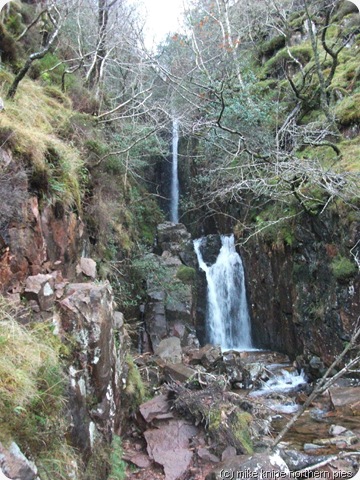 About a mile from Buttermere I got a message from Martin with a picture of his tent, saying that he was camping quite near the top of Great Bourne.
By the time I got back to my car it was fairly dark.
The next destination was Derwentwater YHA for the Annual general meeting of the Over the Hill Club, which although not entirely populated by TGO Challengers, was a child of the Challenge. The AGM was on Sunday morning, so we passed the time in some light boozing and watching the footy on TV… 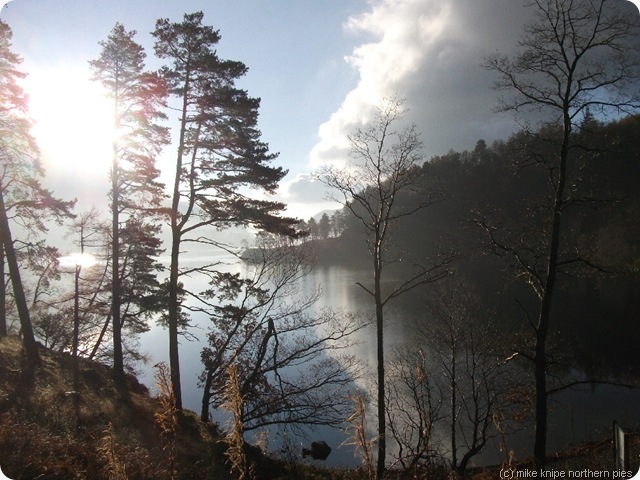 On the Saturday an elite group went off to do the Coledale Round, yet an even more elite group assaulted Scafell Pike, some more relaxed individuals went for Barf, a few recalcitrants went shopping and I went off to bag three Birketts at the foot of Thirlmere. 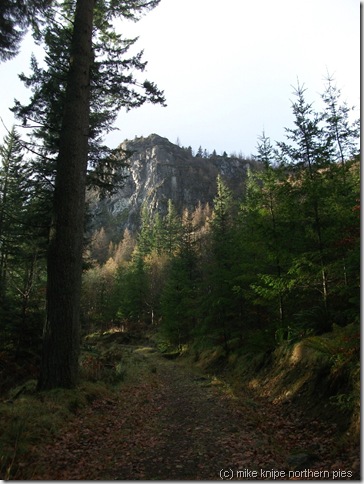 The first was Raven crag, which I realised I’d already been up, so that would only be two new ticks. Next up was a Castle Crag which inevitably has an iron age fortification on the top, and the last was The Benn. 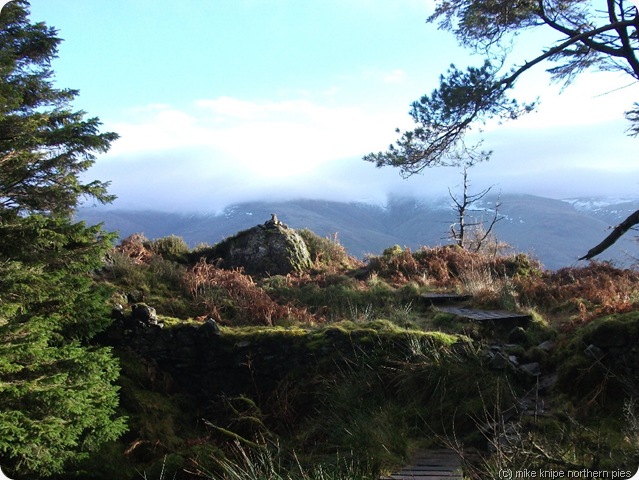 Each of these is a rocky tor sticking out of the spruce plantations and each has a fine view. I did quite a lot of sitting around drinking coffee. The Benn is slightly spooky for some reason. The whole walk was only three miles but with 1500 feet of ascent, so that gives quite a good idea of the slanted nature of this walk. I repaired to Keswick for a meat and tattie pie and a small custard. 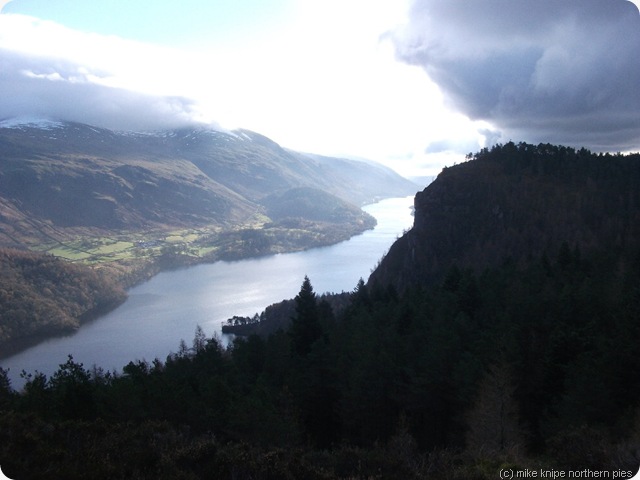 After the AGM, I bagged Foulds Brow on the way home. This is a small and heathery flat moor overlooking Wigton. Its a Wainwright Outlier. Its times like this one when bagging things becomes an obvious obsessive bit of behaviour. It might have quite a good view in less hazy conditions.
It was snowing a  bit on the way home on the A66, and the general snow level on the North Pennines and the Lakes continues to creep gradually down the fellsides. Its a little bit earlier than last year. It might be a good idea to buy snow shoes.
Martin Rye's account of his stravaigs in and around Buttermere are at  http://summitandvalley.blogspot.com/2010/11/in-search-of-bloggers.html
Posted by Mike Knipe at 21:19

Good to meet you Mike. Raven crag is a pearl to be enjoyed and makes a great walk when the clag is down on the hight tops. I found James Boulter by the way. I also went home before I had intended as the weather looked like it would not be so good for a high wild camp. See you again some time.

Impressed by your stonking photos and all that climbing!

Its difficult to go wrong with the pics in the Lakes at the mo, Laura.
The steep hills are another matter, though....

Love the pics, especially the one with the sun peeping through the trees. You are making me jealous, I am grounded for a while, till I buy another car :O(

Hi Mike,
Glad you two managed a meet.
Lovely walking route.
And that pic of Thirmere with the sun and trees is great.
We are off to the Lakes Thursday, weather forecast cold and snowy.

I can only sympathise, Llona - I bloody hate cars....damn money sinks...
Alan - Glenridding for me Friday till Sunday. Yet another lakes weekend. Somebody has to do it, I suppose....

I managed to bump into Martin on the top of Mellbreak sat lunch time. Some great weather last weekend, looks like the snow is on its way!

The place was heaving with bloggers, James.
I suspect the snow wil be mainly for us over in the North-East. I'm taking crampons next weekend, though, just in case...

Likewise I had done Raven Crag before a trip to cover all three in the Benn excursion.... great short walk. Some great pictures in this set. I don't remember getting a decent photo of Scale force before.... Need to avoid the summer trees I think.