Crook Around the Compass – North 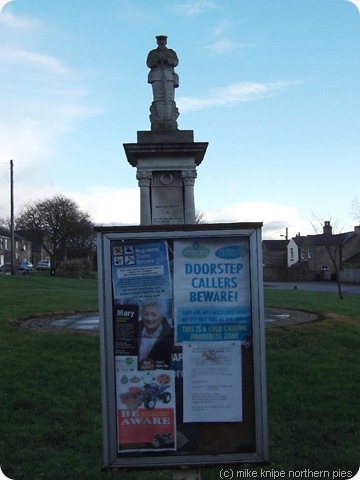 The Durham County Council Rights of Way Supremo recently suggested that as I wander aimlessly as a cloud around Crook quite a lot, that I could also keep an eye on some paths/routes which were developed by the local Council (wear valley at the time), the local ramblers and the local Walking for Health peeps.
There are four walks around Crook – North, South, East and West – hence Crook around the compass and  three around the nearby village of Howden-le-Wear.
Today, me and Superdawg set off in incipient snowstorms to have a look at the North walk. 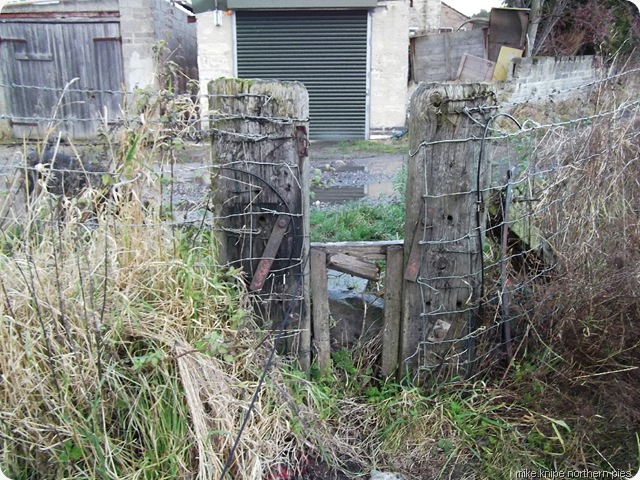 I must say, I didn’t think much of the route description, which has metal gates where there are no metal gates and tracks which are footpaths and so on. There are missing “bridleway” signs and waymarks and the two stiles on the route are defended by adjacent b*****d wire (censored for the sensitivities of Moffateers who had a traumatic experience with this stuff). But despite the driech weather and the new open cast coal mine next to one part of the walk, its basically a very nice walk. It has two pubs and an off-licence as well, so its ideal for a summer evening. And it’s dog friendly too. 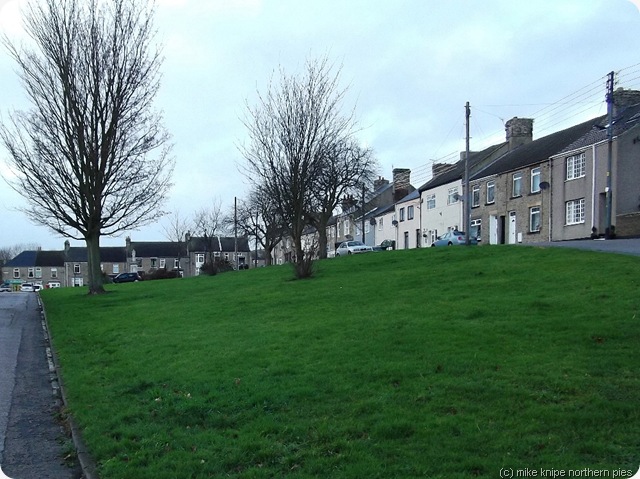 I did come across two off-road motorcyclists , whom I deliberately got in the way of. Eventually, when I let the first one past, he saluted me in a rather strange sort of manner, and the second stopped to chat. I pointed out that they weren’t supposed to be riding motorbikes on the bridleway, at which point the lad demonstrated his flashing blue lights and explained that he was a policeman on a bit of a jolly patrol. Thats OK then.
Their number plates were illegally covered in mud by the way.
Anyway, the walk is three miles and about 300 feet of uphill, so its fairly easy. I did an extra mile. (eck!)
And it was snowing, though not sticking. Its a week earlier than similar weather last year, though, and we all know what happened last winter… 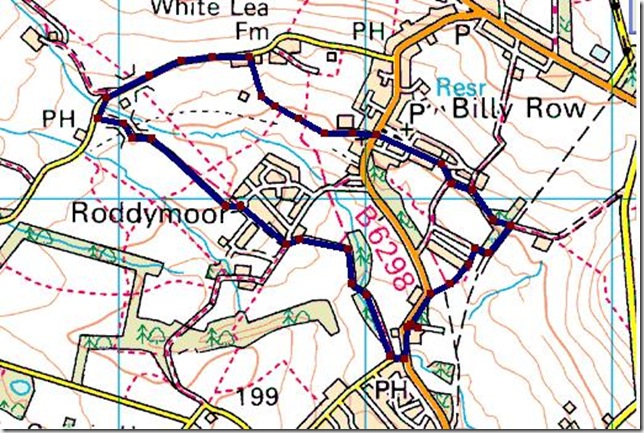 As you appear to have gone perilously close to his house, you should enlist the services of the great Steven Horner in this kind of thing. He needs something to draw him away from his incessant scanning.

In fact, Phil, I believe that Steven does, or at least did used to get involved in this kind of thing.
Prolly snowed in today, there's piles of it out there..

With a small diversion past White Lea Farm you could turn this into a "three pub walk" so easily...

Alas, Alan, the most Easterly "PH", which once had the oldest landlord in Britain, is now closed. However - a diversion West from White Lea would include an extra "PH" - one of the PH's, that known as "Billy Row Inn" (I think...) isn't marked but is close to the "P" marked on the map at Billy Row. So, once this could have been a four pub walk, is now just two, with an option of an extra one.
Phew....