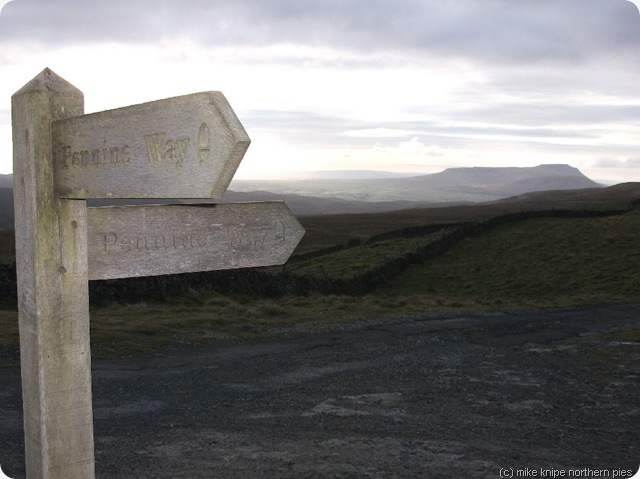 Quite a nice day today, which makes for a really nice change – I didn’t even have to wear my gloves – although, as the pictures will testify, it was a bit dark from early afternoon.

We’d been to the bank to get money for the car park, and initially investigated the Ropemaker’s car park in Hawes, where a £3.20 charge is made for knipemobiles.

We had no change, so we visited the spar shop and bought a box of festive Mr Kipling cakes – and then repaired to the Gayle Road car park, where there was no charge for parking today. (dhuuhhhhh) – but the cakes were nice anyway. 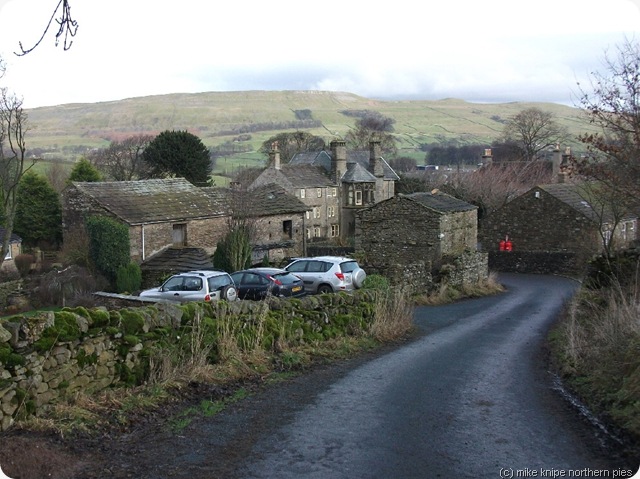 We walked up by the Hawes creamery, home of Wensleydale Cheese, Grommit, and then by the Pennine Way to Gayle, where we got lost for a while, but found our way after asking directions from an old, probably retired farm collie, who had one blue eye and one brown eye and a severe limp – but he was friendly enough to Superdawg, who wanted to play. 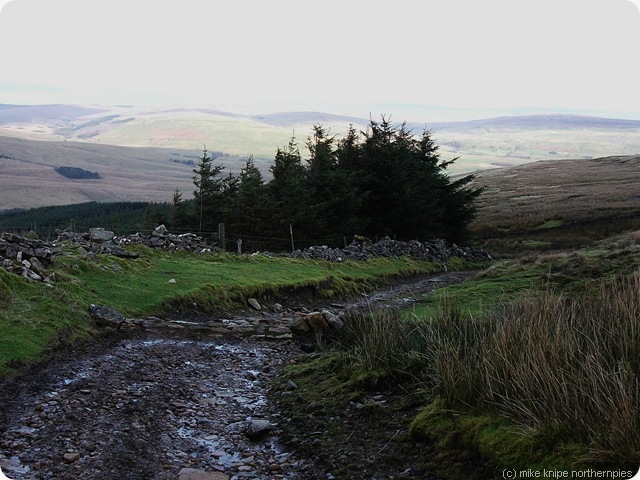 We used the Cam Road to get up onto the Pennine Way, and then straight up to Dodd Fell’s trig. On the way we were briefly investigated by five foxhounds who were busy ignoring a lad on an ATV who was vainly calling them to follow him. They decided that superdawg was superdawg and not a fox and continued sniffing and , generally investigating things and doing some howling and hound-type noises. Bruno wasn't very impressed. 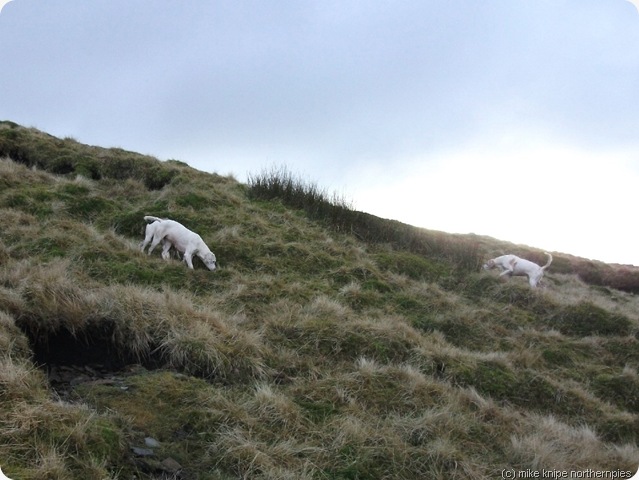 After visiting the top, we made for Kidhow Gate where we met the farmer from Duerley Bottom farm having a little contretemps with a two-way radio which was refusing to work. He confirmed that he’d turned it off and turned it on again and that he’d sworn at it. He’d now resorted to hitting it, which seemed reasonable. He was looking for the lad with the hounds, apparently. I suggested he might have to shout instead. Later, he offered me a lift down the road which I refused because I was enjoying myself, innit. In a rainier weather, I might have accepted….. 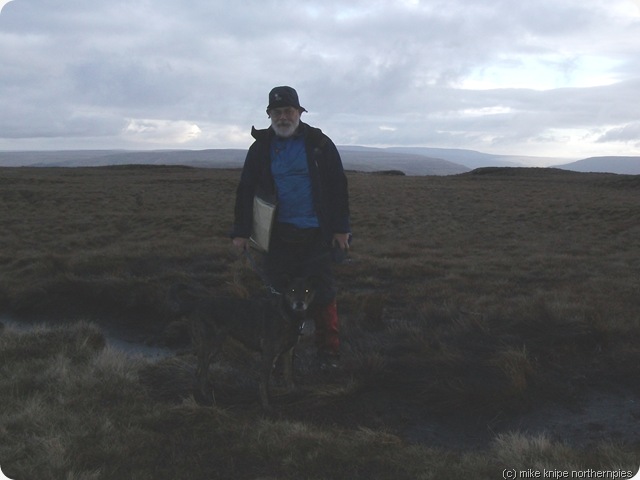 Oracle and Grommit of the Baskervilles (Its going dark)

In view of the lack of daylight (it was already starting to fade by half two) – I plumped for a quick trek along the Roman road that heads for Bainbridge and then the Beggerman’s road down to Gayle, but went off on footpaths in the Dale bottom to have a look at Aygill Force – a very attractive waterfall in a deep, square slot, very much like the Tyne Gorge at Garrigill, in fact – maybe a bit deeper. 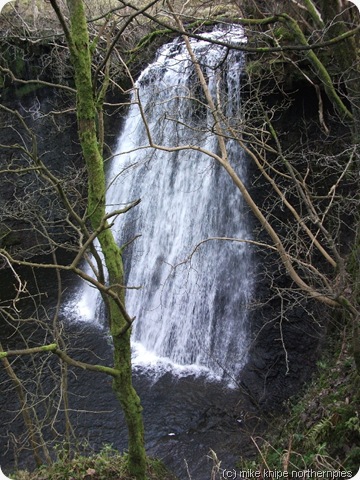 I got muddy, then rejoined the Pennine Way back to the start.

The Penny Garth Cafe sold me a very nice fresh coffee for thirty bob (£1:50), whilst Bruno was abandoned to his thermal blanket (I really spoilt that dog) in the back of the car.

Good weather today, though – very light wind, dry, with views as far as the Scafells and freezing from about 560 metres and above – but not really feeling cold and the boggy bits were only just crunchy.

A different route that I did earlier in the year includes Drumaldrace, but I wanted to do that one separately from Semer Water.

How tickled hi ham, anyway, missus. Have you ever been tickled in the Dales missus? 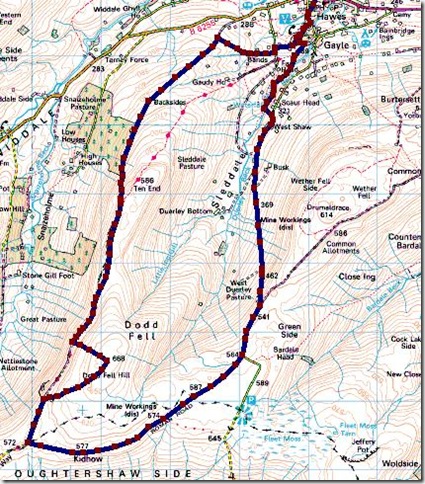