Weardale - Cowshill to Stanhope by the Riverside 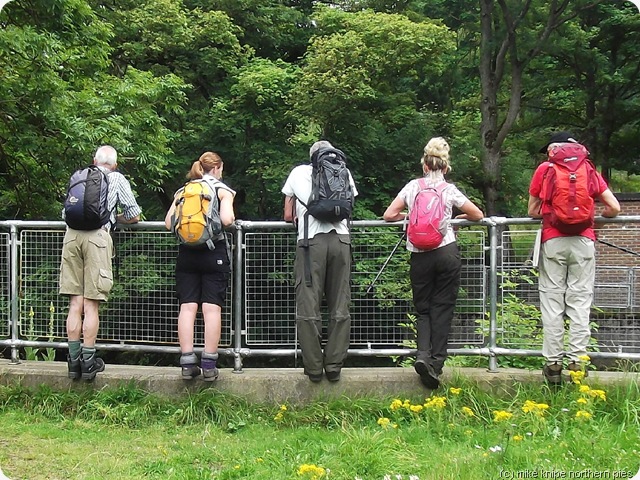 This was another one of this last week’s walks – on Saturday, I think – it all becomes a bit of a haze….

And it was a Durham County Council guided walk lead by Steve Shippen. There’d been an appeal for stewards for this one, so I offered and, in the end there were three stewards and five walkers. Its the first time I’ve been a steward for a while. Its nice to do it now and then. Steve had been my steward on the Bowes to Tan Hill walk and so it was nice to repay the favour. Three stewards may have been overstaffing, however…! (But we’re all volunteers, so don’t go complaining about the cost on your rates!) 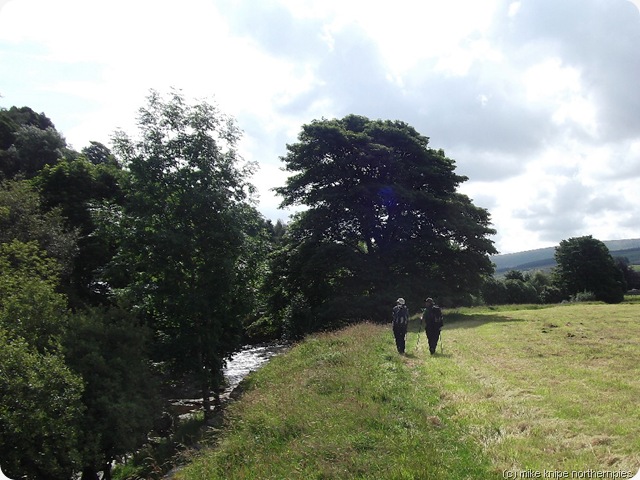 We caught the Weardale bus from Stanhope to Cowshill and walked the twelve or so miles back to Stanhope by an easy, almost downhill route using paths next to or close to the river and a couple of miles road walking where there’s an inconvenient gap in the rights of way.. You could extend the walk nicely to Wolsingham if you wanted…. and there are plentiful opportunities for sitting in pubs and tea rooms on the way for those who develop a raging thirst or a pang for a scone. 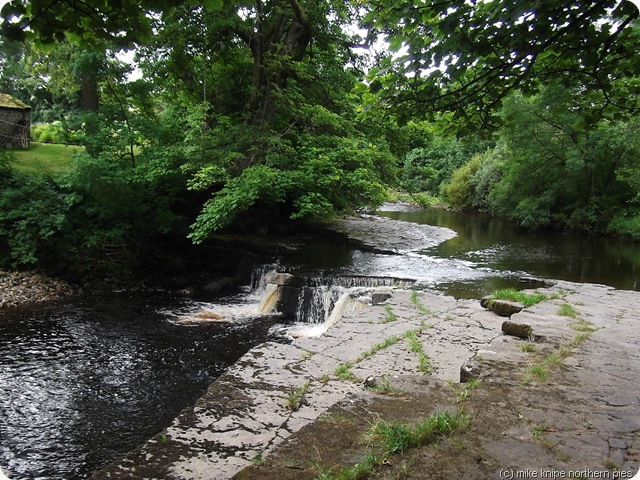 Five walkers is a low number and those games in That London may well be to blame for this, with the added hazard of a weather forecast that mentioned thunder and lightening and heavy showers – none of which happened to us, although we did hear a bit of rumbling at the end of the walk. This may have been my alimentary system, however.

But the day was a warm, summer one, ideal for wandering by riversides and ambling through cut meadows and sweetly scented glades.

And it makes a nice change to do a linear route as opposed to the usual ever decreasings.

More walkies followed on the Sunday……….

Here’s a map – note the general downhilliness of the profile. Fitness enthusiasts may consider doing the walk in the other direction. The map’s a bit fuzzy, unfortunately… 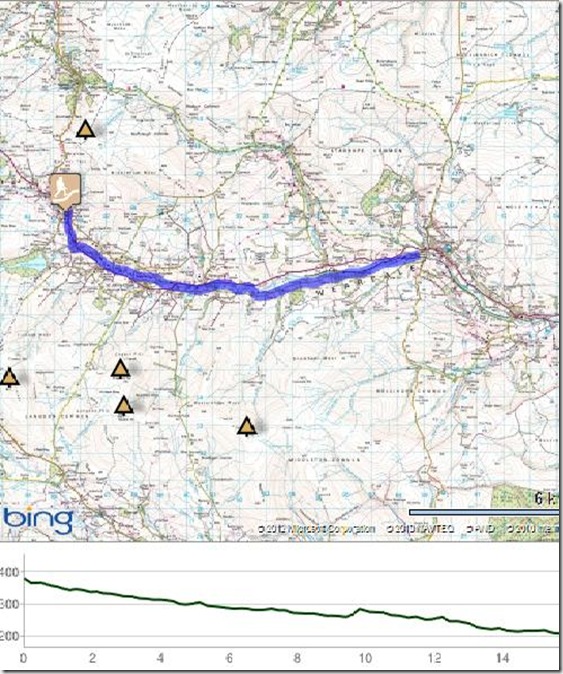 Mike,
I am looking to do this walk on a
Sunday.
Was the bus you used on the Saturday a Weardale Community Transport (WCT) minibus or a commercial service full size bus?
According to Traveline WCT operate a limited Sunday service.
Thanks in advance.

Dawn - and downhill, too!
Mike R - There doesn't seem to be a bus service to Cowshill on Sundays. the bus we used was the Weardale Travel service bus which leaves Stanhope at 10:00 - but not on Sundays. (not WCT - its a proper bus, but a "short" one)
Their website seems to be waiting for an update from 2010 which isn't exactly helpful

There is a Roof of England 100 bus service running Sat, Sun, and bank holiday between Stanhope and Alston. Three services a day, leaving Stanhope at 9:30, 13:10 and 16:30. Ends 30 September.
I know this coz I picked up a leaflet at the hardware store in Wolsingham, where I have just moved to.

Thanks for that information.