Stainmore – A Nice Bit of Wilderness 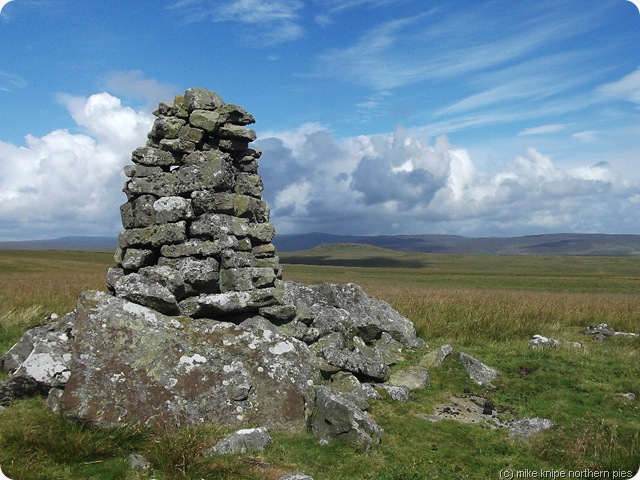 I’ve just had quite a busy few days walking, and I’ve mentioned one of the walks in the previous blogpost. Basically, due to various domestic commitments, I had to squash all my walking into four days, the last of these being today.

This post is about the first of the four walks – a sneaky expedition into to wild wastes of Stainmore. I took the dawg, which is one of the reasons it had to be a bit sneaky. Readers with calendars will appreciate that it’s now August (this walk was on the 2nd) and grouse-shooting season starts on 12 August. This means that gamekeepers and their staf are full o’ busy (Co Durham expression) sprucing up their grouse butts and generally beinbg out and about on the moors. And they tend not to be too keen on doggies. So, some discretion was required. 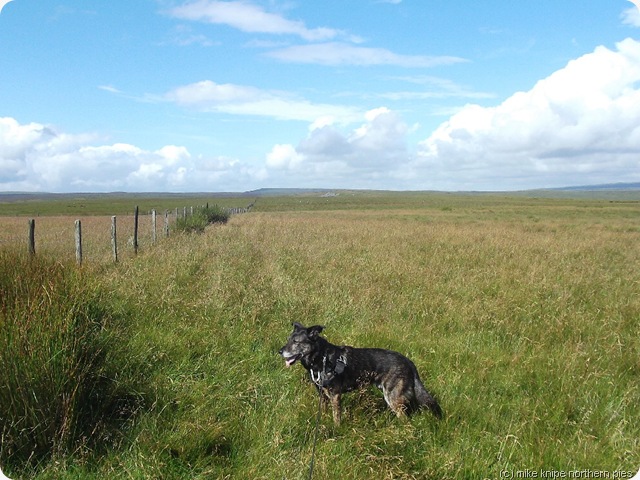 I parked at Balderhead reservoir which has two car parks and a water-skiing club. We (me and the dawg…) wandered through Hannah’s Meadow and Southwards on the Pennine Way to race Yate – the top of the ridge just out of Baldersdale. From here a fence runs in a dead straight line for five and a quarter kilometres in a direction just South of West until it meets the Cumbria County boundary. Over the five k’s, it gains just 40 metres of altitude, so it can’t be described as “steep” It is very empty, though, which is what attracted me. A couple of k’s in, there’s a cairn on a nobble – Crawlaw Currick – a fine wild camping spot and a cracking place for an early lunch and a snooze in the sun. 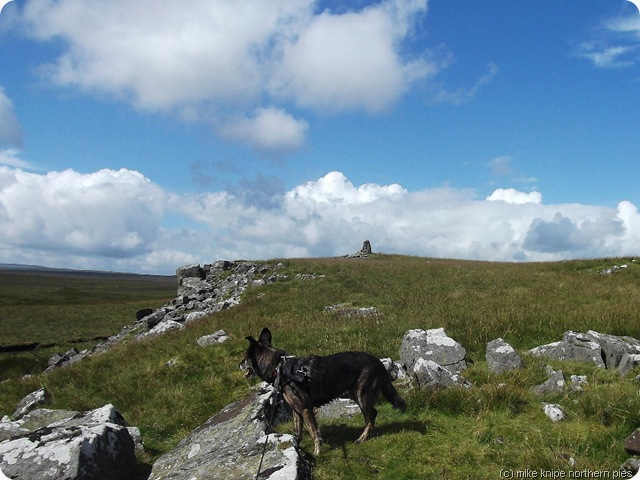 From the border we continued West through grouse buts and past some shooting huts, which may well have been occupied, so we went quietly and were soon hidden away in a deep cleft for lunch number two.

We circled Great Knipe to be out of sight of grouse moors and patrolling peeps on ATVs and climbed to the summit trig followed by a saunter roughly Northwards along the ridge to a bridleway where all pretence at not being there was dropped. We followed the soggy bridleway back to Baldersdale. There was much activity going on all around. 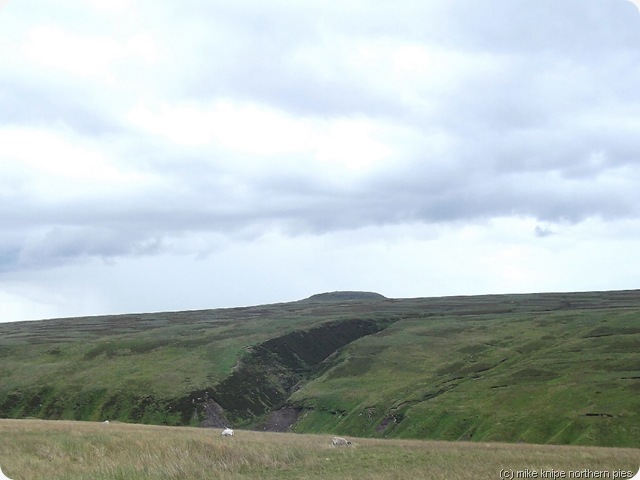 A hot day. This could well be 2012’s hot summer day. I have made a note. I got a tan. Bruno was fragged. We did sixteen of your Earth miles. Its a great area for those who enjoy peace and quiet and wide open spaces. For those who want dramatic, craggy hills, it’s crap, frankly.

Great Knipe, though, eh? Worra cracking name for a hill – and it’s got a lovely view of the traffic on the A66, and the Lake District as well. 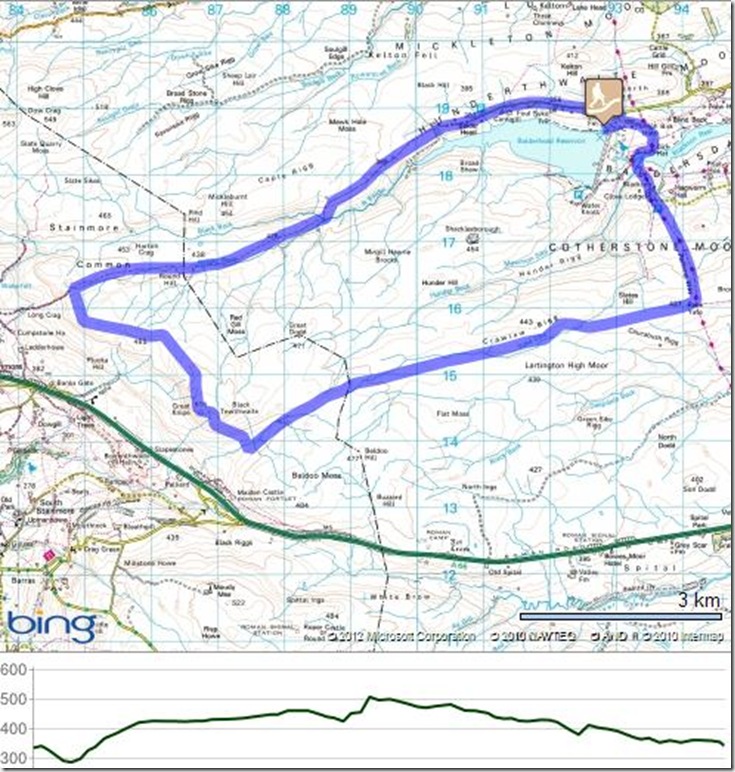 I've travelled over the A66 lots of times and wondered what that empty bit looks like. Are people allowed on there once they start killing stuff?

Fantastic Mike and in decent weather too!

It's hard to beat a bit of eponymity, rarely encountered, though!

What an interesting and wild area. Not an area i have been in at all. Like you say it would make an ideal back packing circuit.

Crawlaw Currick is indeed a grand place for a wild camp. I stayed up there one frosty November night years ago with a few pals (we even had permission) and it was wonderful. You could clearly see the lights at Teesside it was so cold and clear.

I thought I saw a lesser spotted Mike Knipe without his canine companion leading a group up at High Force yesterday. Well he looked like your avatar anyway - if not you have a twin:-)

Greg - The estate containing Shacklesborough seem fairly relaxed about walkers. Not many walkers venture into this place, though and one of the results of this is that there's No Litter!
You can wander freely when they're not doing grouse management stuff.
Dawn - Yes, sunny/warm weather makes a bit of a change for me - I tend to attract the other stuff!
Iain - There's a few Knipe place names around (it's Norse for a crag) - None as Great as this one, though!
Alan - Indeed. Provided you don;t mind soggy ground. A good pl;ace to hide and study for an important exam!
David - Crawlaw Currick camping seems a good idea... I morta do this. Yes, it wuz me at High Force. We were attacked by midgies when we tried to lunch.... very short lunch...

It'd be good in winter, Dawn when the bogs are frozen. If you keep going West, you end up at a cafe...

Sounds good Mike, I like the idea of a cafe too, bonus!

Looks canny, will use the bit in Cumbria in a Shacklesborough / Goldsborough route i'm mulling over.
Map... invaluable - Cheers.

Dawn - And a bit further West is K Stephen. I think we've been there!

Paul - There's a Durham CC guided walk that does the Shacklesborough/Goldsborough interchange - and uses the line of the gill to the South of Shacklesborough which has some waterfalls, apparently. Park at Balderhead reservoir. Its open access, so normally there shouldn't be a problem