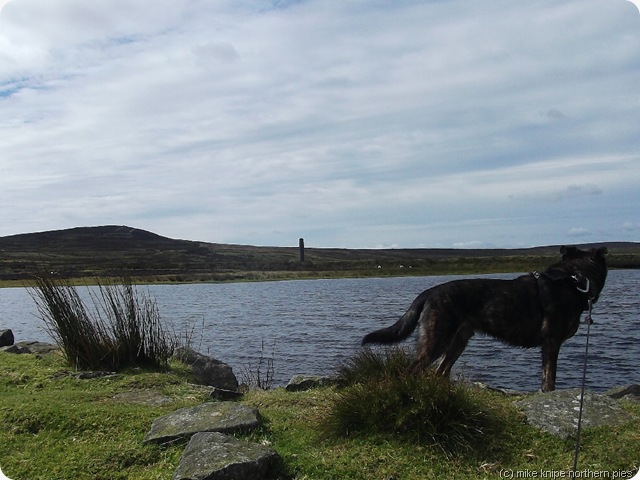 Today, it was cold. In fact, it was perishing – but as with all arctic blasts, the air was clear as something really clear. And the Cheviots and bits of Scotland were clearly to be seen…

Me and the dawg went off to do a reccy of a route that’s in the winter programme of Durham County Council guided walks. (see… I’ve got cold and winter and arctic in this end-of-summer blog post. 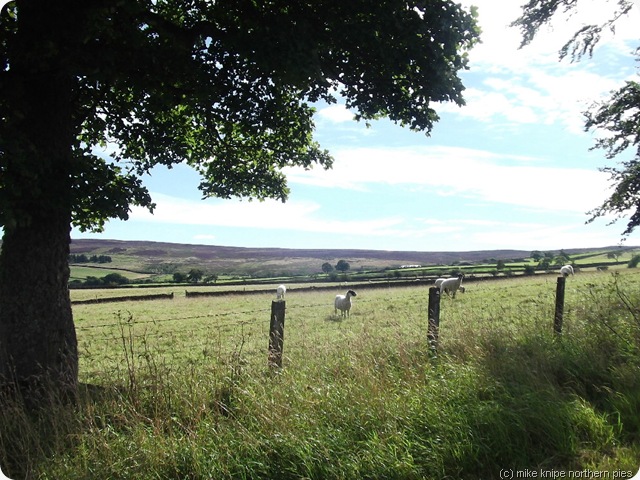 Most of the walk has been done before on the blog, but there’s a section where there are dark rumours of electric fences and fences with no stiles. We set off hopefully. 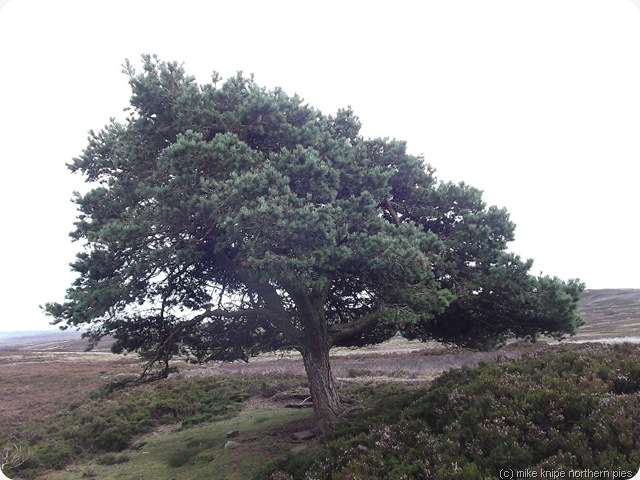 Every Christmas, a some members of a NE cycling club decorate this isolated tree with Christmas decorations.  This year, I’ll take some pics…  I love it when people do stuff like this…

First of all, we encountered a grouse shoot. Our route took us across the front of several grouse butts manned by people with guns and ear protectors. One of them waved. We waved back. An old chap guarding a beaters transport responded positively to “Its a nice day for it” – so I felt comfortable with a chilly ascent of Bolt’s Law. It was, in fact, nithering. Not really an August day at all, bit the views up and over the Scottish border were clear as gin. 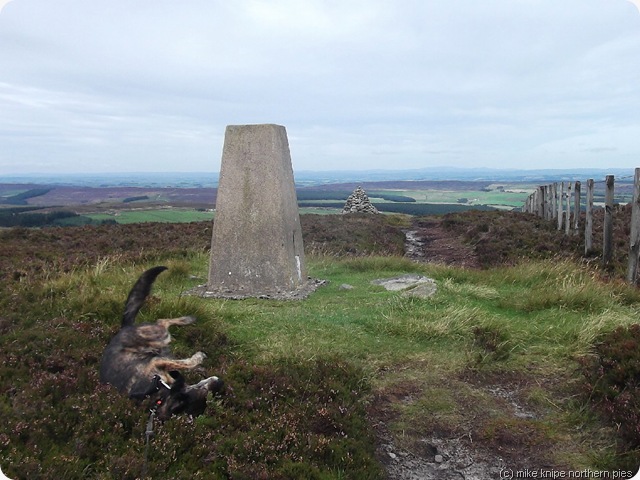 Then there were the fences.

The first seems to be in the wrong place. It’s a bridge over a deep and ancient leat with an electric fence. OK so far. 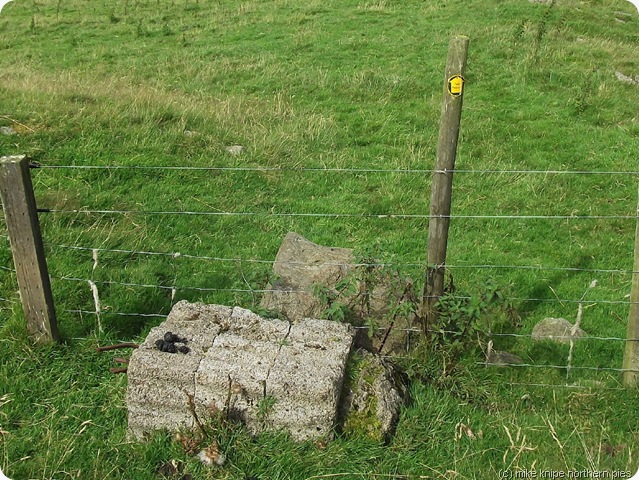 Next, is a bit where there’s a crossing over an electric fence, but the insulated way is a few yards to the right. Damage to the fence indicates that insulating a bit of the fence that’s not next to the stile could be classed as a mistake. Crossing the stile in the correct place could lead to exciting and painful experiences for the hiker’s “parts”. Some people like this kind of thing, however. This is exactly the walk for them. 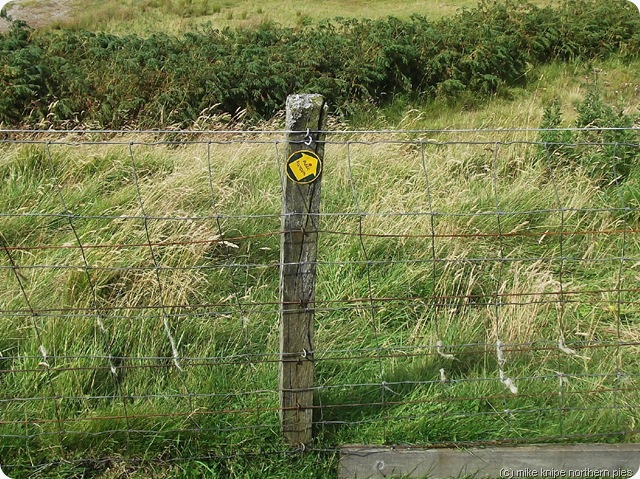 Next is a fence with no stile at all.

Overall, the path between Bolts Law and Ramshaw could easily be described as a disgrace. Lets see if we can make it better. This may well take some time. 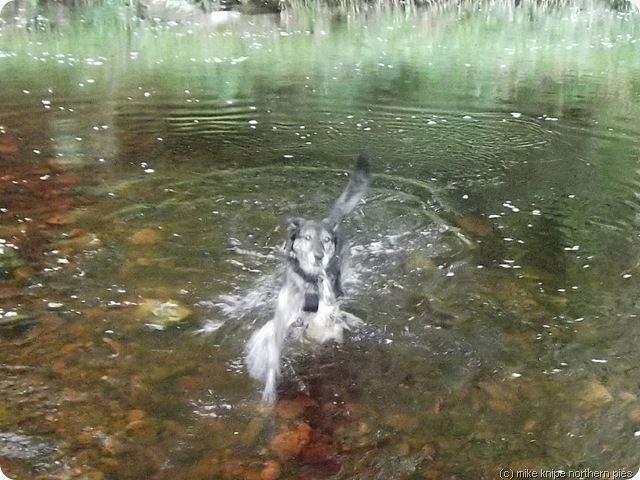 And so the walk ended through Deborah Wood and alongside the river into Blanchland, during which superdawg went into monochrome for a few minutes. I’m not entirely sure how he does this.

More of this later….

Super dawg obviously has magical powers! Looks like you had a good day out Mike. Hopefully the style problem will be resolved.

All dogs have magical powers...

Thanks Dawn and Chrissie
I should have kept the pic for halloween.....
He's back in full technicolour now.

By technicolour, I mean brown, of course...