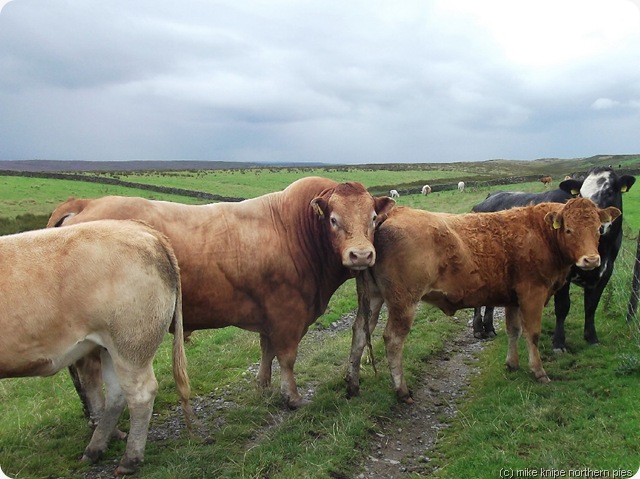 I put a walk in the Durham County Council Winter walks programme which visits Burble Well in Baldersdale.

The walk is in October and so, yesterday, I thought I’d best go and see if I could actually find Burble Well. Eventually, after plodging through some very wet bogs, I got to the place where Burble Beck meets a road, and, by handrailing the beck (just a trickle) and by counting paces, I found two very old manhole covers and an orange bog, swelling out of the ground in a huge dome. The water looked reasonably clean but there was a lot of orangey “stuff”  which may or may not have been organic. 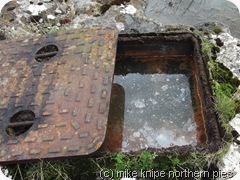 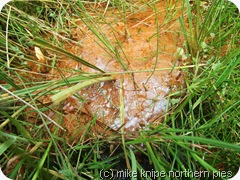 Burble Well is chalybeate. In translation, this means that it’s got a noticeable content of iron salts. Most of the becks and bogs around here seem to have lots of iron salts, judging by the orange and red deposits, so I came across several possible candidates, mostly in the wrong places, due to navigation based more on hope than how many double paces there are in 100 metres. 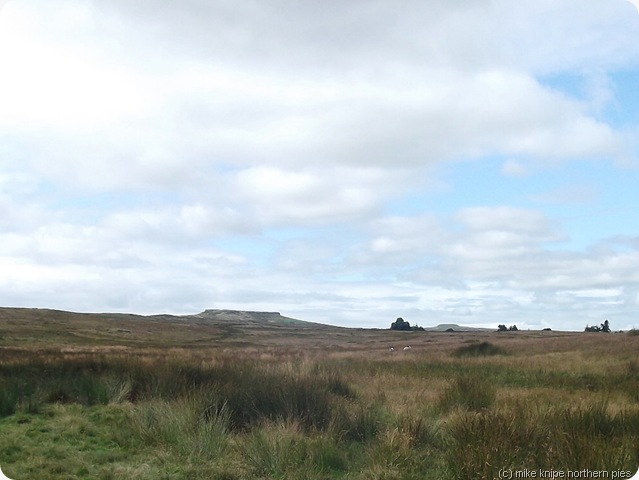 So, the reccy was successful and I decided to alter my original route quite a bit – it’s now a bit shorter, and come at the Burble from the East, where it’s easier to find and not so boggy, and I can build up the exciting anticipation of waiting to see the famous (well it will be by then…) Burble Well.

The rest of the walk circumnavigates an army shooting range, passes through Battle Hill farm with all it’s cattle (I came across several excitable heifers and one huge but , thankfully, calm bull. 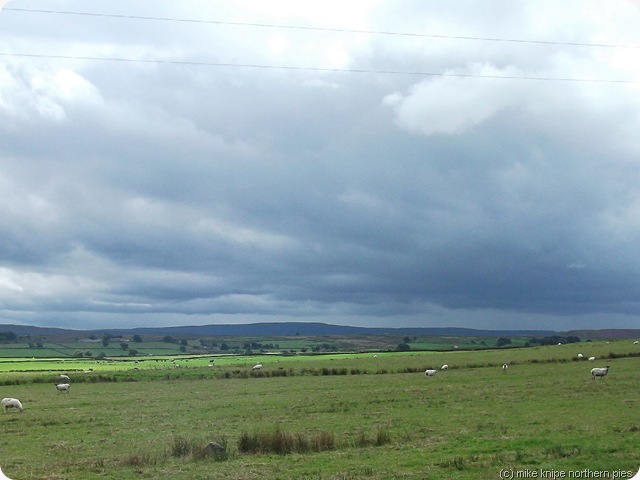 Then it started to rain heavily, so I curtailed my wanderings and hurried back to the cosiness of the knipemobile parked cosily in Hury Reservoir Car Park.

I hope the punters won’t be too underwhelmed by Burble.

I should have called the walk “A Bimble to the Burble” but it’s too late for that now as the programme is at the printer’s.


Excellent stuff as usual Mr.K. Up till today I had always thought of chalybeate as being a Scots word, and in particular referring to Hartfell Spa above Moffat.
Now,thanks to Wiki , I know different. Everyday... as they say

"The word "chalybeate" is derived from the Latin word for steel, "chalybs", which follows from the Greek word "khalups". Khalups is the singular form of Khalubes or Chalybes, who were mythical people living on Mount Ida in north Asia Minor who had invented iron working."

I had to look it up, OM. There seems to be a lot of chalybeate wells and springs in the Pennines. Some medicinal spas have people drinking this stuff. I suspect it might have some rather startling laxative properties.

Aha, so there are folks called Khalubes living up north??? Looks like you had fun Mike.

I got wet feet Dawn! If this stuff was fizzy it could be the basis for Irn Bru (made from girders)

Red is the commonest colour in the Universe. It comes from ionised hydrogen (hydrogen atoms that have had their sole electron stripped away). It accounts for the colour of the surface of Mars, of rusting iron, of a red flower, of blood, and of orangey tinges in ponds. You get this orange effect a lot darn sarf around the 'hammer ponds' of Sussex, once the centre of the iron industry in Britain. And now back to our regular programmes...

Thanks Peter - and we're off to see the red ponds of Sussex very shortly...... but we won't be drinking the water.
And I thought the world ended somewher South of Nottingham....

Ha ha that's my parents water supply at Booze Wood, Baldersdale. Far from laxative, it actually has the opposite effect due to the high iron content.