yet more stuff about the Howgill Fells 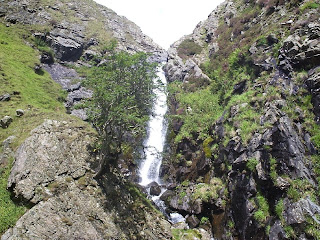 Yes folks, its that time of the month when we like to plug yet another instalment of the on-going and apparently never-ending story of that very small group of hills stuck onto the side of the Yorkshire dales - the very lovely, grassy hump-like blobs - the Howgill Fells.

Readers of this epic rice-pudding...er..sago...er...saga will be relieved to know that their ordeal is almost over and that they've been very brave and that they've done very well so far. Only one more episode to go.

First, read the interlude here http://www.doodlecat.com/howgills/interlude.html
Then press the little "next" button at the bottom of the page. Thats the one on Doodlecat. there isn;t a "next" button on this page, so don't go looking for it.

Unusually for this blog, there'll be another posting along very shortly.
Posted by Mike Knipe at 13:54