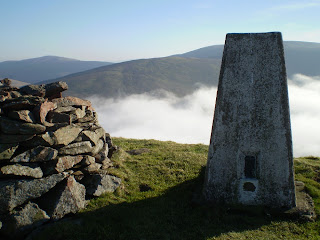 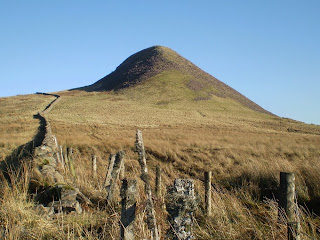 A few other bloggers and forum posters have been blogging and posting about train tickets for the post-TGO challenge aftermath journey home, I have, in fact, been offerred a lift from Montrose to Crook, albeit via Shiel Bridge and I was going to leave it at that.
However, I decided just now that I might be wise to buy a train ticket because, like budgies in a cage, they're apparently going cheap just now. And its quicker by train, and what if the other chap fails to arrive in Montrose or gets knocked down by a fish wagon on the A9, or abducted by Aileens, or something....?
It was £23 from Montrose to Durham. The full fare seems to be in three figures. I can collect the ticket from Montrose station, which avoids losing them somewhere in the heelands or getting them soggy in a bog.
In the meantime, I've a few busy walking days lined up - The TGO Challenge English gathering at the Snake Inn from tommorrow till Sunday - probably two walks - and a few days in the Borders, somewhere quite close to the A7 from Tuesday.
There will be sporadic reports about whatever might happen (supposing something does happen)
Pics of Skelfhill Pen in the Borders. Already been up here, though...
Fab hill anyway...
You should visit.
Posted by Mike Knipe at 23:23