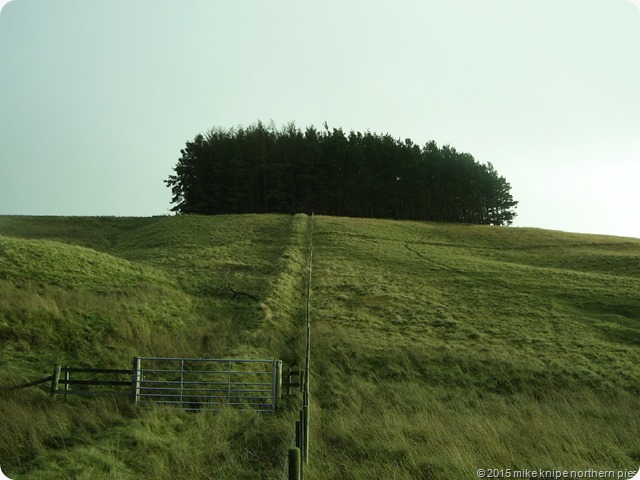 After some email traffic with Dawn, we finally decided that some attractive-looking bridleways around Otterburn had the potential to provide a nice ramble in these dark and damp November times. And, not only that, but there were two Tumps to bag – Blakeman’s Law and Leighton Hill. 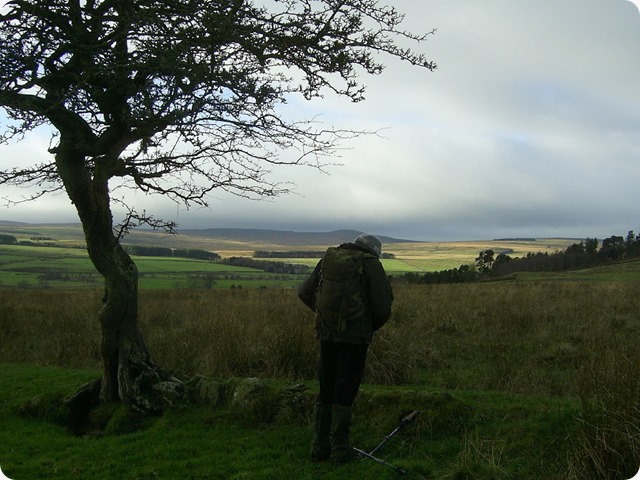 We started off a bit muddily and the weather was playing nicely for a change – dry at least but with clousd sitting on nearby hilltops and a nithering breeze wafting around the trossachs,  and, after a bit of a sloppy plod through a steroe-typical bit of Borderland , a short piece of road and a few diminutive tussocks, we found ourselves on the summit of Blakeman’s Law. Blakemen’s Law has a trig on the top and a flag pole, for the flying of the red flag which indicates that the Otterburn Training Area is firing today. But there was no flag, so they weren’t. 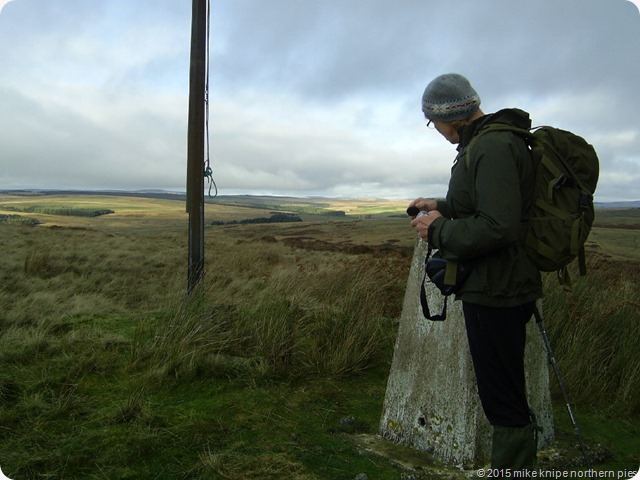 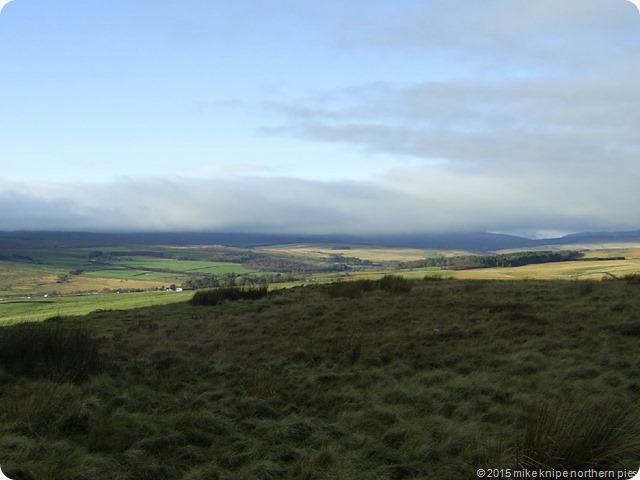 We progressed to a road and followed that for a while and then, after lunch in the lee of a small wood, we accessed the bridleway which would take us on to Leighton Hill. This proved to be a wide, tarmacced road with lots of traffic containing people with army uniforms on. Mostly, they waved in a friendly manner, so that was nice. 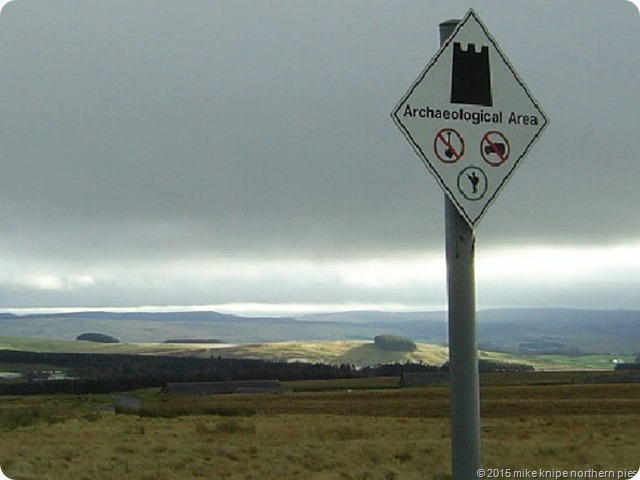 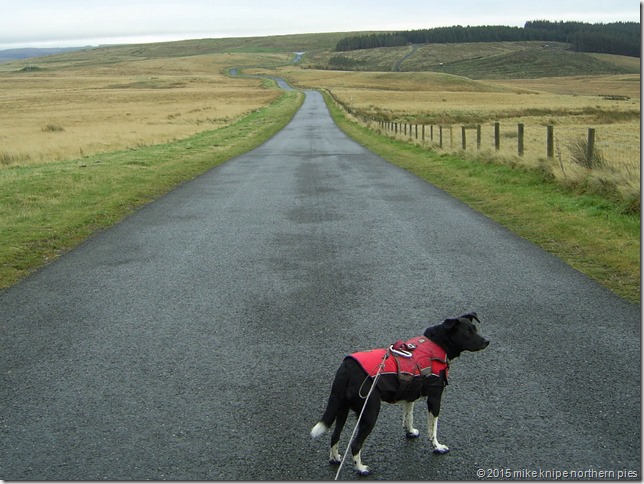 We walked past the army base and soon bagged Leighton Hill, who’s top has nothing particular except tussocks and juncus and a view of the road/aka bridleway heading out over the hills towards Rothbury.

A proper bridleway with no surface. a few boggy bits and some stream crossings brought us back to Otterburn. We’d done ten miles without necessarily ten miles of effort. I’m not sure whether or not to be chuffed or disappointed about this!

All of the walk is outside the firing area/danger zone and should be accessible to casual visitors. 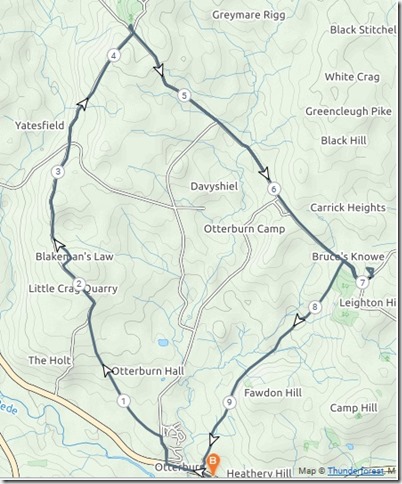 It certainly was different Mike. A wee bit disconcerting to find bridleways and tracks depicted on the map are actually wide tarmac roads.

We wild camp with the van a lot on the Otterburn Ranges. Very peaceful - in an army firing range kind of way. We like it there!

That certainly is a well surfaced bridleway!

Wondering about the sign...is it no digging, no vehicles, but bagpipes are okay?