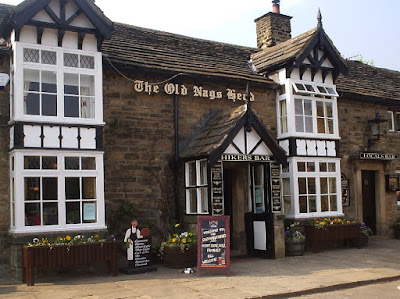 I've been considering my proposed Beer Trek for May 2016, based on a list of the twelve highest pubs in England.

Firstly, just one of the pubs is on Dartmoor. This would seriously skew the walk and loead to miles and miles of teetollalation wandering through Birmingham and Crewe and other places where they don't have pubs at all. 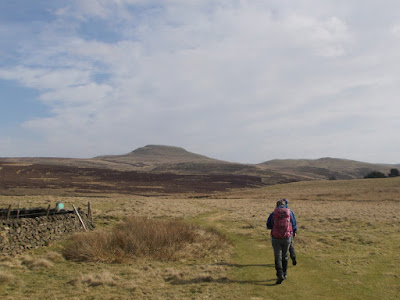 Secondly - some of the pubs on the list are closed. Clearly, the wait for new landlords to come  to re-open along would also skew the timing of the walk somewhat. 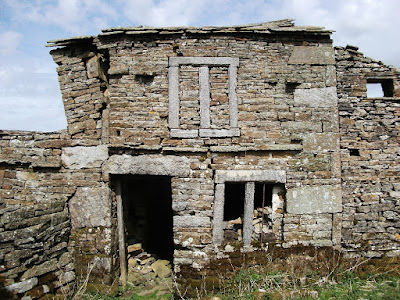 Thirdly: Some of the pubs on the list don't open every day. This could also end up in some substantial waits I suppose. 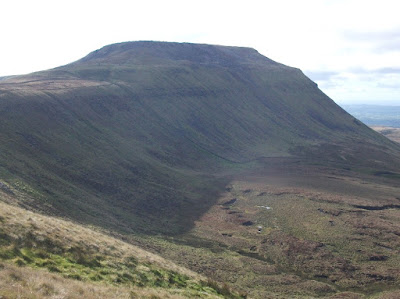 And I'm left with a list of twelve pubs, some of which are permanently closed, some have been gentrified and probably won't let my little dog in and some have been converted into other things. But it strikes me that linking these places up, whether they're open or not and whether they'll let me in or not, probably says something about the state of English pubs in the early 21st century, so I'm going to do it. I'm going to visit each one and take a picture and reflect of whatever welcome I might receive. 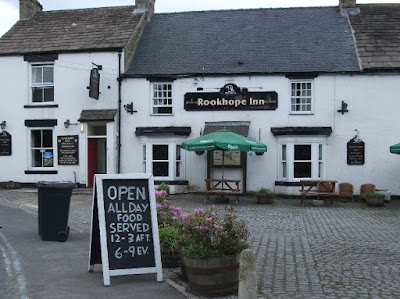 I'll likely visit several significant hillwalking pubs in between and I have a short list (not a shortlist) of some of these, but am open to suggestions as to any other drinking establishments might be included

Many of the pubs seem to come in little swarms or groups - particularly around  Flash and specially around the A53. 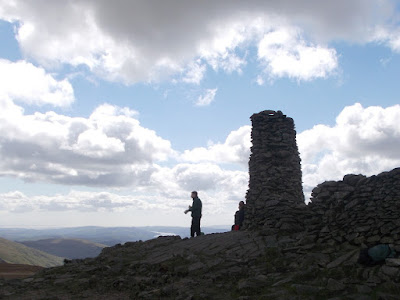 This is the list of pubs, open or not: 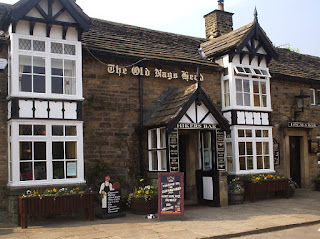 There may be others. Never say never, innit? 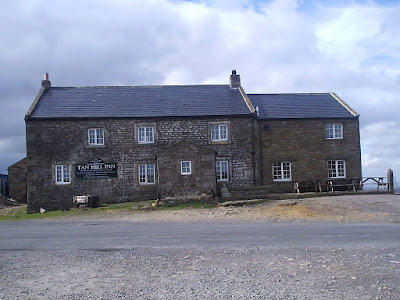 'eck.
My bladder would burst, all that beer.

That's a bugger - it just won't fit in with my big walk, I'll just have to do the pub walk later in the year :-)

Are they going to give you free beer? Would cost a fortune to have to pay for it.

Louise - One of my ancestors drowned in a brewery - fell into a vat of beer. It took him seventeen hours to die, cos he kept having to get out for a wee...
JJ - The route's not fixed yet.. but when you're passing through Pieland, gizzashout..
Meanqueen - I suspect that's highly unlikely. I'll save up me pension money
Alan - I expect you mean Boddingtons. I'll likely give it a miss..

Boddies hasn't been brewed for years, a crying shame. The crap that's turned out these days under the name of Boddingtons is a disgrace. It's nitrokeg (so not even beer) and doesn't warrant bar space.

It could well be a merry round!

I suddenly have a powerful thirst for a brew. Or is it the urge to take a long walk.
No, no, it's the beer.

A few of those pubs are near us, too!
And a photo of me in your blog! I'm honoured!

I think so too, Dawn.... you might consider a walk out and some camping..?
I think so too, Quinn... I wonder if this could be done by public transport (I have a bus pass)
I think so too, Chrissie.... in fact, I did notice that some of the pubs are quite near Crowthertowers. The pic is from that crackin walk we did at Shutlingsloe cos its probably quite near to the start of this jaunt. I expect. Maybe.

A walk out and some camping sounds fine Mike.