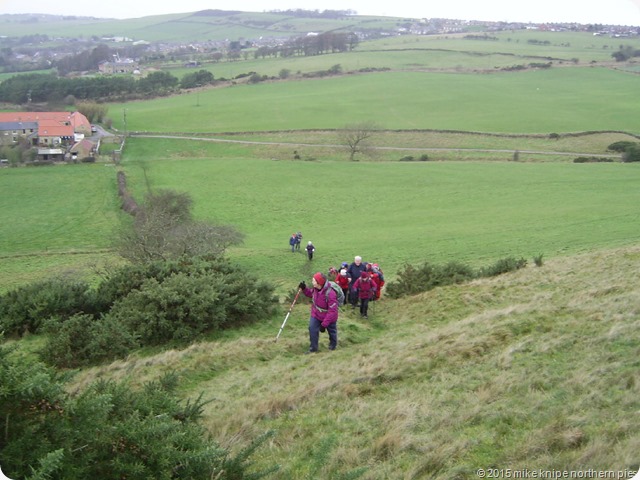 Pic shows walkers climbing heart-attack hill; so-named since it was the first hill to be graded by the number of heart-attacks expected whilst climbing it.

“Advent Adventure” is the title of this 8 (ish) mile circuit of Crook which we’ve now done as a Durham County Council guided walk some four times. So, it’s “another” Advent Adventure, innit? Traditionally, walkers have access to hot coffee and cakes, buns, mince pies and ginger wine at the end of the walk at St Catherine’s Community Centre, served by Mrs Pieman. This year, Lucky The Dog (LTD) was in attendance on the reccy and in St Caths, but couldn’t come on the walk cos I’m not allowed a doggy whilst leading a guided walk. It’s a distraction, see? 29 People turned up including Richard the steward. 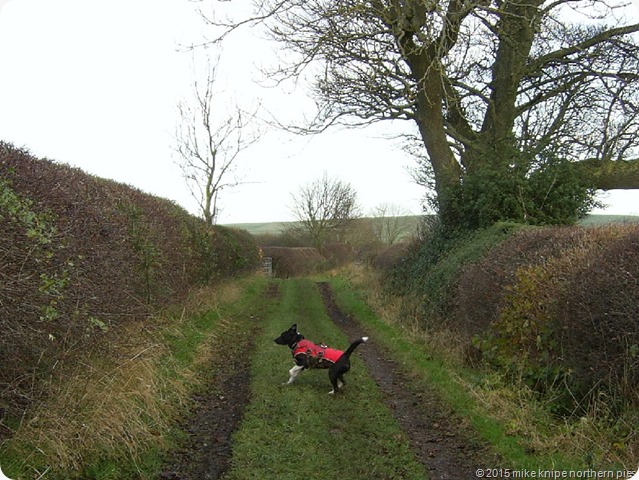 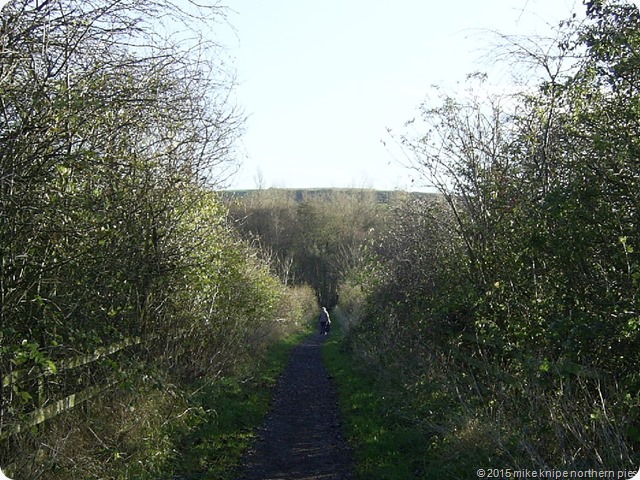 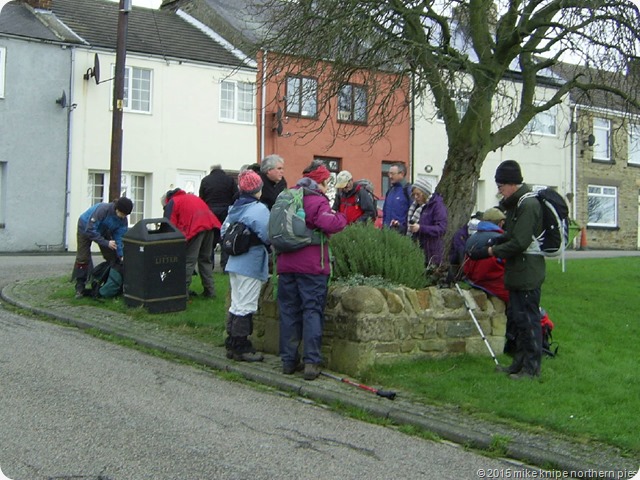 The reccy and the walk both went without any excitements – nobody got hit by a golf ball, nobody got knocked down on one of the road crossings and nobody fell off a footbridge into a ditch (which is what happened on a previous occasion)

This year there was no frost and the clarts weren’t nearly as clarty as on previous Adventures, and more coffee and cakes were sold than before. 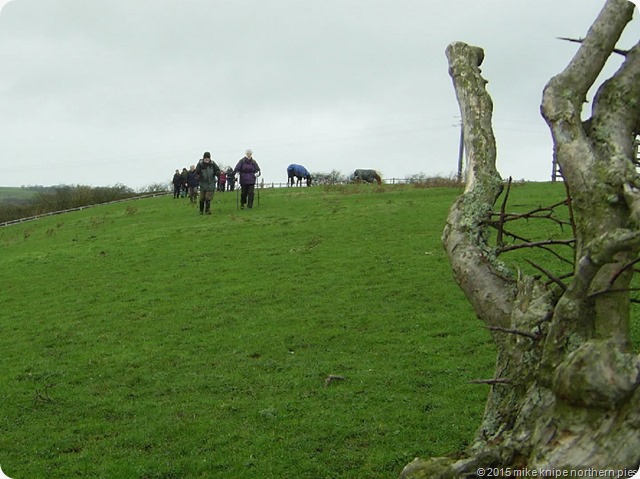 Its an unexpectedly nice little trundle around the very far Western edge of the Durham coalfield and has a long and coaly industrial history, including some of the first steam railway lines in the entire world, some huge, but now all-but disappeared industrial installations involving tramways, coalmines, brick works, benzine factories, railway sidings and coal tips – mostly now replaced by woodland and over-smoothed fields.

And nobody ever starved to death waiting for a bus in Crook (lots of cafe’s tea rooms, pubs and cake shops) 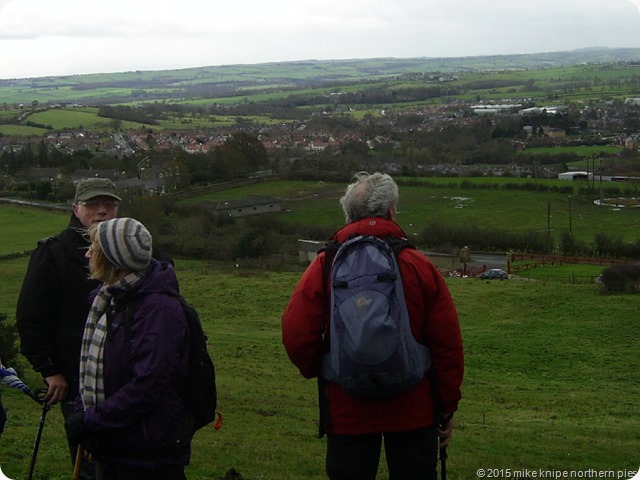 Pie Towers is down there somewhere 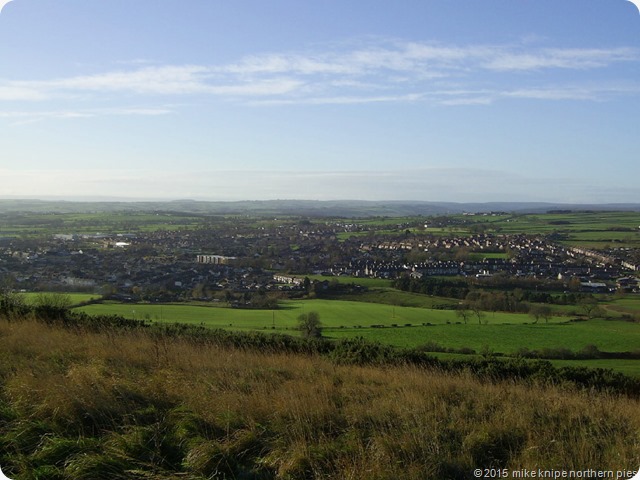 Same place, no people… on the reccy. Big view of the North Pennines and North Yorks Moors from here.

There, that’s a plug for walking around Crook. 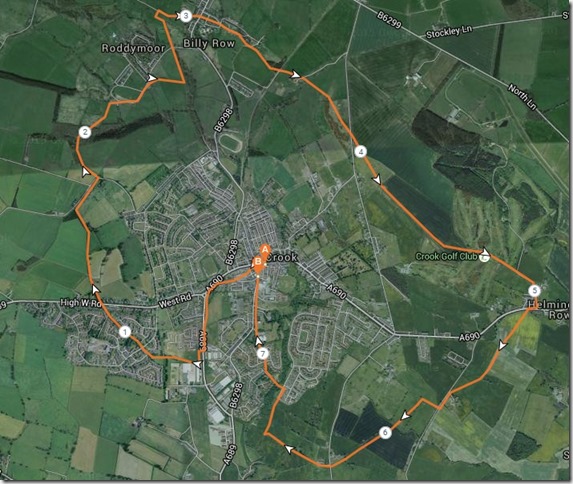 Unless, of course, you meant the tea rooms of the cafés.

Only ever driven through Crook, must stop next time with all those eateries available.....