Wythop – Five Out of Four’s Not bad 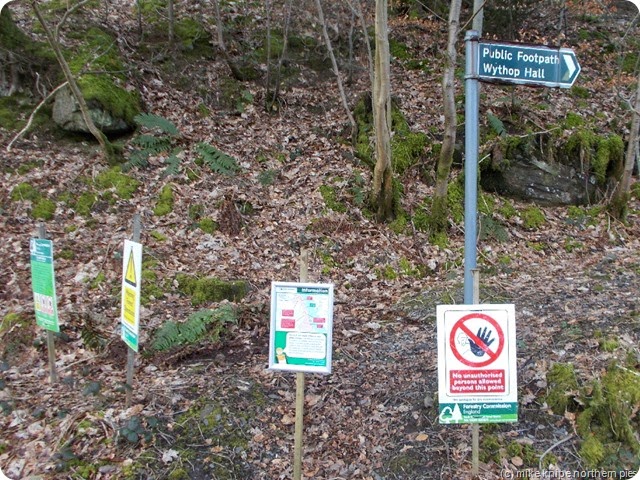 The plan was to drive to Braithwaite, quickly bag Braithwaite How, drive to where the Swan Hotel used to be (site of the celebration of the completion of my final Wainwright in 1981 by the way) = er, where was I… oh yes, bag Powter How, then drive a bit further and bag Ladies Table and the diminutive Birkett Burthwaite Heights and then come home for a brief period of celebration.

It was Not To Be. 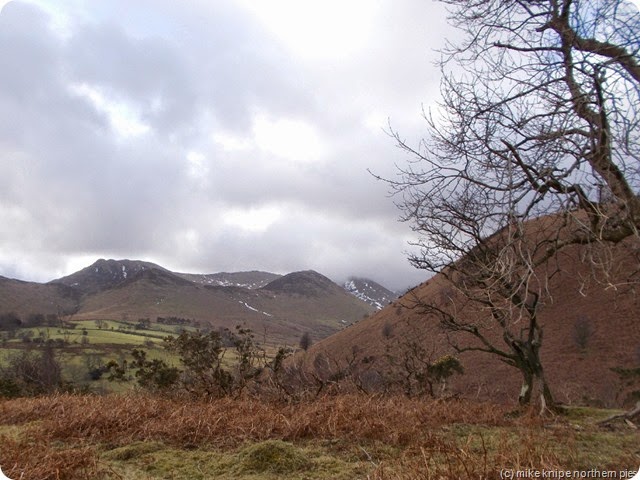 The first two Hows went well enough – and very nice they were too, specially Braithwaite How which has pretty much open access and appears to be some kind of huge childrens playground (i.e. a big playground, not a playground for giant kids…) 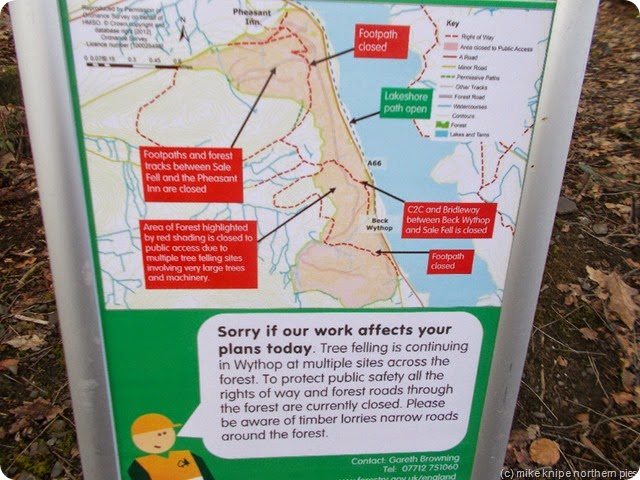 Then I found that the Forestry Commission, in their quest to turn their trees (aka our trees) into electricity had closed all of the footpaths and forestry rides, so, not only could I not access the Ladies Table, but a walk to Burthwaite Heights would be circuitous and very very long…  and probably not very nice either. 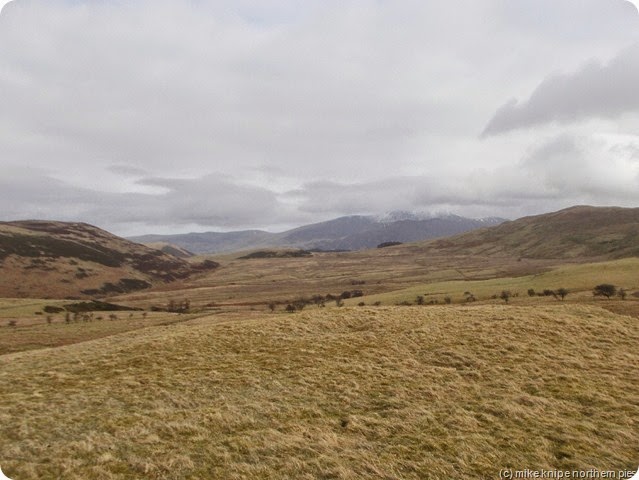 Then I found this gently tilted and, above-all, free parking area just next to Brumston Bridge – in easy bagging distance of Burthwaite Heights – so I bagged it easily, finding gates in all the right places and following a couple of other baggers up the path (yes folks, there’s a path) to the summit area – which is undulating and gently grassy to such an extent that the highest point is somewhat in doubt.

I decided, at this point that two other hillocks just over there ----->  could also be bagged and yet more gates were in the right places for access, except I did have to climb just the one fence. 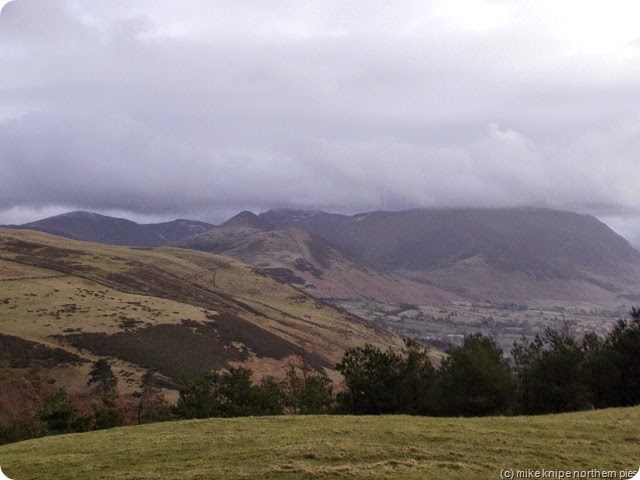 And so, we bagged Embleton High Common and Harrot – with it’s fine view of the Northern end of the High Stile/Red Pike ridge.

My old map didn’t have the farm buildings by Gray Beck and the yards were full of some very fat looking sheep. The farmer was friendly, though and she assured me that I could pass through with no problems so I did.

I returned to the knipemobile via some quiet lanes and a bit of a bridleway and made ten miles altogether. 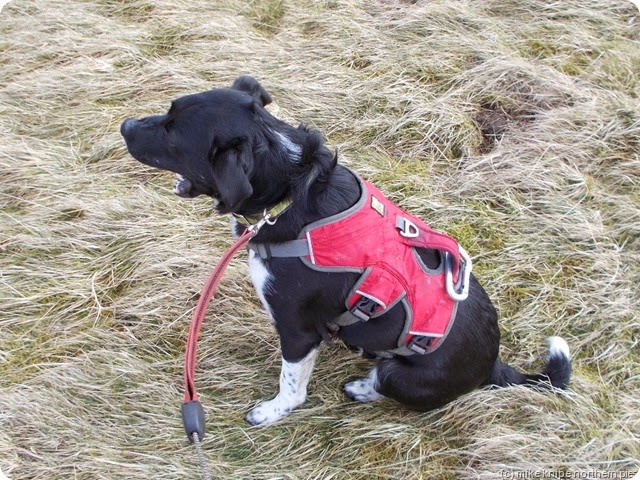 Lucky met two sheep dogs by one farm and four more later on. His strategy of lunging at barking dogs which has so far either sent them packing or made them pretend to be doing something else didn’t work on the second occasion and something of a cross-fence face-off ensued with the little idiot finally deciding that he needed to sniff some grass instead of being a bad boy.

In the end, I planned to bag four hills and actually bagged five.

I’ve also registered Lucky as a hill-bagging site user, and his total so far is 80 hills bagged - more than me this year so far, because he’s newly bagged a few hills I’ve already been up (e.g. Cross Fell) and you only count the new ones, innit?

I let him drive home, obviously.

Tilly says to tell Lucky not all dogs are worth a bark; some you just want to walk past with your nose in the air. And that really winds them up...

Who bought the pints?

Nice one Mike, looks as if you had some decent weather too.