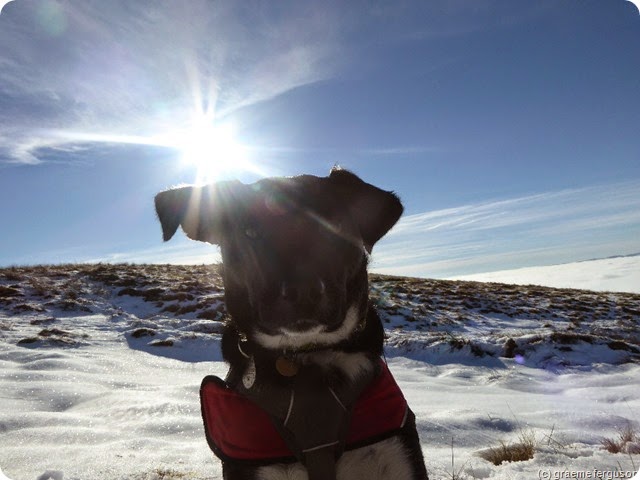 For some reason I mistimed my journey to Kirkland and turned up a bit late. Cumbria was cold and a bit icy and in deep fog. Lucky’s plan to stay in bed all day seemed like a good one in the circumstances, except that on breasting the Pennine ridge just by Hartside cafe, the  snowy Lake District hills were floating on a sea of cloud and , it appeared, that we were, in fact, in for a bit of a treat. 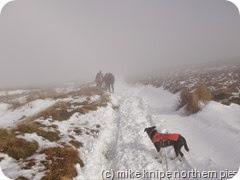 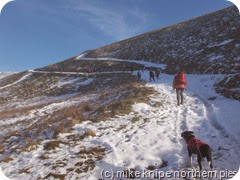 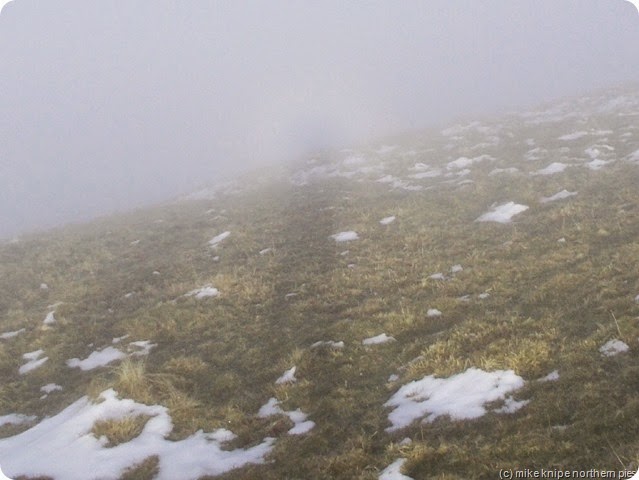 And so it was. We seven set off in the gloom and soon popped out into blue skies and warm (ish) sunshine. Graeme’s mobile weather station recorded a  temperature of 14C. 14c??! As the sweat dripped off my forehead,  I had to remove a layer. This was a bit of a contrast to last week’s brutally cool ascent of Cross Fell. And at one point, I spotted a Brocken Spectre. The pic is a bit vague, unfortunately… but you can just make it out. 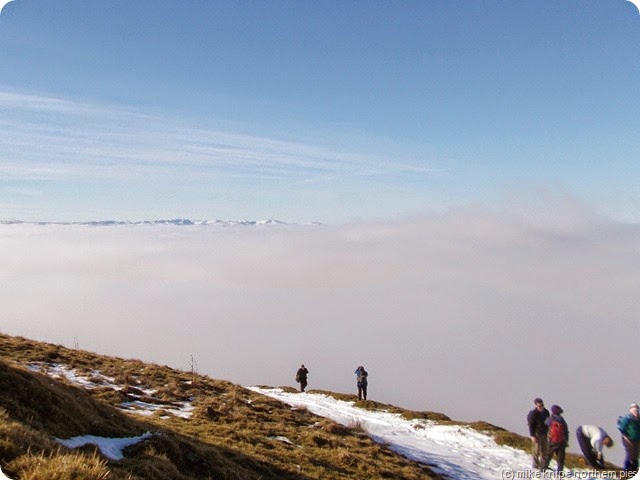 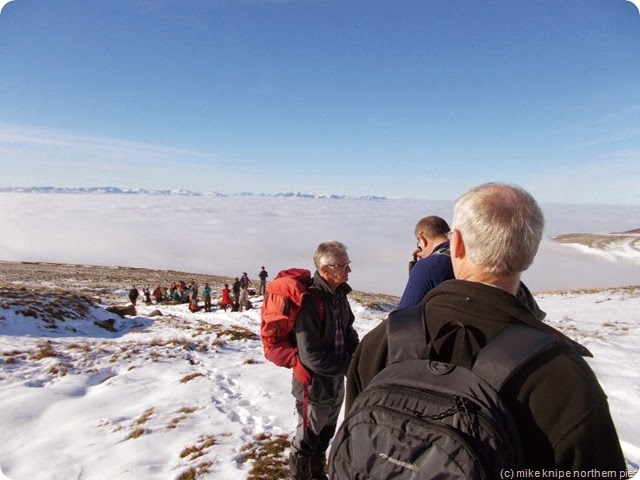 And Cross Fell was busy. There was another big group numbering in the high twenties, all very friendly, some hares and some tortoises – and one or two other small groups. We all filed our way up the bridleway, following ATV tracks which had hardened a corridor of snow to make it all a bit easier. 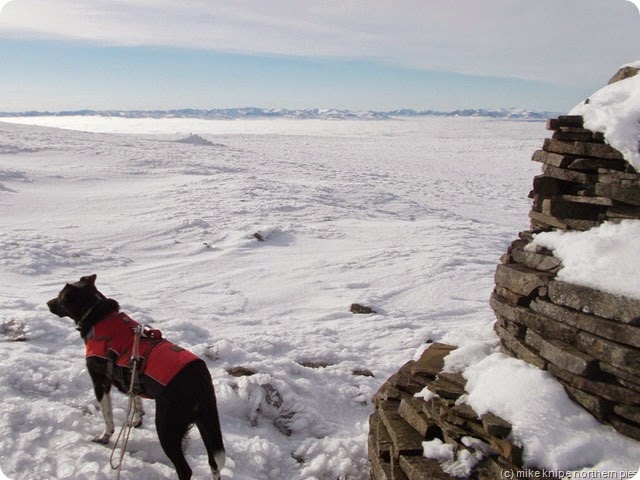 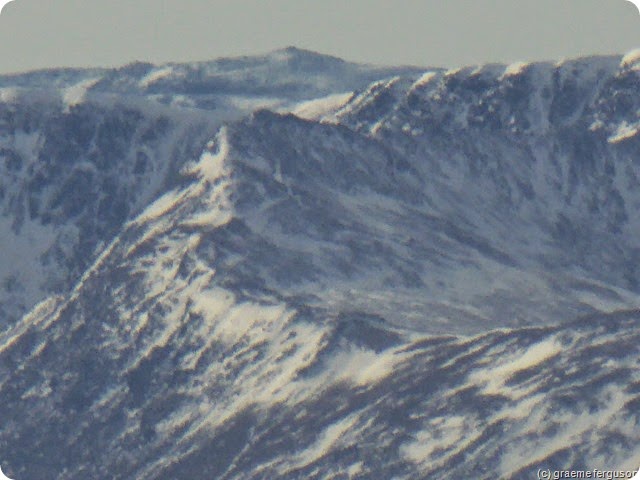 All of this was done under  bright blue skies with the backdrop of the Lake District fells, the Solway hills in the North and the Howgills in the South and a sea of grey cloud beneath. The big corrie on Helvellyn was easy to pick out and Graeme’s zoomed picture above shows Striding Edge. 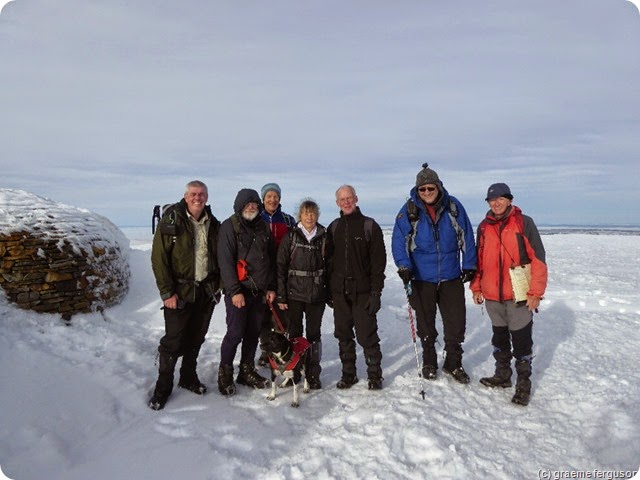 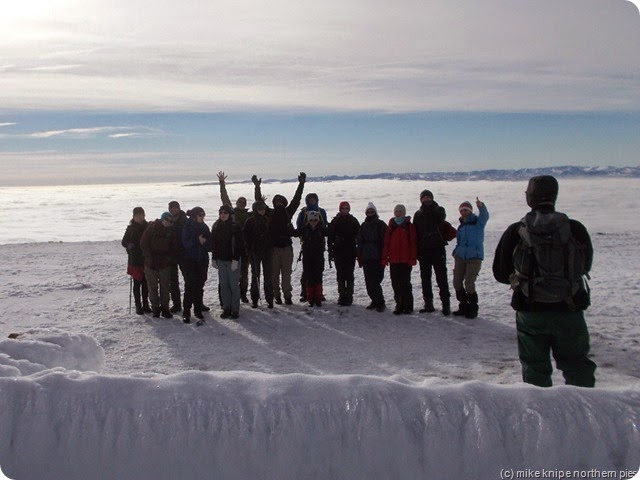 Soon, or at least, eventually, we arrived at the top where it wasn’t so warm. So , after group photos (they took ours, we took theirs!), we left for Tees Head. A few of the big group tagged along with us for ease of navigation whilst others of their number went off to bag the Dun Fells in a heroic but far-too-energetic-for-their-own-good bid for whatever it was possessed them to do it…! Anyway, its the first time I’ve managed to double the numbers on a walk…. 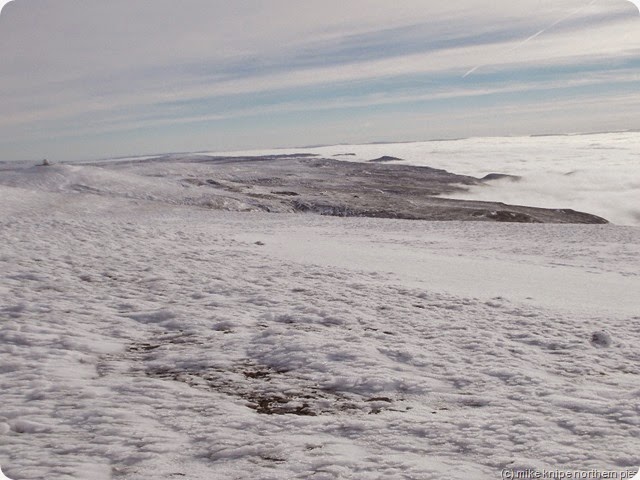 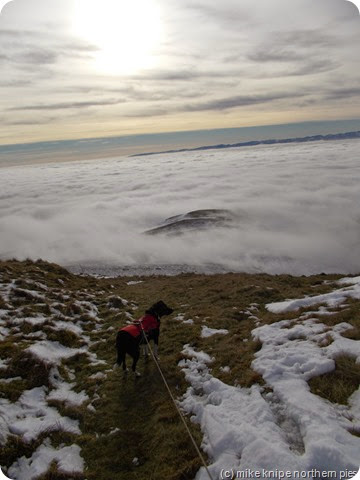 And so, after a few slips and trips in the now slushy snow, which was badly fixed down to the grass on this side, we descended back into the gloomy Eden valley and our cars back at Kirkland city centre.

Our nominated pub was closed and up for sale, so we improved our post-walk drinkies a bit by visiting the Cumberland Arms in Alston which was dog-friendly, had a nice fire and a selection of tasty beers. 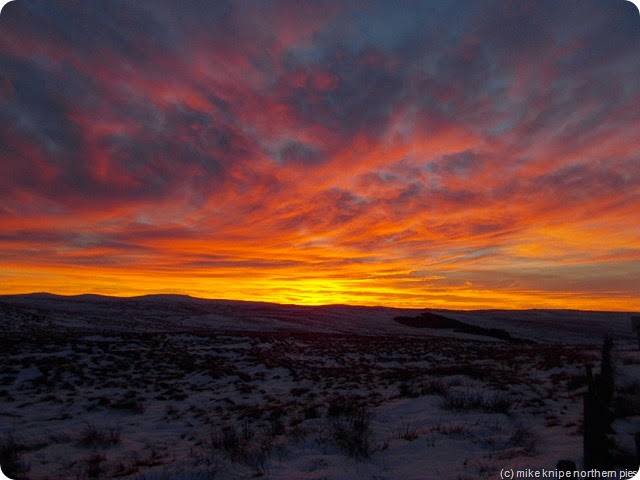 And in the end, there was the sunset. As I arrived at Killhope Cross, there were three cars there, all with their occupants snapping the sunset. So I stopped too, and so did Graeme. (Four of Graeme’s pics appear in this very post)

WE did 9 miles which, oddly, was a mile further than me and Matt had done, but we parked up the lane a bit and took two sraight-line shortcuts. Some of our snowshoe tracks were still there! And somehow I managed to lose one of the steel rings off one of my khatoola’s. I need to mend that somehow before I go on any more ice. 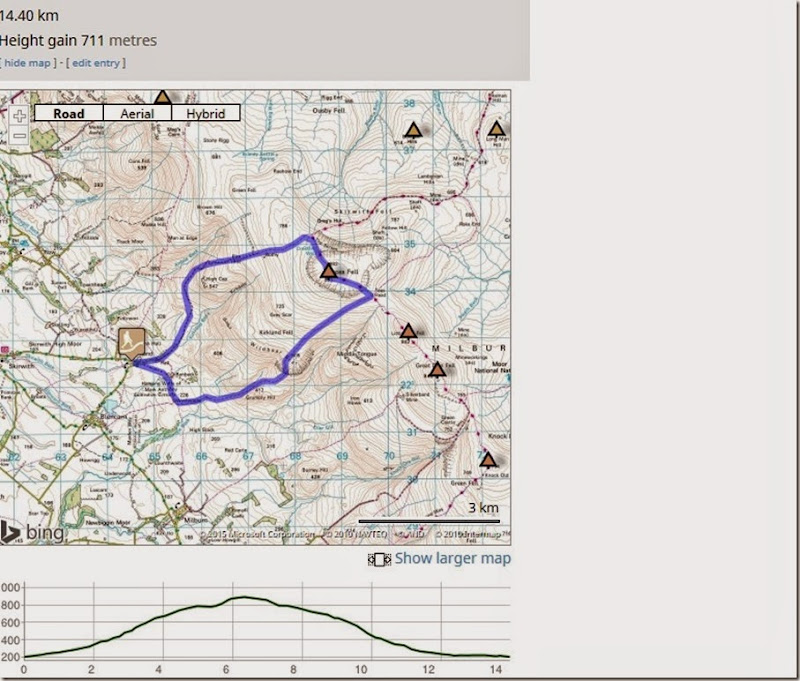 That is awesome Mike, cracking photos too.

That's a much better sunset than mine.

There's been some amazing sunset photos coming out of the North East of late...