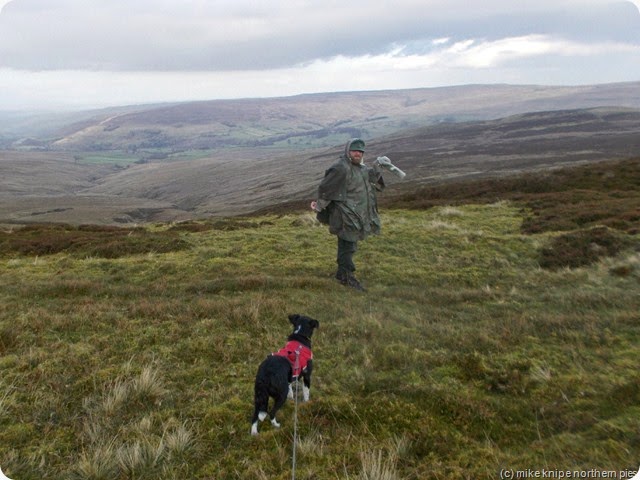 Being at a loose end on Sunday morning, having not returned to Wales for the Fight Club Hikers annual meet due to “stuff”, I suddenly decided on Sunday morning to see if there was anything local to bag and to go and bag it. A few small hills presented themselves, including Heaplaw a small 400 metre knobble or lump stuck to the side of Grey Nag. 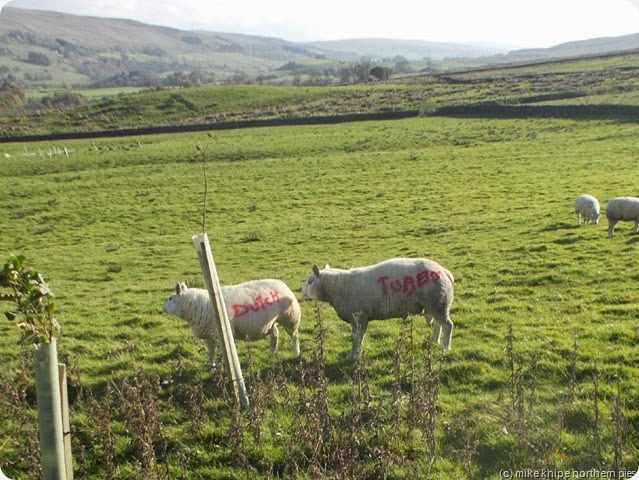 So I saddled up the pup (this is not a euphamism by the way) , collected Matt from his moorland hideaway and rolled up in Slaggyford City centre car park at about noon. 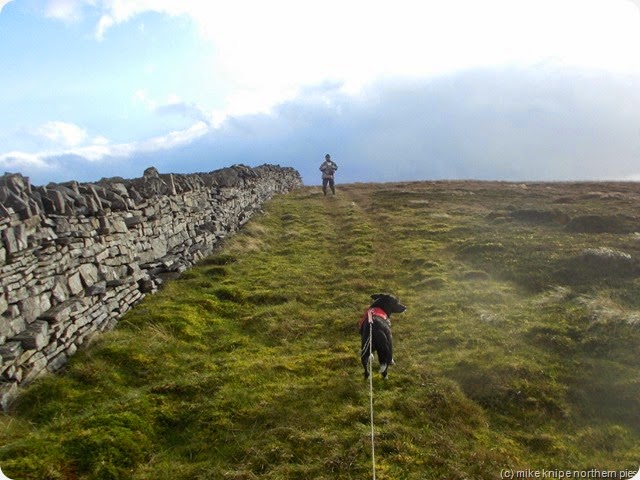 And we bashed our way up the long grouse-shooters track to the bottom of Grey Nag and slugged our way up soggy moss to the summit where we had a shivery sort of lunch. (winter draws on) – 6 degrees C and a lively 25 mph wind gives a wind chill “feels like” at just about minus 1 C. Brrrrr……  And the pup was shivering noticeably, so I’m going to have to do something a bit smartish about getting him a coat. (I’m too soft, innit?) 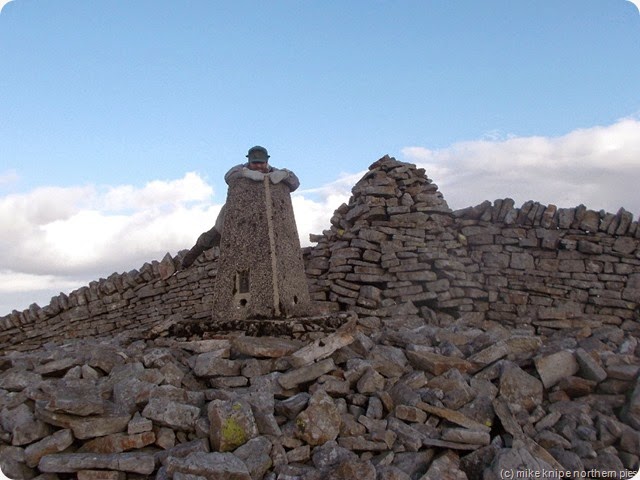 And then it started to rain – just a shower, really but driven along in sheets, so we left the shelter of the summit folds and marched off downhill to seek out the ridge which ends at the diminutive pimple Heaplaw (for some odd reason I’d been calling this “Threaplaw” all day… 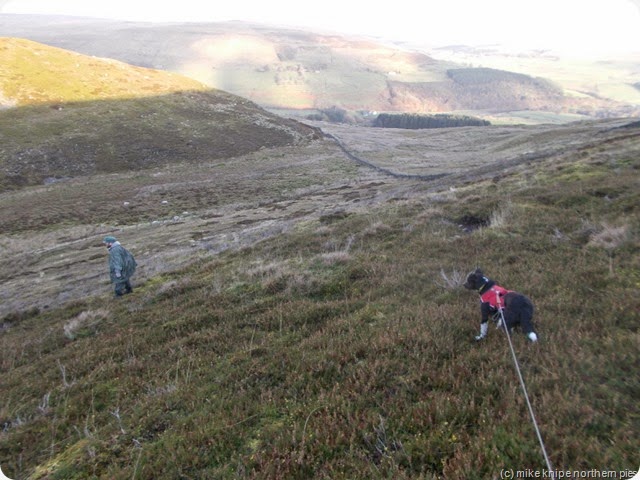 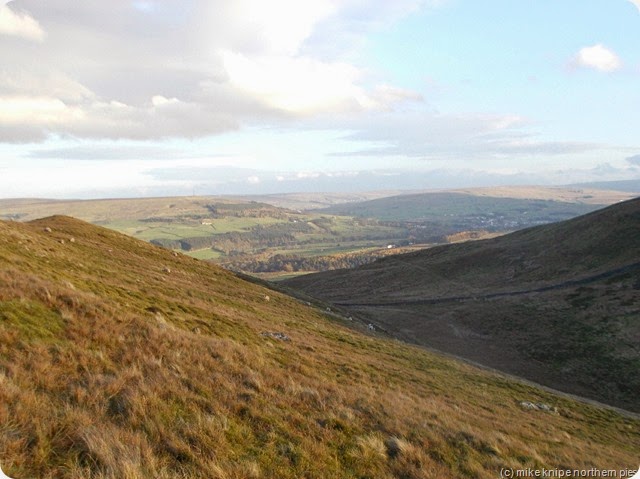 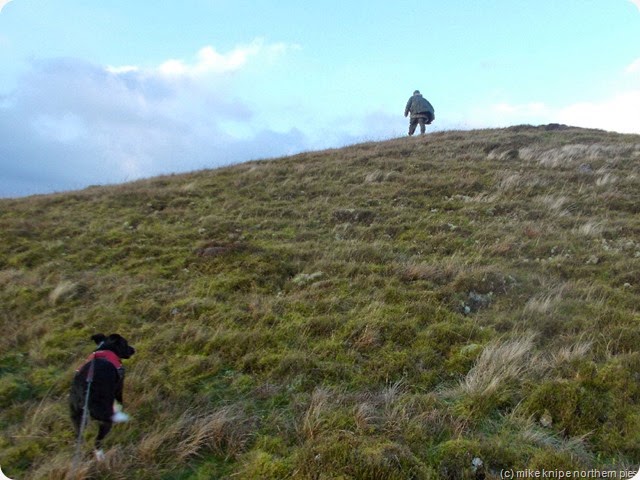 The ridge is rough and heathery and grouse-moory and drops off steeply at the end to reveal a nice, green lumpy sort of hill with a small cairn on top. There is a short and quite steep slope on all sides. 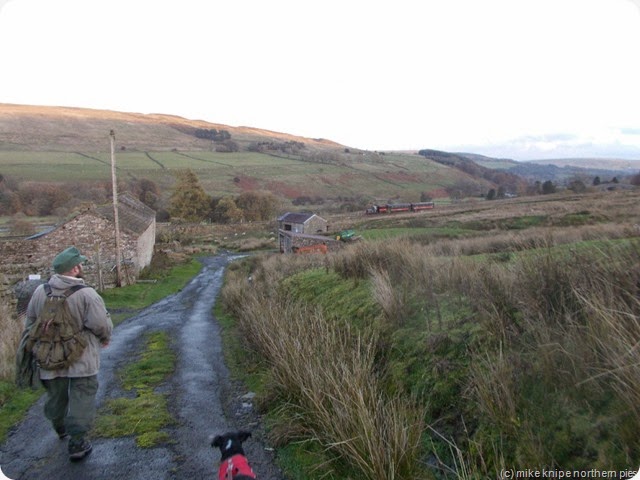 We came down to the main road and to Kirkhaugh where we joined the South Tyne Way alongside train tracks back to Slaggyford where the car was still where we left it. The last train left the last station just as we passed.

Then it went dark – this is what happens in November when you don’t set off till lunchtime but it reminds me that a night walk with some intermediately difficult navigation could be quite a good idea. Must do this soon. 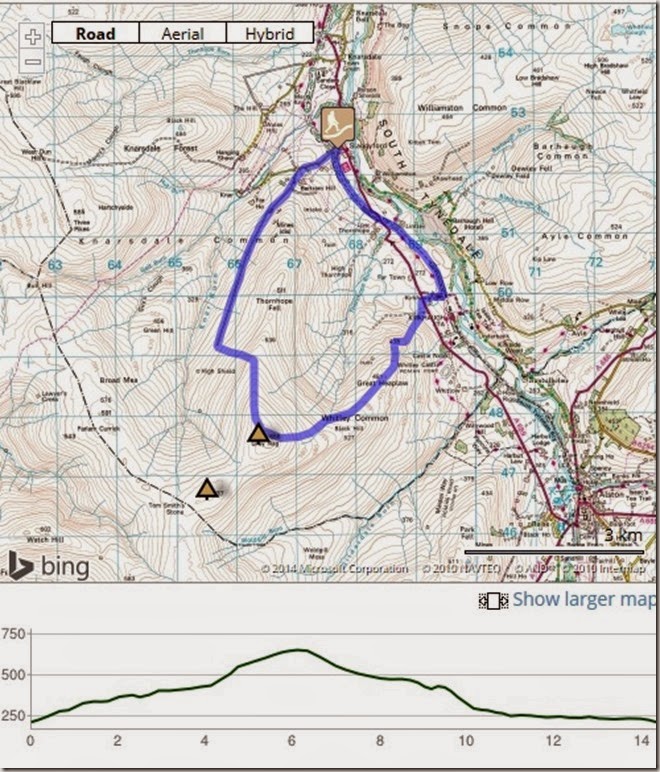 Ah yes, stuff.
Stuff can be a pain in the derriere, I know these things.
I hope it gets sorted and that Lucky gets lucky and is supplied with an appropriate bit of Paramo doggy gear....so much nicer than Goretex.
JJ

Thanks Dawn (see you in a bit by the way...)
JJ - the "stuff" is all sorted pro-tem. We have a plan for Lucky's coat involving serious rebuilding of Bruno's old coat. Cos it was a guddun, see..
Andrew and Brenda - Thanks for the donation. Tom Smith's Stone bogs are rather lovely aren't they?

Just in case it doesn't work altering Superdawg's coat, Dixie and Tilly both said to tell Lucky what their coats are: