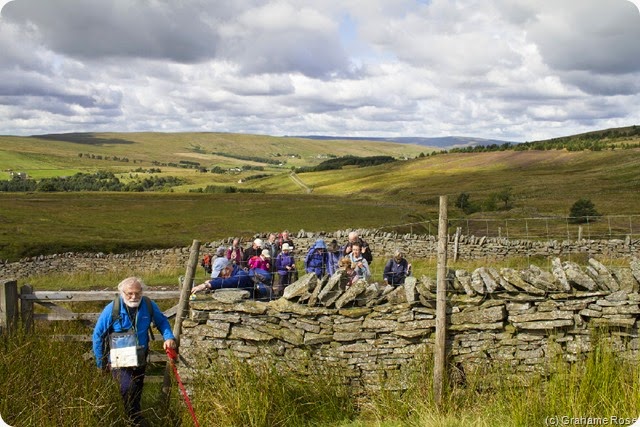 I’m not sure if all Pieblog readers will be familiar with the phenomena of Wednesday Walkers. In brief, Wednesday Walkers (WWs) are members of walking clubs that normally walk at the weekend and so these people – usually fairly “senior” , or, should we say “well-established” often get together on Wednesdays for a walk. And so it almost is with Co Durham’s Wednesday walkers, a group born out of the desire to fill in gaps, once a month – on Wednesdays – in the Durham County Council guided walks programme with a self-arranged trundle somewhere nice by one of it’s members.

On Wednesday, it was my turn to lead a walk. 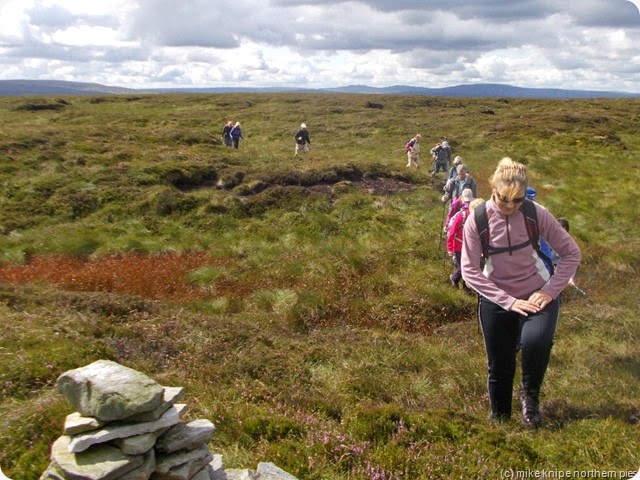 Wednesday walks are co-ordinated by Eric, who often does stewarding on my County walks and there are fewer and different rules applying – for example, there’s no stewards, no handouts, no charge, it doesn’t have to be in Co Durham, rules about dogs are more liberal and there ought to be access to a pub somewhere close to the end.

Eighteen of us, including me, plus Lucky met in the big car park in Nenthead City Centre. Lucky was well-met by many, if not most of the other seventeen walkers and he enjoyed every minute of the greeting. So – a good start! 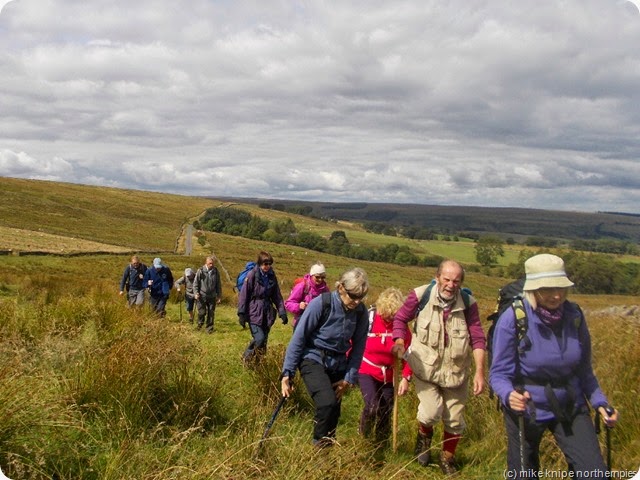 Our route was up to Whitehall and then over the moor to the summit of The Dodd at 614 metres – an actual Nutall and Hewitt, although, failing to make it as a Marilyn, being a mere outlier of Burnhope Seat. Nevertheless, on such a clear day as Wednesday, in a pure and slightly chilly arctic airstream, the views were magnificent, stretching almost coast-to-coast and well into Scotland. 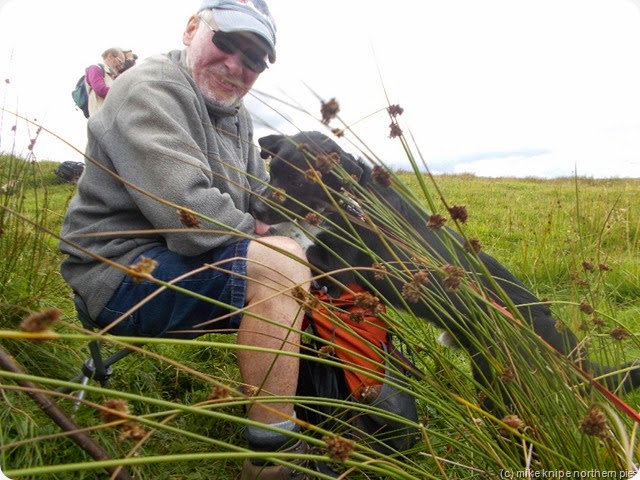 We descended by the long and wide ridge of Middle Rigg where, eventually a sheltered spot out of the nithering wind was found for lunch. Lucky also enjoyed the lunch and opportunities to test walkers’ skin for food residues.

We turned South over a soggy and tussocky moor – using ATV tracks in preference to the invisible right of way near the wall. 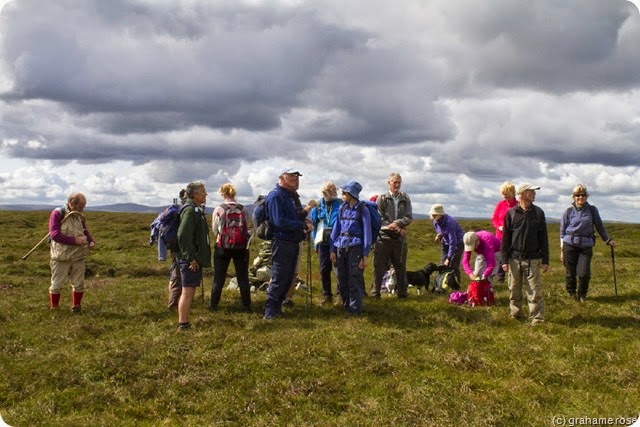 The bridleways on Carrshield moor proved challenging to locate, although me and Neville (and Lucky) did manage to follow the correct line eventually whilst others followed each other through the rough stuff. There was some dispute about  whether or not the  the post with the waymarks on it at the crossroads of two bridleways was in the right place. It was, although one or two satmappy things disagreed. 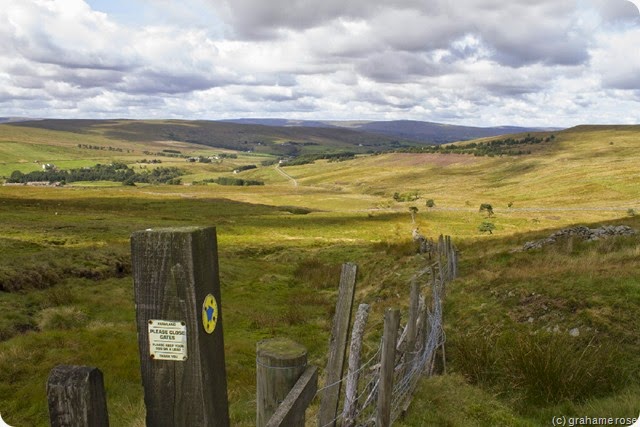 We blattered on down to Coalcleugh and over Isaac’s tea Trail back to Nenthead and to the Miners Arms where Lucky eventually succumbed to exhaustion after twelve miles – his longest walk yet.

I was quite chuffed with Lucky’s behaviour. He enjoyed hunting mice in the grass and had a little bark at a cow and a big bark at some frisky ponies – and another bark at the geese around the back of Brian’s house. I was quite pleased he could walk this far so soon although I was prepared to have to carry him if necessary – his tail was up right to the end. So, we’re in business and we’ll be doing some beefy walks quite soon. 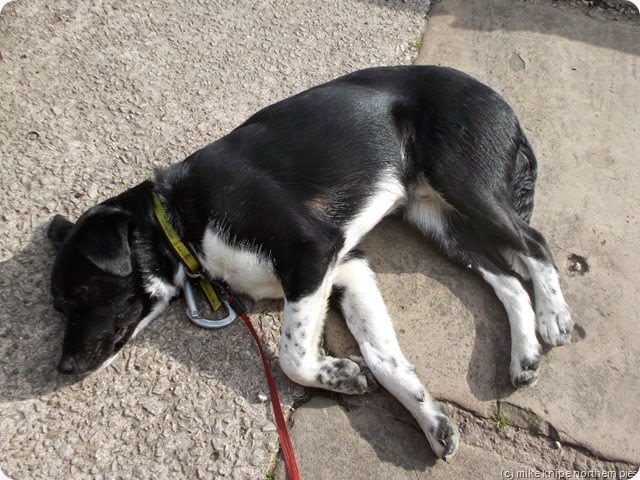 More Wednesday walks will be taking place on Wednesdays during the rest of the year…. Incidentally – only two Pieblog T-Shirts now remain to be sold – both medium, both ten of your Queen’s quids. An email to confirm availability and a payment direct into the virgin money giving account will secure one of these fablious fashion accessories.

More incidentally and by the way – I would order some more of these if there was a proven demand – so if you want one but can’t buy one cos there’s none left, let me know and if there’s enough demand, I’ll get some more.  They did go quite fast (half an hour!)

So glad Lucky is turning out fit for service already! If I was about an ocean closer, I'd ask to join your WW group, being quite well-established myself.

That dog Lucky is dead lucky with his choice of owner. What a nice life he is now leading.