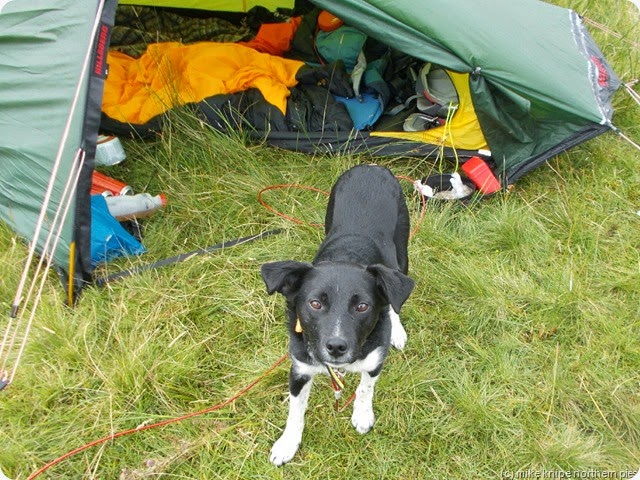 Despite the fact that I had to drive myself down the A1 (miles and miles of  soporific 50mph) (and don’t those twats understand the concept of “average speed”)… I was more than chuffed about Lucky’s behaviour in our little camp up by Fell Beck on Ingleborough. 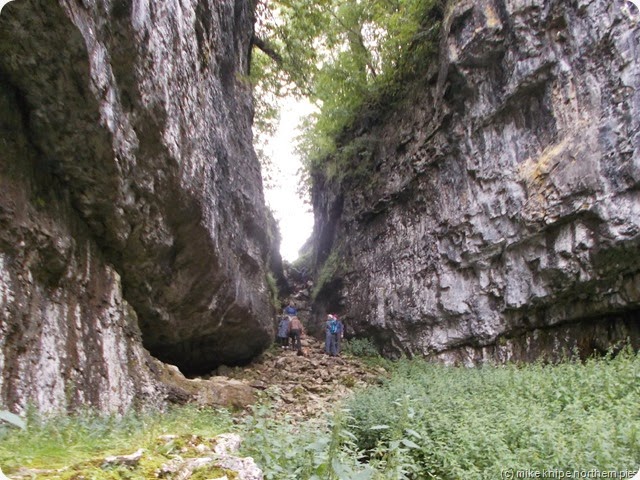 I collected An Important Relly and we went off to Clapham and walked the three miles or so up to Gaping Gill and selected a bijoux camping spot in the place called Harrogate – an area sufficiently far away from the Craven Pothole Club beer tent and winch, but near enough to call for help and a lend of some bacon and a couple of slices of wholemeal should the need arise. 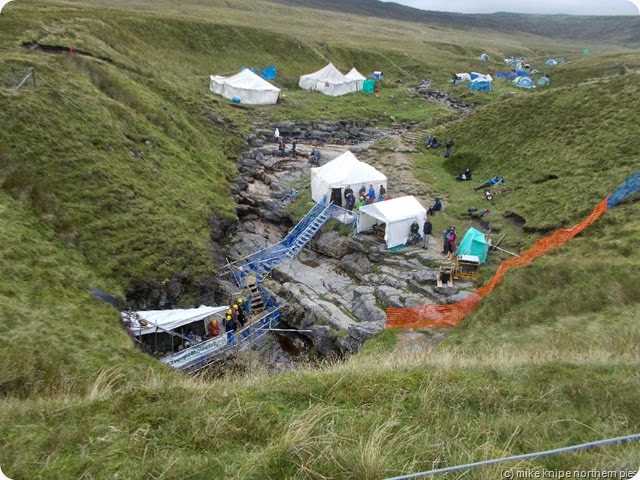 I was important to pick a nice spot since the wind was blowing a hoolie and a sheltered bit would be Just The Thing. As it happened, the wind around Lucky’s bottom was also blowing a hoolie , so some of the ensuing  dark and windy night was a bit disturbed. To say the least. Next time’s kit list will include a clothes peg (for the nose) Phew…. and Ghasp…. 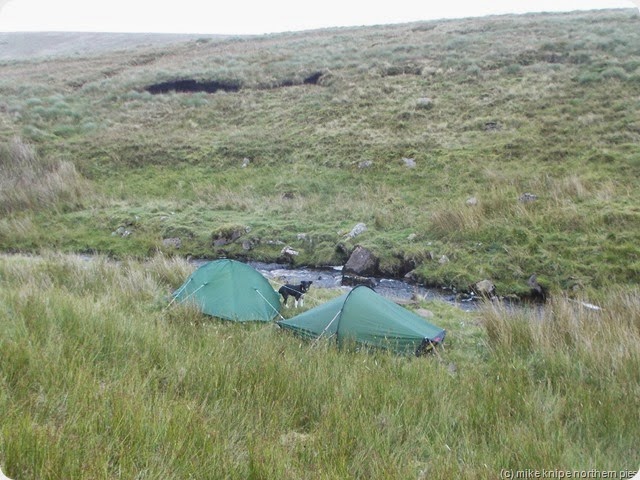 Overnight, it chucked it down Big Time and was quite windy – although not up to Cadair Idris standards. We checked the level of the beck at occasional intervals and No Threat was detected, although it did get a bit noisy at about 4:00 am. Fell Beck is quite capable of wiping out anybody and all their gear and washing it down the 350 feet drop into Gaping Gill should it so decide. (This would be briefly quite exciting, though the landing could pose survival issues, I would expect) 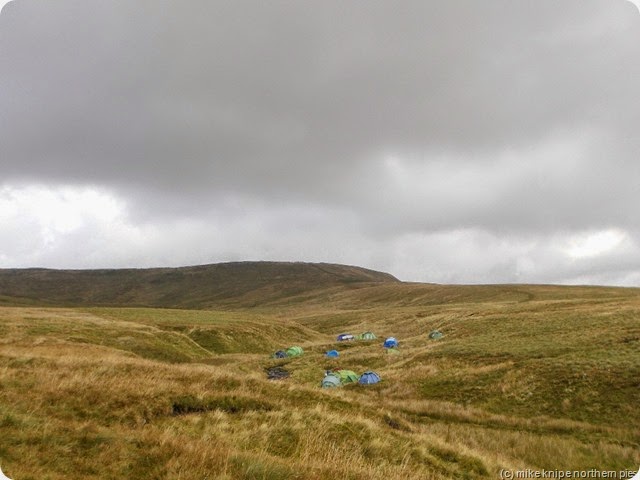 And in the morning, after brekkies and brews we retraced to Clapham.

A short trip, but an important one for Lucky and, I’m really pleased to say that his behaviour was almost impeccable, if you ignore the midnight attack on the food bag and the scoffing of the sheep’s skull – but apart from that, he loved it inside the tent and slept and slept and slept. 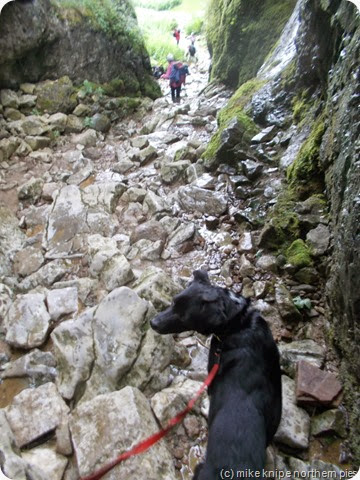 I’m happy, and the pooch seemed to enjoy himself too. So, more camping in wild and woolly spots are planned. His needs are few – just a woolly blanket, a selection of leads – fixed, extendable and a thing on another thing you screw into the ground, and 350 grammes of doggy bix and scoff per day. And I can manage to carry this.

So all is good.

And the Relly enjoyed it too, apparently.

Is that thing on another thing that you screw into the ground heavy?

Its not too bad - we only did about six miles altogether - but it didn't feel specially onerous. I guess that the key to a more lightweight approach is training, but we've only been together for a fortnight, so there's miles to go yet...

He'd chew the steering wheel at the moment, Dawn...

I wonder how many grams of kibble a single sheep-skull would be worth? You could save weight if you are Lucky enough to find a good sheep-skull goin' begging like that. (Just don't cook it though...this one idiot in a hostel in the Western Isles, when I suggested putting a candle on TOP of a sheep-skull, put it inside...it was horrible actually.)
If you want to save your nerves when on a crazy motorway, I suggest teaching the pooch how to properly drive your vehicle. Then just wear one of those black-out masks that keep light out as he pilots you along. It has worked for me in the past. However, he isn't a very big dog, so you may need either an automatic transmission or to help him with the clutch. On the motorway, mostly you won't need that.

He looks a little bit lost in that first photo, Mike. Did he think you'd forgotten where you live?