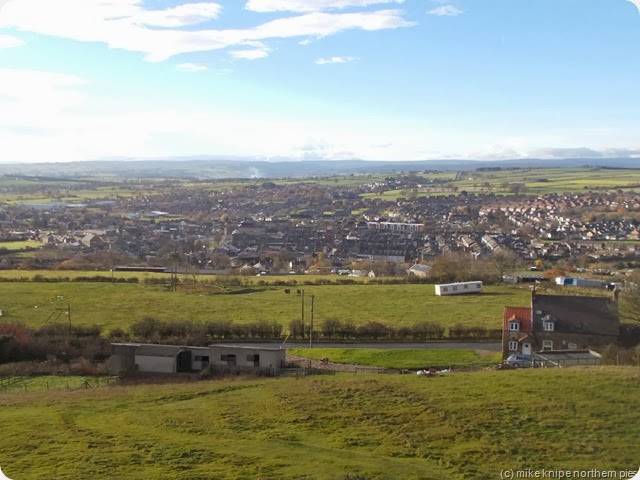 …is the title of the guided walk wot we did yesterday – it being advent an’ all and the start of all things Christmas (whooppeee..!).

Twenty two of us, including me and the stewards, Richard, Compulsory Dave and Eric, set off from St Catherine’s Community Centre in Crook, determined to circumnavigate the town of Crook on an 8 mile ramble. 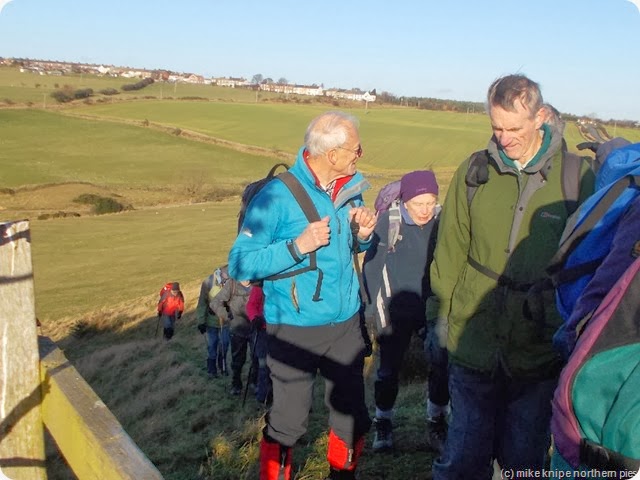 The weather was kind – nice and sunny with clear views of the Pennines and North Yorkshire Moors and so on and we trundled around the eight mile course in slightly quicker time than this time last year. However, this time last year was an icy day and much slithering and sliding was done along the frozen paths and there was a little excitement when one of the stewards plunged gracefully from a short but lethally slippery footbridge into a thankfully frozen ditch – suffering several small lacerations in the process.  The footbridge has now been renamed “The Diving Board” in commemoration of last year’s event. Yesterday, such a feat was unlikely since the footbridge has since been furnished with a section of chicken wire, which makes it less slippery. We also remarked on the number and quality of the large number of new stiles on the route – probably less a function of the Rights of Way peeps than investment by a new landowner wishing to speed the way of ramblers across his land and around his yard. 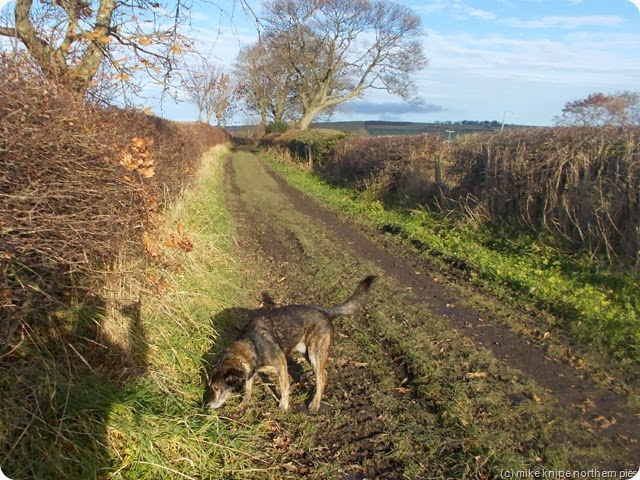 Me and superdawg reccied the route last week, in similarly nice weather. And we met no difficulties.  yes folks, the news is, that Nothing Happened.

Afterwards, about a dozen and a half of us had snacks in the Community Centre (Not sure who paid for mine, but nevertheless, whoever it was – thanks very much, it was very nice.)

I expect we’ll be doing this walk again next year. We did it last year. And the year before…. I expect you’re getting the picture.

Speaking of pictures – here’s some more and a map. 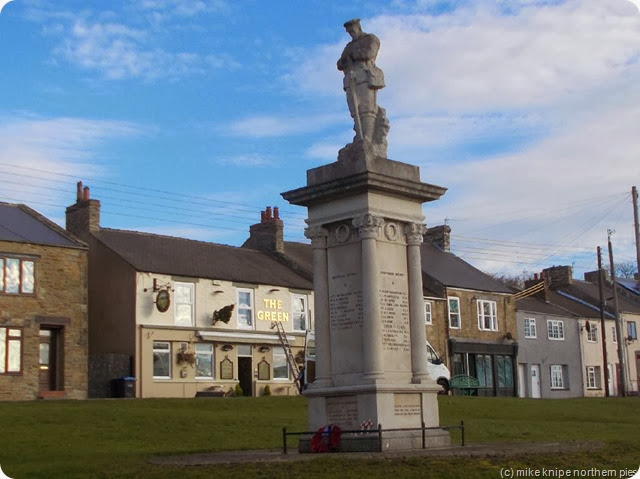 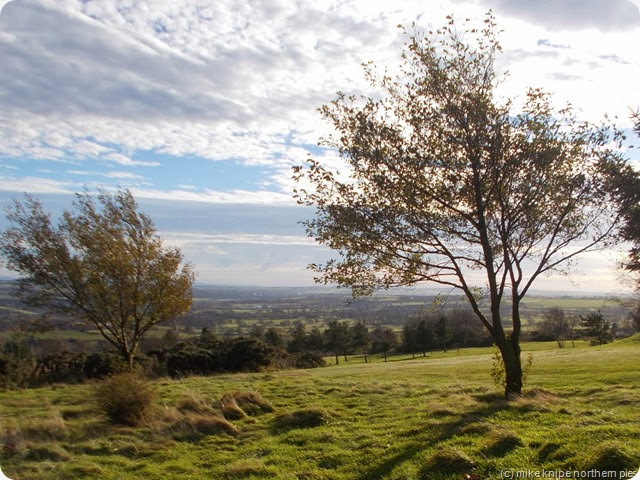 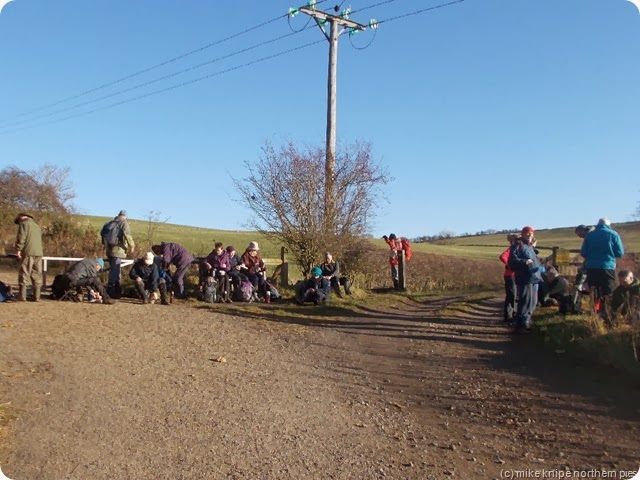 Lunch stop in a bit of a suntrap Deerness Valley Way 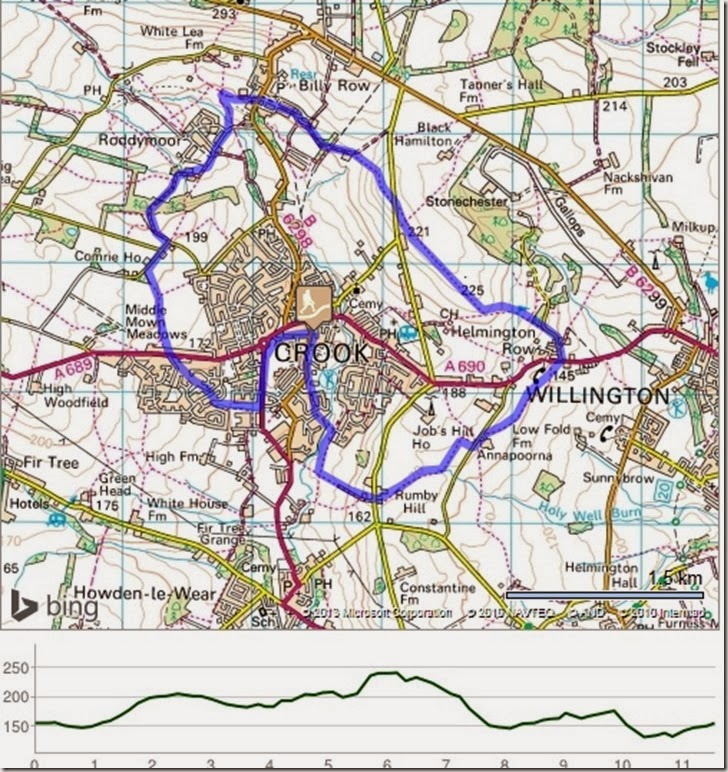 That looks nice, even if nothing happened. Nothing's happened round here either. Well, not indoors where I've been. Outdoors may have been a little more exciting, but I didn't feel up to that much excitement today. So I battened down the hatches. S'pose I should open them again so the children can get back in...