Shudder Been Up There 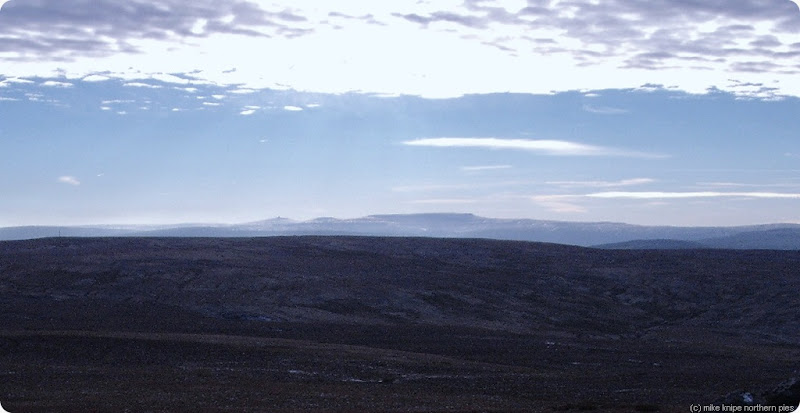 This is a shot of a snow-covered Cross Fell and the Dun Fells, bathed in perishingly cold sunshine. (It was minus four on the tops and a bit colder just after the sun set.)

Instead, today I battled the frozen bogs of Pike Rigg with Brian. We didn’t go there on a whim and I would say that if anybody is considering a visit to this particular forsaken spot then the very best time to go is when it’s frozen hard, just like it was today. Otherwise, you’re going to get wet. Very wet.

Possibly more about Pike Rigg at a later date.

There’s been a bit of a hiatus in outdoor activity for a week or so, partly due to some Christmas stuff (trees, Robin Hood meets Babes in the Wood panto, lights, prezzies, drinking practise…) and partly due to an attack of lassitude of a specially sleepy nature which involved  using a warm dog as a hot water bottle.

But I’m back now. 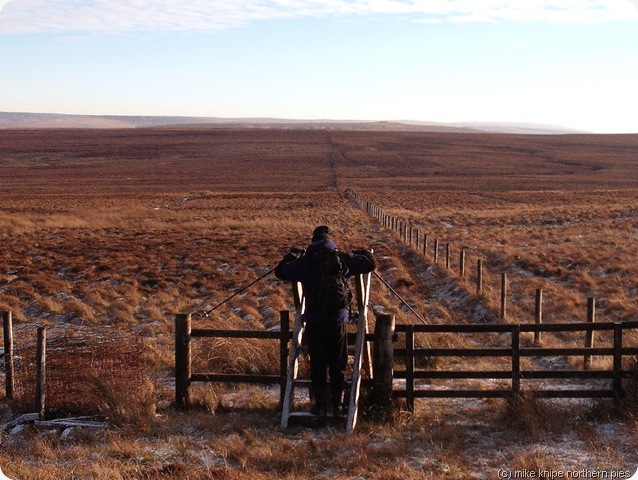 Good weather for getting out to the usual quagmire areas!

I've got Pike Rigg and Tarn Rigg on my 'to do' list for next year, I'll look forward to reading more about it! Forewarned is forearmed as they say!

Eeeeh, I just love that area...