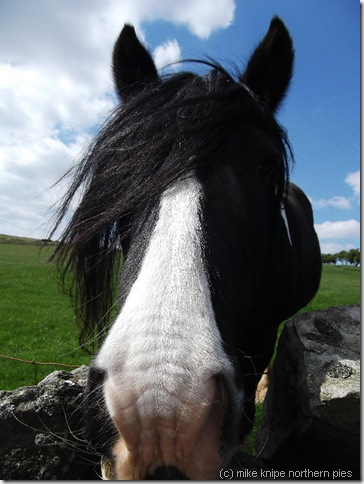 Bruno had to be left at home today due to the presence on this walk of a large herd of suckler cows on part of my adopt-a-path route wot I do twice a year around Blanchland and Edmundbyers. I’ve been mugged by these girls before. They really do go absolutely unreasonably apeshit at the mere sight of a wagging tail. So Bruno Was Not to Come, but to Stay At Home.

Leaving Superdawg behind is not an easy job, so I have to employ psychological tactics to try to make him think that I’ve just nipped out and will be back immediately my need to visit the emporia of Hope Street has been sated. After a bit of howling he usually drifts into one of his naps. Superdawg naps can last a long long time. 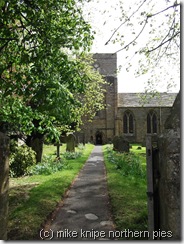 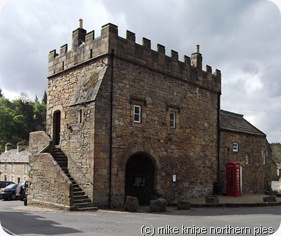 Today’s strategy was to nip over to the chemists to pick up my keeping alive tablets.

The lass behind the counter went said that I was five foot six, grey hair, untidy beard and a bit overweight. I said that actually, I’d come for my prescription, not…  dhuhh…. I expect she thinks she’s a bit of a wag. 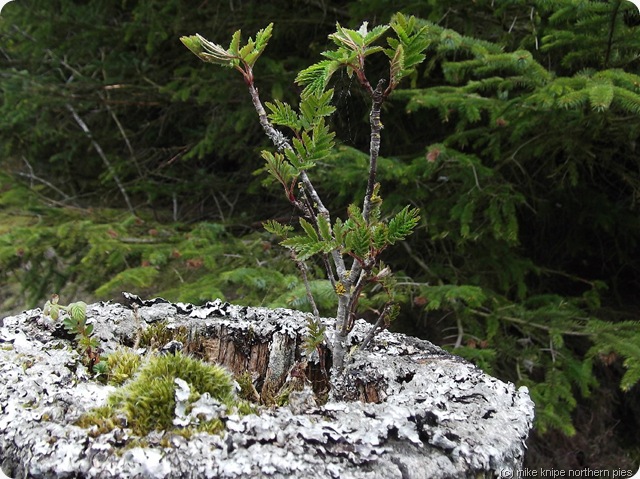 So, dogless and beta-blocker-less, I steered the over-cool knipemobile to Blanchland (the thermostat is broken) where I parked prettily and did my usual five or so miles up by the river, along through Deborah Wood, up through the lambing fields to Townfield and over the moor back to Blanchland, with a little diversion to visit the wobbly stile that hasn’t yet been fixed. Just for devilment, I added another two public footpaths to the round. This added a bit of time, but not much distance. makes a change, though. One of the paths has some shoring which is slowly falling to bits. I keep reporting it. It doesn’t look much worse than last time. i expect it’ll last another couple of years. 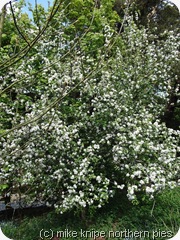 The other thing about this route is that I’m leading a guided walk over part of it in the summer. its partly advertised as a bluebell walk. the only problem with this is that the lily-like leaves I spotted last winter have flowered to reveal a plant which is not actually a bluebell… double- dhuhh…   I’ll see if I can bluff my way through. Don’t mention it to anybody, eh? There was this blossom-covered tree which was quite nice. Not actually a bluebell as such, obviously 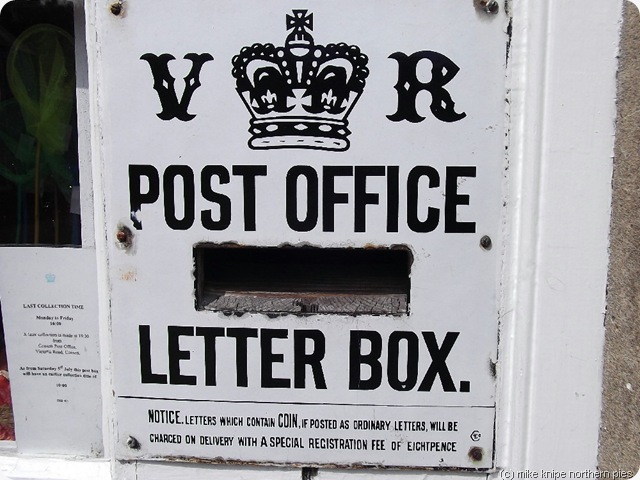 Victorian postbox….? Another thing which isn’t a bluebell. Its in Blanchland. 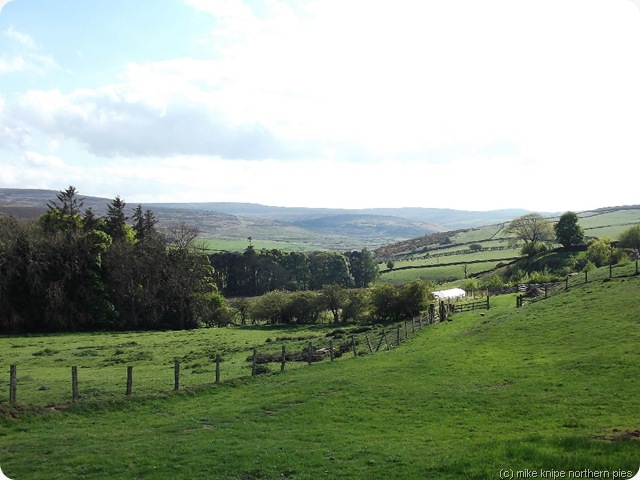 After lunch, I relocated to Edmundbyers and did my nine mile walk in the opposite direction to how I normally do it. I do like to be as adventurous as possible sometimes. All the paths and bridleways are in good condition and, as part of the lead Mine Trail are pretty well used. the bridleway in particular is showing heavy use by cyclists – but not much litter. 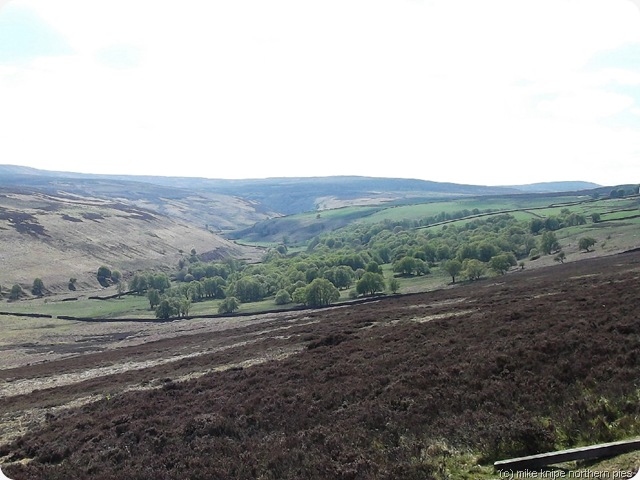 Its a fine route – nothing too exciting (apart from the suckler cows) – but nice, big wide open moorland on easy terrain you can blast along if you want. I fell asleep in the heather about halfway round. The wife woke me with a phone call to ask what was for tea. I didn’t know. 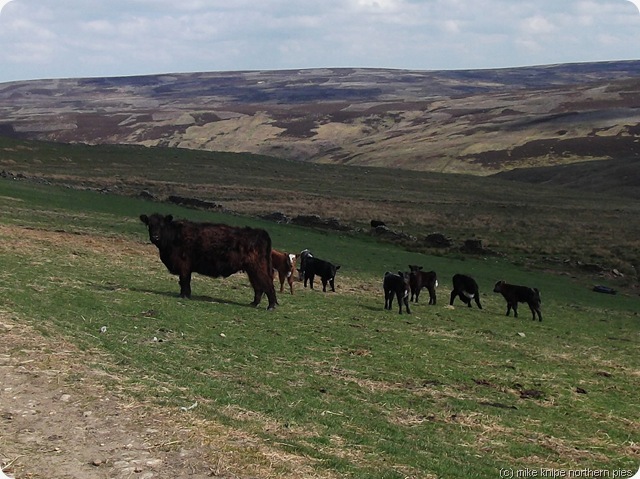 Altogether, it was 15 miles and 1800 feet of thin brown contoury things. I’ll be back in October.  Actually, I’ll be back on some of this in June….

Oh aye, I met a horse as well – see the picture.

Presumably that castle thing is Blanchlands, a place I've never been but would love to visit. I read about it in Wainwright's journey he made before the war.

Is it as nice as he described?

campfire - Blanchland wasd originally an abbey which suffered tough times with Scots raids and Henry VIII's dissolution. It was almost all destroyed, but bits of it are left - the giesthouse (now a pub), bits of the church and the gatehouse - which is the castle-thingy.
Lord Crewe, Bishop of Durham rebuilt the village around a square. Its very distinctive and, yes, its very nice.