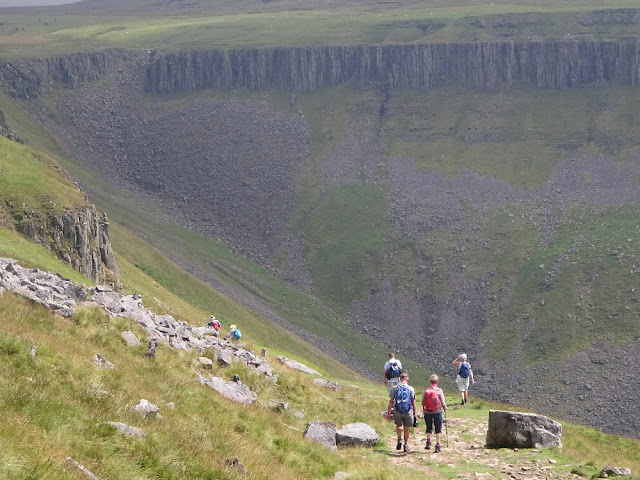 Some readers may have noticed a brief but fierce episode of summer. As the week progressed, LTD's tongue got longer and longer on doggywalks. He was, after just a mile or so, frankly, knackered. So we only went out before the heat or at night. And when it came to the walks I'd got lined up, it seemed that it would be daft to expose him to what appeared to be doggydangerous. So I left him at home. 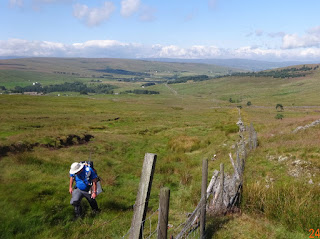 The first walk was an evening trundle with Crook and Weardale Ramblers around Willington. This was hot. This was baking. We stewed our way around the course and were forced to take shelter in Wetherspoons. Willington, though does have some really nice, short walking routes which, I suspect are not well-known outside Willington, which is a shame.  Several of us also got interviewed for Bishop FM, a very local radio station. Apparently the lass with the recording thingy (apols for the technical language here) is doing a million steps for Diabetes and it was all part of that. 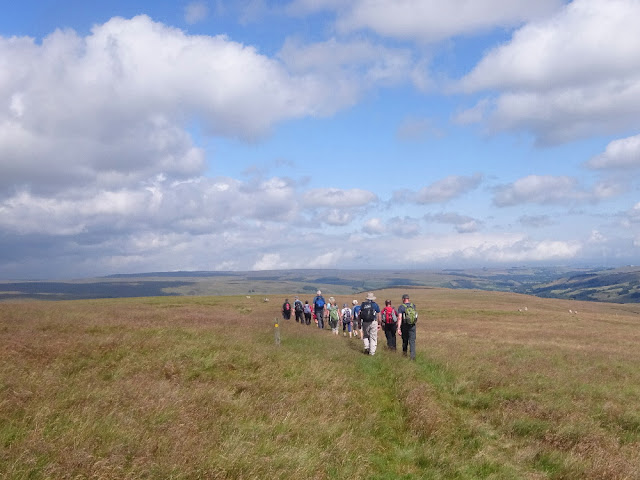 Next was the Wednesday Walkers Walking on Saturdays Wednesday walk from Nenthead - a 13 mile trundle and bogfest up the North Pennines lead by Diane. The forecast was for hot, so LTD remained at home again. Except it wasn't hot. It was sunny for a bit, then it was murky and a bit dark. We were forced to shelter at the Miners Arms in Nenthead. Whilst sitting outside sipping a dandelion and burdock, goosepimples were seen.  Good walk, though. 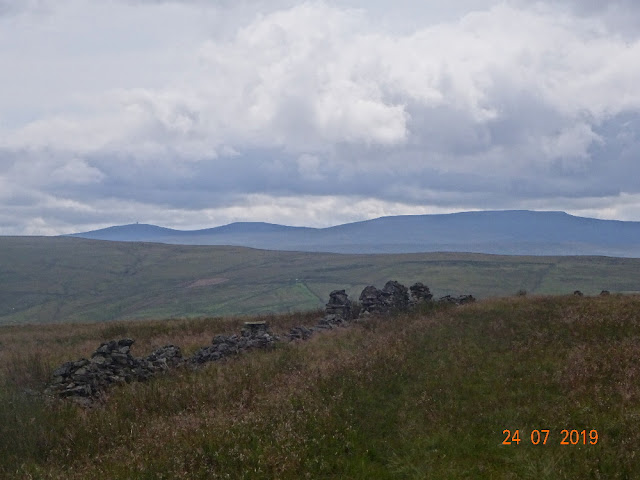 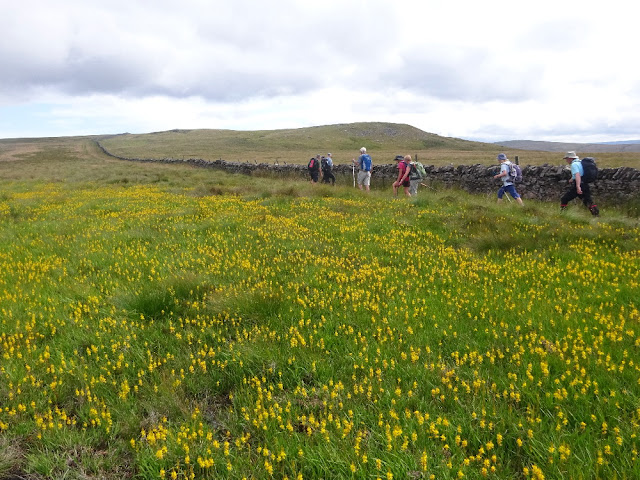 And then I went to Kendal - or, at least, I went to Barbon, which is relatively near Kendal. The forecast was for hot hot hot, developing into flash-bang-wallop, rumble with elements of monsoon. So I left LTD at home. 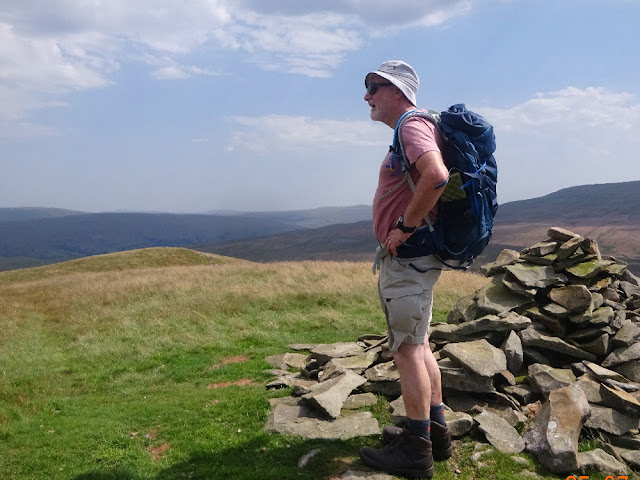 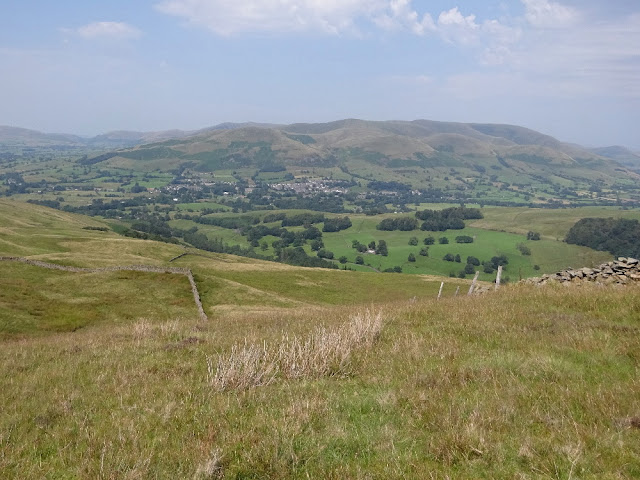 And it was absolutely steaming. We climbed Calf Top and continued along the ridge overlooking Sedbergh to bag the diminutive but lovely Tump, Holme Knott. Here, it was even hotter, there being a strong and welcome breeze high up. We joined a bridleway leading  back towards Barbon to a closed bridge where we were told to fuck off by an employee of Thomas Armstrong (un) civil engineering of Cockermouth who were repairing/rebuilding a road bridge on contract from Cumbria County Council.  He wouldn't tell us who he worked for, but the roadworks had Thomas Armstrong Civil Engineers "Building the Future" all over it. If building the future involves telling members of the public to fuck off..... etc etc.....  I tweeted them. They ignored me. The thunderstorm appeared on time. 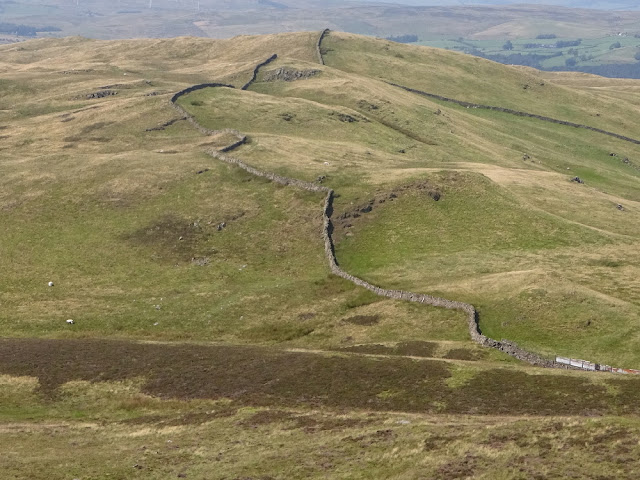 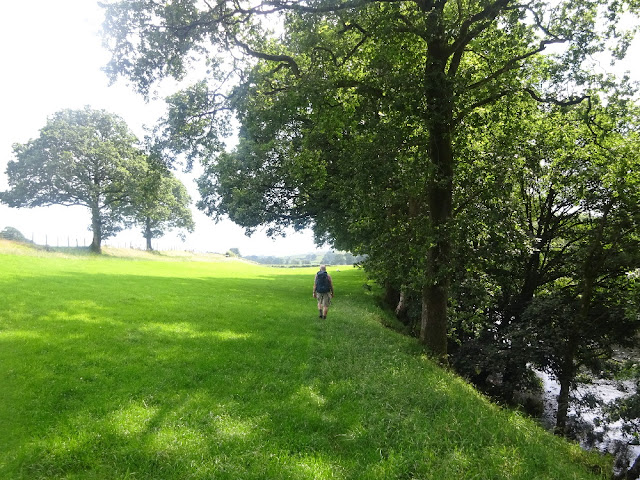 Finally, it was time for High Cup Nick. This was me leading the Crook and Weardale Ramblers and the forecast was not for hot, so LTD came along.
We walked up the left and side, had lunch out of a nithering breeze at the nick, and walked down the right hand side. It was neither hot nor cold, so we took shelter in the Stag Inn afterwards. LTD seemed to enjoy it and so did I.  I think we're back to normal now; the summer has reverted to wet and windy with occasional midgies. 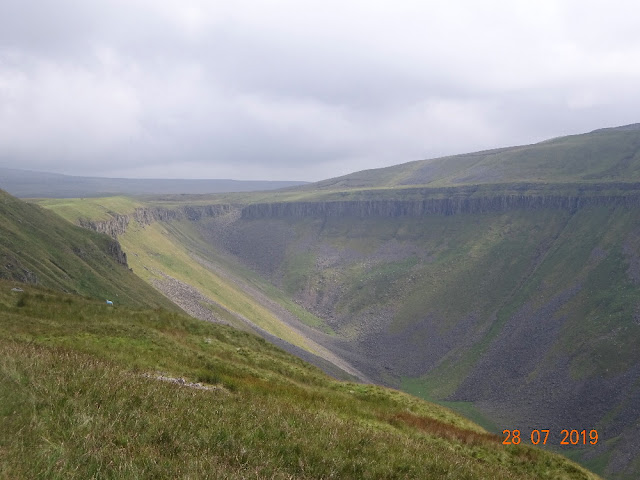 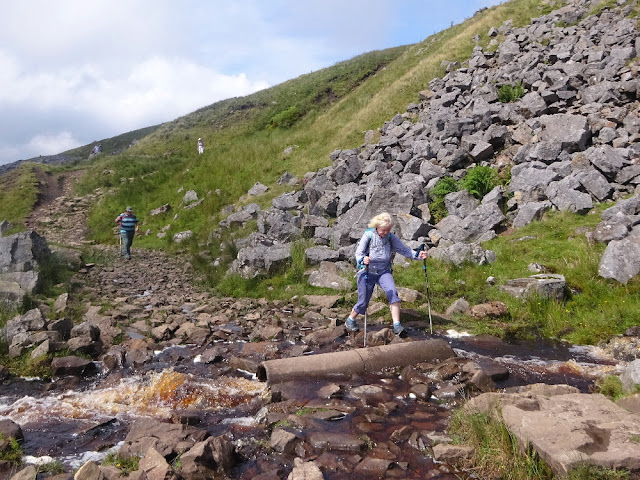 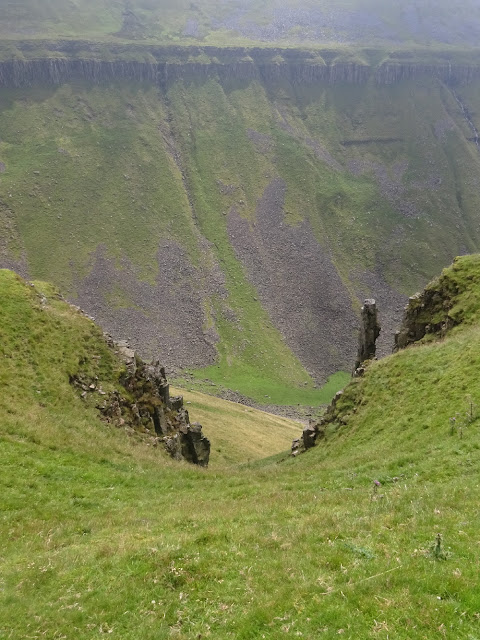 Some fantastic views there. Yes it was hot, I sweltered at Kilburn. Good idea to leave doggo at home.

Glad you're back to "lucky" weather! We've been sweltering in hot steam almost non-stop since June, and just walking to the barns and paddocks for chores is enough for me - always seems to be sweat dripping off the ends of my hair these days. Ugh.
Wouldn't you think that company - and the Council who hired them - would want to know if their employees are being nasty to people?!

We had summer in Manchester too.
It was a Tuesday I think.