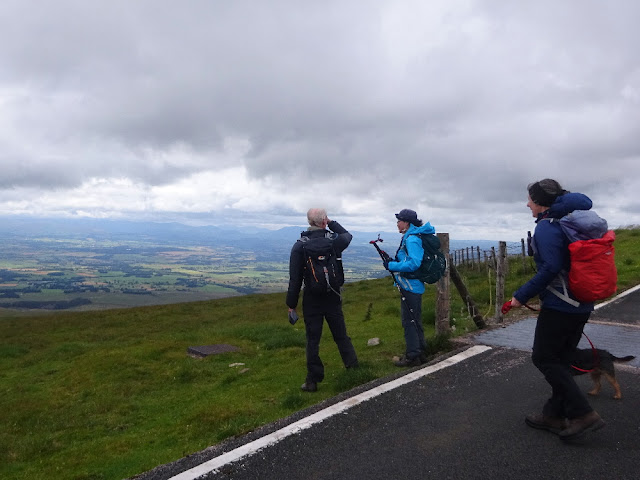 And now it was time to do July's long walk. This one is a simple route with a bit in the middle that's potentially a little tricky to navigate....  but not on this occasion.  The route is just 20 miles and goes from Garrigill City Centre along the South Tyne Trail to the source of the River South Tyne, over to the Tees and then follows Trout Beck to Dun Fell Hush, Great Dun Fell, Little Dun Fell, Cross Fell and the Pennine Way back to Garrigill where, it is hoped, the cars are still parked.﻿ 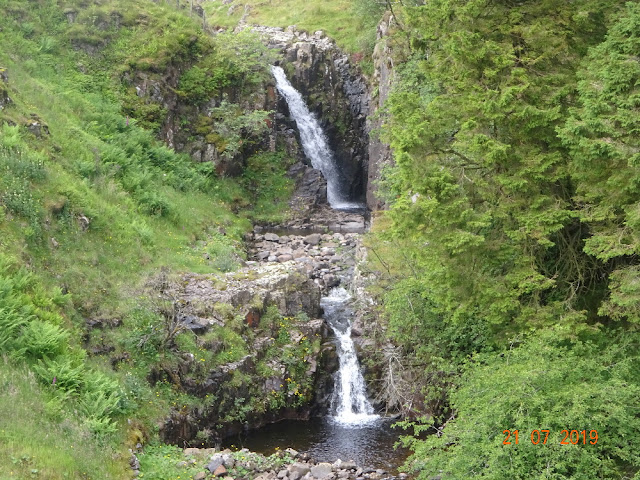 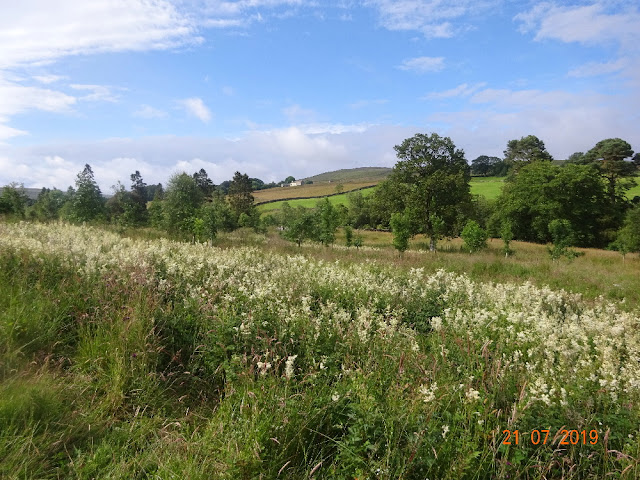 So, we had me, Lucky The Dog, Li Yang, Diane and David and Bailey The Other Dog. And it was quite hot at the start - for some reason I'd put on an ancient, but very warm Paramo wind-shirt and I was thinking that maybe this was a mistake. But - as we approached the strange statue-thingy at the head of the River South Tyne, it began to rain. Them as 'ad gloves, put 'em on. (note Yorkshire accent, here) The as 'ad 'ats, ad em on. I were bah't 'at. It were like Ilkla Moor in yonder song... 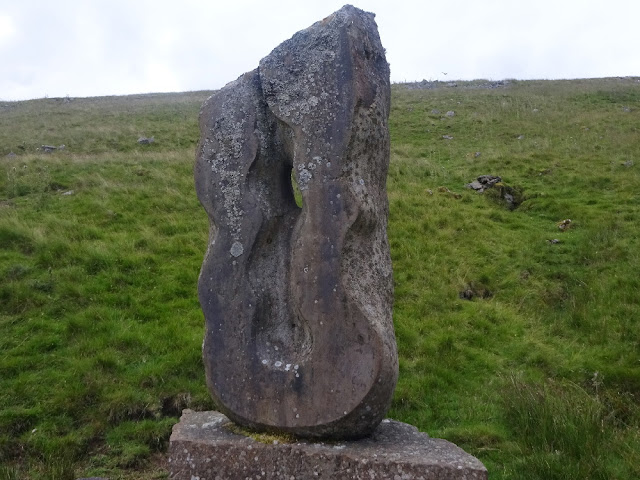 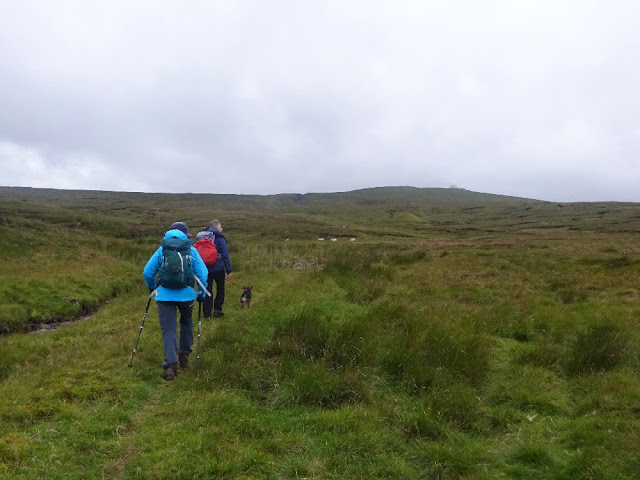 Fine - I'll pack it in with the dialect now - I was just showing off.
Anyway, it stopped raining and just got cold and, as we gained height and walked to the edge overlooking the Eden Valley from the radar station on Dun Fell, it was blowing a bit of a hoolie. We were just below the cloud base and there was a glider, just hanging in the air, sometimes appearing out of the cloud and sometimes disappearing into it. You'd have to know what you're doing to be able to do that. 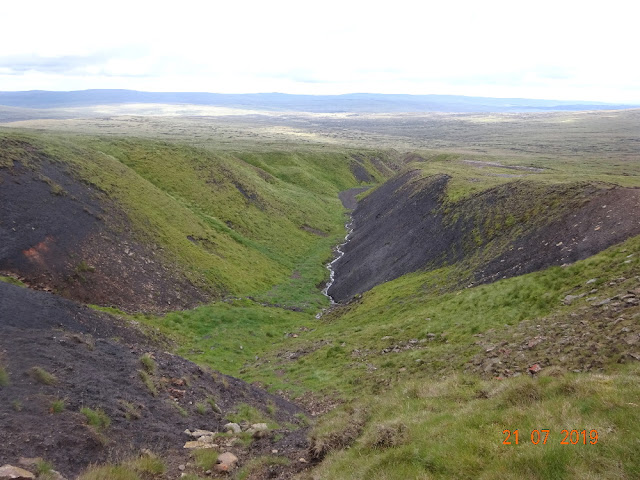 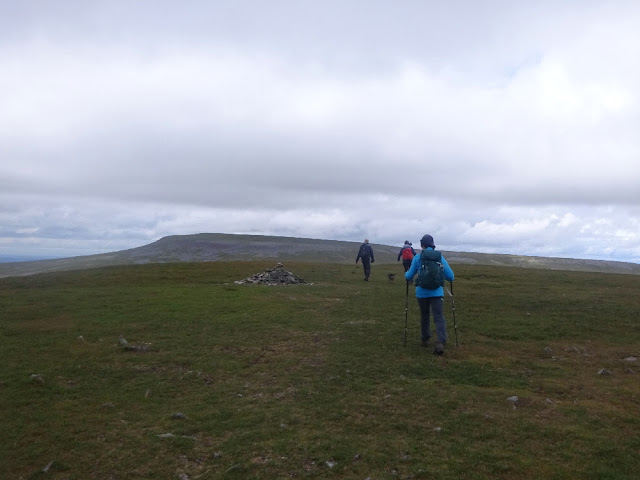 We progressed - over the breezy top of Little Dun Fell and into the cloud on Cross Fell. The last kilometre to the summit furniture was in thick clag. We didn't stay long but descended through sloppy bogs to Greg's Hut where we had our second lunch (mine was a pork pie and some nuts) (we don't half live it up, innit?) A Pennine-wayfarer from Huddersfield arrived and declared his intent to stay the night. We had a brief discussion about the horrors of the Huddersfield Ring Road and how to get to Holmfirth without accidentally going to Meltham. Or Leeds. Or feckin Manchester... 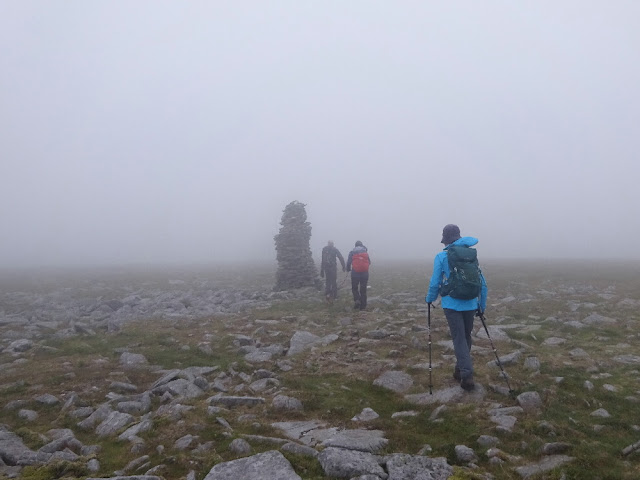 As we reappeared from the insides of Greg's Hut, it began to rain again, this time more determinedly and more wettingly. The trek from Gregs Hut down to Garrigill starts out nicely enough but when it hits the newly relaid grouse-shooters track, to be frank, it's a bit of a plod. There is nothing here for the brain to do. It just goes on and on. I might not do this bit again for a long while. 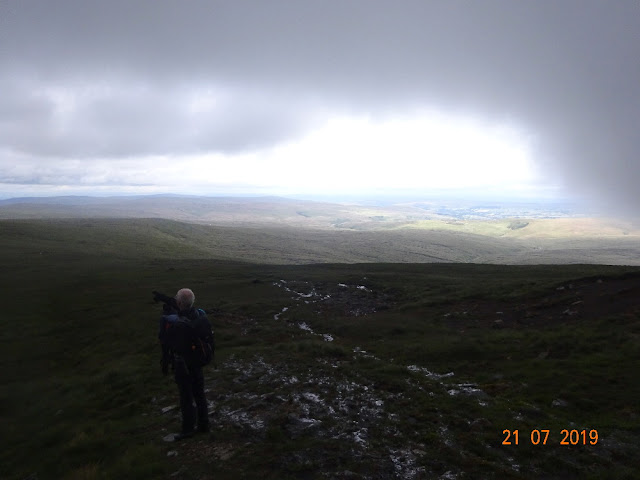 Sometimes bits of your writing make me think they could be poetry, or titles of poems. Today, I'm thinking a poem called "we descended through sloppy bogs" :)