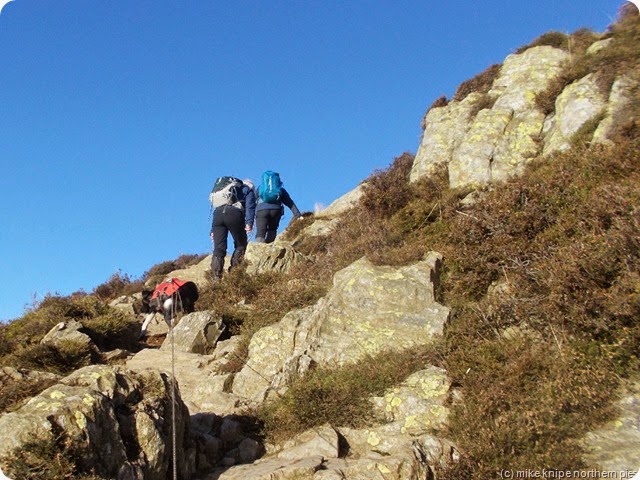 The idea was to have a shortish walk quite near to Kendal including what will likely be the last Birkett bag in 2014. And that was basically the plan. We had to invent the rest as we went along. Mainly, The Bro was allowed to do this. He had a map and one of those satmappy things. 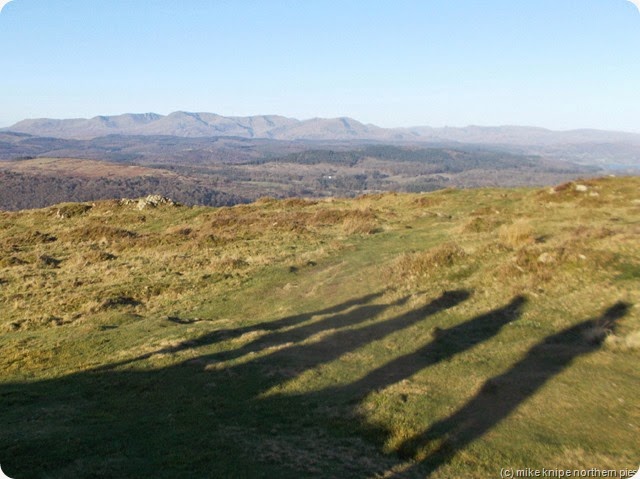 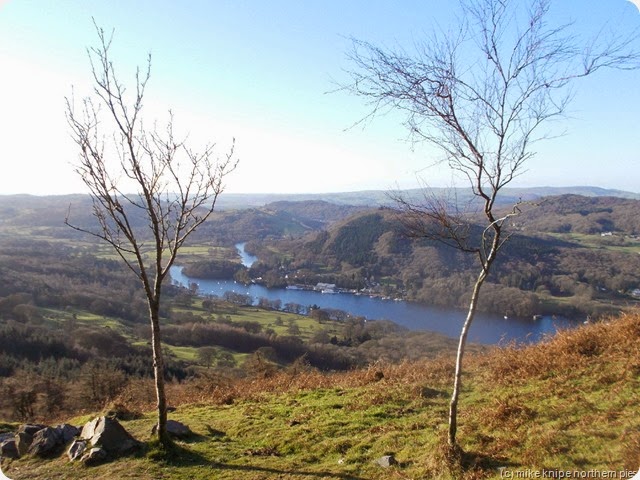 We collected Ria and the four of us Me- playing Hank Marvin, The Bro (Bruce Welsh) Ria (Jet Harris) and Lucky (Tony Meehan) and journeyed to the foot of Gummers How which we climbed in lovely bright sunshine. Here. The Shadows made their first appearance on a Wainwright Outlier

Next, was Hill318 – aka Birch Fell – our Birkett of the day. This was found over there ------> after a bit of boggy stuff and lots of trees and bracken. 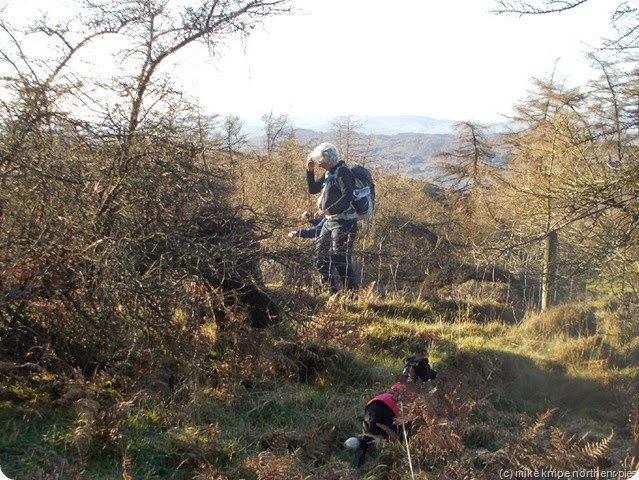 And then we weren’t sure what to do – so we found a sunny spot for lunch and lunched.

Later, lead away expertly by Bruce Welsh, we located a bridleway which went North towards a lovely little hill called White Moss, which we didn’t climb due to confusing paths and diffidence. Instead we stravaiged to Bowland Bridge, then , through cows puzzled by Tony Meehan’s attitude which involves growling and generally being an arse towards our bovine friends. Around here, somewhere, we cam across a “bridalway”. As it happens, no wedding was taking place (the person who wrote the sign indicating the direction of the Bridalway and where it went probably wouldn’t understand this quip by the way), we headed back over fells and through woodland to back to the start just as the light was beginning to fade. 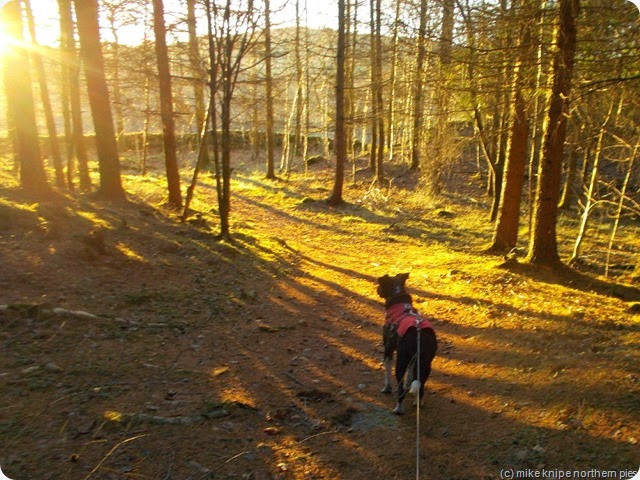 Sometimes things can be overplanned. Not so on this occasion. We did 8 miles and a fair bit of climbing. Here’s a map of the walk. 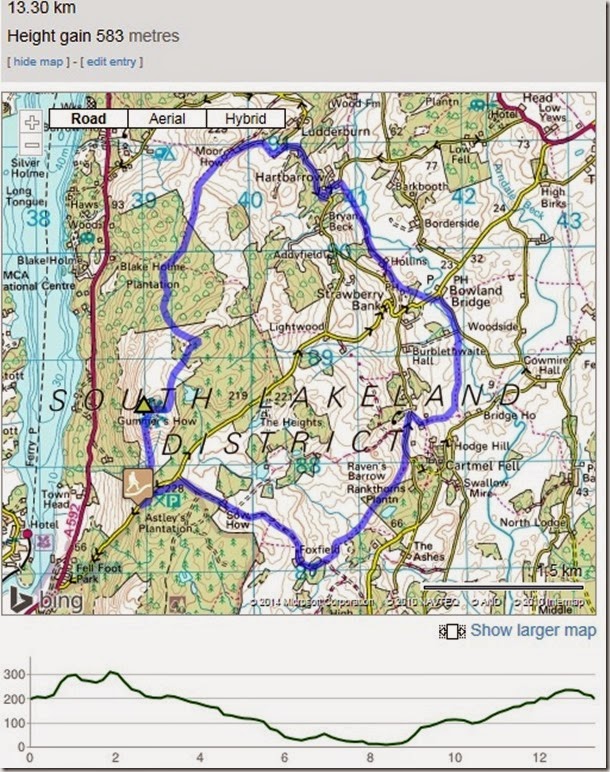 Looks like fun Mike, weather looks as if it was good too.

Is that Cliff on the first photo?

I count 5 shadows. Is the other one Brian Bennett? Also you appear to have an arm growing from your right hip.( pic by wire fence)To hold your walking stick with....? 😊.Seriously, what a lovely view down to the water. Worth all your effort.

fab weather, Dawn... nice and warm in the sun. Just in the sun!
John- I wondered who'd be first to, spot Cliff.
Caz - It is indeed Brian Bennett. Obviously a fan! There does seem to be extra limbs around...??

Are you sure one of those photos wasn't taken at Kirkcarrion?

Chrissie - Kirkcarrion never saw sunshine like that in the last 3000 years...!

Merry Christmas Mike
Birch Fell - I think we fumbled our way to the top a couple of years ago. The summit seemed to be in a forest. Better view from Gummer's How, but of course you know that.
Enjoy Shutlingsloe when you come down in March. It's a fine little hill.
Martin

Martin - Birch Fell is certainly in the jungle (I believe we could hear drums and, peering out through the trees, I'm certain there was a herd of wildebeest being chased by a lion).
At least I got my hair combed...
Only 9 Birketts to go!
Happy Christmas from all at Pietowers