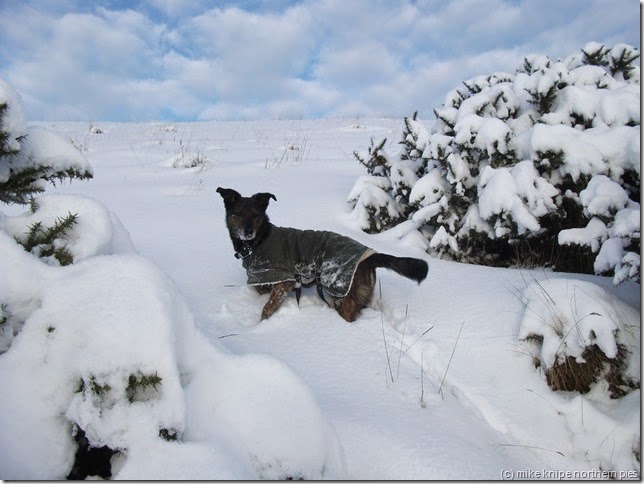 I’m a bit distracted at the moment, partly due to an invasion of grandchildren into Knipetowers( how did they get past the specially recruited manic killer guards?) and substantially by a worry about superdawg. 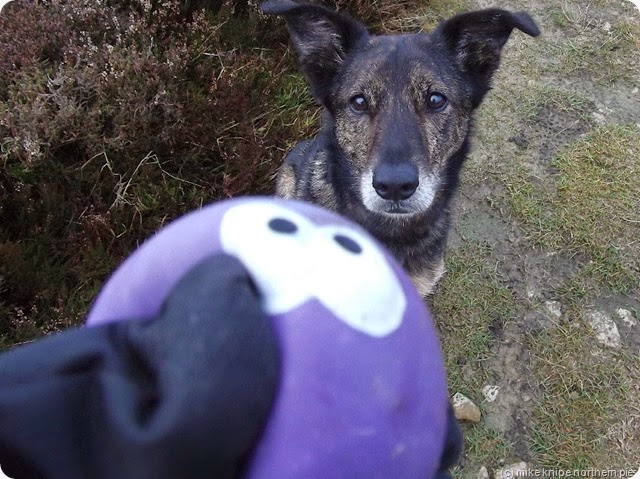 The other morning, I noticed him give a yelp whilst scrattin an ear and, when I petted him, he yelped again. Orf to the jolly old vet’s we went…The issue is that the vet (nice lass…) discovered that all or most of Bruno’s lymph glands are swollen and so, did a blood test and a biopsy and I’m waiting nervously for the results. 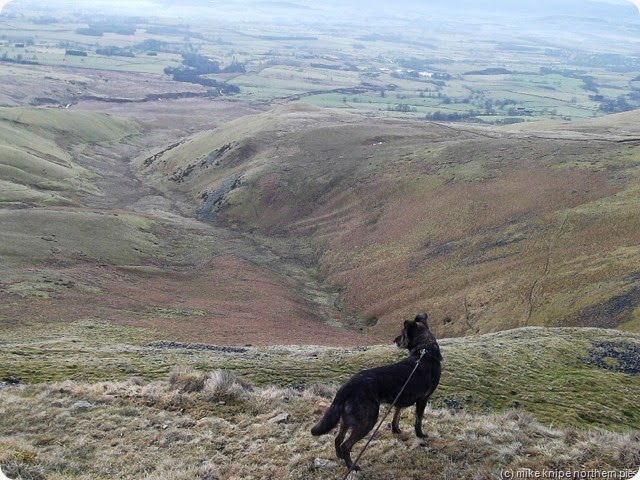 He’s OK, though – he’s alert and playful and occasionally noisy and without any symptoms expect for a slight cough. 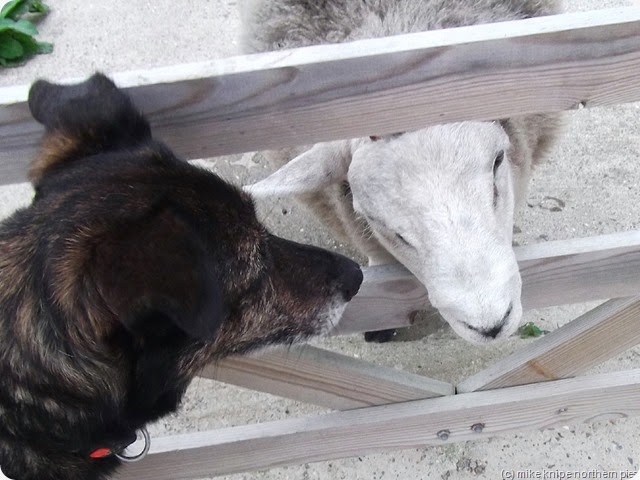 I love this dog. But I might have some dangerous and difficult decisions to make quite shortly. I’ve sort of lost concentration on other things just now. There could be a bit of an intermission here….

I'll be keeping my fingers very tightly crossed for Bruno!

I'm sorry to hear that, Mike.
:-(
I hope things turn out okay for Bruno. He's a cracking fellow.

Sorry to hear this news Mike and I really hope Bruno is OK.

Fingers crossed for the wee dawg :-(

Now I'm scared after your telling old Bruno is not well. I hope he's all right. Tell him I said so. Love the pic with him & the lamb in Wales.

Its a tough time Mike. Think of you both and hoping for a good outcome.

A very worrying time Mike,many, many folk are concerned over Bruno's health and hoping all will turn out well.

I see so much of our last dog in Bruno - especially the drooling !
Hope it's nothing more than a large vet's bill for medication.

Paws crossed for the little fella. I hope he's back blogging soon. (I never read the words, I just look at the pics of superdawg).

We're all thinking of you here, Mike.

Let's hope he is throwing a sickle and just wants even more attention.

Sorry to hear this. Hope all is well.

I've got me fingers crossed for you to Mike.

Positive vibes for the superdawg. He is a star!

Sorry to hear Bruno is unwell, I love reading about his (and your) adventures, sending get well wishes, hope your both out and about soon x

Everything crossed for you here Bruno!

Sorry to hear about Bruno Mike. He's a grand we fella, fingers crossed.