Return to the Pearly Gates 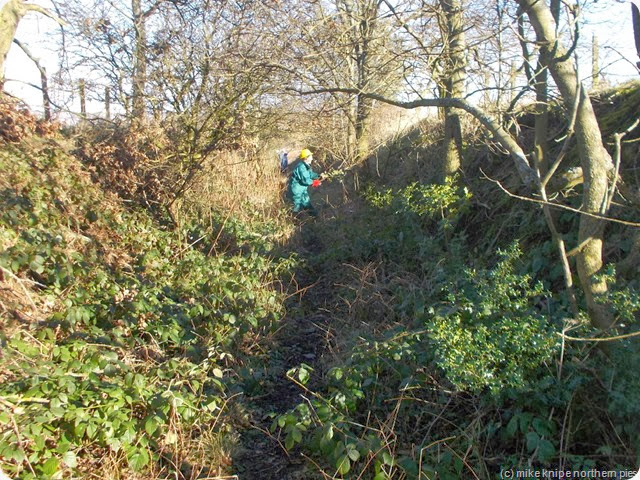 Only the reincarnated usually get the opportunity to return to the Pearly gates – and so it wasn’t with me.

The Pearly Gates, of course is the local name of the level crossing with white-painted gates that, many years ago stood on a colliery railway line near the village of Brandon, just outside Durham. Really attentive readers may remember that some months ago, I had a day hacking through undergrowth along with various Durham Countryside and Brandon village volunteers in order to have part of this old line opened as a brand-new public right of way.

Yesterday, the hacking job was completed and all that remains now is for a mower to chug it’s way along the path to tidy up the surface a bit from the brambles. 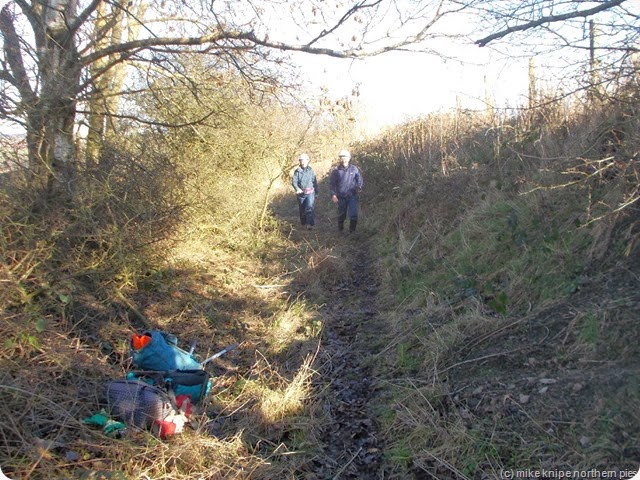 Now certain people, naming themselves as “Skid Marks” (Ren) and “Red Bull” (Stimpy) have been writing on a walkingforum (hint) that Countryside volunteers are, and I quote, “parasites”. Presumably, as I’m a countryside volunteer and eligible for a free walk every now and then, this label also applies to me.

The reason for this  walkingforum rant seems to be that they/he have/has a bit of a gripe about the fact that two years ago, the Council put up the charge for walkers attending guided walks to £4 from £3 and that the walks are now the sole dominion of middle-class walkers who can afford the extra quid. The volunteers, of course, get to go on the walks for free, hence the accusation. 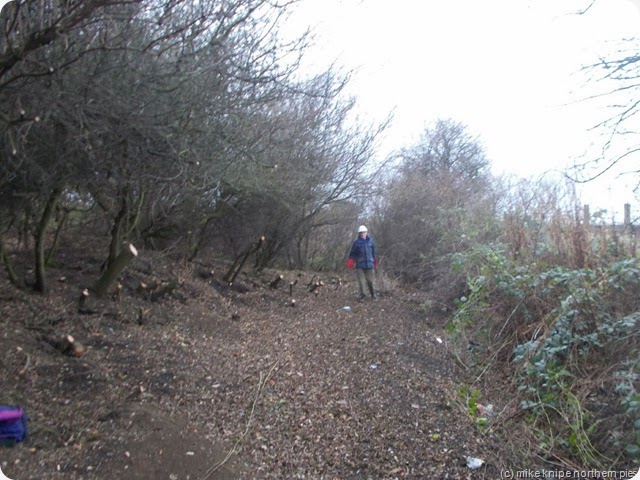 They (He?) is/are right bitter about the whole thing. Good. He is, of course, welcome to come on the walks. And they are ,, in fact, open to everybody. Even pillocks who need to get themselves a bit of a life instead of sitting at home simmering about an extra quid. Its a good job the Council didn’t get their way and put the price up to six quid, which is what they wanted to do until certain “parasites” objected in strong terms otherwise Skid Marks’ eyeballs would have probably exploded in anger by now.

Pics are “before” (ish) and “after” (ish). I am now really good at lopping branches by the way. And the good news is that I might soon have an opportunity to slash my way through similar vegetated paths at Wolsingham.

Neither Ren nor Stimpy will be allowed to make any comments on this blog about this subject unless and until they reveal their/his true identity and not hide behind their/his armoured keyboards.

Unfortunately Mike the walking forum seems to attract more of these characters these days. It's obvious from the number of people that attend your walks that they are popular, and that's what really matters. I would consider it money well spent, and only wish there was something similar down here in Suffolk.

Fantastic job done there Mike. Such courageous folk who do not have the bottle to show their faces and hide behind masks of anonymity, rather spineless really.

Was slightly miffed to find the comment I left last night not posted, only to remember my mobile had died half way through proving I'm not a robot...having helped TTS to consume a bottle of wine, I can't remember what the comment was. Impressed I remembered making one, akshully!
Any road oop, volunteering is a thankless task, whatever you give up your time for. Parents often thought the subs they paid for their little treasures to attend Brownies paid our wages! Parents of some of my D of E participants are rude and ignorant. The lazy and ignorant always want something for nothing.
More wihne, anyone?

I’m clapping Mike. I know you can’t tell but believe me i am. Well said Sir.
Without volunteers many walking paths would have been closed and disappeared.

Gosh, I've built miles of trails, and maintained many miles more, and anyone who would consider doing that as a volunteer to be an insignificant contribution is...just...
well, as a fellow once told me, "you can't win an argument with an ignorant man."

Not satisfied with throwing the term "parasite" around, they then called you middle class. There are limits! I say take 'em to Kinder Plateau and stand them up to the bottom lip in bog. Head down.

Thanks everybody all right-thinking ramblers, I can tell... However I expected Ren and/or Stimpy, probably with yet another user name, to re-appear on the forum and have another go (seeing as they're prevented from commenting here). My trolling has failed so far. However an obsessive never gives up (Not me, them.. dhuhh..)

Mike as you know I posted my own comments on his offensive comments-calling decent people parasites etc is outrageous.What stuck me is how long he/they had been on the forum and how few posts had been made.Does not suggest someone who wishes to actively and constructively take part in the hobby.Keep up the good work