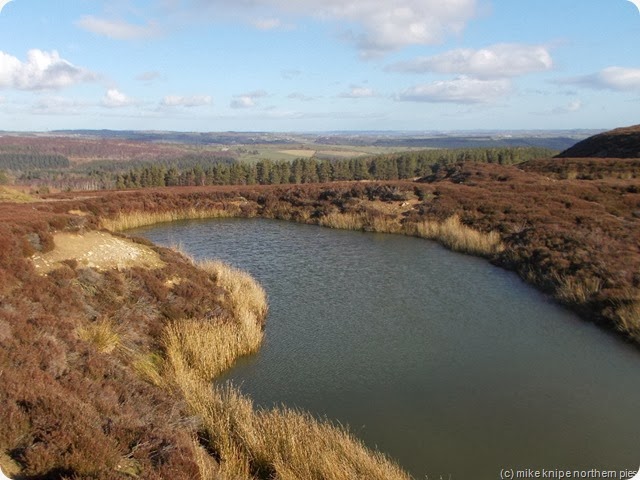 Another Durham County Council Guided walk. me and the Dawg did the reccy for this a few days ago – although, following a return to the car for a forgotten map 9dhuhh), we did it in the other direction. i’d also done a reccy of this walk last autumn where I found that the crossing of Harthope Beck – in slight spate at the time – was a fairly damp experience. 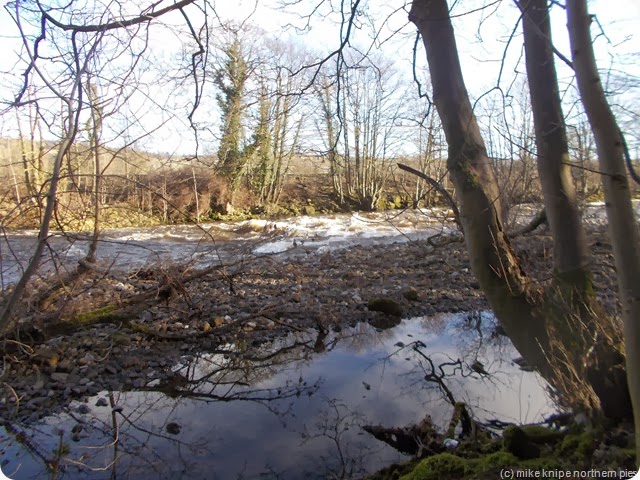 And so, me and Bruno set off alongside the River Wear to Black Bank. There was potential for the riverside path to be impassable, but it wasn’t, even though the river itself was in a grumpy and excitable mood and was well above it’s normal levels – probably due to snow melt high up the Dale, I would have thought. 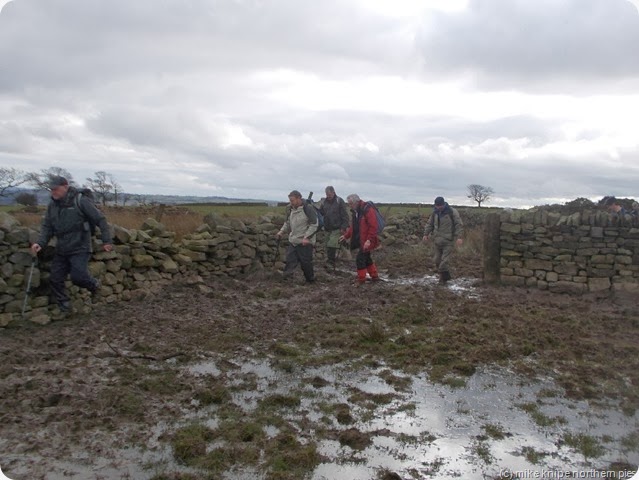 The, there was mud. I estimated twelve different kinds of mud. There was a muddy climax by a gate which sent me off on the wrong footpath. Never mind. We reccied a footbridge at Harthope Mill at  Low Burnlea. As it happened, this was much better than the original route which had the teetering crossing of a raging beck higher up the little dale. More mud followed – now up to 14 different kinds. 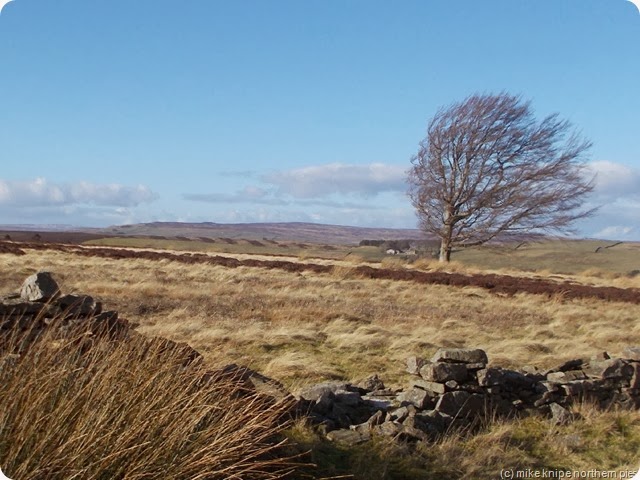 I crossed onto the moor, lunching in  a warm suntrap at the top of Stanhope Lane, and crossed the heather to Doctor’s gate – noting a 40 (ish) strong band of Golden Plover sitting in the heather and not moving despite the close proximity of Canis Lupus Familiaris Bruno Curiossitus.

On the day, 25 walkers turned up including stewards Doug (a fellow member of the Harold Shipman lookalike club), Compulsory Dave and Neville; so, a good turn-out. 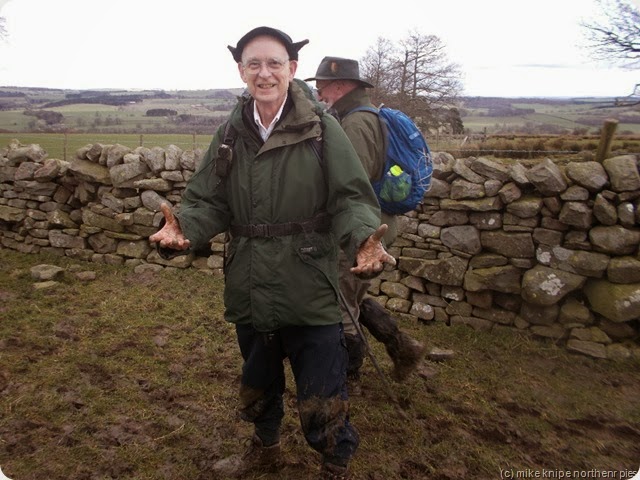 We were attended by reasonably good weather and did the walk in the proper direction. 16 different kinds of mud were noted, including Grade 6 Alluvia – the life-threatening one. Compulsory Dave was the only one to get up really close and personal with the stuff.

I also noted skylarks singing on the moorland bit. Yes folks – spring is just around the corner. The green and orange bottomed sheep will soon be producing cute, cuddly and delicious lambs and the hawthorn and ash is in bud.

Its eleven miles and here’s a map. The diversion is now officiaally part of the route, cos it’s betterer, see…. 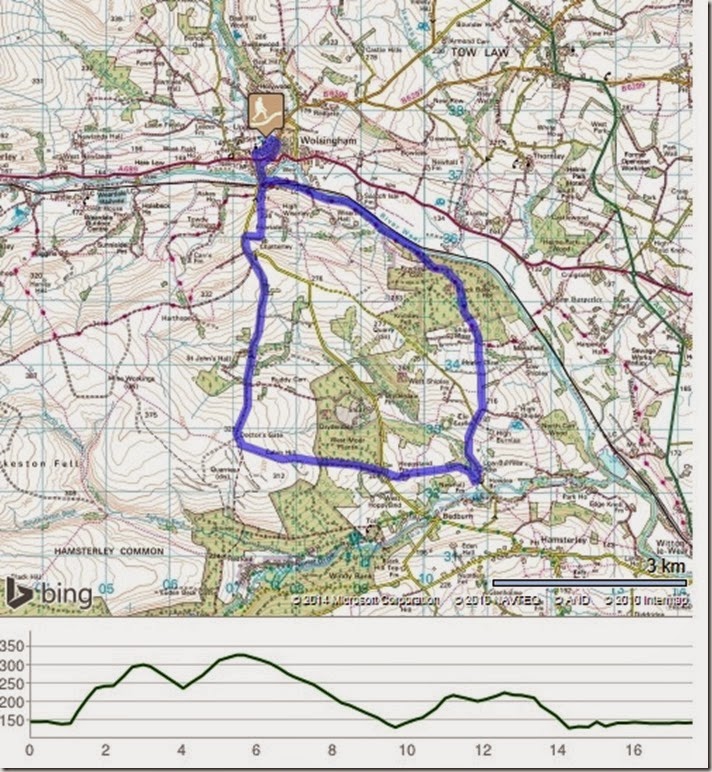 Finally – huuuge thanks to the anonymous donator who bunged some of their precious funds into the Virgin Money Giving page/fund. It fair warms yer heart, so it does. I wonder who you are..  Not that it matters, all spondoolies are given a warm and fluffy welcome and I expect that your actions have been duly recorded on the Positive Karma register. Thanks.

Quite a mudlark you had there Mike. Looks like nice weather though.