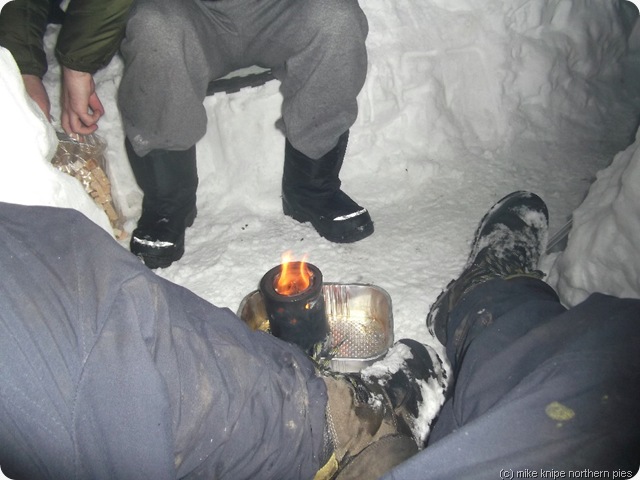 I’m not entirely sure how this happened, except to say that it seemed like a good idea at the time.

There is quite a lot of snow up at the top end of Weardale. Some drifts have appeared on that inbterweb thingy which seem to be over 30 feet high. The ones we chose were quite a bit smaller than this and also, comfortingly close to a proper house with a kettle and everything. 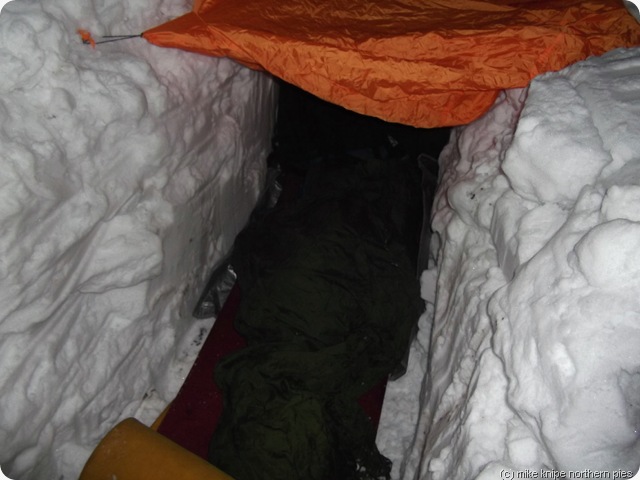 I arrived about 8-ish and Matt had already dug some holes – a little cave for himself and a grave-like trench for me, over which I arranged a six-man group shelter and tucked inside a closed-cell foam mat, a reflective groundsheet, a thermarest, an ancient Blacks sleeping bag with a thermal liner and an ex-army arctic cover. 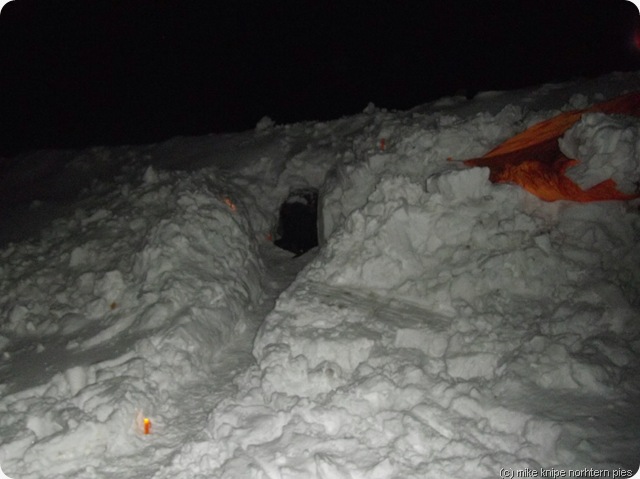 As well as all this, I had the additional protection of a small but adequate supply of loopy juice  aka Special Offer Help for Heroes Bell’s whisky.

I had a cosy night and don’t remember too much about it, apart from  trying to claw my way back up the hill a few times, and being gently sprayed with a dusting of fresh powder snow. 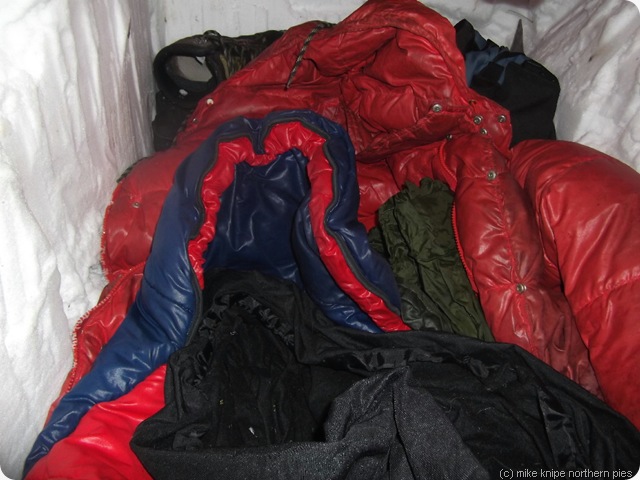 Apparently, though, somebody was snoring like a peeeeg during the night whilst I heard nothing at all, Matt decided to bail out and spend the night next to the kettle. It wasn’t even all that cold.

Its remarkable, though, that during the night, the local lapwings, curlews and oyster catchers, as well as a pair of wandering ducks, called throughout the night. Do they never sleep? 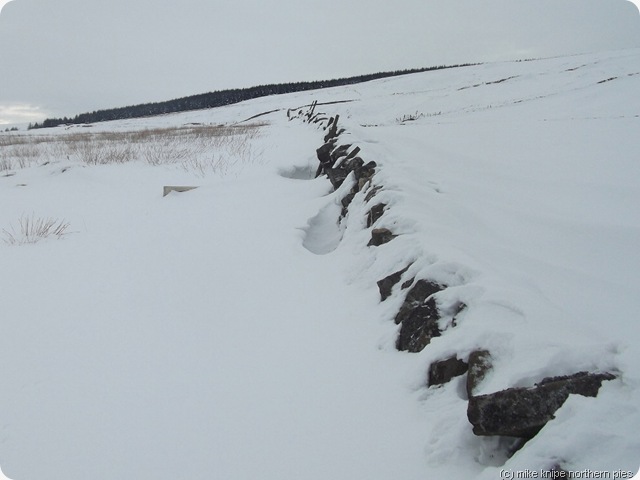 Anyway, quite good fun….   The drift and it’s snow-works have been retained for the entertainment of the knipe grandchildren who are visiting this holiday and might well enjoy the outrageously deep , and now fairly hard, snow of Upper Weardale. 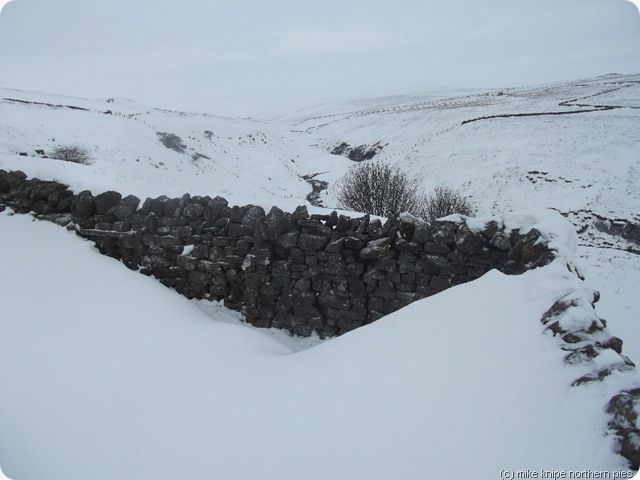 That looks the closest you can get to sleeping in a grave... Heeby Jeebies time.

Yikes - I hope you haven't got anything like that planned for next week!

I now understand the term “Madness”. Whisky is a life saver. registered hikers should be able to get it free on the NHS.

Oh my, what fun. Mike I am envious

Oystercatchers ? In Weardale where the massed herds of oysters sweep majestically o'er the moor.

I think I might have been tempted to sleep with the kettle, too.