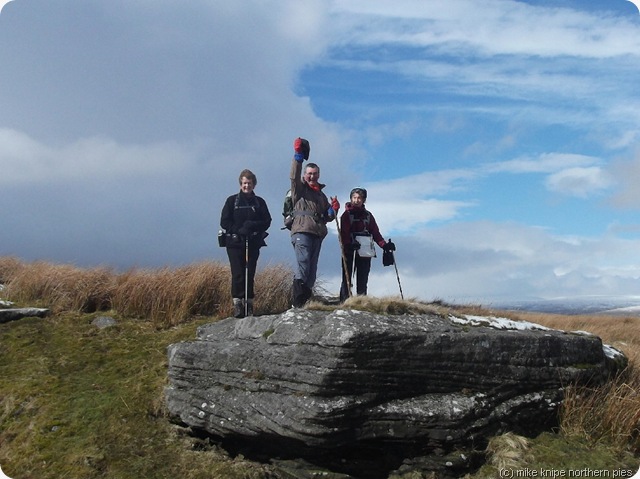 …is the title of a Durham County Council, guided walk wot I lead last Sunday (I’m playing catch-up here…) and which me and Bruno reccied the week before , on the day before I left for South Wales, in fact – leading to a full eight days in a row on which I managed some kind of walk, which is quite useful for the fitness I would have thought. 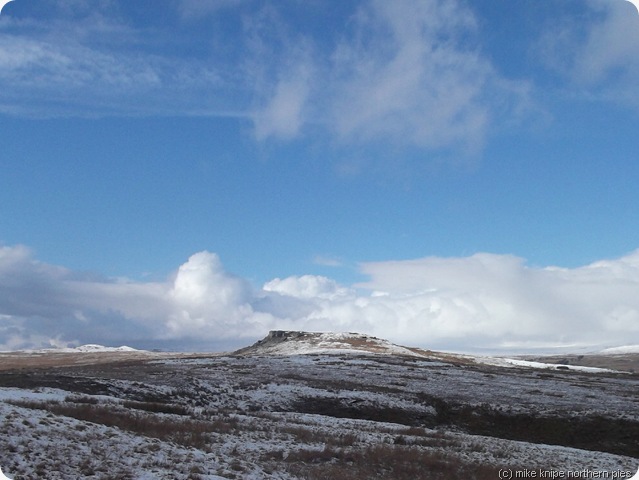 However, due, I strongly suspect, to a rather duff , and ultimately quite inaccurate weather forecast, detailing icy and dangerous roads, only one punter turned up, and, as she was also a Durham Countryside volunteer, she didn’t have to pay. Jane and Richard (no Daves this time) were the stewards.  As it turned out, the icy roads were roads with a bit of wet slush and some puddles. Or maybe we should have set off at half ten instead of ten… and they were digging up Crook…. 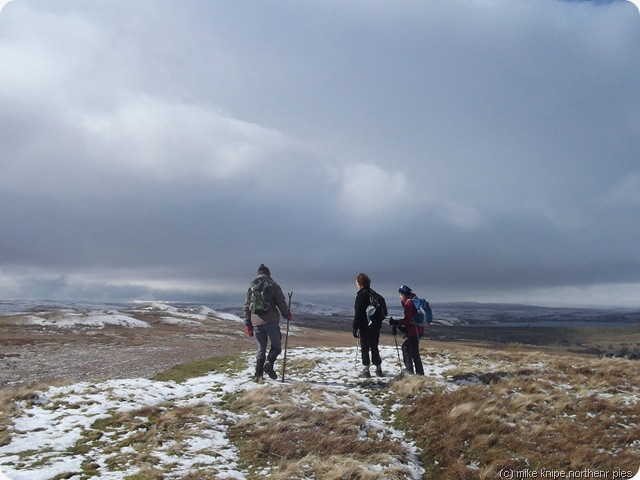 Anyway, Bentley Beetham, of course, was a teacher at Barnard Castle school who used Goldsborough crag as a rock-climbing ground for pupils from the school, put up several easy rock climbs suitable for sprogs in the Lake District (I believe that Cam Crag Buttress  is one of his….) and was a renowned Alpine  mountaineer. Hannah Hauxwell , on the other hand, had the farm at Birk Hat and her traditional farming methods  preserved several specially beautiful Northern haymeadows – now forming a Durham Wildlife Trust nature reserve. 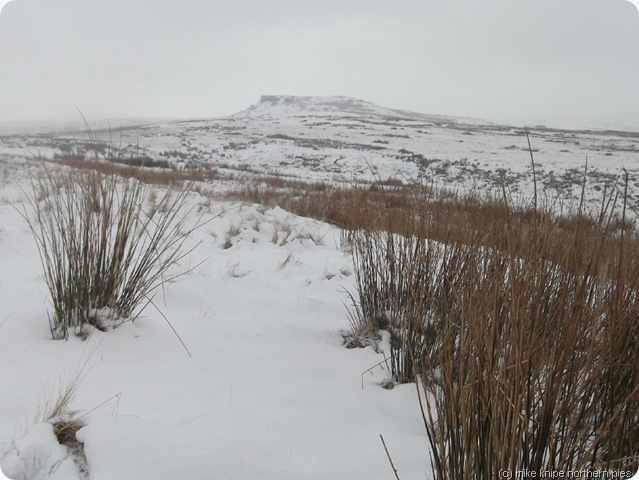 And so, on a cold and sunny morning, with a spattering of fresh snow, the four of us launched off over the moor to West Loups’s, then back to Goldsborough where we enjoyed the windy crags, through the haymeadows with the in-lamb sheep (including two dead ones) – lunch in the bird hide, where we saw no birds and a muddy plodge through the clarts by the shoreline paths alongside the reservoirs. There’s a map at the end of this post. 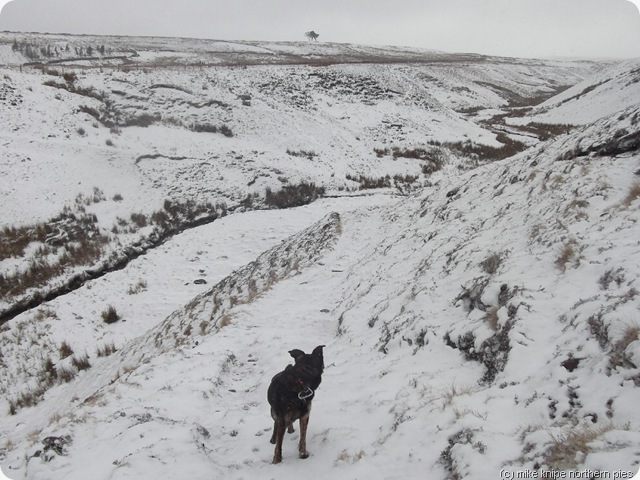 The week before, it had howled and blizzarded and froze. Just the kind of weather Bruno enjoys. me and the Dawg also used the shelter of the bird hide for lunch and finished-off the walk in not much over three hours, in view of the specially perishing conditions. We saw nor met nobody.

But its a good walk, I think. Prolly do it again. We might do it the summer after next when the haymeadows are in flower. I think that might be quite good.

Its 8 miles by the way. This is stretching it a bit…. 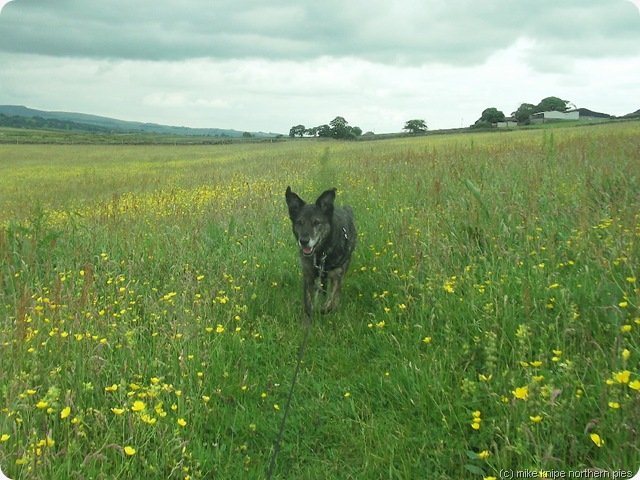 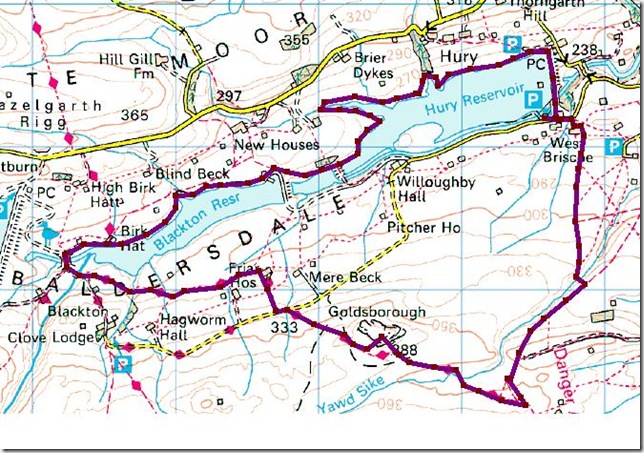 Bruno is definitely smiling in that last meadow photograph :-)

Did you meet the A**ehole from High Birk Hatt Farm? In 2007 he had a very large brown ferocious dog that attacked me. Me! I love pooches!

He seemed to take great delight in the whole thing.

The police weren't too impressed.
:-)