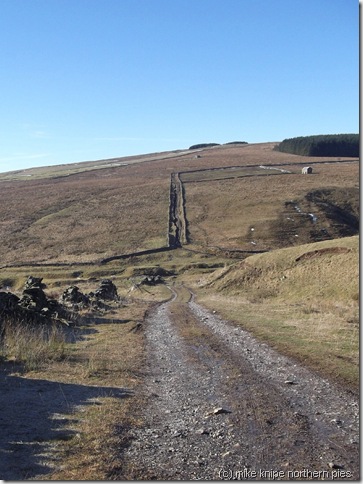 ‘Orrible, mizzly weather met the walkers at Westgate this morning, and, not only that, but there was a very lazy drift off Dogger bank seeping into the bones – just the sort of day for spending in front of a fire with a library book, or snoozing, perhaps to the background of a programme about somebody doing up a house and then selling it. Luckily, me and the dawg did the reccy last week in clear weather with a hint of sunshine. 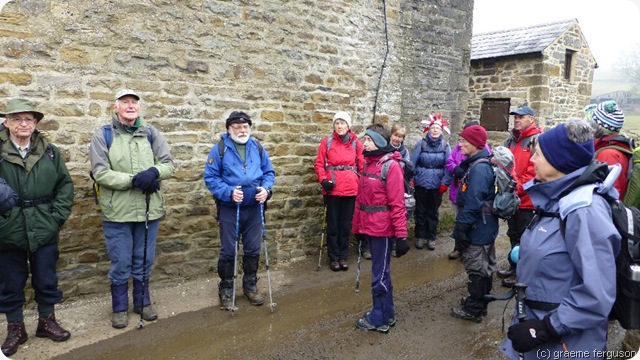 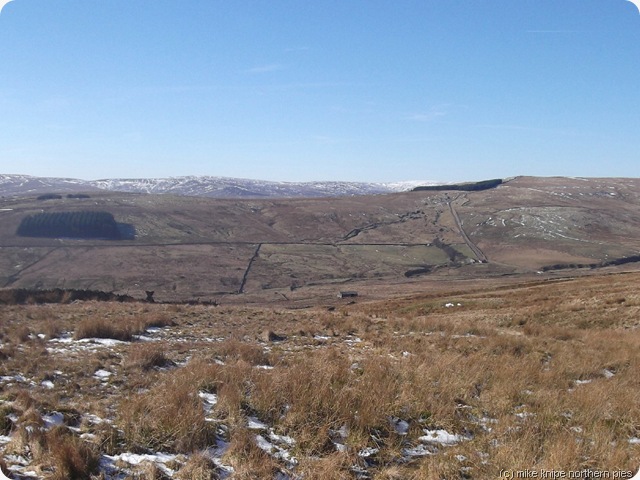 I’m not entirely sure how many people turned up for the walk – certainly there were the compulsory Dave’s as stewards, plus Neville, and, possibly thirty two or thirty three others – they kept telling me different numbers. However, there were, amongst the brethren two recruits from social networking – one Jim aka Geordie from walkingforum and Llona aka  meanqueen who has a spectacularly popular blog substantially concerned with living reasonably whilst not spending too much money. She’s blogged about the walk here Life After Money - Llona's Blog  Llona’s having a couple of days living it up in the fleshpots of Stanhope. 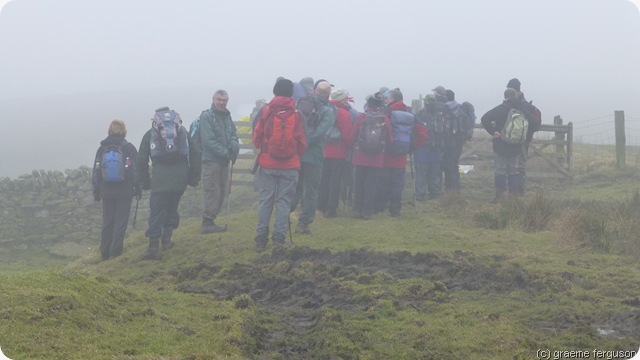 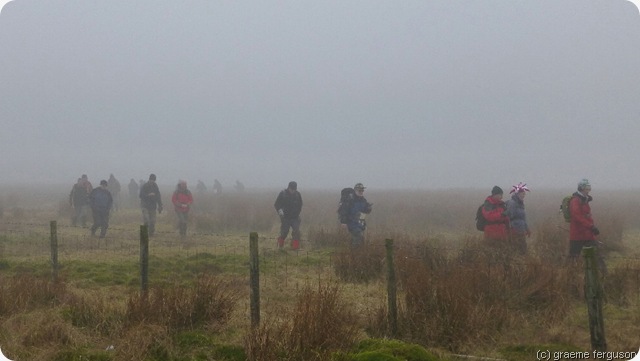 And I forgot to take a camera with some memory today, so I’m indebted, once again to Graeme who kindly sent me some which I’ve used here. Luckily, I did take some pics last week, so anybody who is wondering what the surrounding scenery looks like without the clag, they can see them here on the pieblog. 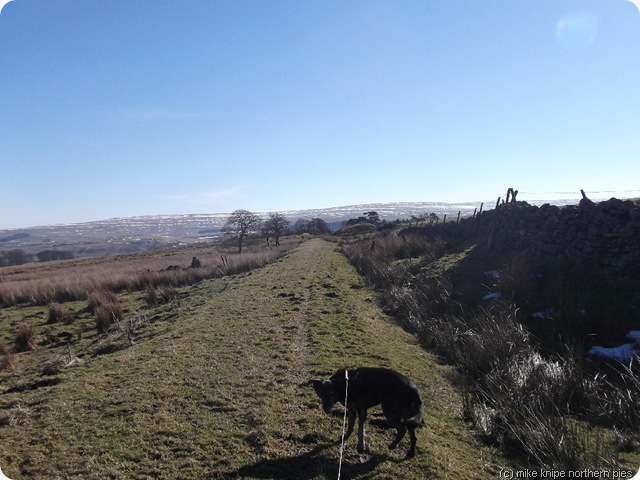 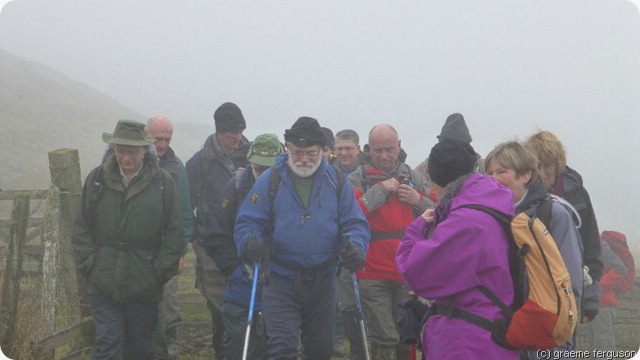 I changed the route a bit too. This was for two reasons – firstly, there was the clag. The bit I avoided was a climb over rough pastures where I considered that anybody who became dislocated from the group – an easy thing to do with a big group – would be difficult to find – and that there seemed to be a large flock of in-lamb sheep gathered around feeders near the entrance to the pastures and at this stage of lambing, it might not be such a good idea to invade their space with nearly forty ramblers. So we plodded up the lane and the road instead, not looking at the superb view which we couldn’t see anyway. 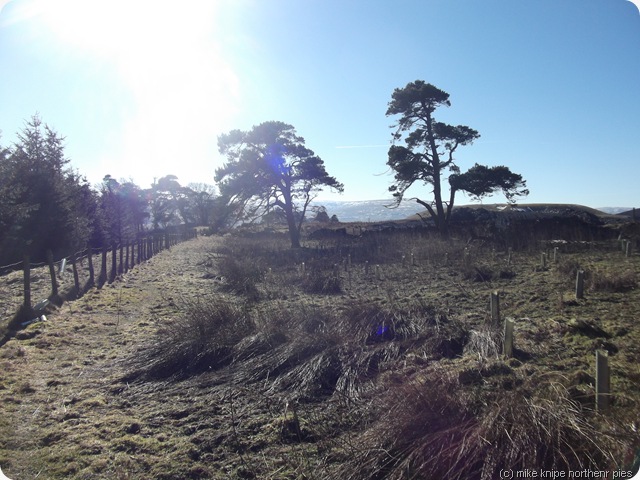 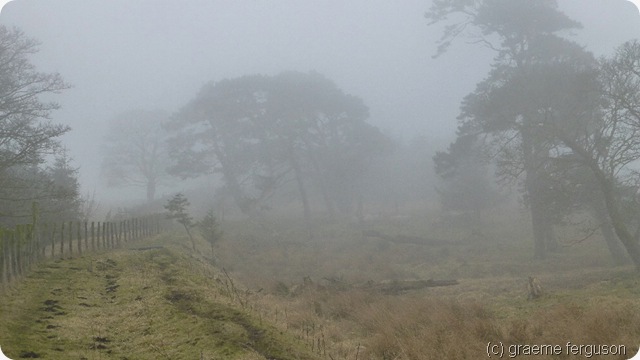 After splodging over the misty Lintzgarth common, where we were lucky not to lose anybody, we lunched in the relatively tropical shelter of Rookhope before finishing off the walk with a stroll along the Weardale Way (although the Weardale Way seems to keep changing it’s rtoute for some reason)

The we all went home!

Nice to see Jim and Llona on the walk – and the other thirty or so too! 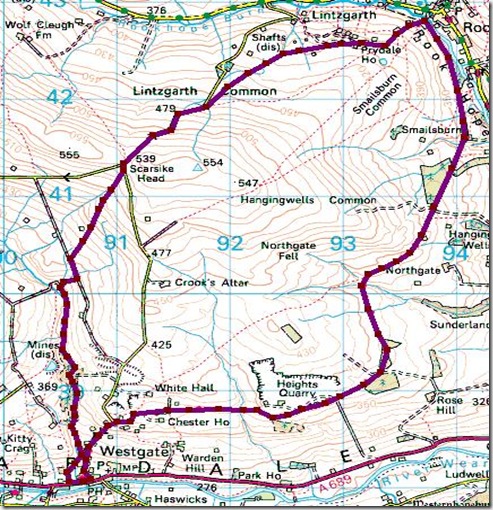 You have a very determined look on your face Mike!

A walk I don't remember doing......looks better without the clag though.