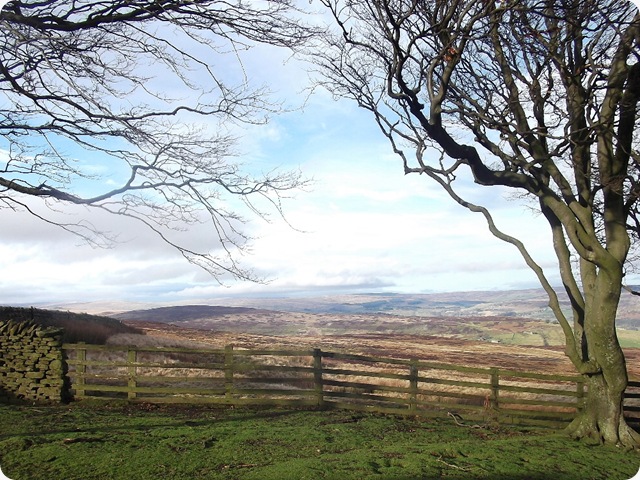 One of the things that the County Durham guided walks programme needs is a selection of new walks (…in my ‘umble…) and it’s that time of year when suggestions are being made for the summer walks programme. It would be really easy just to repeat the walks from last summer, get the handouts copied and wander around the route about a week beforehand and, so far, my list of ideas for next summer surely does contain some of the things that have been popular in the past. It also doesn’t contain some areas which seem to appear regularly, not only in my walks, but in those of other walk leaders.

Bottom line is, I’ve been trying to come up with a bunch of new ideas.

And I had this one today. So me and the dawg went for a look. 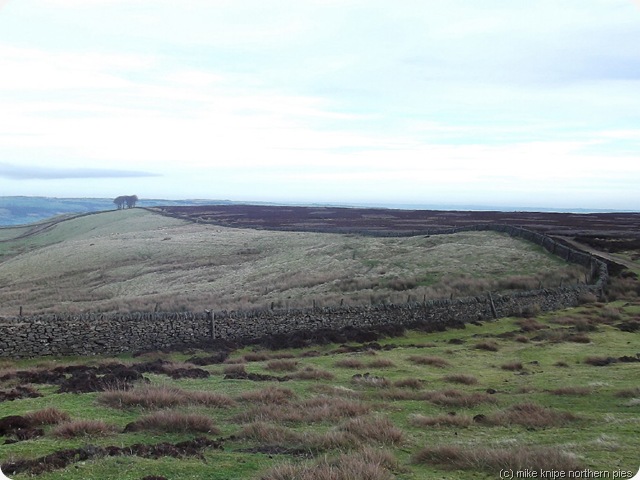 Basically, it’s a heathery plod around the moors above Bollihope in Weardale. It should be grand and purple in August. When the sun came through today, the fells all around looked really attractive, and the views up here are biiig…. and when the larks and pipits and curlews are calling….

I was a bit worried about one of the paths being a bit rough, though – in fact, last time I was up there – about two years ago, I couldn’t find the path at all. But now, there’s a line of cairns and a good trod to follow, although, it’s a bit off the line of the right of way by about 150 metres or so.  But it’ll do. 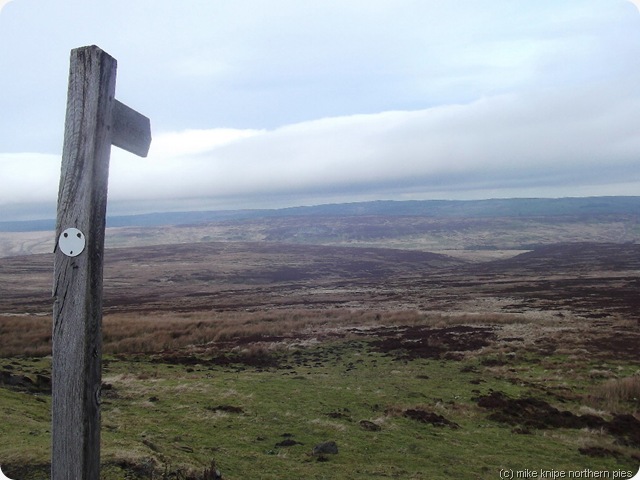 Quite a nice walk, really, and sometimes, there’s an ice cream van at the end!

This is the fourth walk in four days for Old Superdawg and, he did seem a bit jaded today. I’ll give him a bit of a rest for a couple of days – short walks only.

Here’s a map. Its about nine miles. I might add a bit on if the paths at the far end of the route aren’t too rough – they’ve generally been a bit “virtual” up there in the past, but maybe, with traffic…. 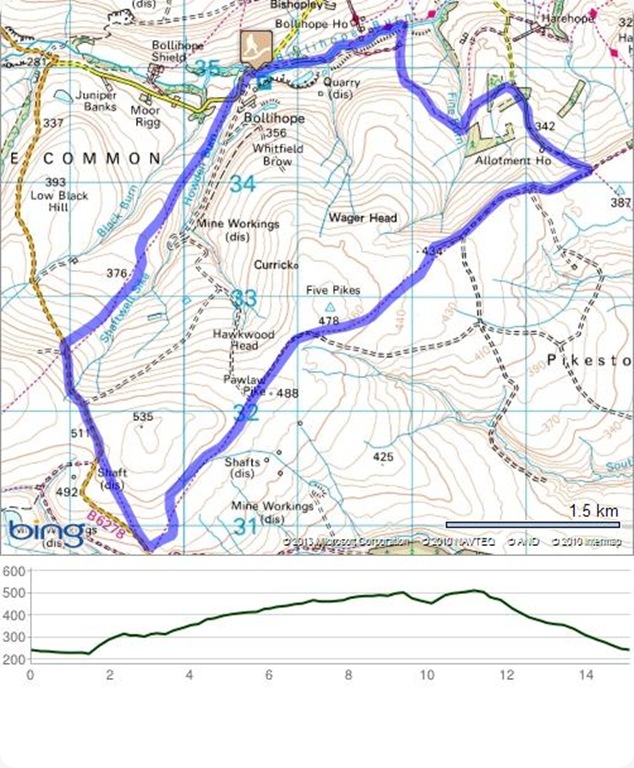 You've put a lot of thought into planning this route for walkers what with the views and the heather. Sounds fantastic

Eeeek! (is that too may e's..?) I do my best! Its awful having to do all these walks when everybody else is at work...
It is nice, Dawn - it's all grouse moor, though and not good for camping, apart from the fold with the trees and the view in the pic. Nice spot, that.