Cheviots with James and Reuben 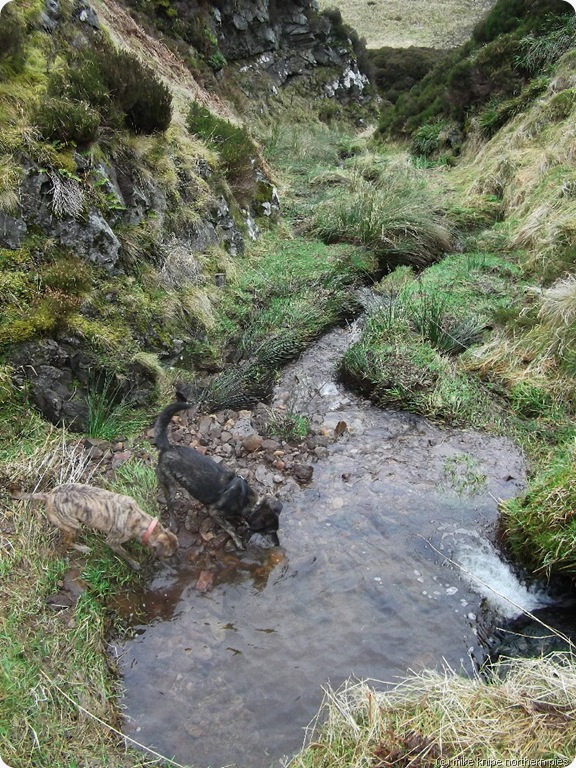 James (http://backpackingbongos.wordpress.com) and his dog Reuben have been having a little tour of bits of the Cheviots and today, me and Bruno went up to Barrowburn to join them (I have very fond memories of the soup, tea and bacon butties provided by the nice peeps at Barrowburn last year) 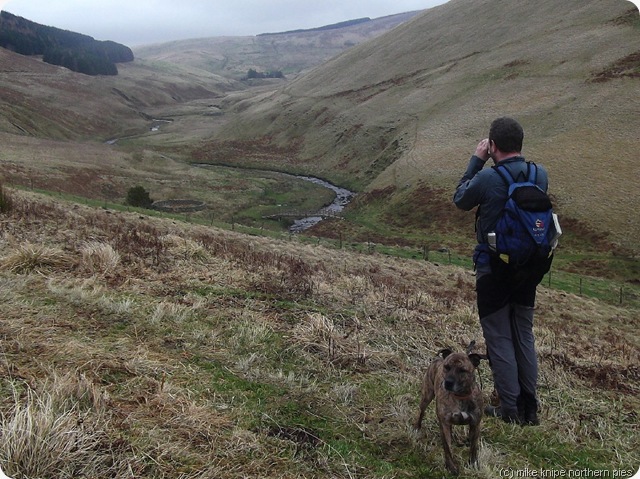 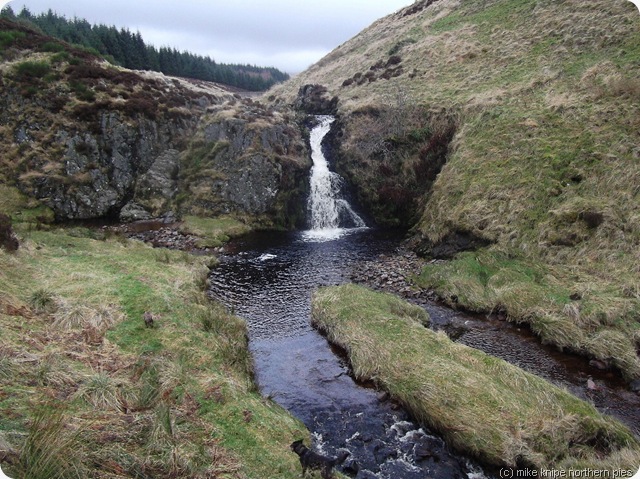 Anyway – forgetting the bacon and soup (hmm…..bacon…dribble…) we turned up roughly on time in tropical double-figures Centigrade and after introductions set off up to Uswayford and then bits of bridleway to Davison’s Linn. Here lie some very nice camping spots and the waterfall , whilst not perhaps the most impressive, has a little hidden waterfall just to the side and a little scramble to get up the arete between the two. The ascent of this provided a brief moment of excitement before lunch. There was always the strong possibility of an accidental plodge submerging a whole boot and, thereby, wetting a sock. We really should have done a Health and Safety assessment beforehand. After all this, we followed Saltersgate and then Clennel Street (both ancient cross-border routes)  to the Border ridge and then, along the Pennine Way into the clag smothering Windy Gyle – perhaps the only Nuttall actually in Scotland. (This might be wrong, I can’t be arsed looking it up) 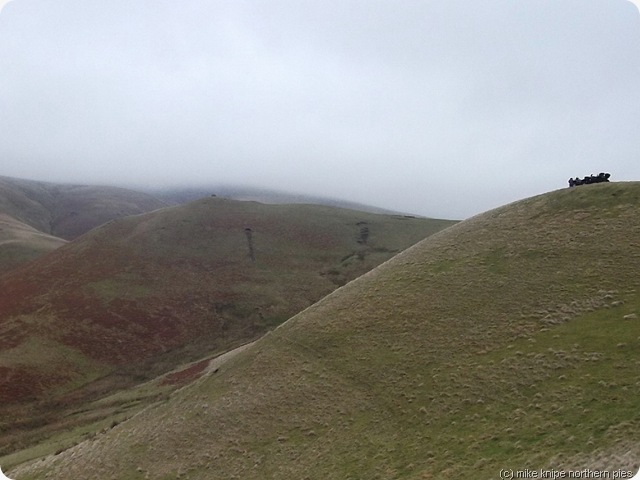 We descended to Trow, encountering huge numbers of people on ATV’s and a few on horseback, apparently involved in the gentle pastime of fox hunting. This now seems to involve lots of very red-faced individuals staring at hills. This seems just a little more exciting than watching lettuce grow. I suppose it gets the horses exercised, although the red-faced camo-wearing hypertensives on ATVs would probably die in short order should they be called upon to cross a couple of uphill contours under their own steam. 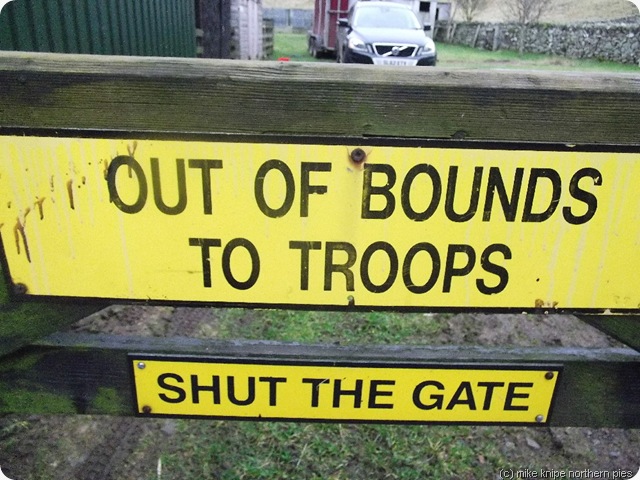 Quite soon we were back where we started. There was a certain amount of TGO Challenge talk – bearing in mind that our routes are very similar for the first couple of days - and the two dogs, being male (or almost male in Bruno’s case) involved themselves in running about and then being a bit aggressive games. We presumed that this behaviour was intended to establish a pack hierarchy. As no actual damage was being done, we let them get on with it.

James has another day in the Cheviots, but, I expect that ultimately, there’ll be a http://backpackingbongos.wordpress.com version of this jaunt. I may post a link, depending on whether or not its got a pic of me looking scared on a short waterfall scramble…  [koff]

I think we did about ten miles. Here’s a map. 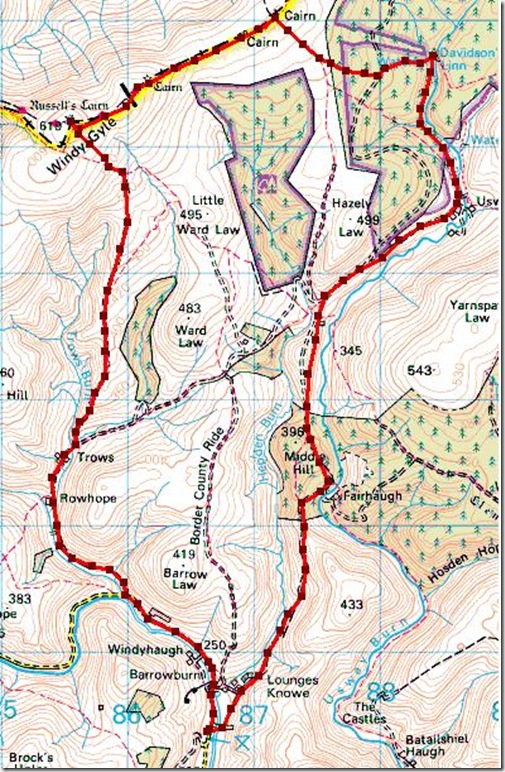 Nice one Mike. That cafe deserves a return visit.

I've done quite a bit of that route myself when we spent a few days wild van camping in the Coquet Valley a couple of years ago. Rather like it up there actually.

Cheers for your company Mike, it was good to meet you and Bruno. Not looked at my photo but I think that there may be one of you looking all brave on that death defying arete.........

I could not be bothered for all those hunters to leave the valley before driving to my spot for the night. They had all vanished when I passed, must have gone home via the military road. Drove that today, cracking quiet road that.

Hi Just had a fantastic weekend at Barrowburn School house, love your photos. The men of the family go to a certain "camp" every year and brave the little waterfall as their ritual..part walk! lovely to see.