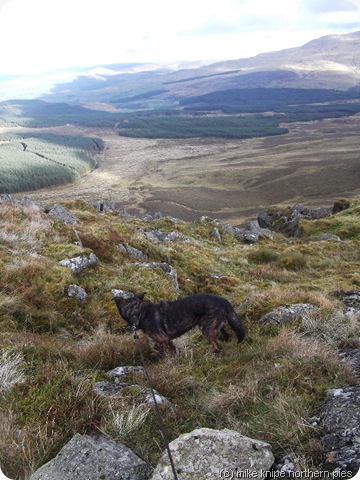 One thing about this particular bit of Wales if you’re a dog is that if you’re not pulling somebody up an enormous hill covered in little white fluffy animals you’re not allowed to chase (even though they obviously want to be chased as they always run away), you can be running about daft ripping up bits of seaweed and chasing sticks, balls, seagulls and other dogs on the huge flat beaches for hours on end. Or otherwise napping in front of a warm radiator whilst Pieman quaffs his way through yet more holiday booze. We also visited various slate quarries, pubs, lakes and glens (or maybe they’re dales…) 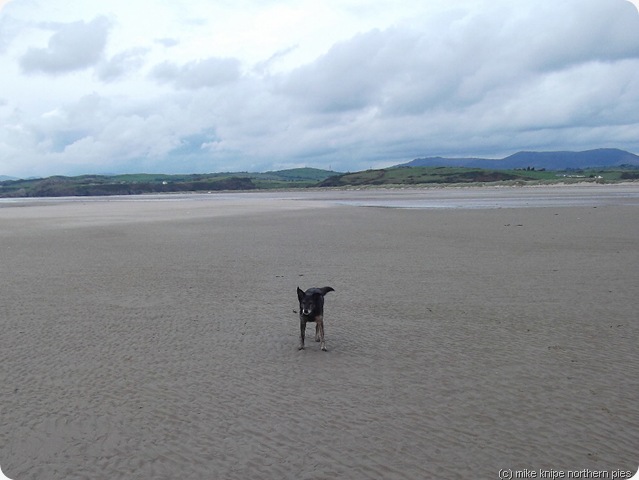 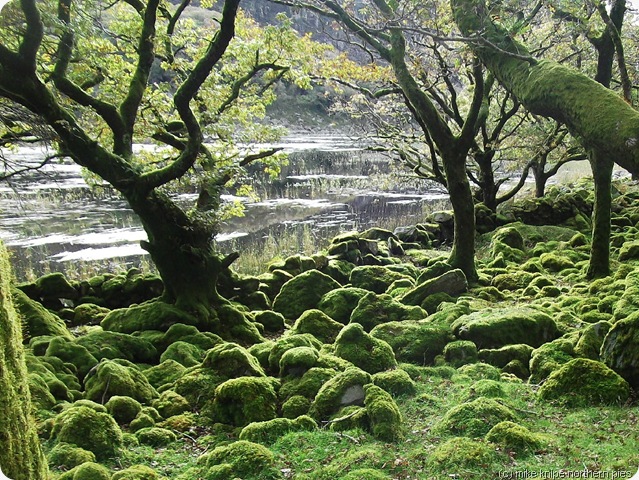 And so, three days after Rhinog Fach, it came the turn of Rhobell Fawr and Y Dduallt to be bagged. We parked on the main road about 800 metres West of Rhydymain, a bit late due to having planned to wait till high winds died down and then heading off towards Bala by mistake and then getting tangled up in some back lanes with signposts to places I couldn’t find on the map – in other words, a right cockup. 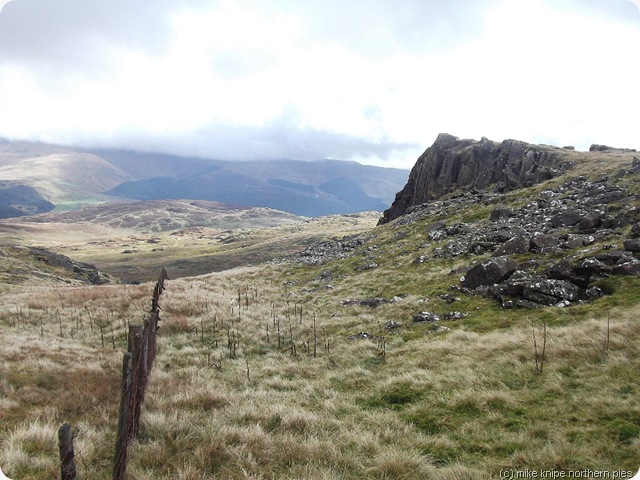 But the route was a quick one to start with on hard surfaces and sheltered from the howling Atlantic storm that was in the process of going on it’s holidays to Denmark, having ruffled Wales for a few days.

Rhobell Fawr summit was reached by a  short and steep climb through outcrops on a vague path. The wind had , more or less died down to a lively breeze by the time we reached the top, so we spent a little time exploring the outcrops and wandering about a bit. We descended by the same route and soon found the way through the forest top Dduallt – given as Y Dduallt on the signpost, so that’s what I’ve called it. Y Dduallt seems almost impossible for an English tongue to pronounce by the way, you just can’t do the “LL” sound after a vowel. I can’t anyway. As John Donohue once said of my attempts at Gaelic place names “ … brave but futile attempts…”. And so it is with Dduallt. 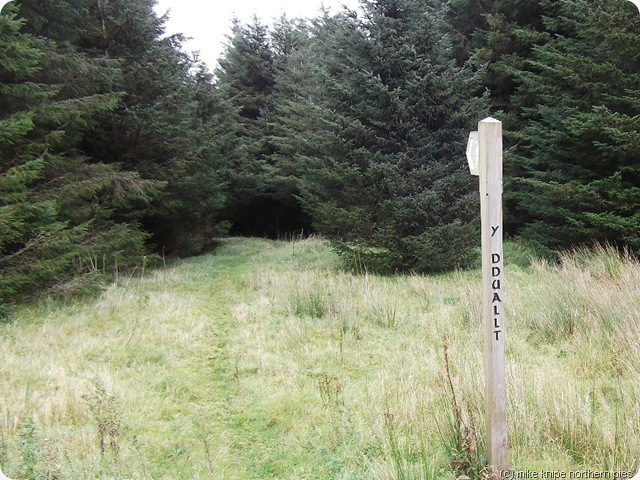 The way through the forest is waymarked and very boggy in parts and exits onto a knobbly bit of moorland. A path though yet more sloshy bogs (just like home, this..) handrails the forest edge and then takes off to another nice knobbly top. 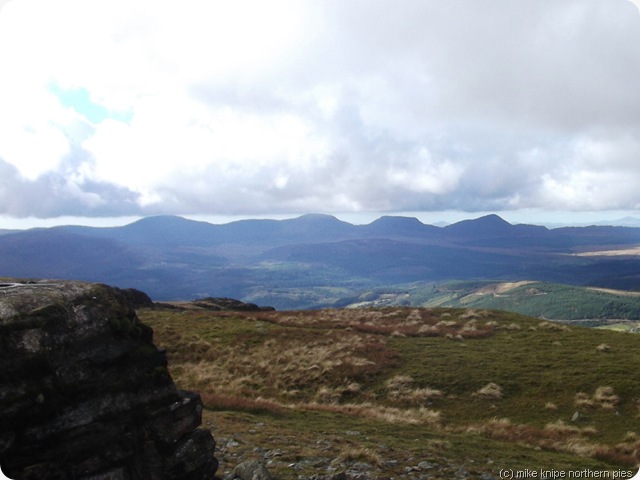 We retraced all the way back to the start as the day was now late and the light was going. I’m going to have to come back to these hills for a proper walk. I don’t think I did it justice, really – Rhobell Fawr’s South ridge looks interesting and there’s more wild country North of Y Dduallt.

The lanes to Rhobell also produced some of the biggest, juciest and blackest blackberries I’ve seen anywhere. I took back a bagful and got crumble mix and a bramley apple at Barmouth Co-op. You can guess the rest. We already had custard.

Fantastic photos Mike. There is a backpacking trip in there!

I like Chris Rea's "on the beach". Not with custard of course.

Dawn - It'd be a cracking area for a walk over a few days - loads of camping spots, and water everywhere!
I was thinking Cliff Richards, Alan. With custard.

I don't like crumble - although I'll eat it if forced - much rather have a pie.