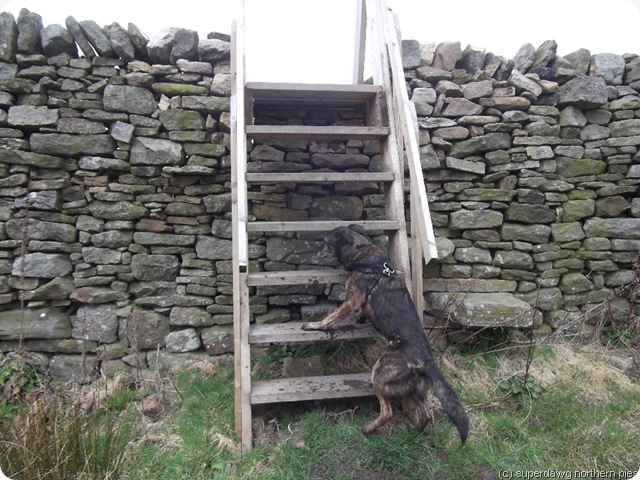 I can always tell when wotsizname is about to nick off for a walk coz he does that thing with the flask of coffee and rummages around in piles of socks, swearing a lot. So I stands by the drawer with the lead and the harness in it and make sure that he remembers to let me into the car before he sets off. This morning this went well and after only a short drive we arrived at that car park where we’d been before where all the dogs do their poose and there’s ducks that run away and laugh and smell delicious.

So I haz a little poo by the dog poo bin and wotzizname does some swearing and scoops it up in a polythene bag and hides it in a red bin where nobody will find it. 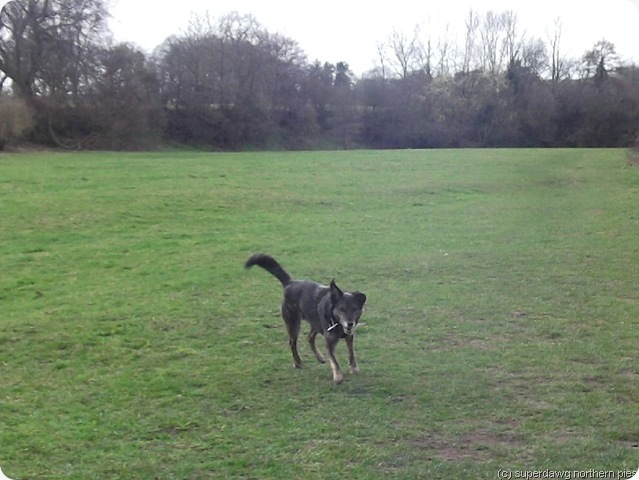 Then he undoes the lead and I jump around and find a stick which he’s not interested in so I breaks it up into tiny little pieces and then there’s another stick. And today I gets to do a lot of running about  and finding sticks.

Then there’s this big ladder stile and I takes a jump at it and fall off. I try again and I fall off again. So i stands at the bottom looking up., Its a very big stile. Thingy pushes me over it and its easy to jump down the other side. 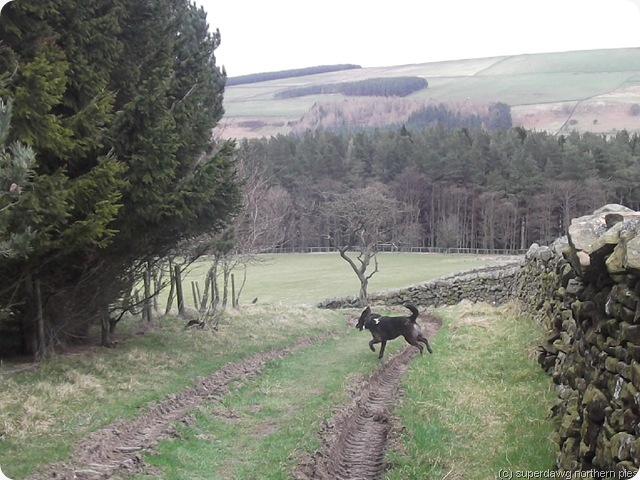 Then there’s some sheep but they’re not frightened and follow us down the field. I haz to have me lead on now.

After a bit he sits on a bench and eats something sweet and crispy that smells of oats and honey and makes me dribble. I get none. He’s a right mean bugger sometimes. I find some crumbs in the grass. 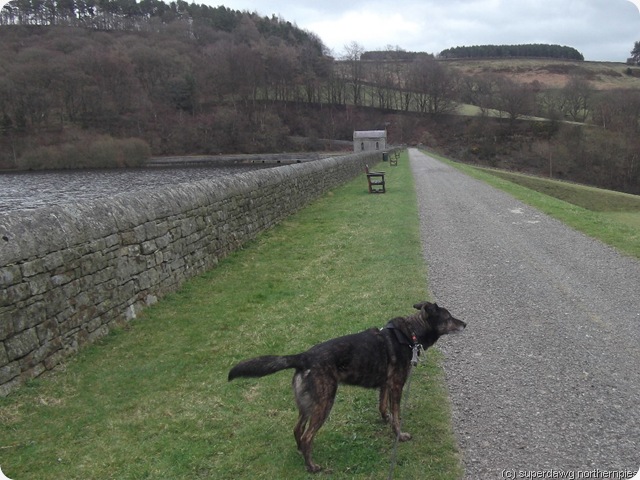 The we’re off again and there’s more sheep so I’m on the lead. 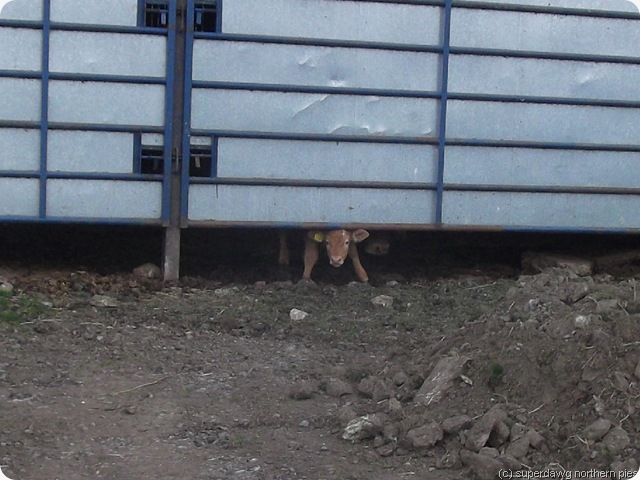 And there’s a small cow (probably tasty) peeping under a door. 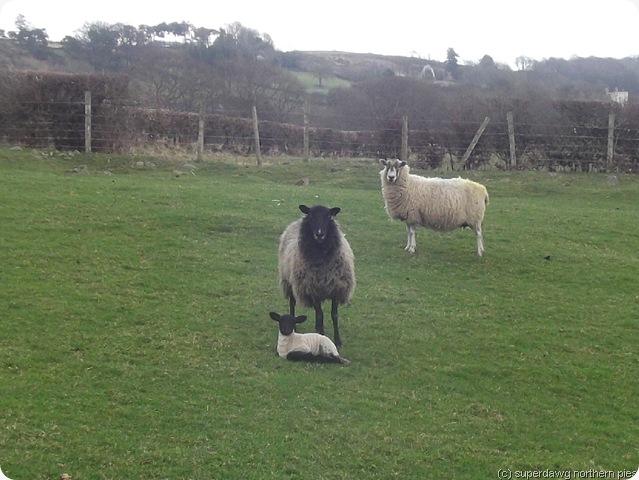 And we go home and I have a nap.

Here’s a map. I think it was about forty miles or something. Anyway, it’s tea time now, so I’m not bothered anyway. I’m not doing this again; he can write his own blog. If I wanted a blog I could get my own…   There’s somebody going past – I’ll just have to go and bark at the window…

He did the pictures by the way as I haznt got a camra. 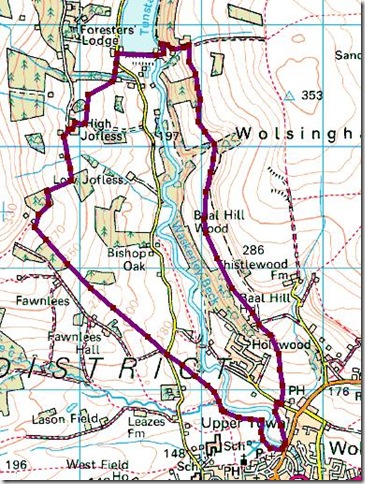 He’s doing this walk next Saturday  with the County Council. I’m not allowed as there’s the dog catcher on the walk, apparently and I hazn’t got a licence. That’s what he says anyway. Its not fair, really.

Glad to see your keeping up with your reading and writing superdawg. Must meet up soon
Rascali Rosie x

Very good of you to do the write up Superdawg. I enjoyed reading about the walk from your point of view, erm, lower down. Rocky and Henry and Alfie and Ollie send their best regards by the way. Now can you get the boss to dump those silly wavey words which don't make sense.

Superdawg you have made my day. Best laugh so far.
Bet he wouldn’t give you a drink of his beer either or probably he sneaks off for one when you were looking at the sheep and oh that innocent look.

Enjoyed that lots! Now we know who the real author is in the partnership!

Always knew you were the real brains of the outfit ;-D

That thingy Superdawg!!! you have the patience of a Saint... Bernhard!!! He has the priviledge of picking up ya turds- take satisfaction in this!!! ;-)

Enjoy and stay away from the dog catchery thingy!!!

Rosie - Look - there's a sheep...! Only joking...
Llona- You're right, wot is he on about and what are all those hand movements for?
Dawn - Of course!
Alan - I did get beer once. It mad me sneeze and want more...
Louise and Jules - what I said to Dawn !
Dixie - No sheep poo, but I did get some big sticks. In fact, I believe one was a fence post. I expect we'll meet for a sniff at some point....

Eeek - I must say that I don't understand the human aversion to poo. I mean it's very interesting stuff. You can even roll about in it. What's not to like?

Yes all sorts of varieties I have heard that some canines even enjoy it as a snack lol It is a priviledge!!!;-)