Pinhaw and Black Lane Ends and a Teddy 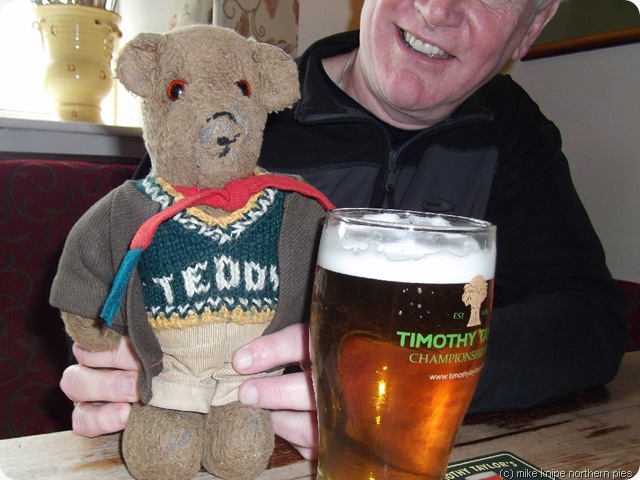 Time for another Earby walk, according to the Bro, so we parked with a view of Ingleborough and threatening thundery-style clouds just below Pinhaw Beacon, which, despite the threat of adders, we bagged briskly. 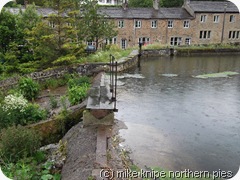 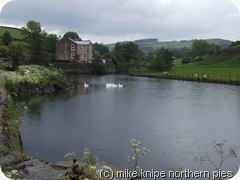 Then we got lost a bit in the rain and ended up roughly on the wrong path to an interesting crossing of a mill dam wall at Lothersdale.

We progressed along back paths through the old quarries and back lanes and more soggy paths to the warm and dry oasis that is Black lane Ends pub. A couple of pints of Copper Dragon put the world to rights and, we had a nice chat with Dan and Brenda and The Teddy from Teddy Tea Tours who were on a mission to investigate old Stoops (see http://teddytourteas.blogspot.com/2011/06/stoops-r-teddy.html for further and better particulars. 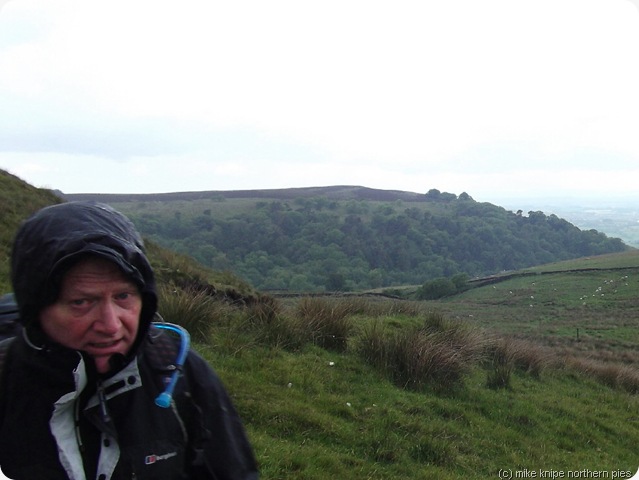 As we came out of the boozah, it started raining again, so we spent no time searching for the Dissenters Well mentioned in Dan’s blog, but hid behind a wall for lunch and then traipsed damply through the heather to the trig point on Kelbrook Moor. I’ve only been here once before – with my pal Neil way back in the mid 1960’s when I were but a sprog and we investigated the nearby group of contours which were much closer together than any other of the local contours. Just to see what it was like, really.  We then got scared by the ducks on the nearby pond – they all rushed towards us, quacking, and then, for some reason, we decided that the world had probably ended whilst we were away from home. 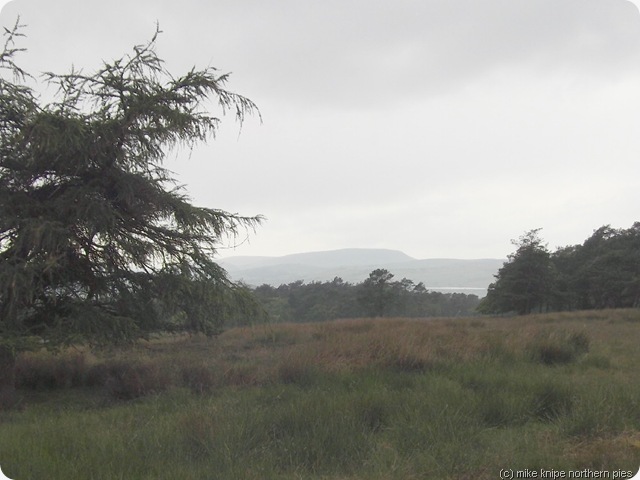 We ended up in the the little wood at what we knew as “Harden Nick” Its still there, and a fine piece of woodland it seems to be from a distance.

No reason for mentioning this, really…. 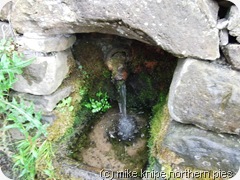 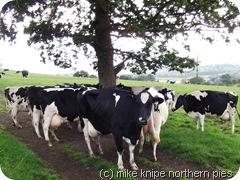 Me and the bro continued over the moor on a thin path that eventually abandoned us to our fate in the deep heather and then along very pleasant paths with occasional showers and occasional cows to Stony Bank where I sampled the water from the little well by the cottages. This is a kind of ritual I had as a kid, every time I passed the place. Its good water. During a drought (?1958??) when water in the town was rationed, I collected a pop bottle full of water form this little well to give to my dad. I carried it carefully all the way down the hill and dropped it just next to the mill dam at Springfield Mill. It smashed all over the road. That kind of thing sticks…. 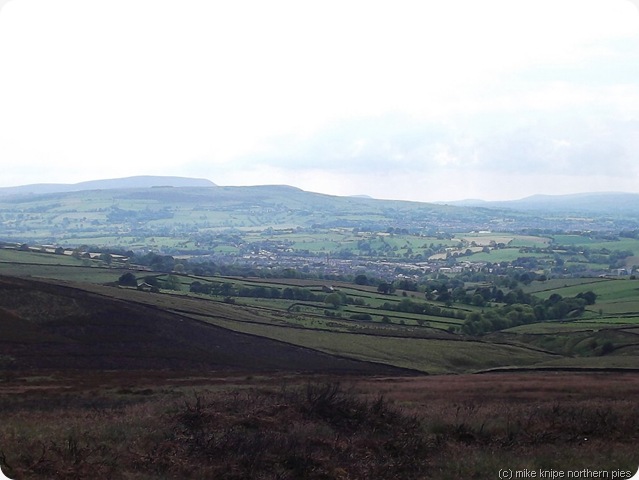 We finished by a ramble to The Watts and up through Parkers farm back to Pinhaw. These place names don’t appear on OS maps, by the way.

Nice  surprise to meet Dan and Brenda and the Teddy. PS – On my way to Earby, I came by Pateley Bridge and stopped at Dibbles Bridge, partly because something had been nagging me about the accident there in 1975. (I was a clerk in the local casualty department at the time, although I was up Scafell Pike at the time, I dealt with some of the aftermath.

I took a picture but I couldn’t really recognise the place from what I remembered from pictures of it at the time.

And this evening , I did an internet search and discovered that there’d been two coach crashes at Dibbles Bridge – the one in 1975 – and  another one on 10th June 1925. 10th June was today.  Bit spooky, that……… 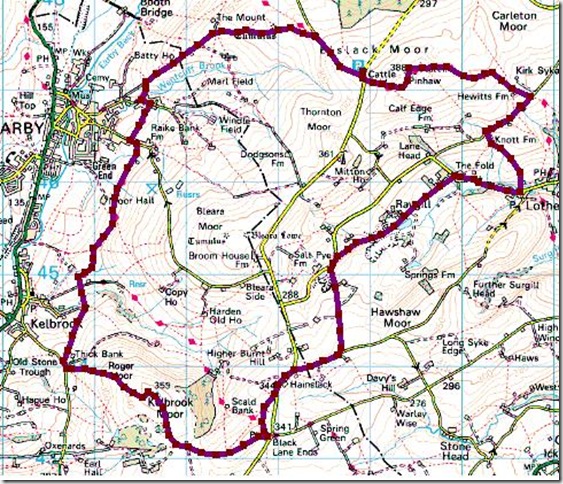 Hi Mike, it was more like November with the cold rain, I chose a good day to take Brenda out on a car tour, the van heater worked a treat
cheers Danny

That's a coincidence, I was thinking of Earby for a stopover on Sunday night, but booked myself into Kettlewell instead. I drove through Earby on Sunday morning and thought how nice it looked, I might have to go there at a future date and have a bimble around.