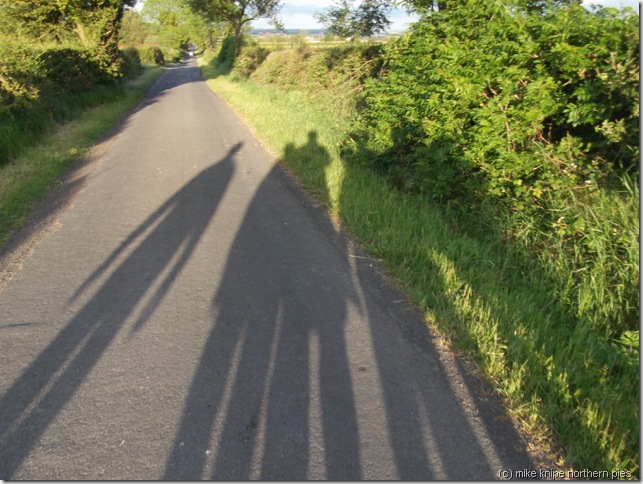 This time three people turned up, which is two better than the first evening walk. David Butler was the steward and Elaine (who’s the boss of the rights of way department) was the Assistant and we had a trainee steward called Freddie.

So we had a small bunch.

This was the walk I did a few days ago as a reccy and so, its becoming quite familiar. 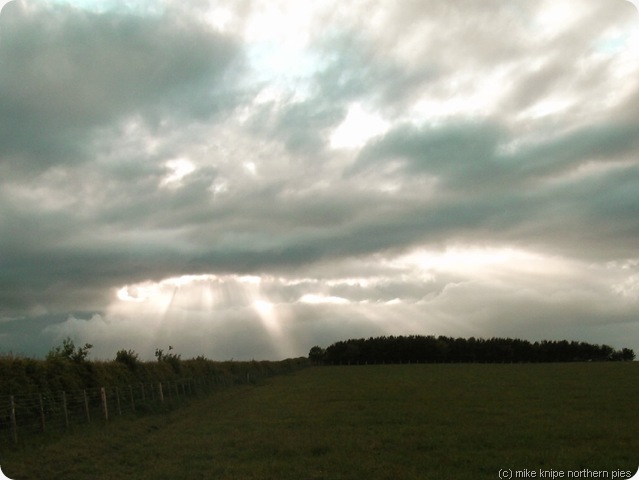 The weather was a bit murky for a short while but the air was clear with views across to the North Yorkshire Moors and, eventually we had some nice, bright sunshine.

Elaine was very proud of all the new stiles and we had a good little trundle round the circuit. 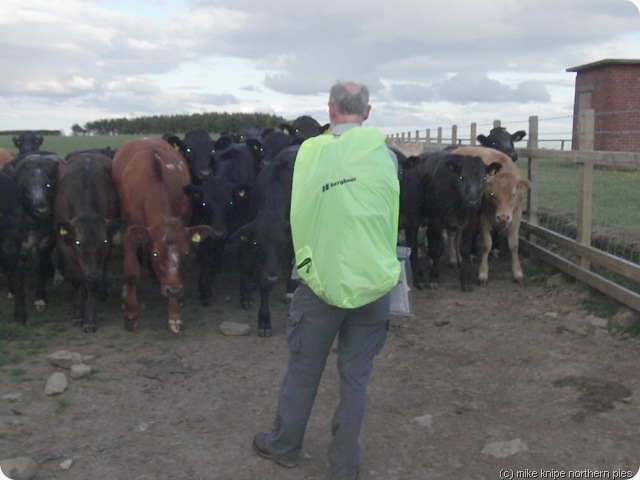 Two of the three beef herds got a bit frisky and bounced around and followed us  energetically. David (who is an historian) held them back with a lecture on the failed battle tactics of the Scots army at the battle of Neville’s Cross. Apparently they weren’t ready for the traffic lights and the complicated nature of the road junction. Its just as well that they weren’t Galloways or Highland cattle or they might have got a bit shirty.

Whatever – the cattle became quiet. Another group ran away, started to run towards us but lost their nerve and ran away again.

We finished about a quarter of an hour early.

I’m not doing this walk again for a while!

Sheila would have been over that barbed wire fence quicker than Sally Gunnell.

Not happy with the moo cows eh? I must admit, they're a bit scary on the first meeting. Its best to to run...