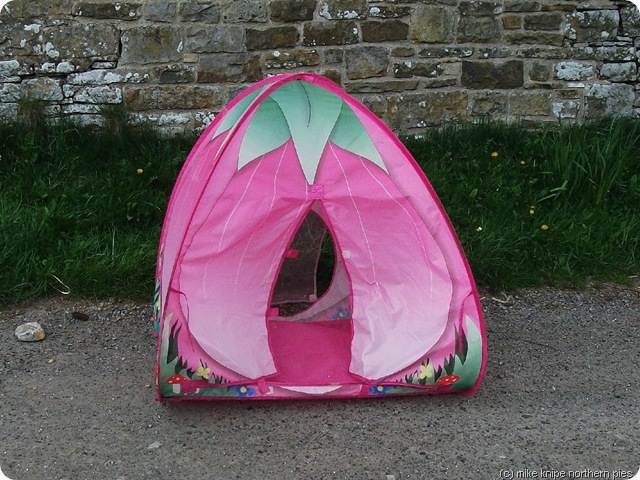 Every year, just before the TGO Challenge, in fact, I do a little walk starting at Blanchland and another starting at Edmundbyers, both on the same day. The purpose is to check the paths, waymarks stiles and signposts for any problems and report these to Durham County Council. I do the same walk in October and similar walks at Crook in January and July. I could do more, really. 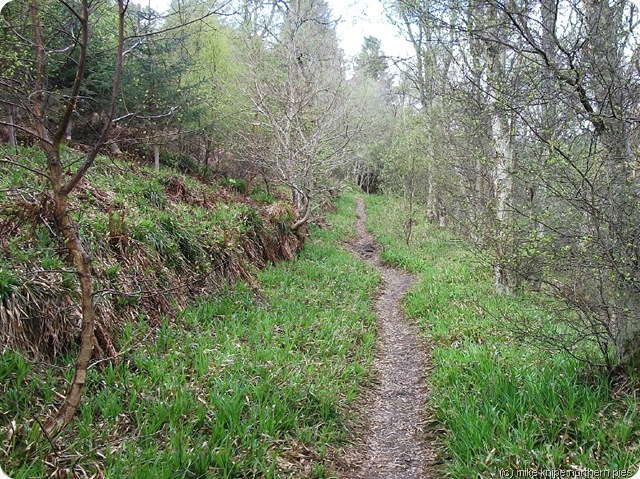 But today was Blanchland’s turn. On the first walk – about five miles, I discovered nothing much amiss that I hadn’t already discovered last October. The paths are slowly getting better used. One stile was still pivoting and is hazardous, in my view , and another path, up a steep bank is slowly slipping away. I also found a loose wendy house, which I returned to a garden. I assume it was the correct garden. 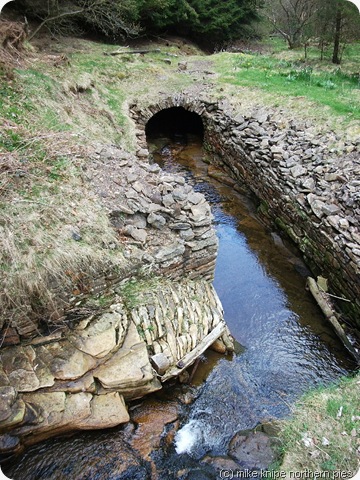 The first half was sunshine, hail showers and a perishing wind coming from somewhere in the general direction of Norway. The second half was sunny, but even colder. I even had me warmest hat on.

One of the attractions of the first walk is the riot of colour provided by the bluebells. Unfortunately these always flower the week when the TGO Challenge starts, so I always miss it. 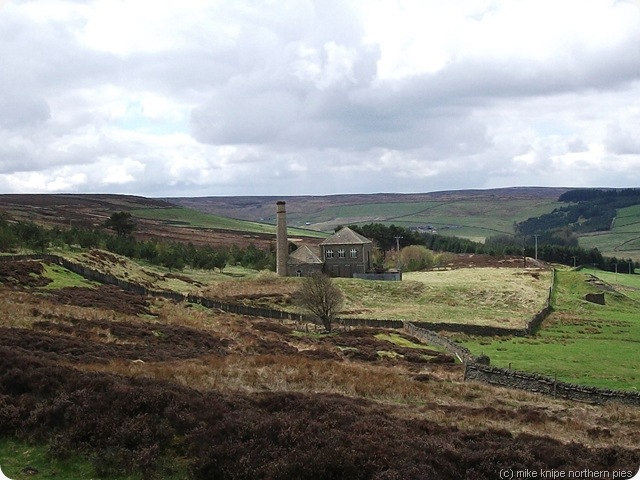 After lunch, I did the 9 mile circuit of the lead-mine trail which involves an outward bridleway over the moor and a return on a footpath through suckler cows and lambs. it is these suckler cows who once mugged me and are the main reason for Bruno’s absence on this walk. 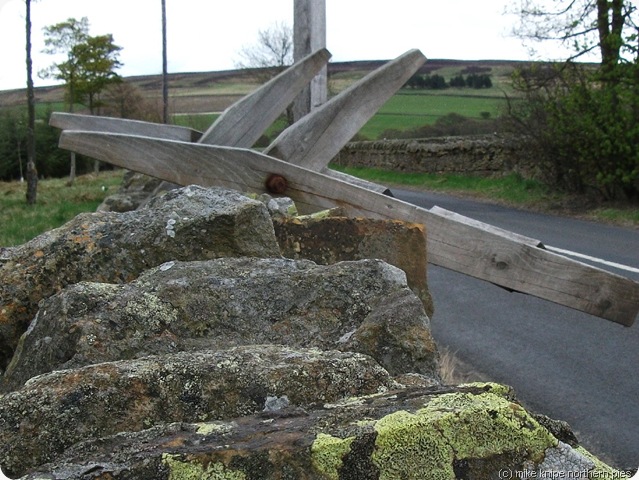 There was nothing much amiss with the paths. I met half a dozen cyclists who were all friendly, a sullen farmer at Pedams Oak with his butties in a tupperware box (although his dog was very friendly) – and the black cattle. 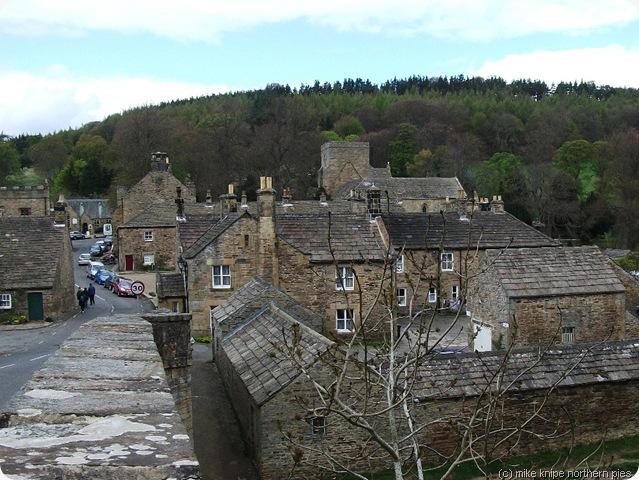 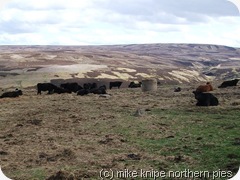 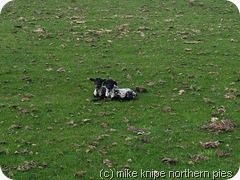 Blanchland is named after the white monks who’s monastery was on this site before the Scots and Henry VII trashed the place (pre-menstrual or somethink…) and Pedam’s oak is the Oak in which one local thief, bandit and cattle riever called Pedam used to hide out. I believe they strung him up eventually. 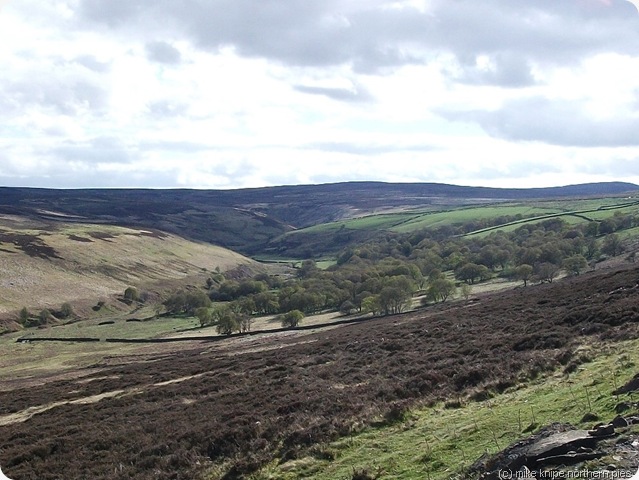 There was also a sign on a farm gate which said that there wasn’t a right of way through the gate. Its true, there is no right of way through the gate. I guess that the waymarks are a bit obscure just there. there’s one on a telegraph pole, but there’s a choice of two lanes at that point. I expect that some people are choosing the wrong lane. I’ll make a suggestion to DCC. 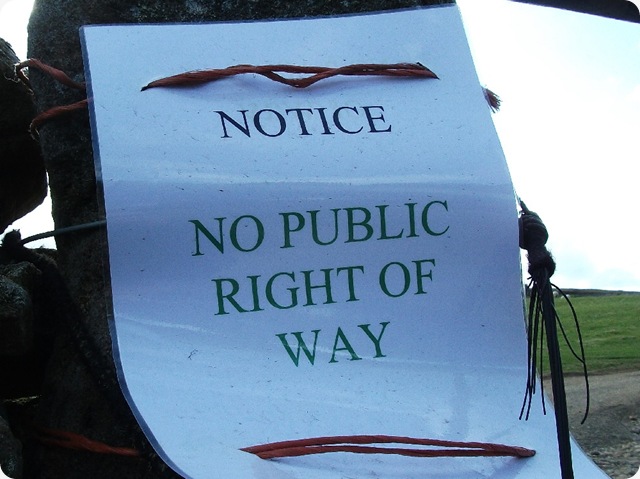 And that was that.

I’ll be back in October. The reports will be done on-line tomorrow evening.

For a moment I thought you'd bought a new hi-viz tent!

Its very lightweight, John - lighter than yer average tarp but I don't think they come in green.