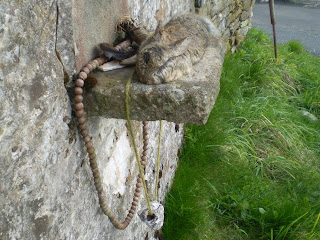 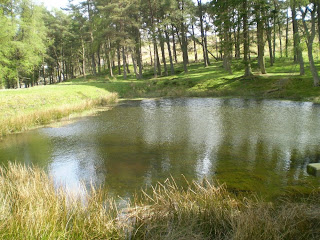 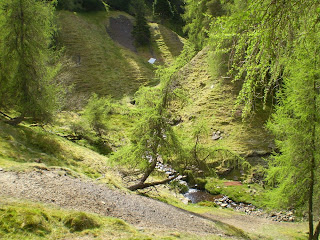 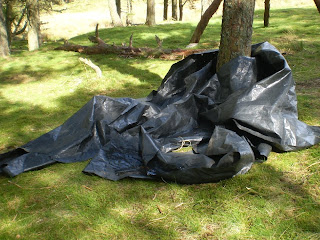 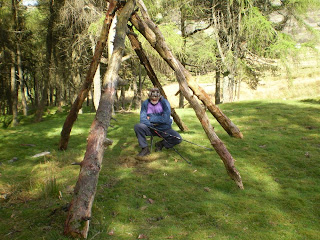 I called on Brian at Nenthead today and we had a little radge or exploration up Dowgang Hush at Nenthead.
Nenthead is a village planned and built by the London Lead Company for the sole purpose of the extraction of minerals. So its full of lead mines. Dowgang Hush is a deep man-made gully leading down into the village from the moors also created for the single purpose of extracting minerals, mainly lead. There are the remains of a coalmine at the very top, though along with some more recent channelling of water for the operation of water-powered machineray at the lead mines museum. This stuff is very clever and quite interesting and is a worthwhile expenditure of your resources, in my opinion.
I’d never been in the hush, so Brian agreed that it would be a good place for a bit of a radge.
And so, we explored upwards from the car park. There’s a sort of laid-out trail in the huish with information boards, which was unexpected, and we actually followed some of this and read the boards.
There was quite a bit of evidence of informal camping in the place too – at one point there being a selection of children’s chairs arranged around the remains of a large campfire containing broken glass and squashed lager tins, alongside a large polythene sheet and a wigwam-shaped log construction, presumably the unsuccessful attempt at building a shelter. I suspect that a bunch of eejits had watched a Ray Mears episode of dandelion eating, fire laying and shelter building and that they had probably burned their SAS survival books on getting the fire lit.
Dhuhhh!
After poking around the coalmine for a bit, we repaired to the Miners Arms for a pint of Scruttocks Old Dirigible.
As I seem to be going through a short period of heart-string tugging regarding distressed rabbits, I’ve included a pic of one such youthful specimen apparently asleep on a pagan shrine somewhere on Alston Moor. Actually, the animal is an ex-rabbit. It used to be a rabbit, but now it isn’t. It’s sleep is a permanent state and its only the cool Alston Moor climate that’s keeping it in one piece.
To the ageing Stardust Child of the Universe who believes that the ever-changing contents of this shrine arrive mysteriously from some nature spirit as a yet-to-be-divined special message – its not true. Somebody is having a giggle. Sorry. In point of fact, the rabbit is a recent victim of next door's cat - a friendly, but one-eyed pussy who is currently on a bit of a rampage as far as the local rabbit population is concerned. (Also culls field voles, rats, mice, sparrows, robins, blackbirds, seagulls, crows...... a couple of elderly ramblers...... a Ford Ka........)
Posted by Mike Knipe at 23:29

It's no surprise that the cat has only one eye!

Lovely photos again, Mike, particularly the river view ... maybe not so much the sacrificial rabbit ...

I wondered where that dead rabbit on my shed came from. It's good to find out that it was put there as a 'giggle' rather than an act of malicious vandalism. I didn't find cleaning off the maggots too funny though.