Squelching around The Dodds 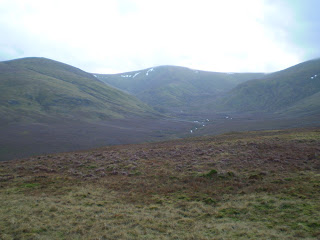 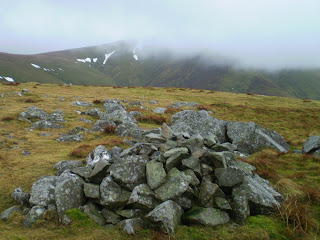 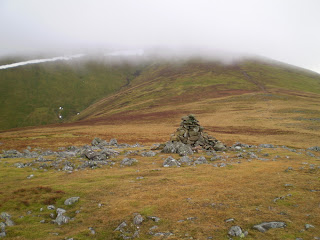 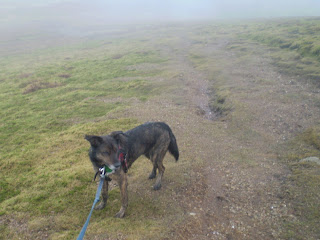 The Met Office and The Lake District Weatherline, both swore blind, on their mother’s lives, slit their eyes with a rusty knife if they tell a lie, that it would rain in the morning in Cumbria and that by half ten, the sun would be out and it would be a fantastic day for walking up Stybarrow Dodd in particular and best get out there whilst it lasts.
So, I saddled up superdawg filled the petrol tank of the knipemobile at the co-op, charged the flask up with particularly hot tea and set off for Dockray.
I did notice one or two floods on the way – the River Eden, for example, was particularly extra deep and wide (about an extra half a mile as it happens) and that the wipers were in action for the whole drive from Knipe Towers to Dockray City Centre car park, which was only half full (there was another car)
And so we launched ourselves at Bracken How, a diminutive Birkett, and then the very round Round How, which is round. The leg muscles weren;t working very well at this point (sometimes they don’t – I think it might be the statins… or the extra 10kg I’m carrying as a beer belly… or something) anyway, I was struggling a bit up to Birket #3 – Common Fell, and it was still chucking it down. I started planning changes to the walk.
Once up on Common Fell, I decided that I’d just do the next two Birketts – Swineside Knott and Brown Hills, then go on to bag the first 2000 foot top – Hart Side - and then I’d pull the plug on this wet wander and wetly wander off to find a cup of hot coffee and, perhaps, a heavily buttered toasted fruit teacake.
I lunched behind a wall out of the splattering gale just beyond Brown Hills and then plodded off up the hill to bag the very lovely Hart Side. At this point the cloud lifted a bit and it didn’t look such a chore to go and bag Stybarrow Dodd, which was just about emerging from hillfog. It was now about two o’clock. It was four hours late with the brightening up. Where had it been? And what had it been doing?
Once at Stybarrow Dodd’s cairn, the fog rolled in again and the rain restarted. I might as well finish the round from here – so I went down the wrong side of Stybarrow for a bit, navigated myself out of bother for the path that heads North, trogged along to Watson’s Dodd and then up to the shelter on Great Dodd for lunch number two.
We emerged from the fog at Lurgegill Head, went over Randerside, where views of Clough Head and Blencathra appeared under an arctic blue sky – and down over Birketts numbers 6 and 7 for the day – High Brow and Low How. We finished just as darkness fell.
On the way home we drove through a vastly expanded Ullswater – touch and go deep for a Nissan….
If I’d known it was going to chuck it down all day, I’d have gone tomorrow…
Quite good fun, though. I need to shed some weight, I think. The statins are a constant, the beer belly isn’t, and despite it’s cost me several thousand pounds to develop, it’s going to have to go.
9 Miles and 2500 feet of up. ... and 2500 feet of down as well...
Posted by Mike Knipe at 23:24