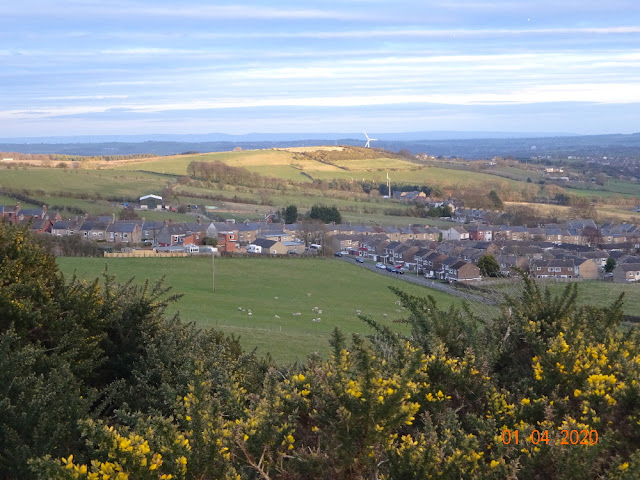 This walk is almost exactly the same length as all the other walks in this little series and most of them, oddly enough, have 500 feet of ascent. And, if you do them all you'll have encircled Crook. Probably best to leave this feat for better days, although, for me, they all begin within a hundred or so metres of Pietowers and don't go much further away than a couple of kilometres. It's true, though, that to do one within an hour would involve running. As I wouldn't want to damage my cardiac stent, I wouldn't like to try yer actual running. LTD takes a dim view of me running anyway and thinks I want to play some kind of rough-and-tumble game involving random sticks or bits of paper,﻿ 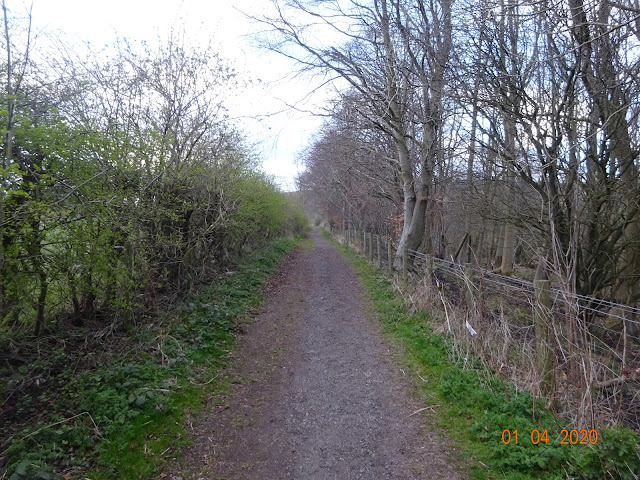 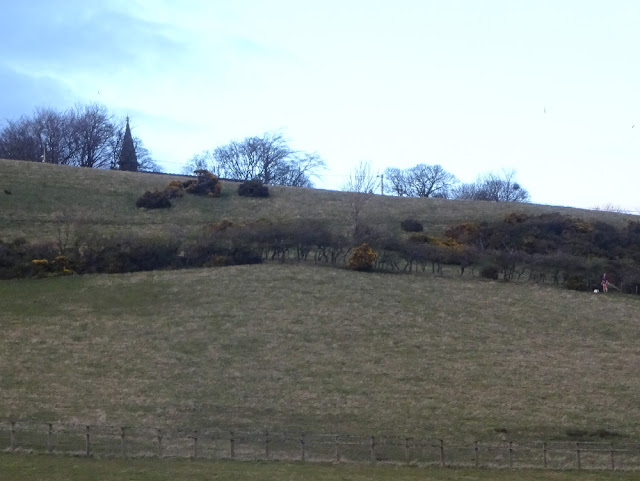 This particular walk visits  St Thomas's Church  at Stanley Crook, which hides a bit unsuccessfully at the top of a steep hill. The contours here are unusually friendly with each other resulting in a short but brutal climb up through some gorse. Somebody ought to report these contours to the police because they're much too close together for safety. 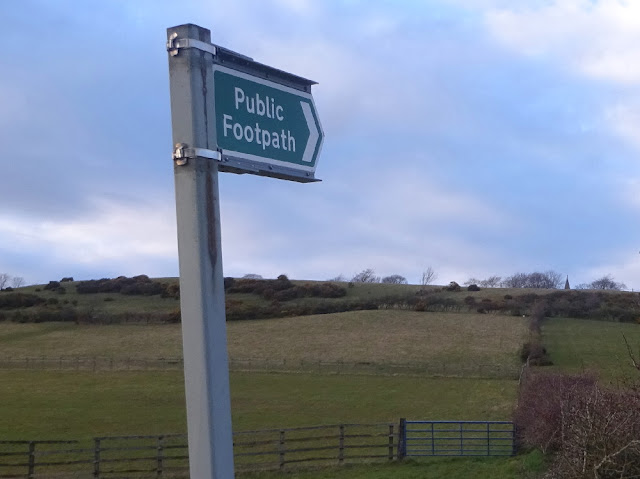 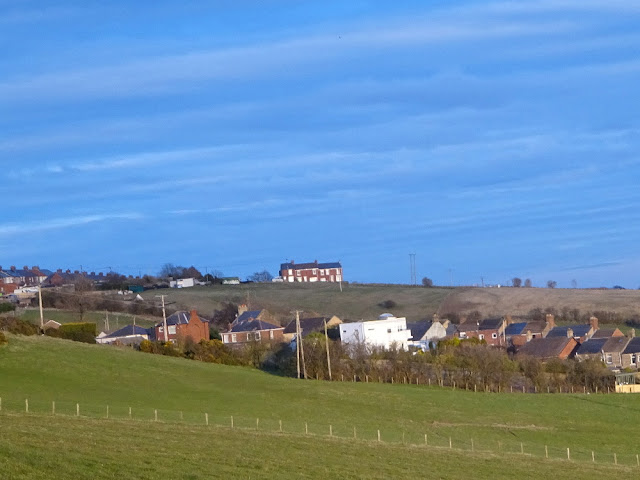 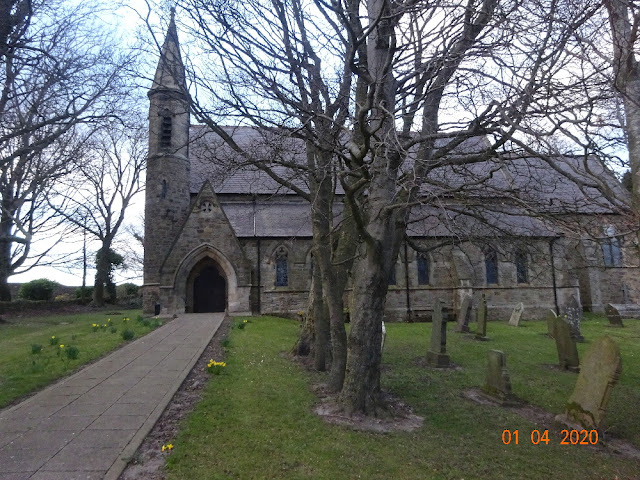 The walk also goes through a little subsidiary graveyard which I find remarkable in that it has some children's graves, some of which , although 70 years old, still have toys on them. There are clearly surviving family members visiting these babies graves. It's very moving. 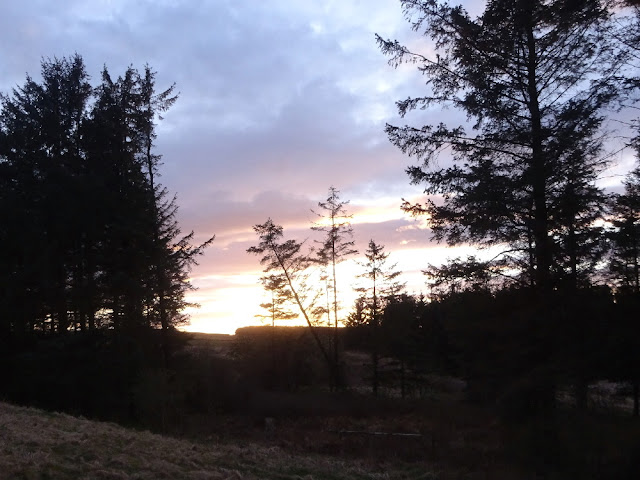 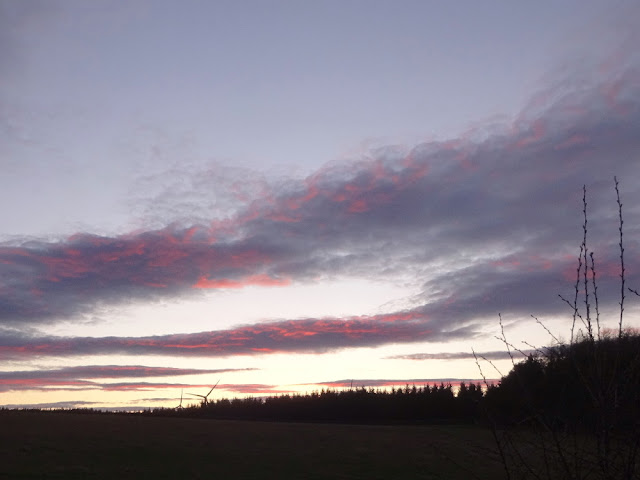 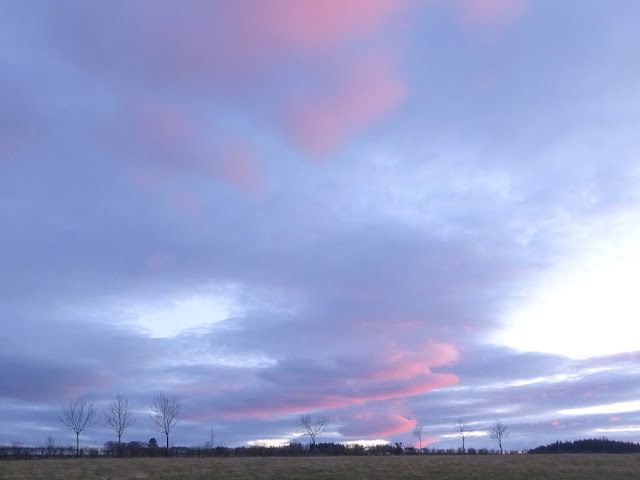 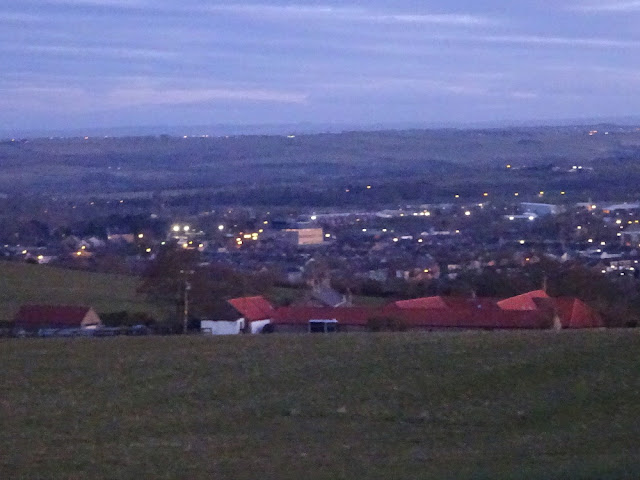 The path through the graveyard isn't a right of way but there are gates at either end and the next path heads into some woodland and is well used and has stiles, but isn't a right of way either. This leads to the Deerness Valley Railway Path which is well surfaced and can be easily followed in the dark, which is just as well because it did go dark. As usual, parts of this walk have become more popular recently. I'm not sure how many people will keep up the walking when this kerfuffle dies down, but for now, it's a positive thing I think. 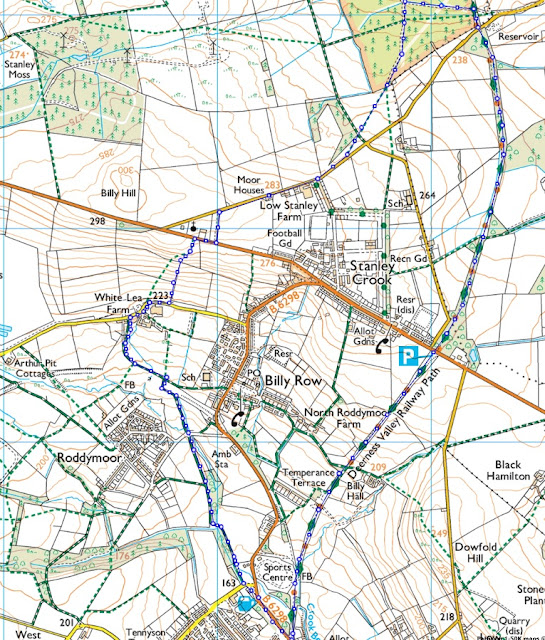