Napping on the Buttermere Fell 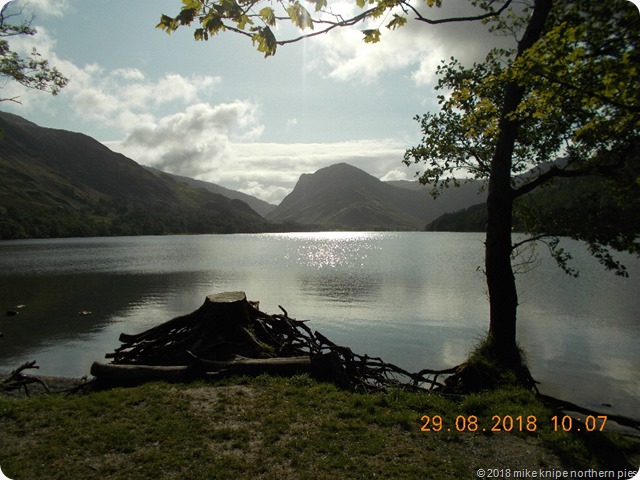 I seem to have developed a bit of a log-jam of walks over the next few days. If you’re retired like wot I am, it would appear to most sensible peeps that this situation would be unlikely to happen. But….

So, just to start things off, and at a whim, me and LTD went off to Buttermere, having identified an unbagged lump labelled Gale Fell East Top, at 499 of the Queen’s metres and just below Starling Dodd. 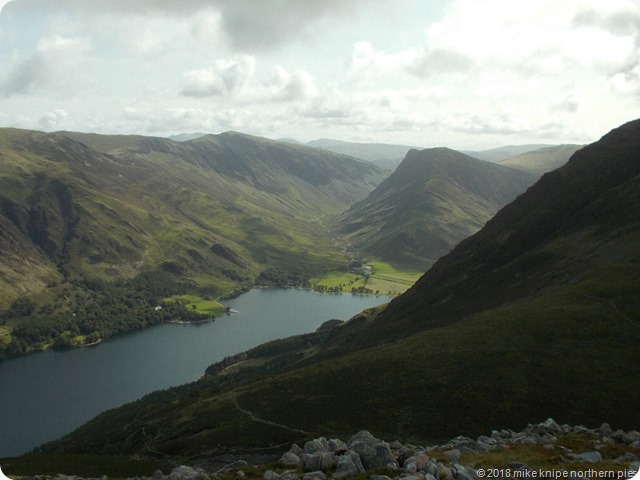 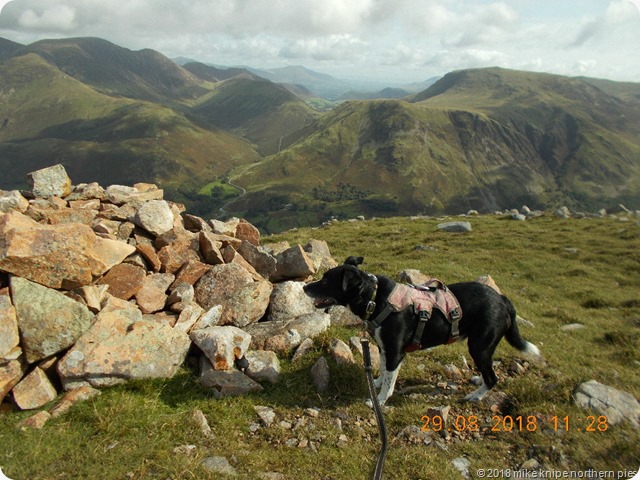 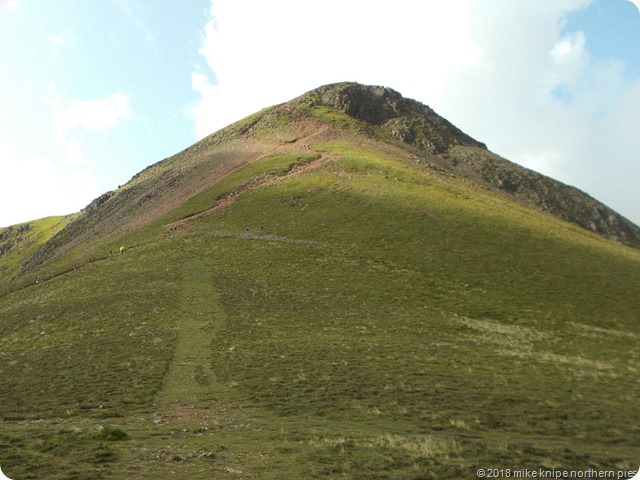 Firstly, we climbed Red Pike via the lovely Dodd, a pimple/Nuttall stuck on the side. This has superb views over Crummack Water and Buttermere and is an ideal spot to sit and scoff salted cashew nuts whilst sipping Colombian filter coffee from a really really old thermos. It was here that LTD enjoyed his first nap. 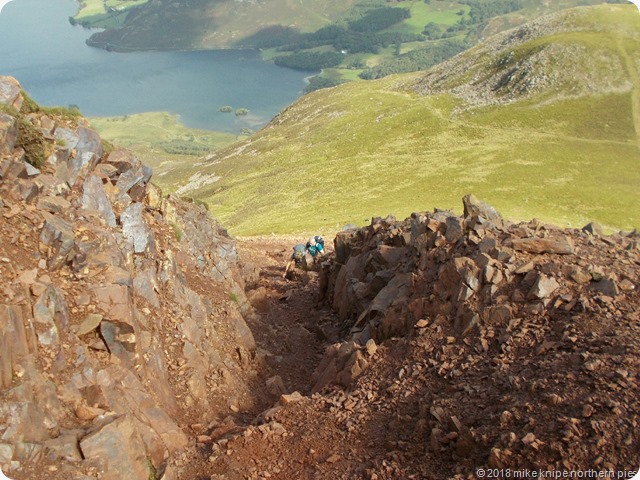 We watched a chap and his son heaving mountain bikes up the steep path to Red Pike, and, indeed, overtook them about ten minutes later. Since I was last up there, Red Pike seems to have developed a deep and loose gully near the top, which those pushing bicycles must have found challenging…. 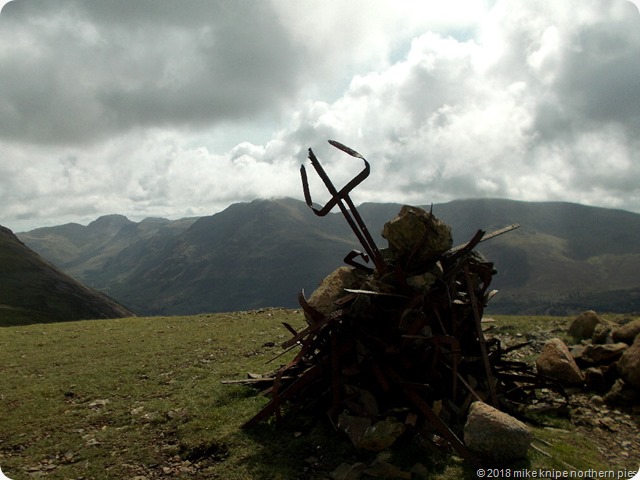 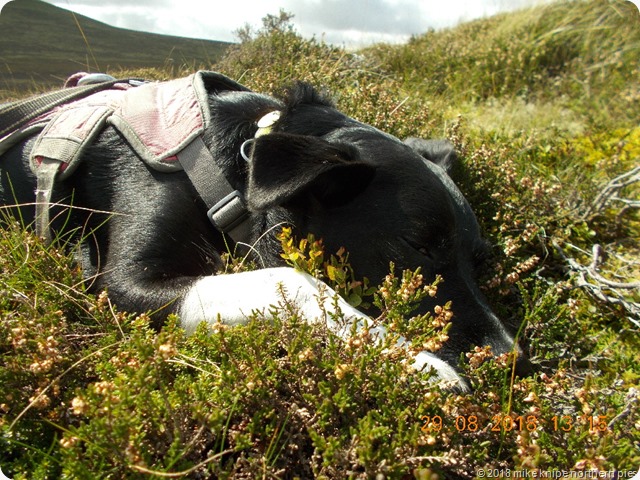 We crossed the moor to Starling Dodd, which we had to ourselves and thence over a sloppy bit to our target Gale Fell East Top. Here, lunchtime was declared and we found a little suntrap out of the cold wind blowing off the Isle of Man and settled down into the heather. Here LTD had his second nap. And I had my first. I woke up an hour later. The sun had gone in and it was quite cold.

I decided that I still had plenty of time, though, despite the snoozathon, and we followed the fence up to Great Borne, which was also uninhabited, and then down the steep grass to join the bridleway back to Buttermere, bagging Floutern Cop, a small Tump, on the way. 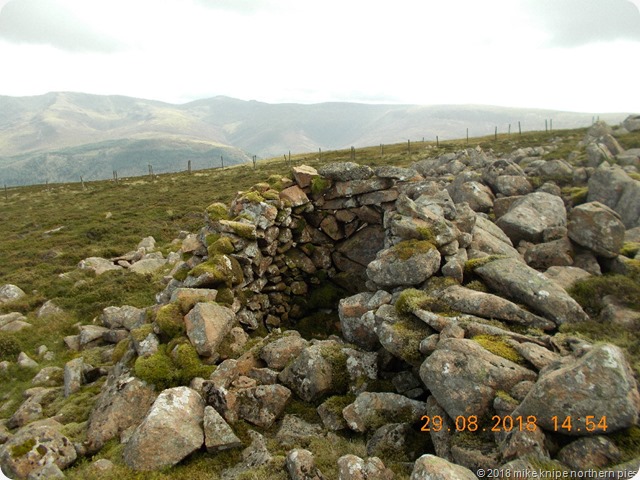 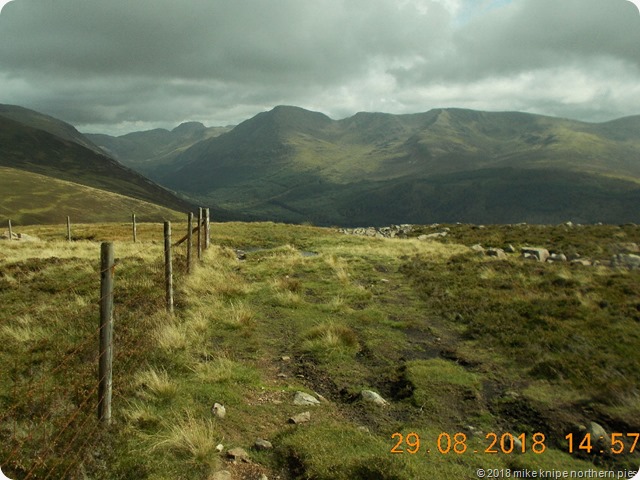 It’s very “autumn” at the moment; what my Dad would have called “back-endish”. The wind is cold, the bracken is on the turn and the hedgerows are full of blackberries, crab apples and sloes. I’ve already had one blackberry and apple crumble, having collected half a kilo of brambles on a dog walk at Crook. I’ll leave the crab apples to those who know what to do with crab apples, but I’ll be having some sloes in a few weeks – I think they might be better after a frost, and, if we get a clear night or two in September, a frost seems likely. In the meantime, I’m packing a few extra warm things..

We did 11 miles and 3600 feet of ascent. We have another walk in the Lake District tommorow, then a reccy for a guided walk, then  Ramblers walk in the Dales. It might rain on the Ramblers, apparently. 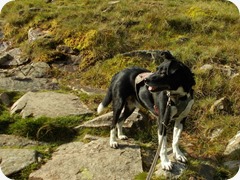 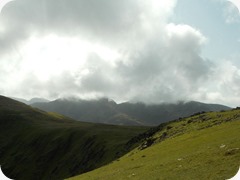 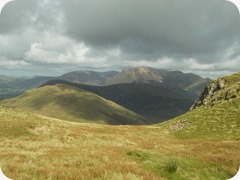 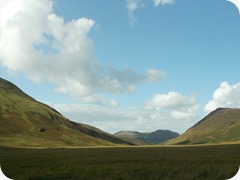 Hmm, sloes eh?
The local blackthorn looks good for a decent crop this year....just need to buy some gin :-)

Wonderful scenery there Mike. Looks as if you had a cracking walk.

Brambles! You just reminded me of the massive burdock plant I found the other day...today I must put on something with long sleeves and go chop it down and cut it into pieces and cram them into a feed sack or something. I hope it hasn't already released seeds. Millions of them. Oh dear. Off I go.