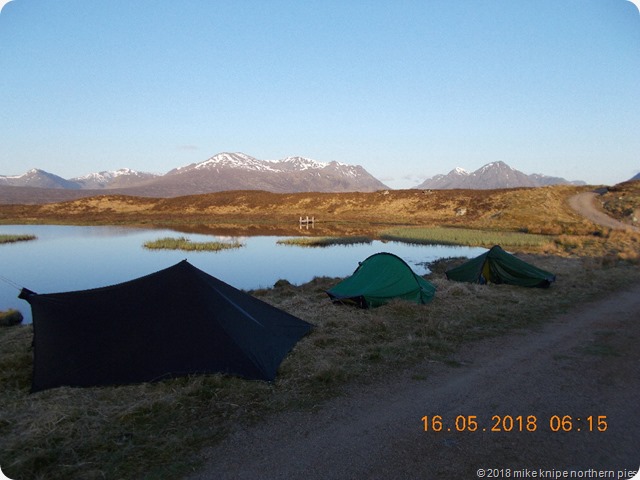 Like wot I said in my previous post, this year I’m, not going to go into huge detail about my 2018 TGO challenge because there’ll be a sufficiency of accounts on other people’s blogs and, in my case, I did most of the walk in the comnpany of John Jocys who at this very moment in time (what other kind of moments are there, I wonder?) he’s producing an excellent series of blogposts describing wot he did on his holidays and, from Kinlochleven onwards, that’s pretty much what I did too. I did eat different stuff, though and had no problem in sleeping noisily, mainly due to the anaesthetic effects of cheap whisky.

Hennyway – This is it, in summary.

I covered a total of 205 miles. This was 5 miles shorter than my original plan. I also climbed about 28000 feet of upness. I camped all the way apart from the last night which was in a cottage in Johnshaven. All but two camps were “wild” (ish) – that is, excluding the campsites at Kinlochleven and Grantully and the pub paddock round the back of the Drovers Inn at Memus. 9 wild camps in all. 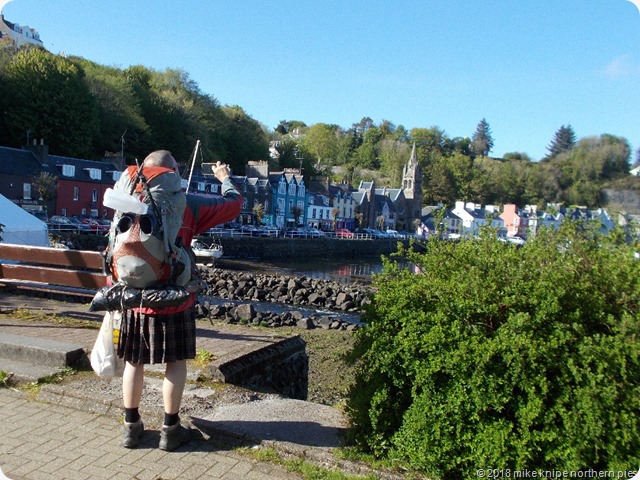 My original route went as far as Black Corries and then high above Rannoch Moor, back down to Carie and then to Aberfeldy, Pitlochry, Glenn Shee, Glen Doll, Tarfside, Fettercairn and Tangleha. I followed my original route from Kilchoan, over Ben Resipol, through Glen Gour to Ardgour, to Corran, West Highland Way through Kinlochleven to Black Corries and then low level to Rannoch (it was bad weather anyway, so I would have gone this way in any case) – to Kinloch Rannoch – Aberfeldy (back on route) – to Grantully – Kirkmichael – Glen Isla – Memus – Brechin – Johnshaven. So the main difference was a diversion from Grantully and I avoided the very fine hill-walk over Cairn Mairg. I’d decided, at some point around Kinlochleven, that I would be making my route a bit easier somehow and since JJ had not received his maps for the rest of his route, it wasn’t a hard decision to team up – I had the maps and he had an easier route than my original, although we were a bit ahead. So, after some initial route-marches, we calmed down and did a couple of shortish days to put things right.

The fact that we were wearing matching kilts was just coincidence, although it did casue more fun on the West Highland Way (see previous posts) 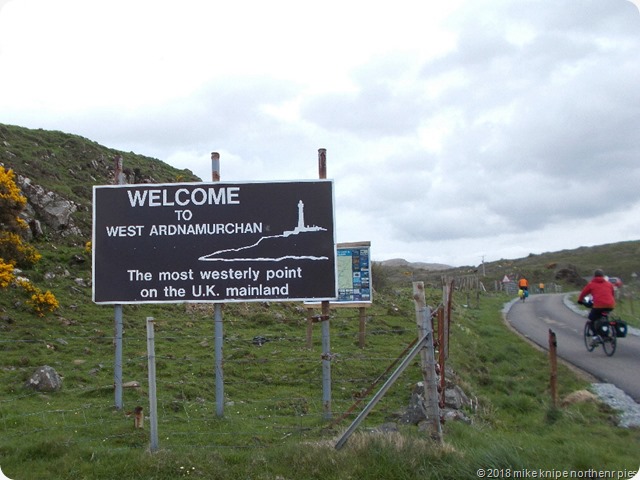 This was my fourteenth TGO challenge and, perhaps I will go for the 20, although at a maximum of only one TGO per year, I will be very very old on the 20th one, if I ever get there….  And this was the best TGO for weather since my first one in 1998. I only got wet twice, in fact, and it only rained for half the day on each occasion and on one, maybe two nights. In the main, the weather was beautiful and sunny and not really too hot. It got warmer as we progressed Eastwards, but in the main the walking conditions were perfect.

I’m happy to say that I sufferred absolutely no damage at all, lost just 2kg, one of which I’ve found again – although by the final Thursday I’d probably lost quite a bit more. But pigging out on Friday, Saturday and Sunday, including generous quantities of beer and wine, I suspect that some significant kgs were returned to the system. I did have a brief attack of squitters the night after Kinlochleven. This was just a temporary blip, though. 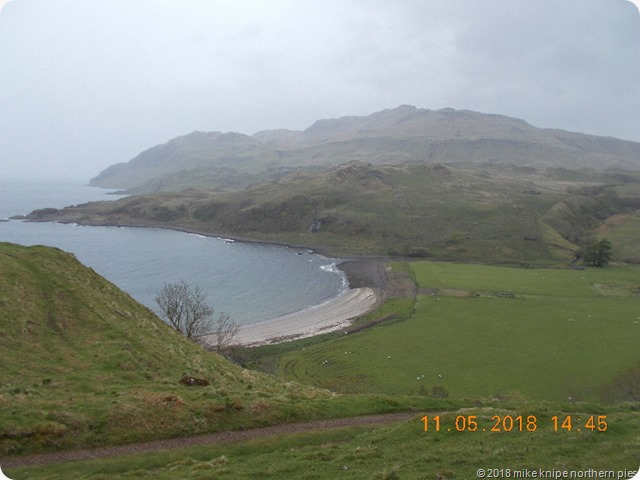 It was, in fact, a very enjoyable TGO challenge, mainly in the excellent company of Mr Jocys who tends to talk to passers-by when I tend not to. This, of course, made the whole thing a lot more fun. He also remembers people’s names when I struggle, often with some lurking embarrassment that somebody knows me, recounts tales of whatever it was we did on a TGO a few years ago, when, to be honest, I have no idea who they are.

Anyway – a right good do. I’d do it again. Next time I’ll stop measuring a day’s walk when the count gets to 26 kilometres (dhuhh) 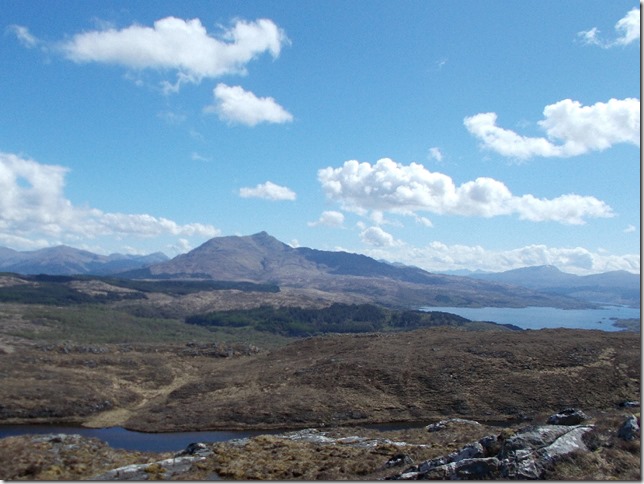 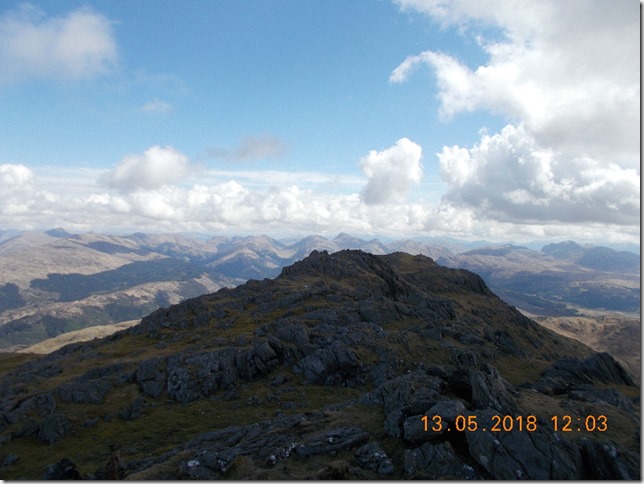 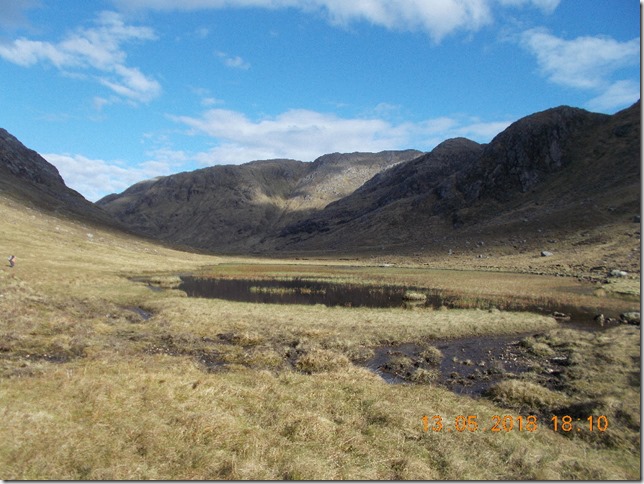 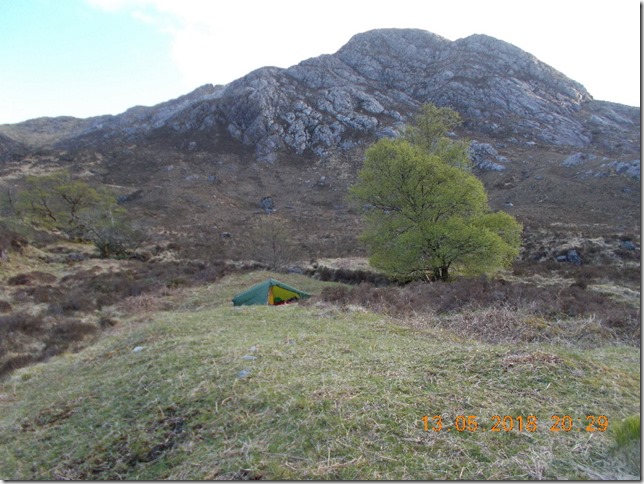 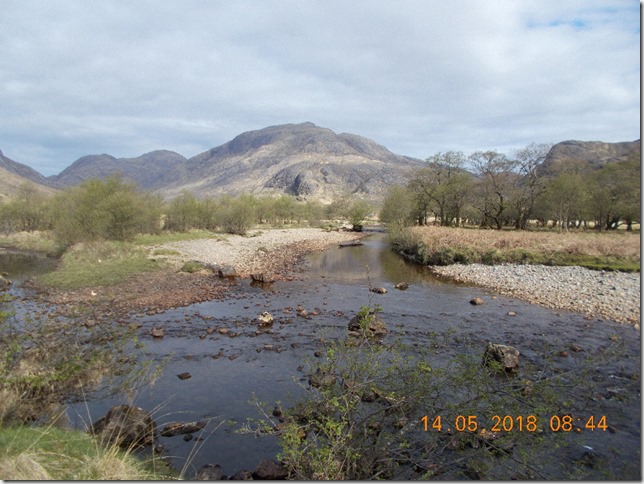 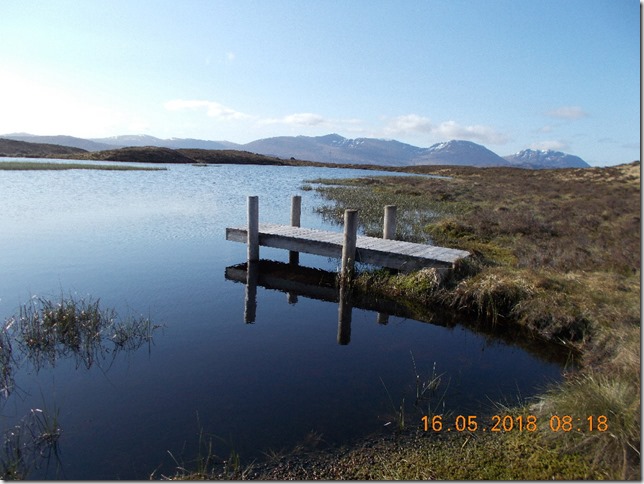 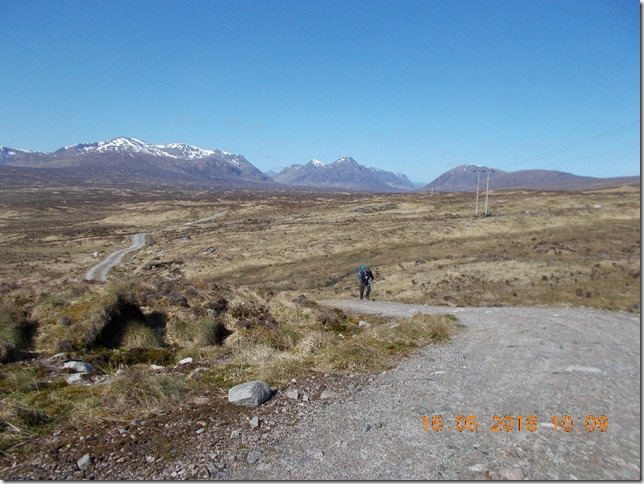 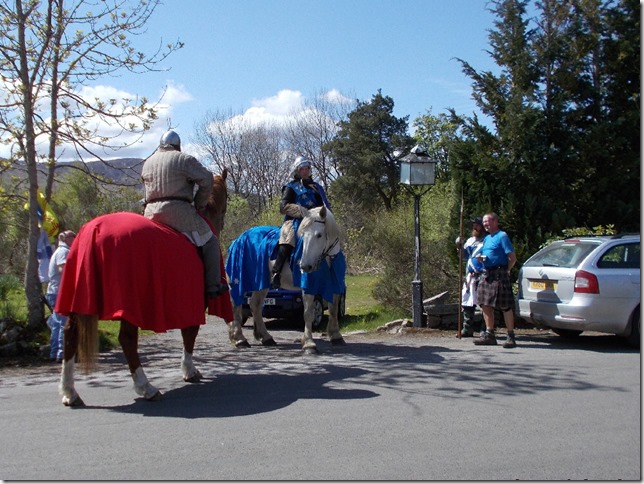 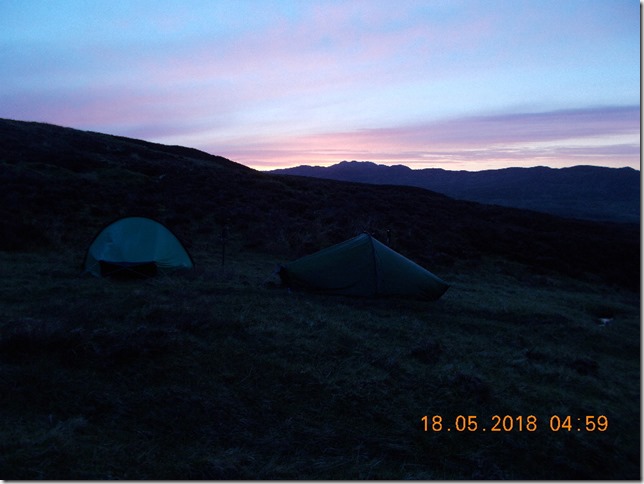 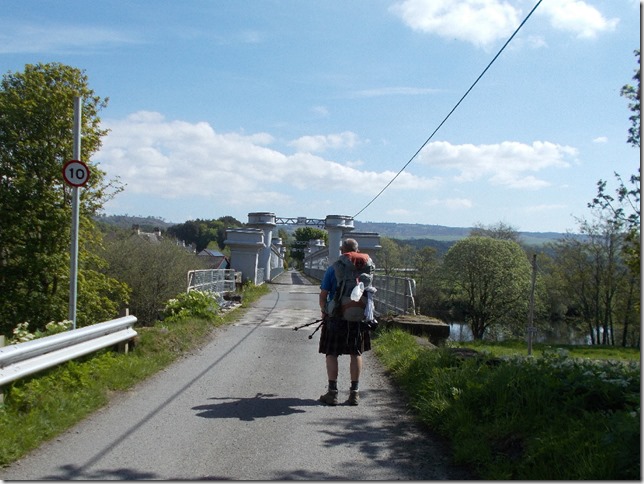 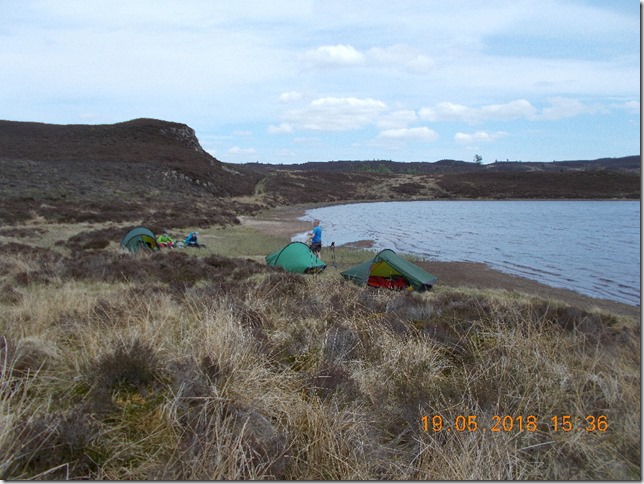 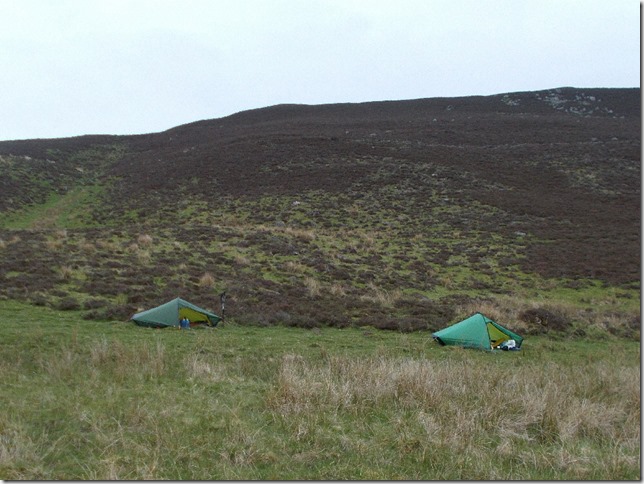 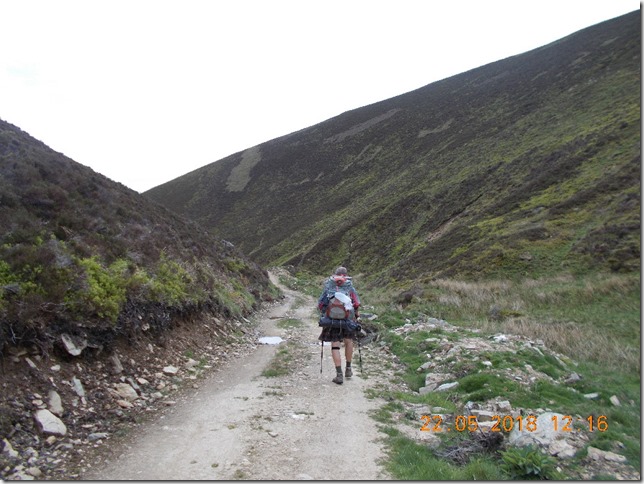 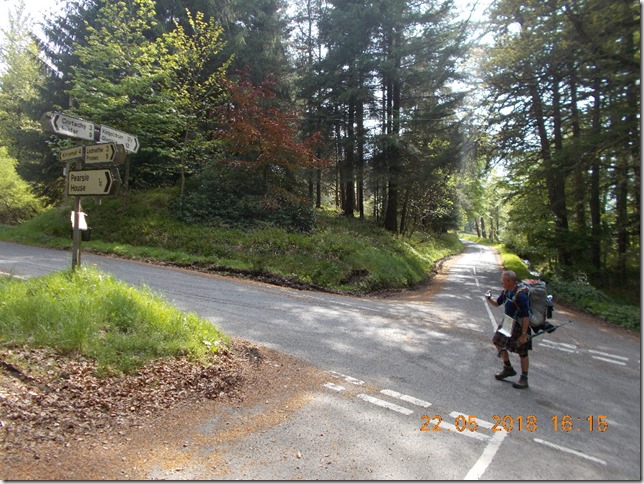 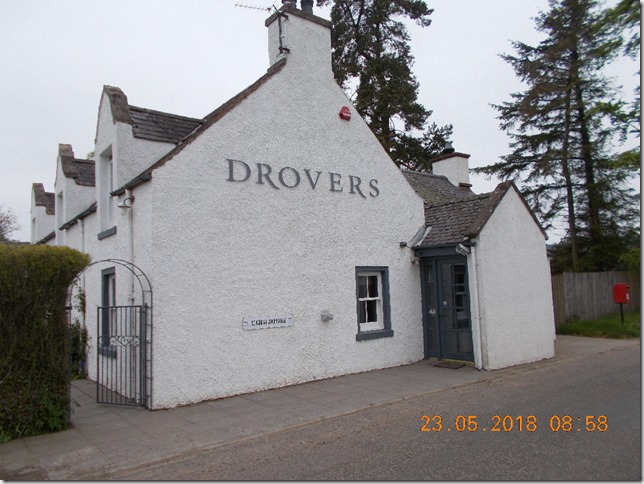 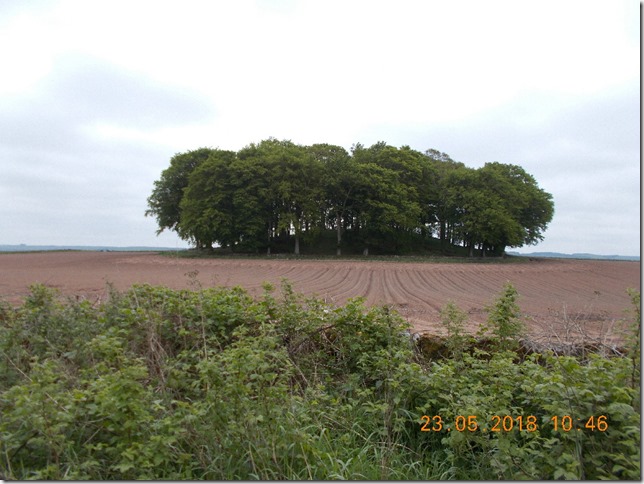 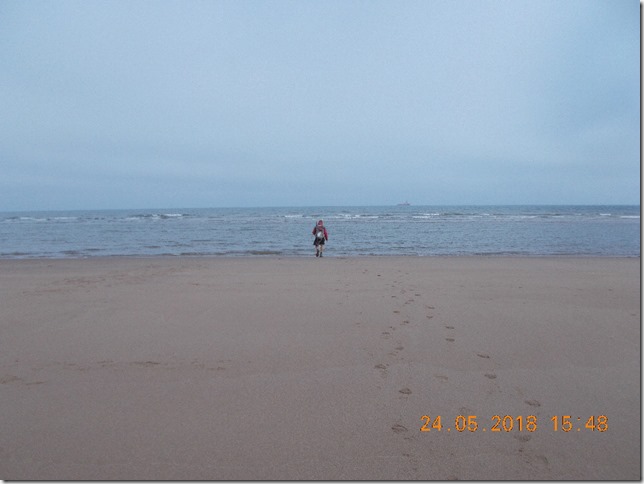 Well done, looks as if you had a really great crossing, impressive! Cracking photos too.

It was crackin' Dawn. I fear we'll pay for the good weather in future (it's all about averages, innit)

Congrats, Mike! Glad it all went so well and you had a good time.
I'm a bit curious about the equestrian contingent...

Well done Mike. That last photo looks like you are not going to stop walking.