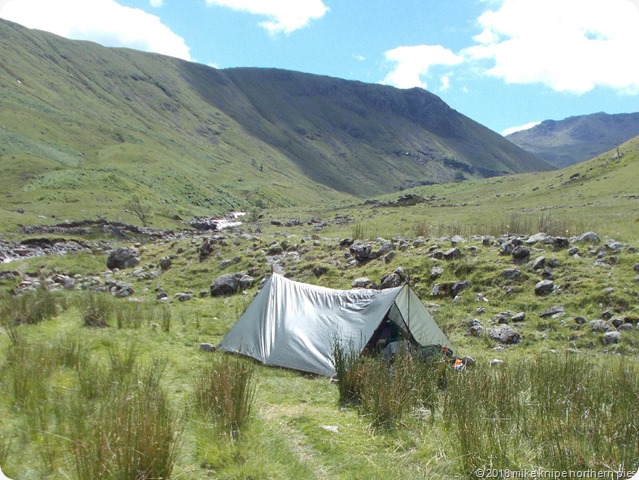 There’s been a minor hiatus in the blogging recently due to me temporarily losing my blogging mojo. So, I’m a bit behind…

Back in the harsh, cold winter me and Dawn had a brief camp in Borrowdale and this included a bit of a trundle up the very lovely Langstrath and it was this walk which provided the idea for a relaxed Summer Solstice camp-with-dips. providing, of course, that the weather was kind enough for this sort of thing. I quite enjoy marking a solstice with some kind of appropriate event. 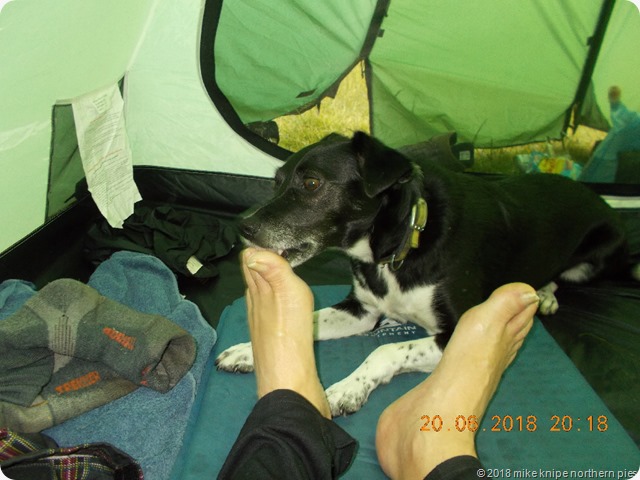 If anything, the weather was a bit on the hot side, but, the effect of this was to warm the pools of Langstrath Beck and, by mid-afternoon, Tray Dub held lovely bubbling, clear and silky waters – an absolute delight, in fact. 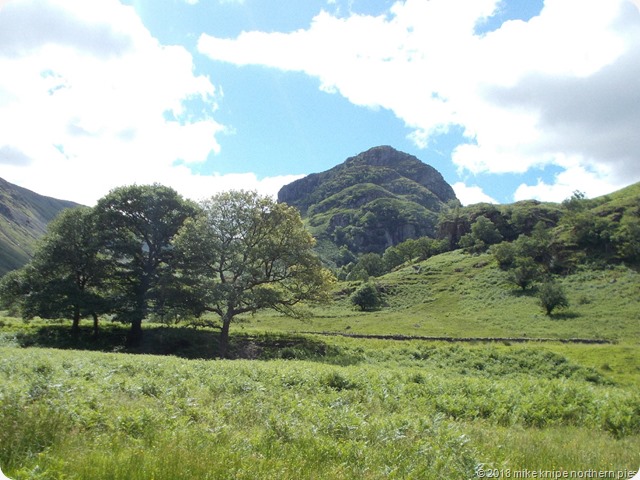 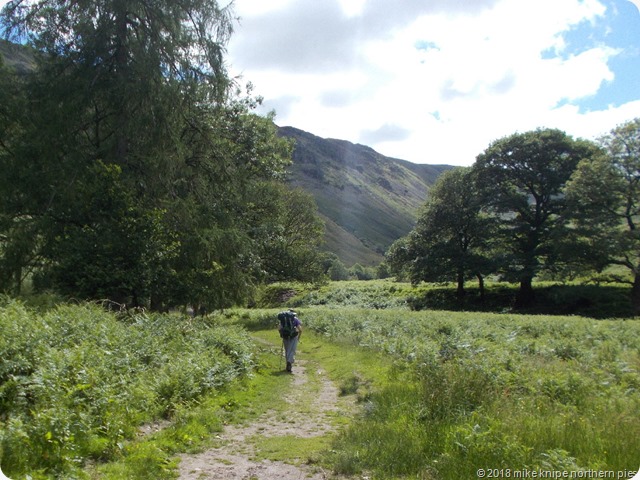 So, the summer of 2018 sulters on sultrily. I don’t mind, I’m a bit sick of shivering and dripping, although it’s quite hard to find some cool shade when you’ve placed your tent so as to get a bit of sunshine (dhuhh), and even Dawn’s potentially draughty bivi provided a super-cosy spot for LTD’s hobby of snoozing a day away, followed by a brief period of eating in order to build-up strength for his main sleep later on. 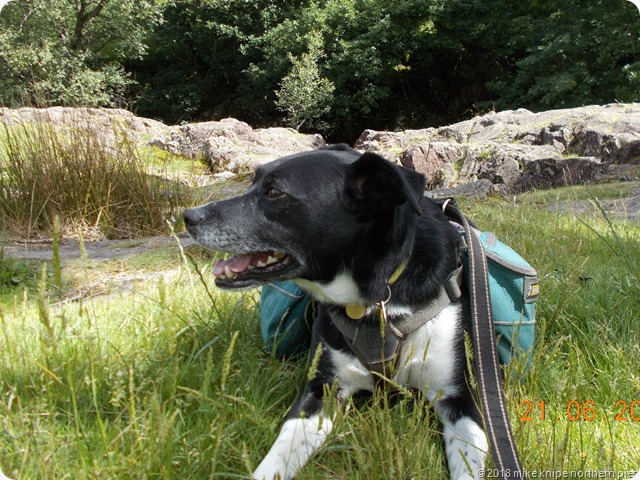 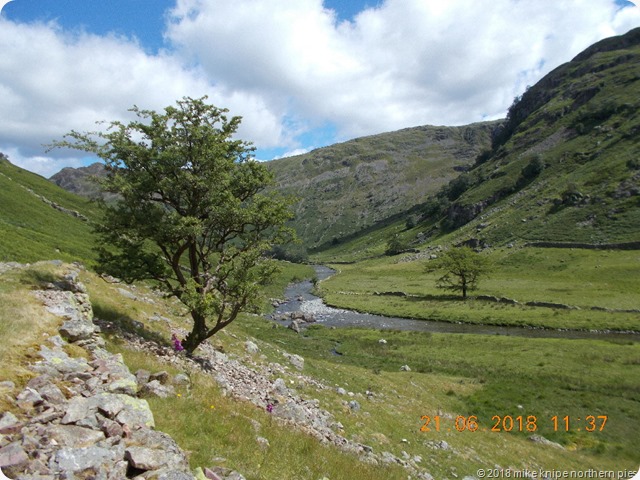 Not many people – a few came over the pass from Langdale – one or two looking a bit fragged. And some exploring Langstrath as far as Tray Dub but no further. Only one came down the glen from the higher tops and only one passed on his way up there. 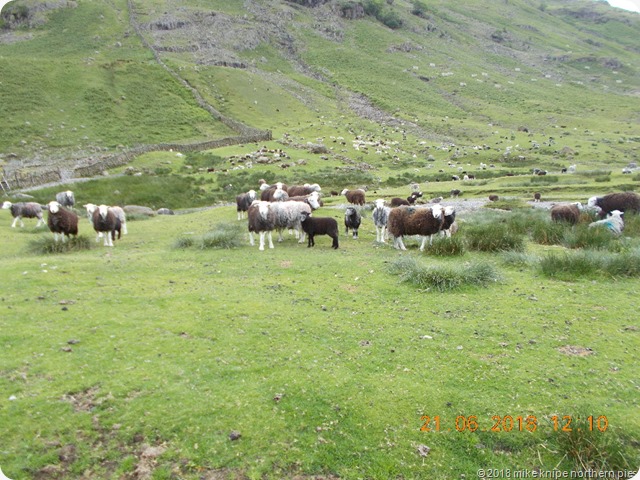 A Herdwick gathering around Black Moss Pot – hundreds of sheep, in fact, who, at sokme given signal all wandered off back up Langstrath in small, presumably, kin groups. Around lunchtime, they all traipsed back down the Dale to Black Moss Pot, returning once again in the afternoon. Dawn’s theory was that the farmer had probably been feeding them at Black Moss during the winter and they’d got themselves into a habit pf a lunchtime visit. This seems likely. 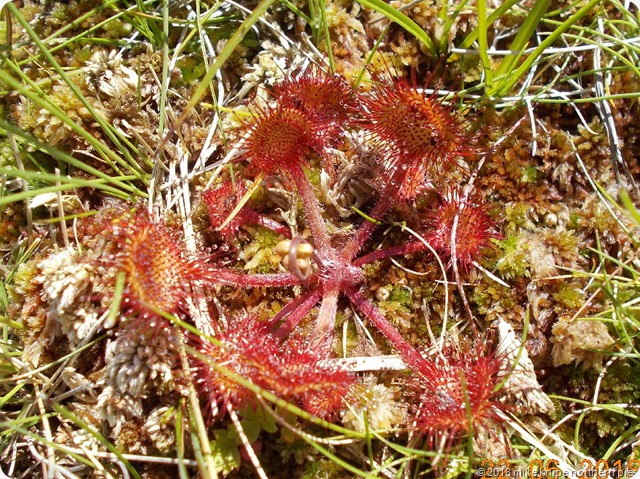 Sundew in the boggy bits. Sundew is an insectiverous plant. It likes a midge or two, apparently. We like sundews.

Yoofs solo climbing at Black Moss Pot – quite a difficult-looking route. The consequennces of a slip being a plunge into a very deep pool. I expect this is considered safer than falling onto hard ground.

LTD eventually ignored passing files of Herdwicks and the sheep didn’t seem too bothered about our prescence. 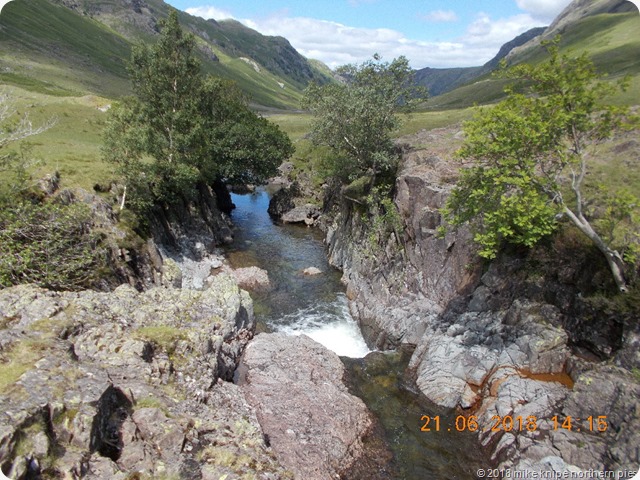 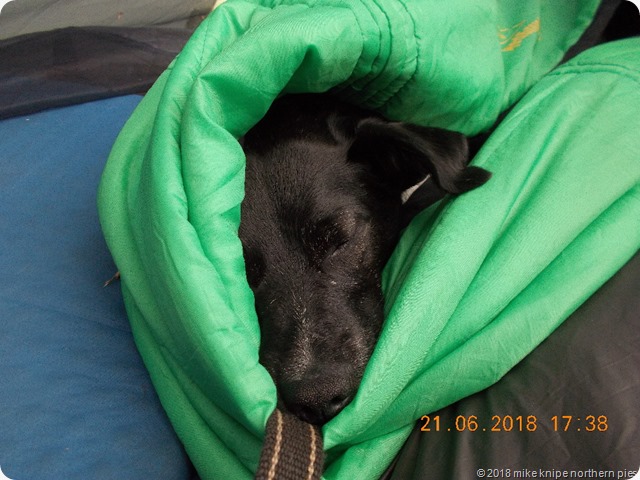 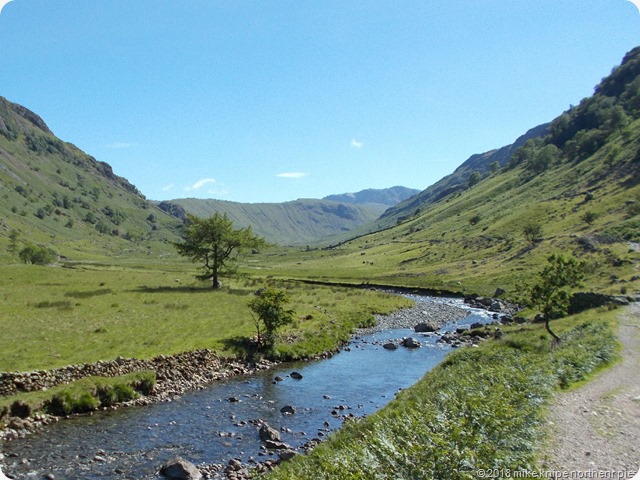 It was a nice wee do Mike.

The first time I saw sundews was in sparkly floating mats in a shallow mucky pond where I often take my dog for walks on the trails. I was in a canoe at the time and curious enough to risk getting muck-stuck just to see what the plants were. I had no idea sundew could form big floating mats!

A wonderful dale. probably the best in Cumbria.

Your photos are stunning and lovely quality.

Such a beautiful view

I have to say, one of those pics is disgusting and made me feel sick. The rest of it looks and sounds lovely.