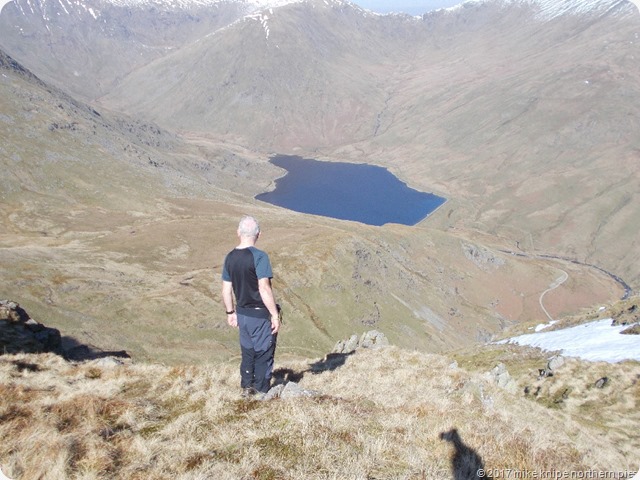 Is it just me that’s noticed that recently, when asked a question by a TV reporter, that interviewees begin every explanation with the word “So”?

So, me and LTD whisked ourselves over to Kendal to collect the Bro, and thus, off to the delights of Kentmere where it was sunny and actually quite warm. 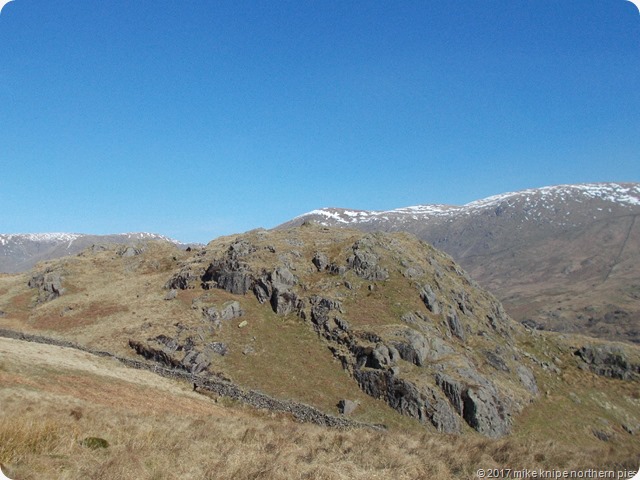 We had a rough, that is to say, approximate plan which was to park the new knipemobile prettily (an often difficult task up Kentmere, were it not for Mrs Black and her field). wander up into a bunch of knobbly hillocks (careful how you read that bit) and have a little stravaig aimed at  the summits  of four or five rocky outcrops. 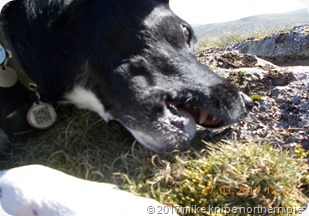 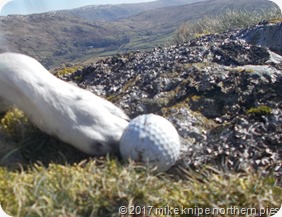 These were – in order of ascent: Scale Knotts, 360  metres, fairly rocky; Rowantree Knotts 421 metres, rocky, Piked Hows 407 metres, not specially rocky from the bagging route and Castle Crag 490 metres, very rocky and a fine spot for lunch in the sun, complete with small snowpatch for the dog to eat. 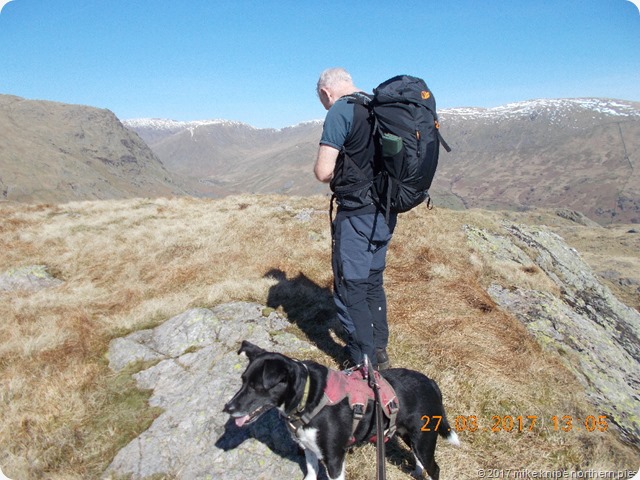 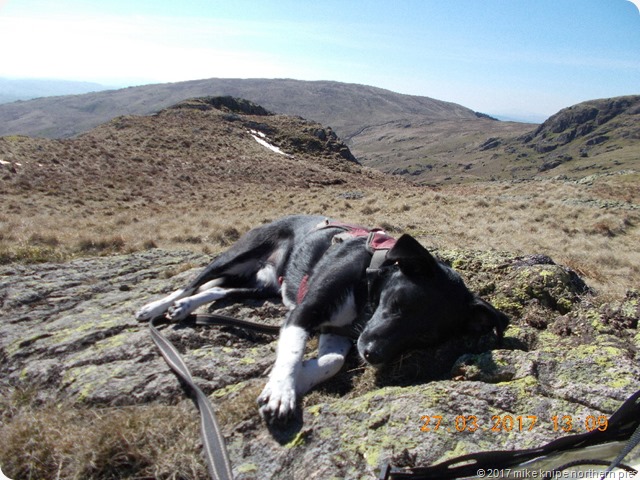 Some of these were additionally defended by wobbly walls with wire entanglements for extra excitement. Castle Crag is a specially fine top by the way, and I would encourage anybody who’s not yet been there to incorporate the spot into a round of Kentmere Wainwrights as an alternative to Garburn Pass. 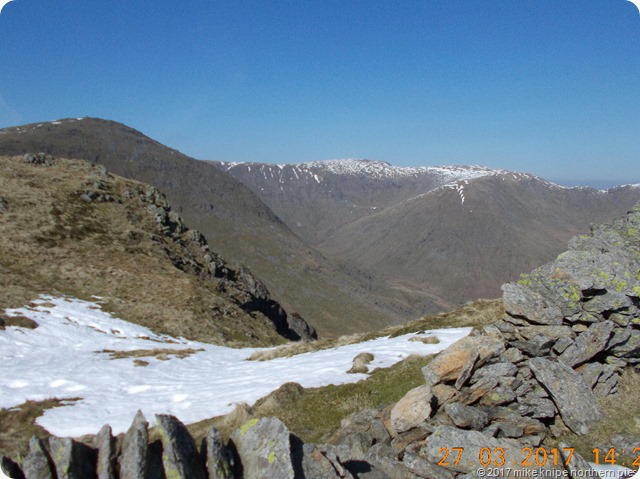 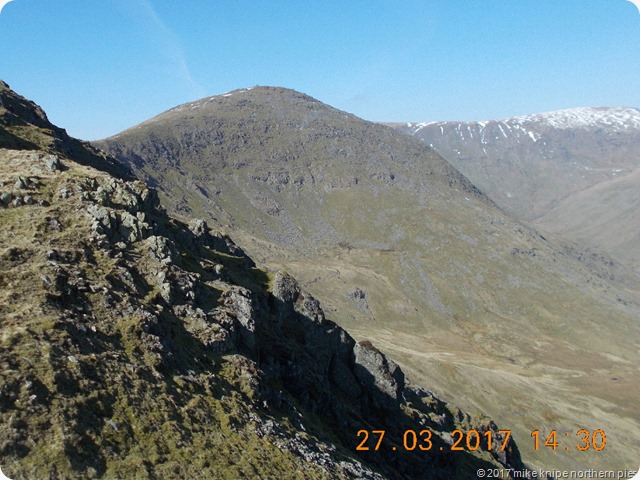 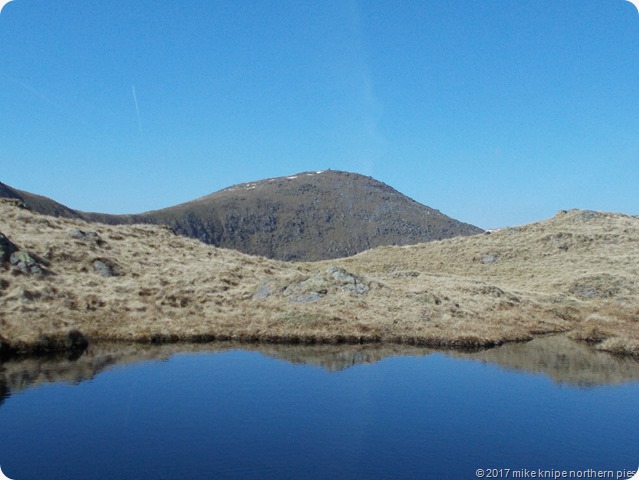 We pressed on – a contouring route handrailing a semi-derelict wall brought us to the finest top of all – Rainsborrow Crag 641 metres. This is the top of a scramble route and has a small tarn a cracking views of the surrounding hills. 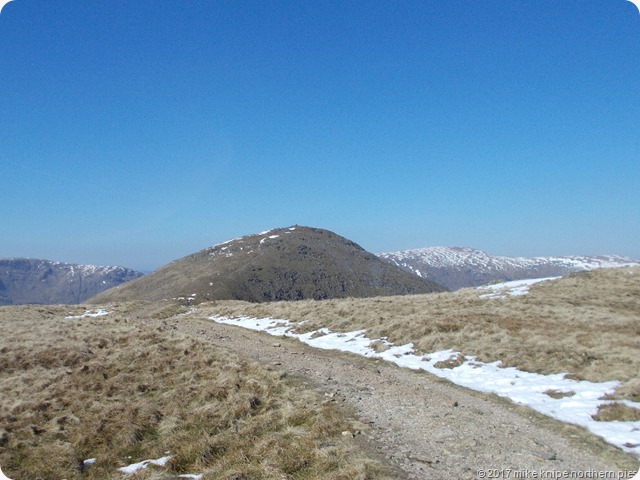 Finally, we returned over Yoke and the Garburn Pass to find the knipemobile exactly where we left it (just beyond the sign that says that there’s no parking beyond the sign) (but there is) (but not much). (You have to be lucky) 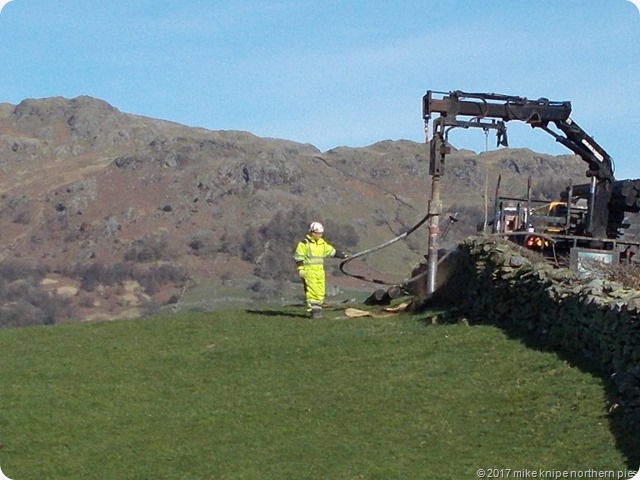 Parking at Kentmere should ease in the near future, though once the road is widened a bit for the gas exploration peeps who were making test drills in the fields just to the South of the city centre there. We were asked not to mention the word “fracking” for obvious reasons because people often get unreasonably upset by the word. The chaps in the hard hats explained that once the main wells had been driven, that there’s only be a few small buildings and a bit of a narrow pipeline (painted green for ecological reasons) but that the parking areas for the construction traffic would be retained and hard-surfaced to allow more hillwalkers cars to park. (Up to 45 spaces, apparently, and with topping-up facilities for electric cars) And this would be free. So, it’s all good. 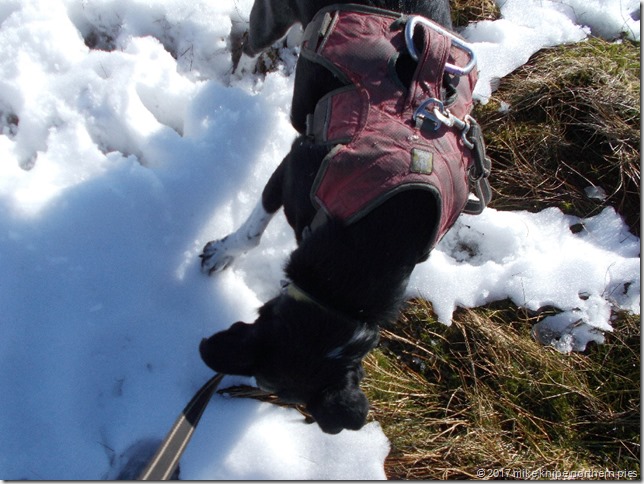 Looks fantastic, and in good weather too!

Excellent, Sir. They could also use the construction compound hutting for the new Kentmere Visitors Centre.

So, Mike....yes i have noticed this. And it's Bloody Annoying!
Why-Oh-Why do they do it?
Nice little trip, like you say some excellent viewpoints amongst those wee tops, I didn't realise they were listed though, Syringes eh!?

So I'm sure I walked round there once. But I never took any, like, photos as well-good as yours :-)

That golf ball is definitely worth a visit.