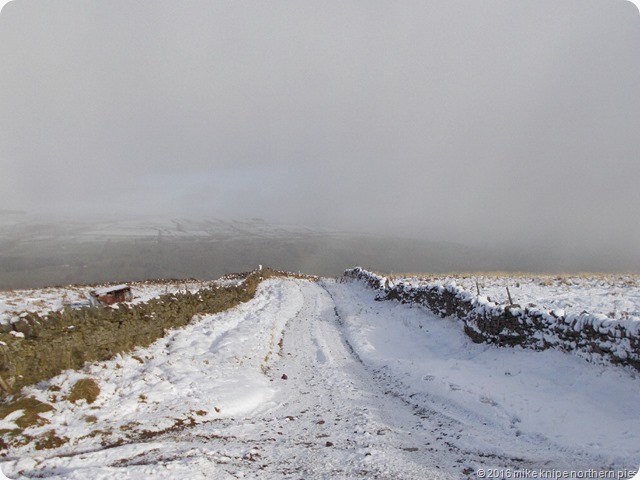 Me and LTD were intending to go from St John’s Chapel to Chapel Fell Top, across to Fendrith Hill and then down by the Weardale Ski Club’s installations at Swinhope back to the start.

We began in an incipient snow shower and plodded up the lane towards Green Laws Vein where the snowing stopped and the sun came out.

However, it had been quite hard work so far. I was having one of those “unfit” days and, wearing winter gear for the first time which I find restrictive and heavy. 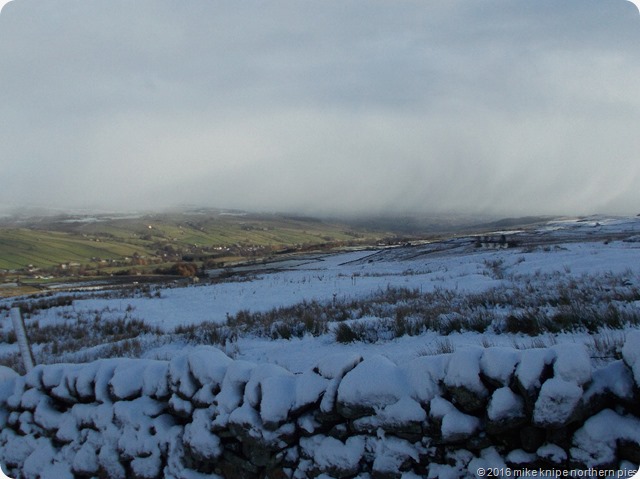 Up by Green Laws, the snow was suddenly deeper. It was heavy, wet stuff too, with greasy mud underneath and deep vegetation.

Higher up, by the steeper bits, even LTD began to struggle, now ignoring the rabbit scent and footprints for a series of short leaps and, at times,  he was almost swimming through the white stuff. 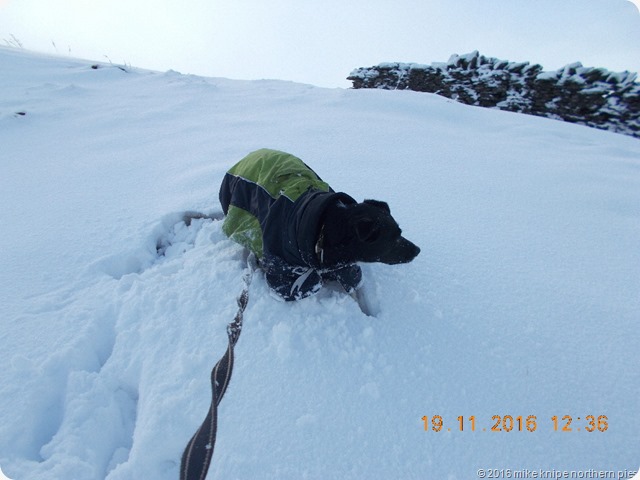 We reached a flatter bit. The snow was less deep here and there was even  a bit of spindrift but we were now in the cloud and it started snowing again. It drifted past, freezing one side of my face and covering my specs. I blundered on a bit on a compass bearing, trying to ignore the feeling that this was all about to go badly wrong.

So, we turned around and followed our footprints easily back down the hill. 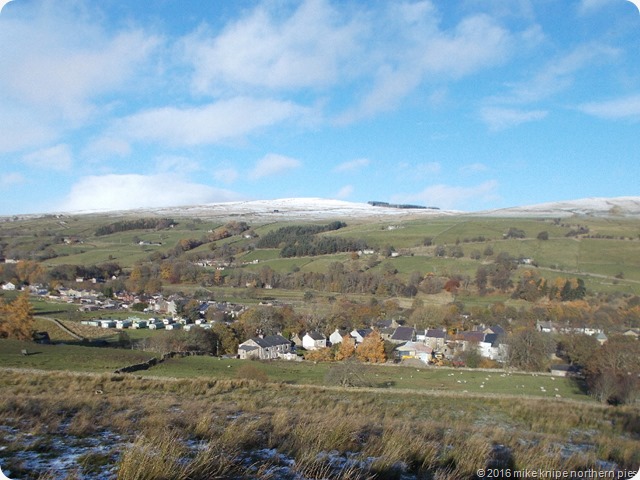 Lower down, the sun came out and the tops appeared out of the mist. But it was too late. I didn’t have the motivation to have another go and, instead, repaired to the Chatterbox Cafe in St John’s Chapel where the dog is allowed in to witness me supping hot coffee and scoffing a jammy scone whilst chatting to the lad at the counter, who told me about running his 4x4 into the ditch just a bit up the Chapel Fell road.

I’ll have another go on another day. Chapel Fell’s been there a while and it’s unlikely to be disappearing soon. What we need is for the snow to build up a bit more and to freeze into some lovely neve. This is not all that uncommon up the Weardale Fells.

Or I could just dig out the snowshoes and goggles. (dhuhh)

Cafes with hot drinks and scones sound perfectly sensible to me.

There always is another day Mike.

we took our beastie up to the top of the bridleway today to play in the snow. Then we came back down!

Chrissie : That's what I thought...
Dawn: I thought that too!
Yasmine: Not just me, then.. I thought later that I'd abandoned too early and, maybe it was OK later on...