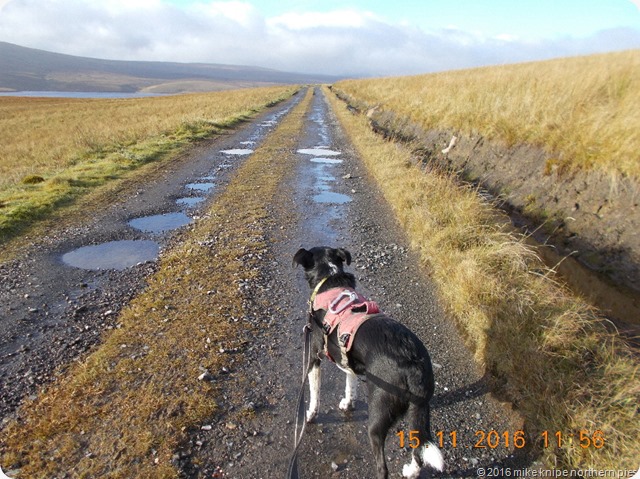 There will now be a short series of North Pennine tops walks, the point about which is that dogs are pretty much banned from most of the taller North Pennine hills due to the “protection of ground-nesting birds”. They mean grouse, of course. But it occurred to me that in the winter, there’s not much nesting going on and not much keepering is likely to be taking place in those high places where the weather nithers at the bones. 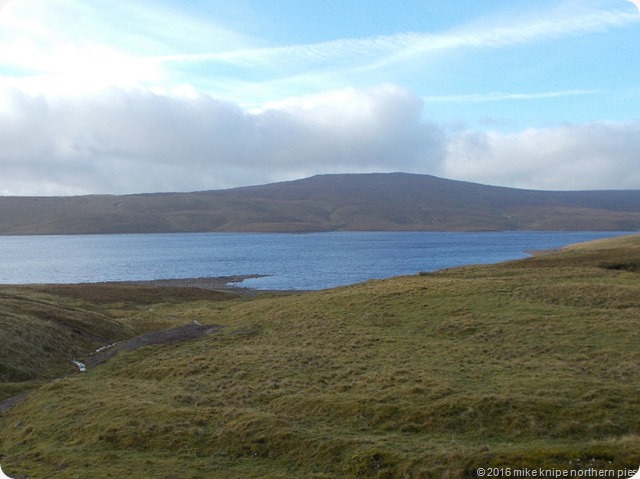 Anyway, there’s a bunch of 2000- foot tops in the North Pennines that LTD hasn’t visited, so, over the next month or two, specially when the weather is particularly challenging, me and LTD intend to bag a few of these and, in order to be a bit challenging to anybody attempting to predict where we’re going to go, and what routes we might take, we aren’t going to follow a plan. Instead, we’re going to go wherever we decide to go at the time. This is desultory bagging. The other point is that you can over-plan stuff y’know. Sometimes its nice to set off without an exact plan of where you’re going to go and what you’re going to do. Thus, new discoveries are made. It’s nice to poke around but it doesn’t get you fit… 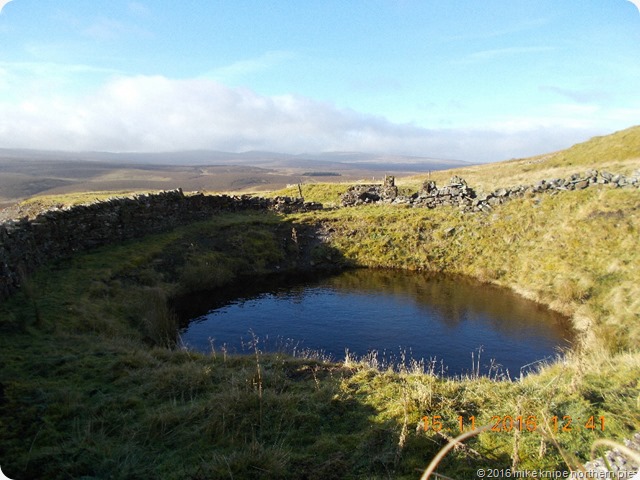 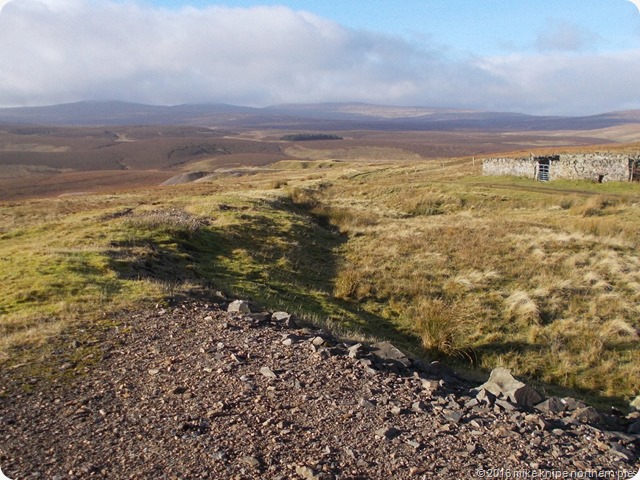 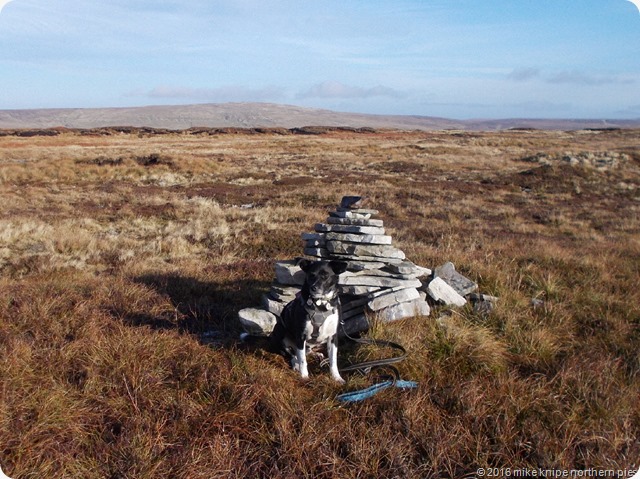 Today’s desultory bag was Viewing Hill. The weather was quite nice – sunny and not really cold and we bimbled up to Green Hurth Mineworkings from Cow Green car park and climbed up to the high point from there. A lovely cairn has appeared since the last time I was there (4 August 2007, apparently)

And, without a firm plan or route in mind, we wandered roughly Eastwards for a mile or so, joining the path from Cow Green to Harwood to return to the start. We didn’t do a straight line, but veered North for a bit to seek shelter for the comfy scoffing of an egg and tomato butty and some apple pie. 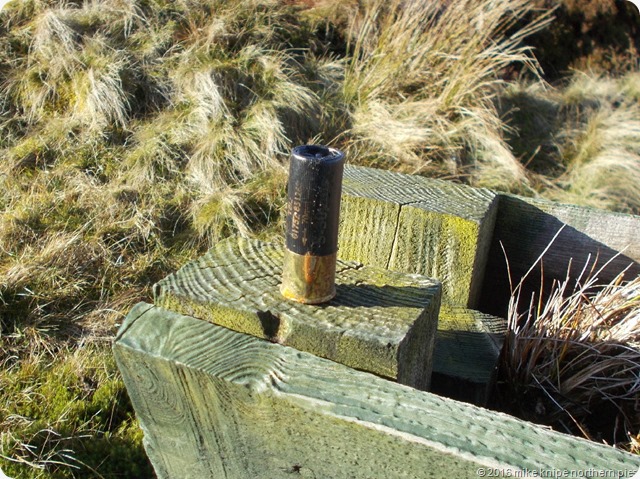 And then East again, not really looking much at the map, but heading, instead towards the lump of Cronkley Fell until we hit the ruins of a mine shop which is a landmark on one of the Durham County Council guided walks. At this point we knew where we were.

Once away from Cow Green car park, we saw nobody. We did see a few grouse, but not many. And we found a shotgun cartridge at a grouse butt. Careless loss, I expect.

It was 6 miles and only 700 feet of ascent, but a bit rough, but that’s the Pennines for you, innit?

Where shall we go next? 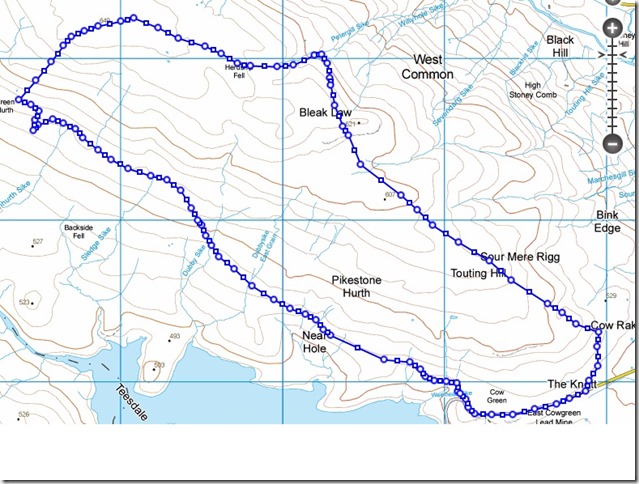 A nice wee walk with the added bonus of it not raining!

Speaking of getting fit, doesn't LTD look sturdy and strong! Of course I'm sure you do as well, Mike.

Ah yes, Quinn, my son-in-law has nicknamed Lucky "The Tank". He's only medium-sized but 18kg and there's no fat at all on him - and he doesn't really eat all that much either.. The trick is not to stand in his way when he's doing his really enthusiastic recall.... Happily, he has a really rosy view of humanity.